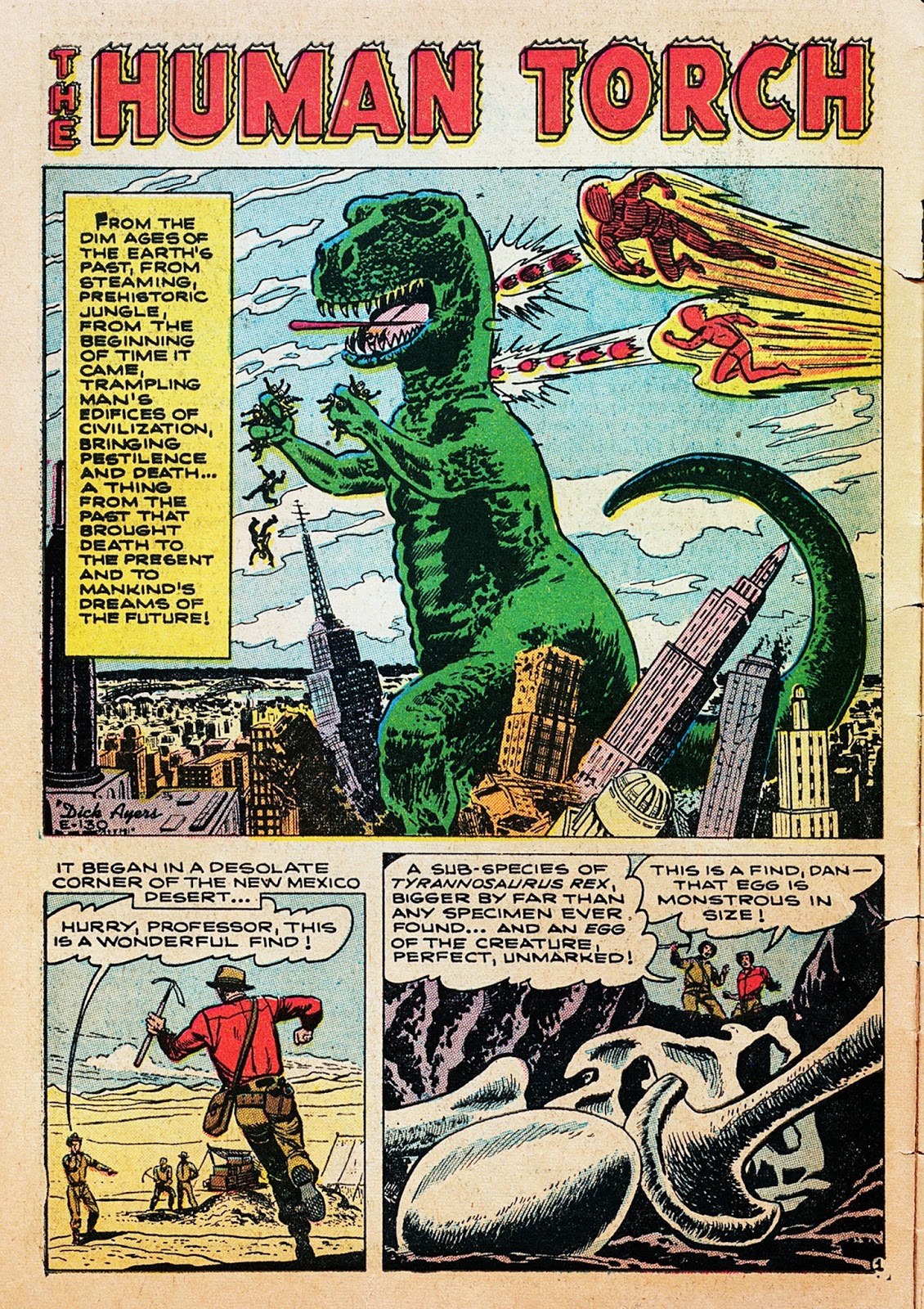 In tribute to the great Dick Ayers, who passed earlier this week, here's a story in which the original Human Torch and Toro battle Godzilla. Well, it LOOKS a lot like Godzilla doesn't it? The thing is that while GOJIRA was released the same year this was published, the Americanized version (with Raymond Burr) didn't show up until nearly two years later. So apparently this was Dick channeling Godzilla from the future! Man, he was good!

For a remembrance on Dick Ayers, written by myself and Craig Yoe, go here. 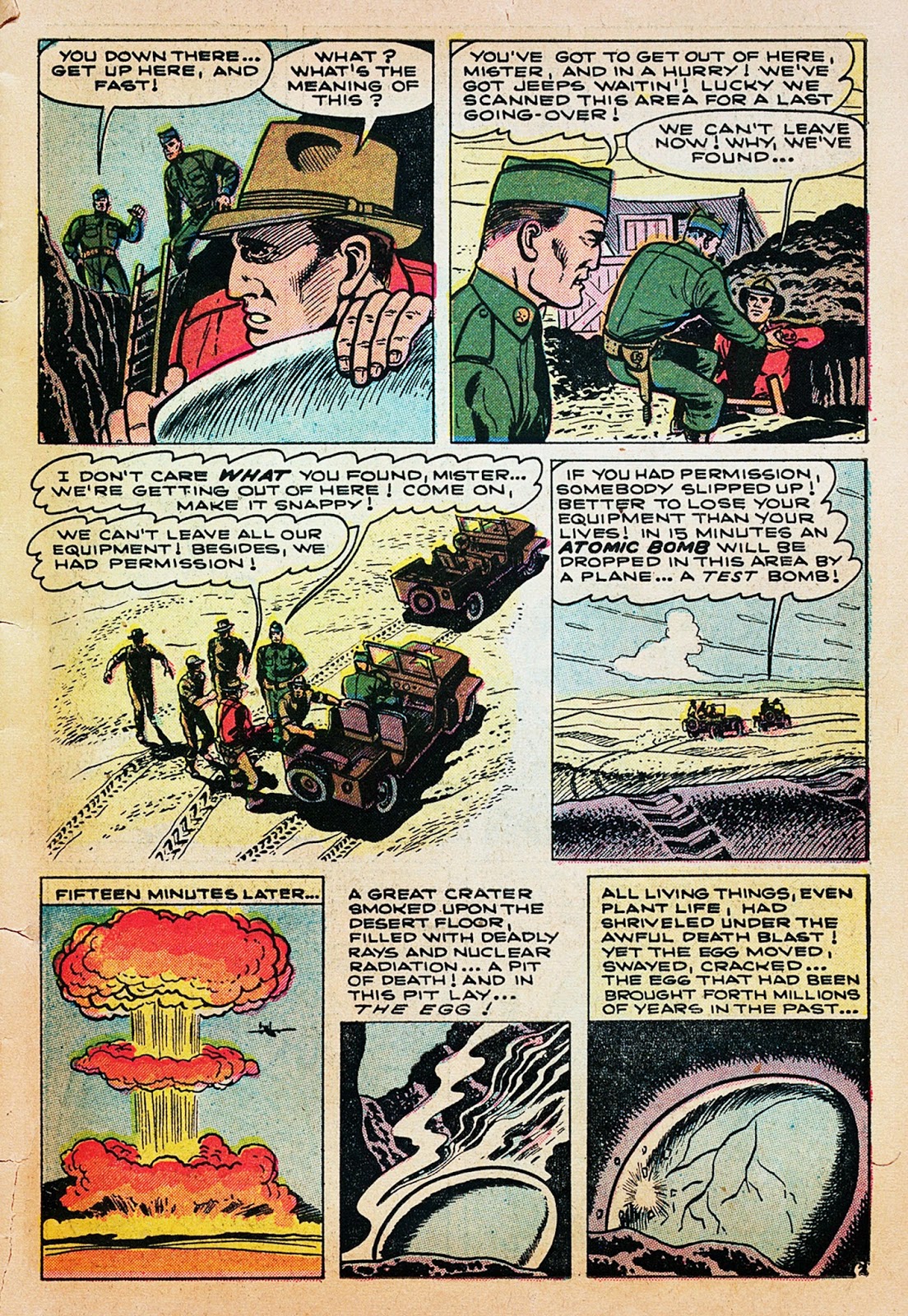 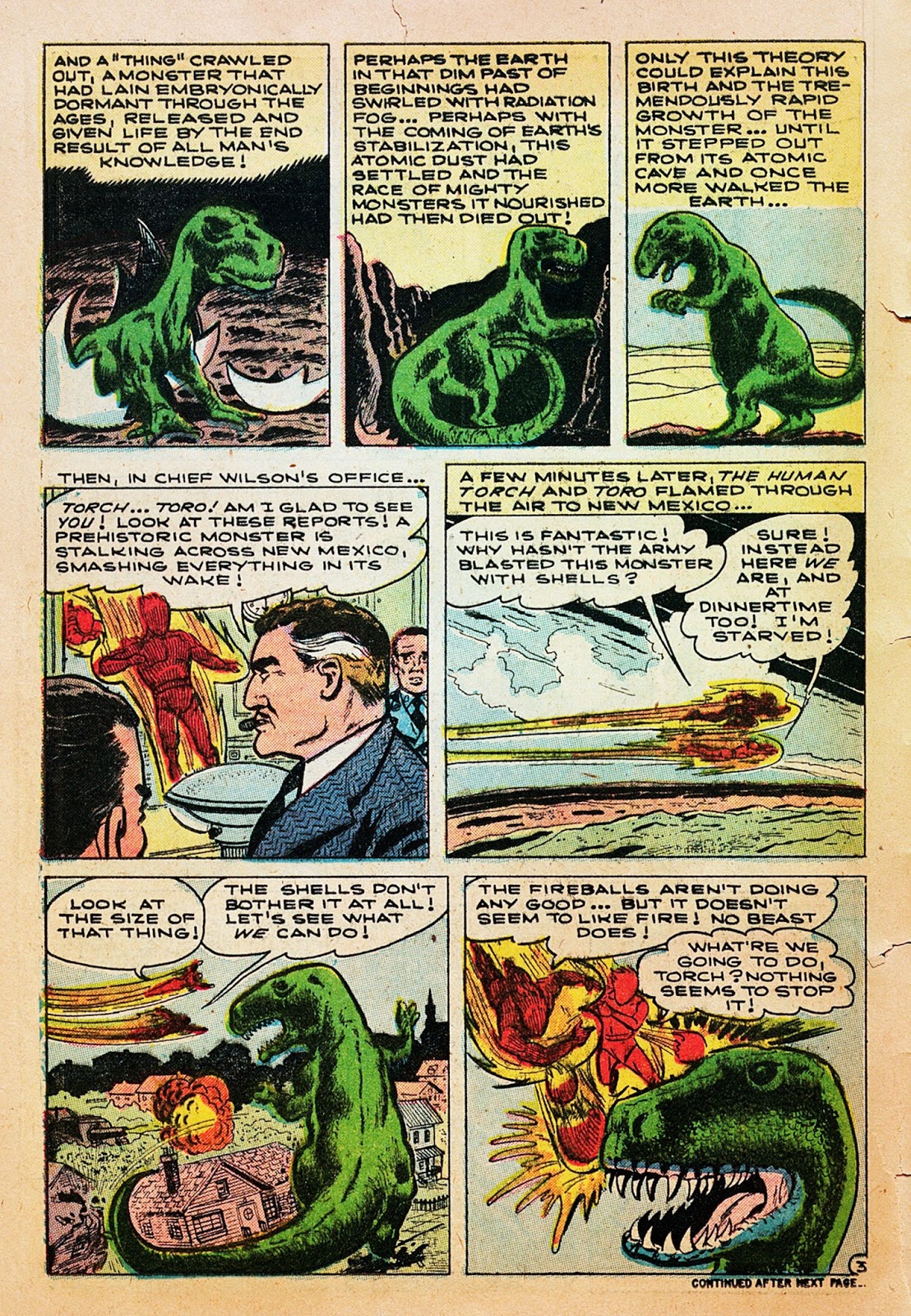 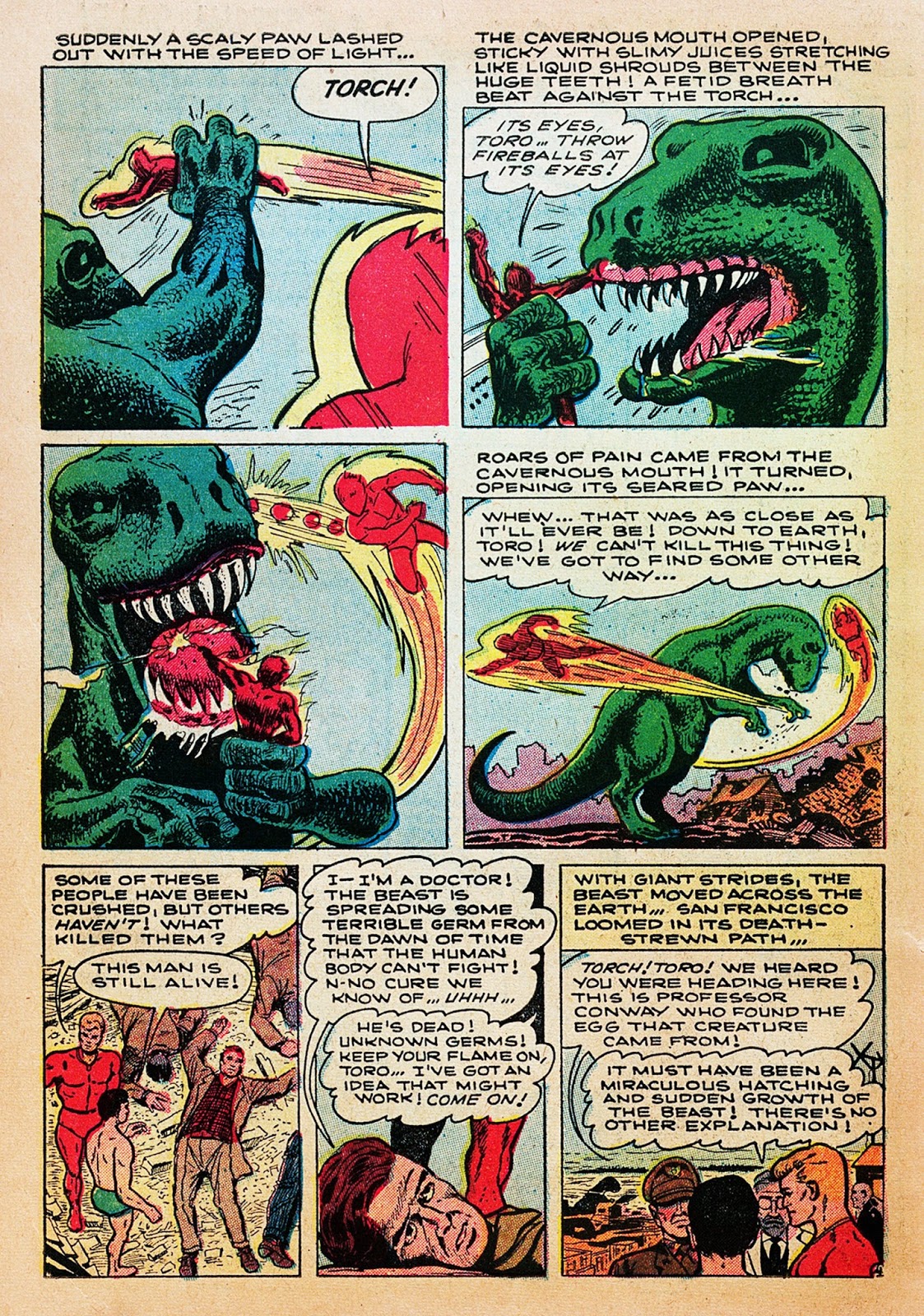 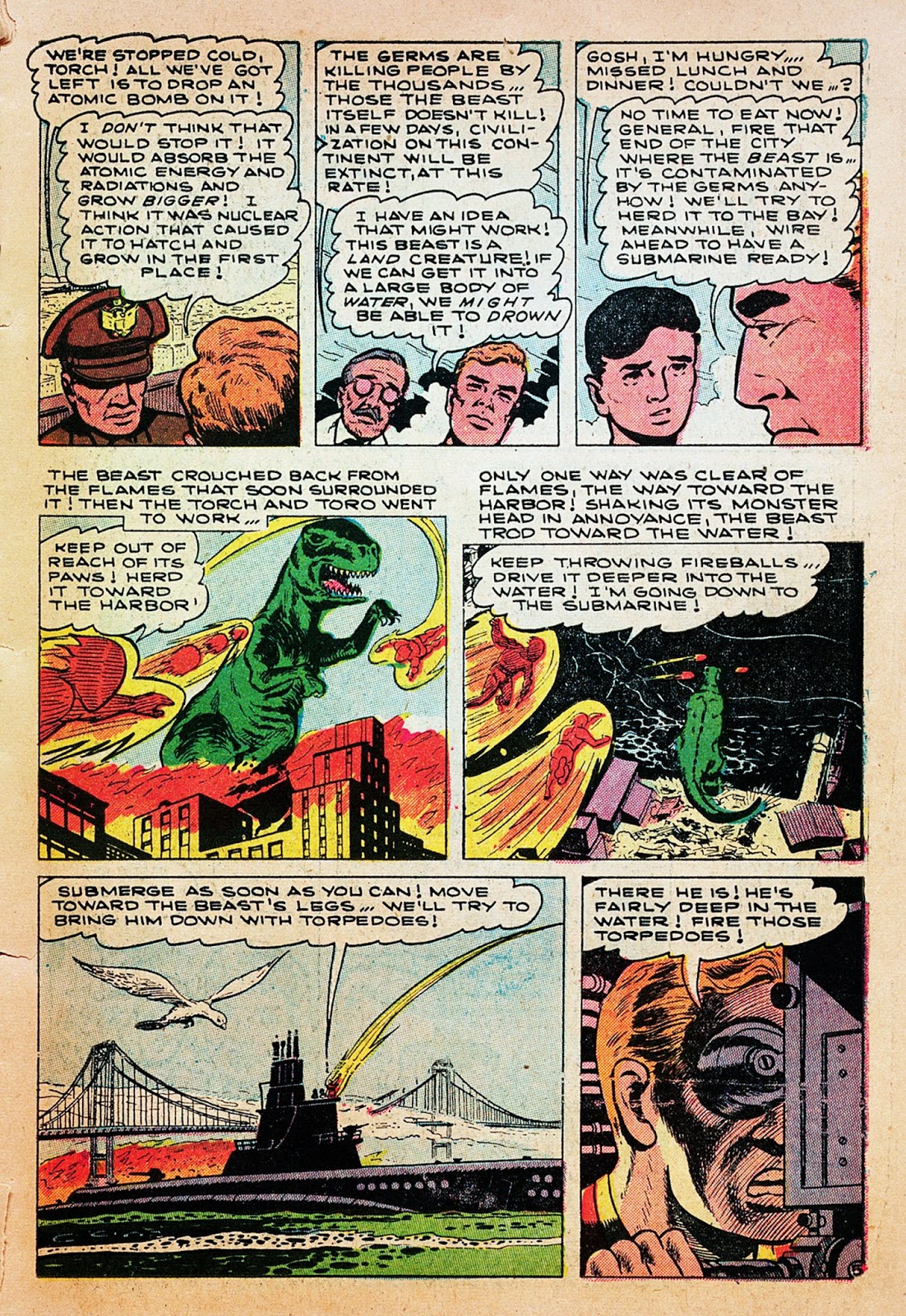 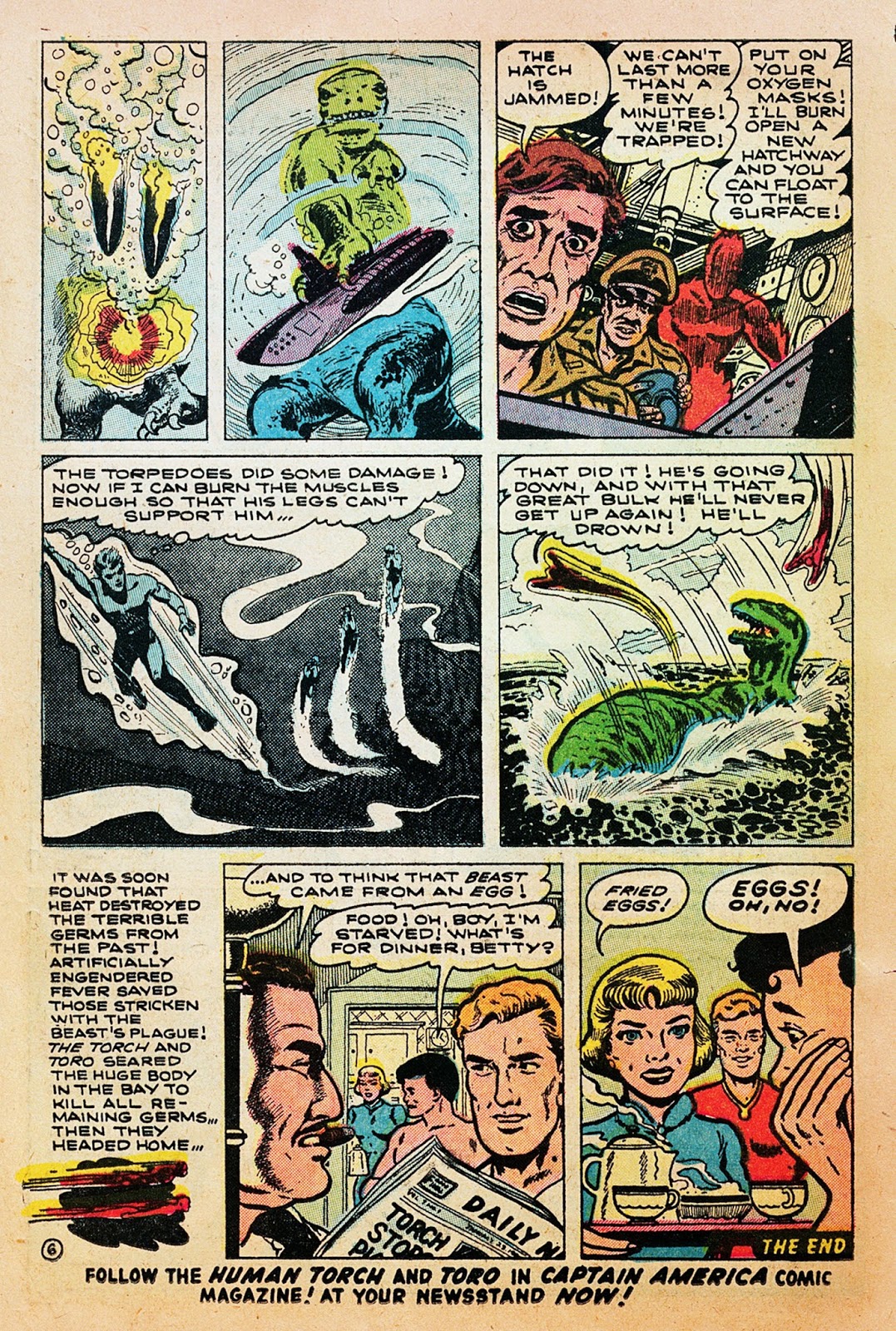 Who wrote this comic book story? It's so word-heavy it makes an EC story look like The Little King!

No idea who may have written it but in my attempts to find out, I see where Torch creator Carl Burgos actually redrew the Torch and Toro figures throughout the issue as they were pasteups over Ayers' art on the original pages.

Sounds like what Charles Biro did with the Daredevil and Crimebuster stories drawn by other artists: he drew the heads of those characters and pasted them over the art.