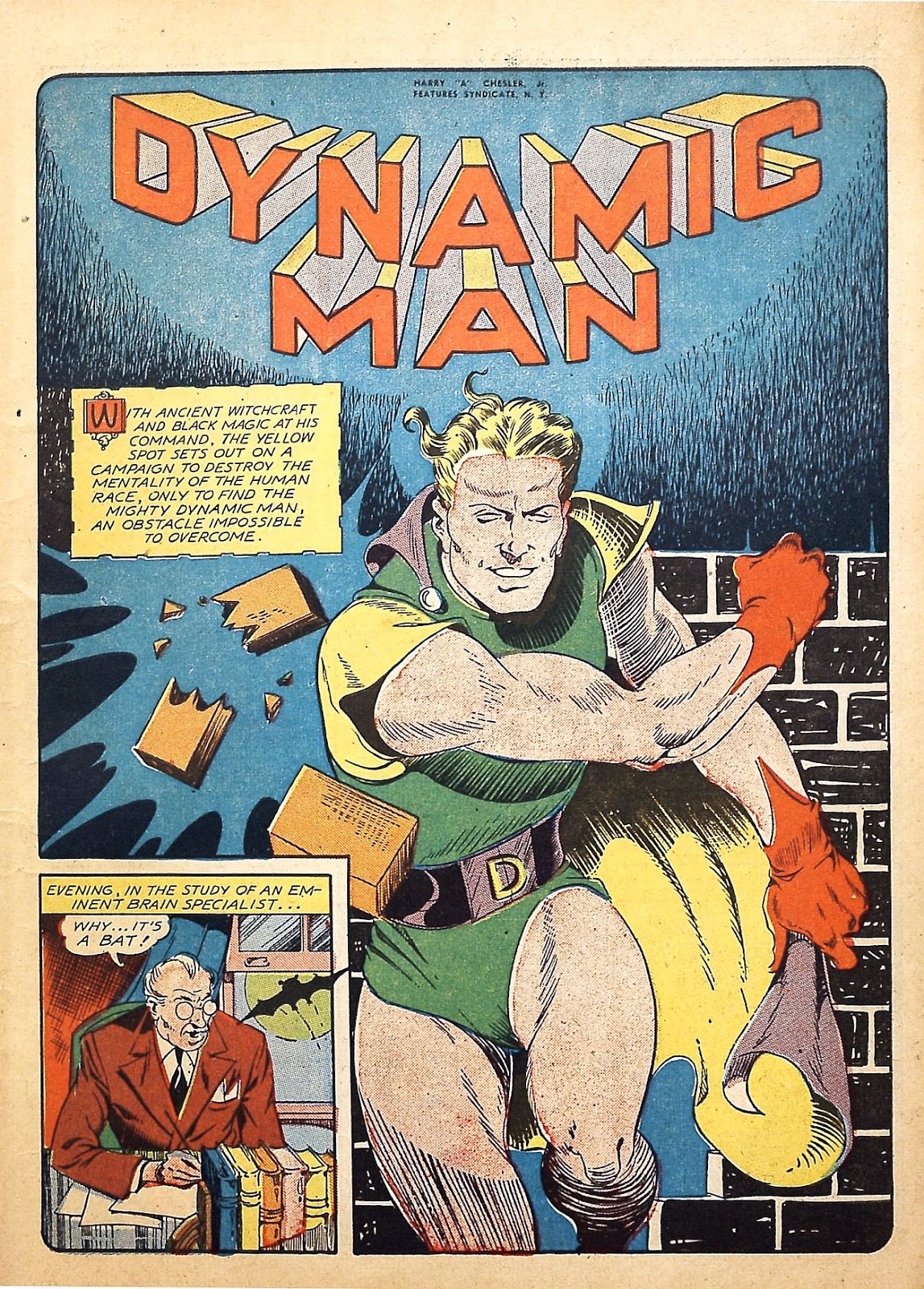 He was revived in recent years in PROJECT: SUPERPOWERS as the narcissistic head of the "Dynamic Family," a sort of parody of Superman by way of Rob Liefeld's (or rather Alan Moore's) homage/parody, Supreme. Odd, though, that this issue--a reprint of his first appearance--has so many bats. You'd think he'd be a Batman type, rather than a Superman type! 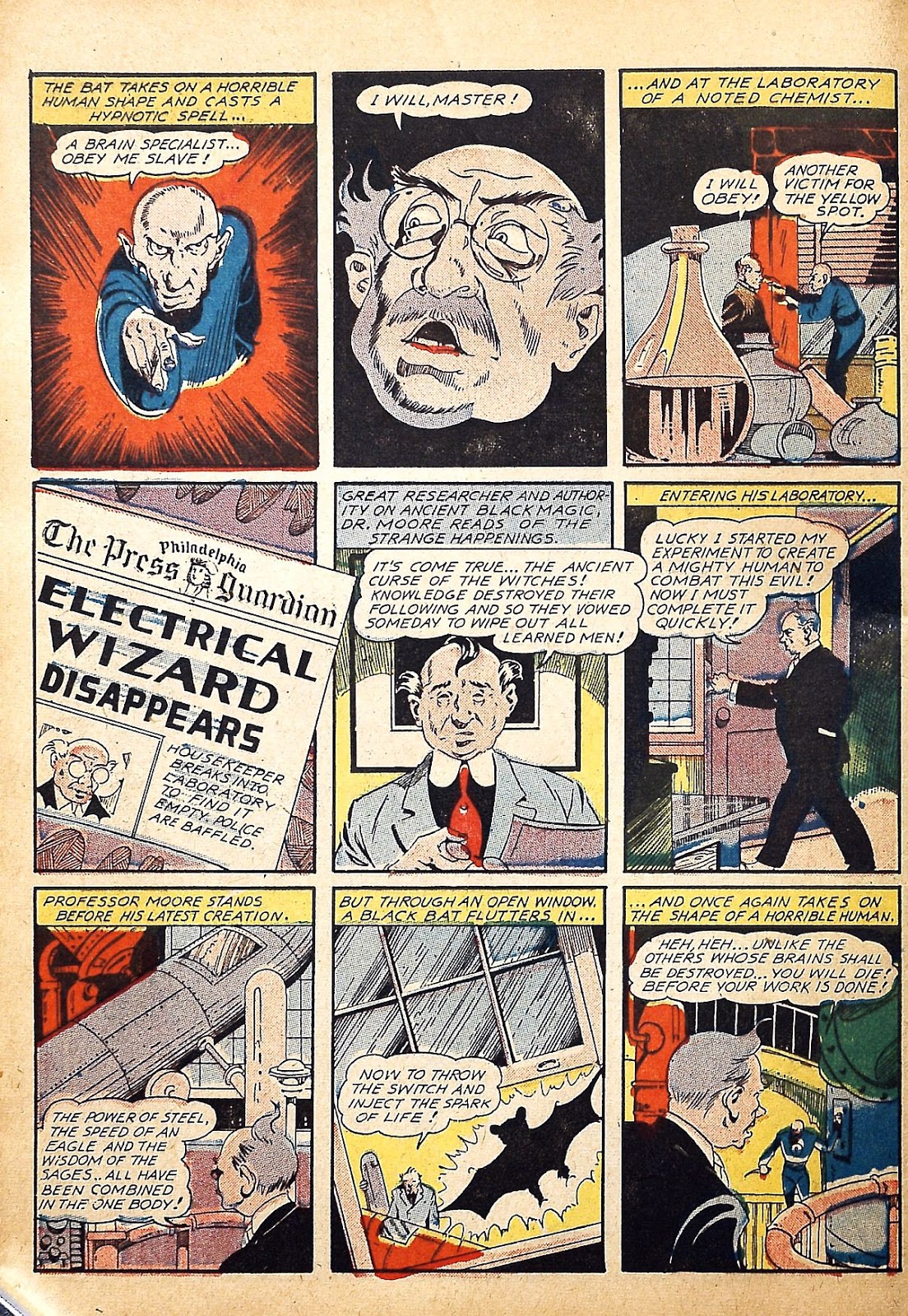 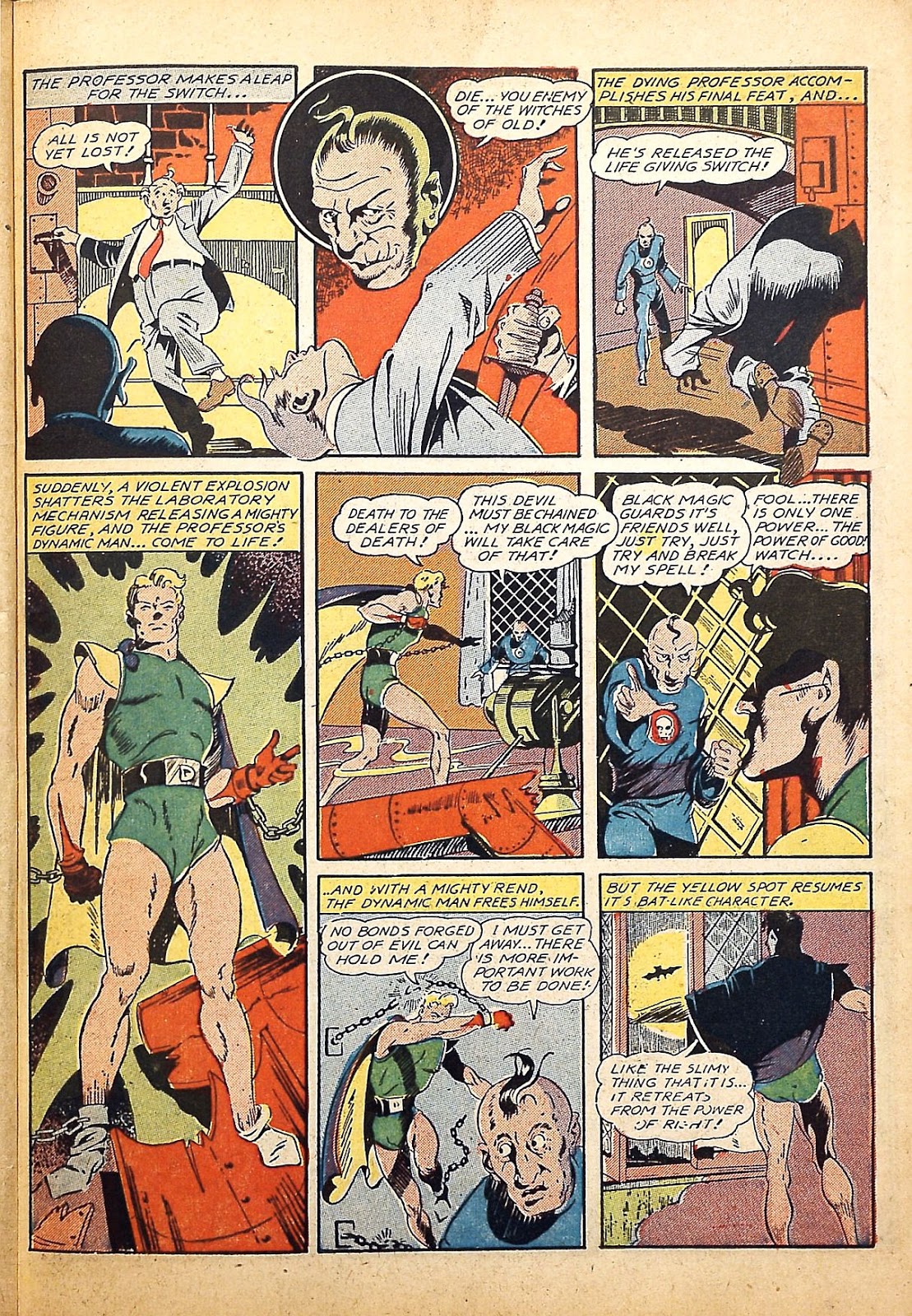 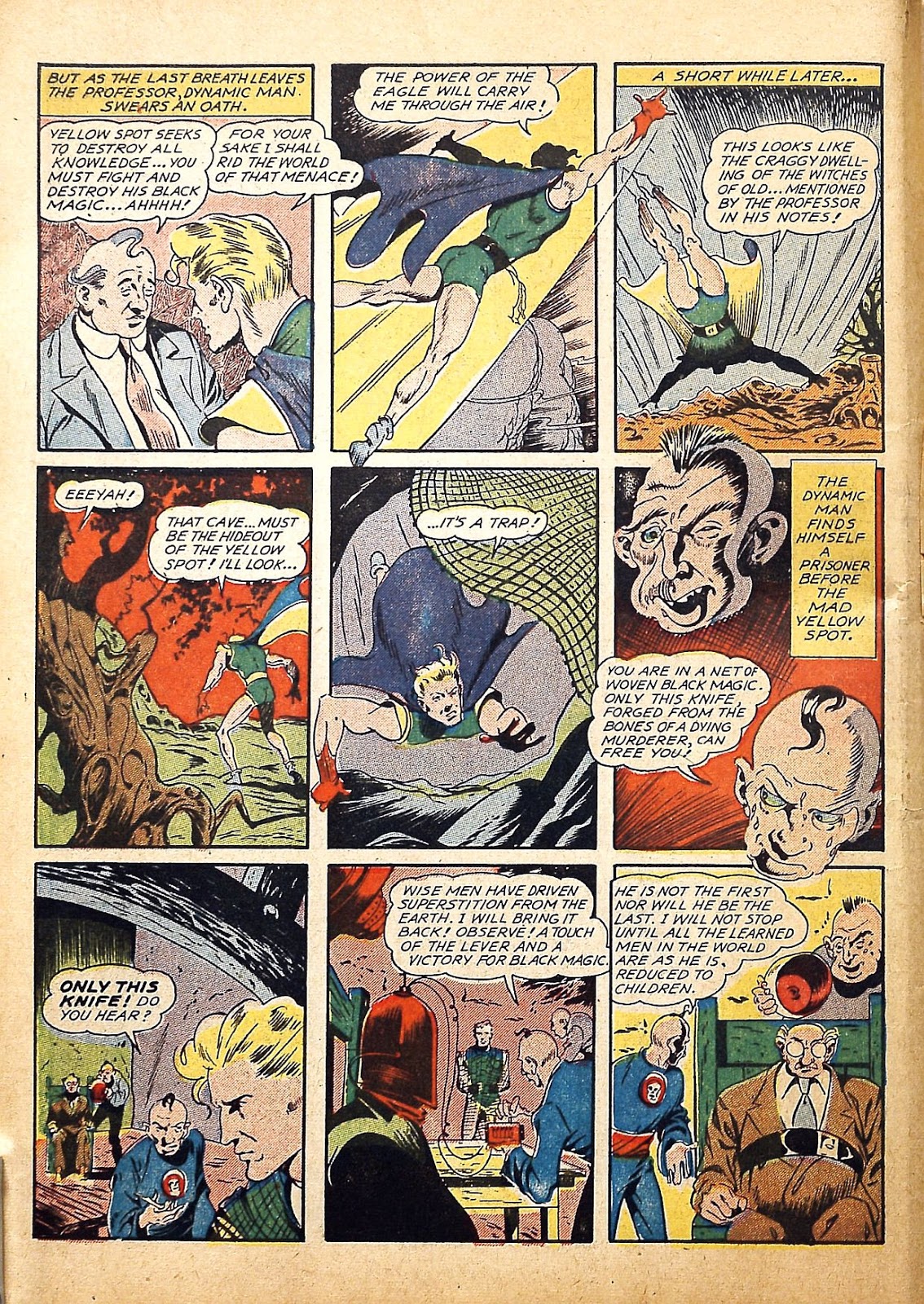 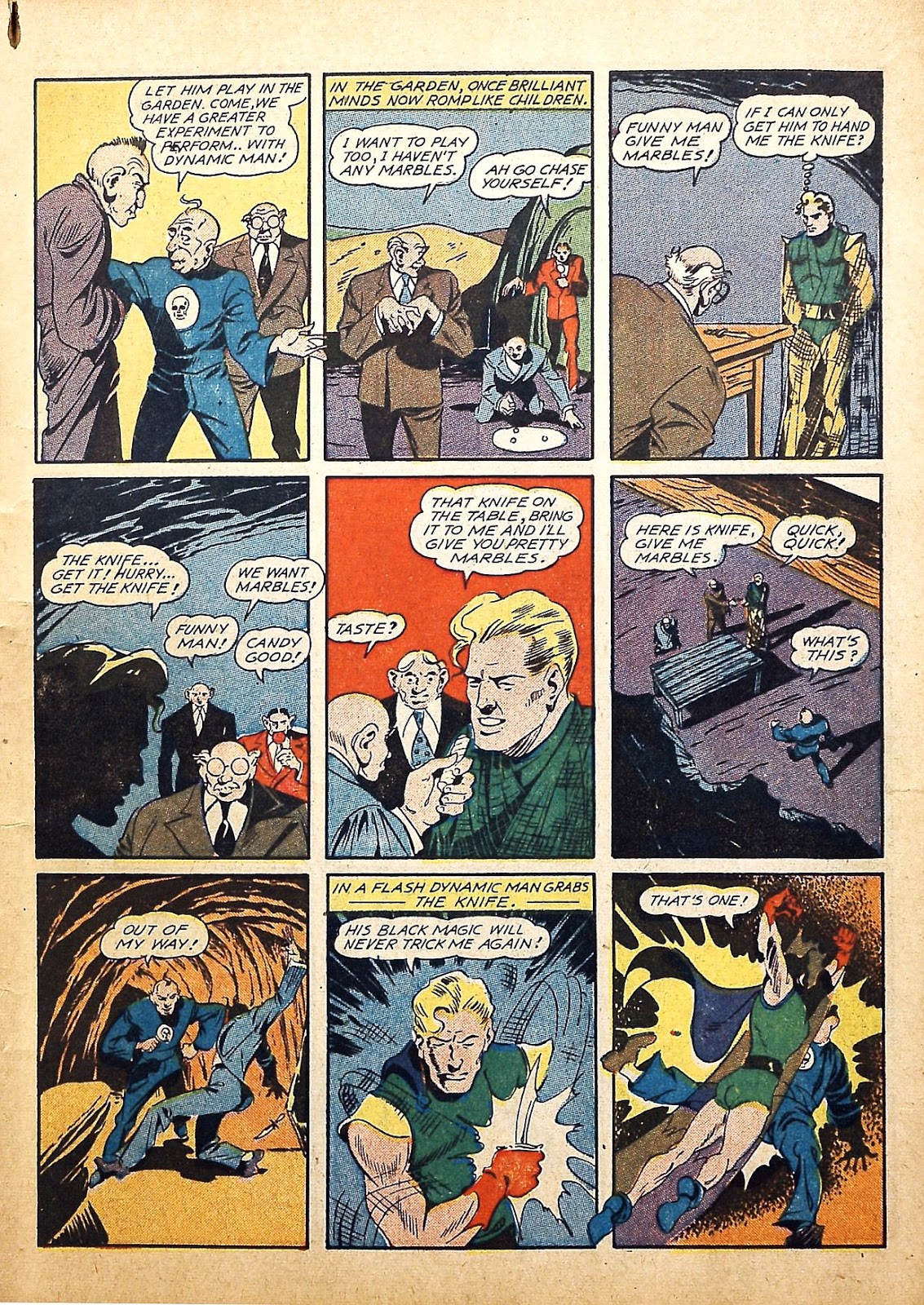 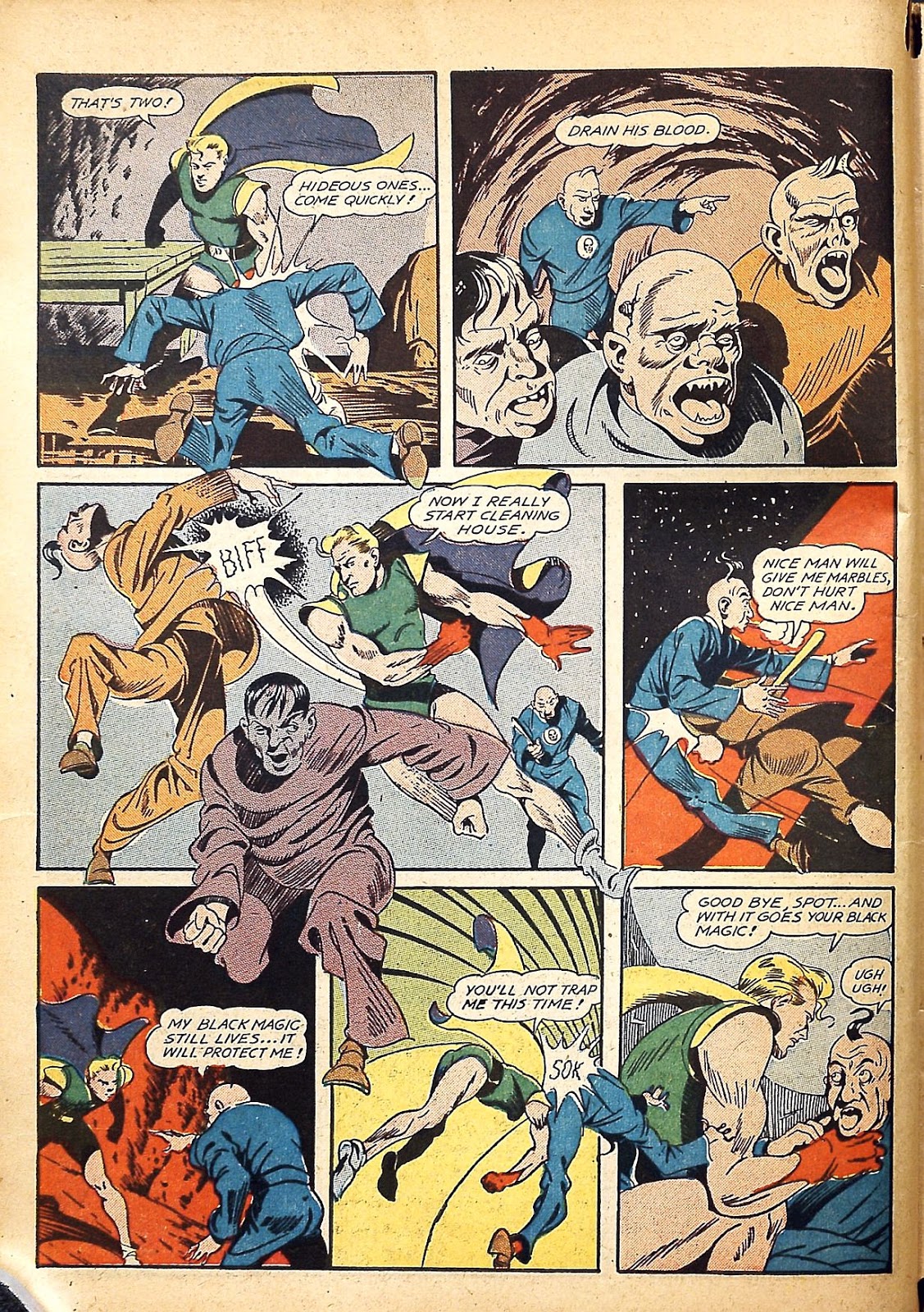 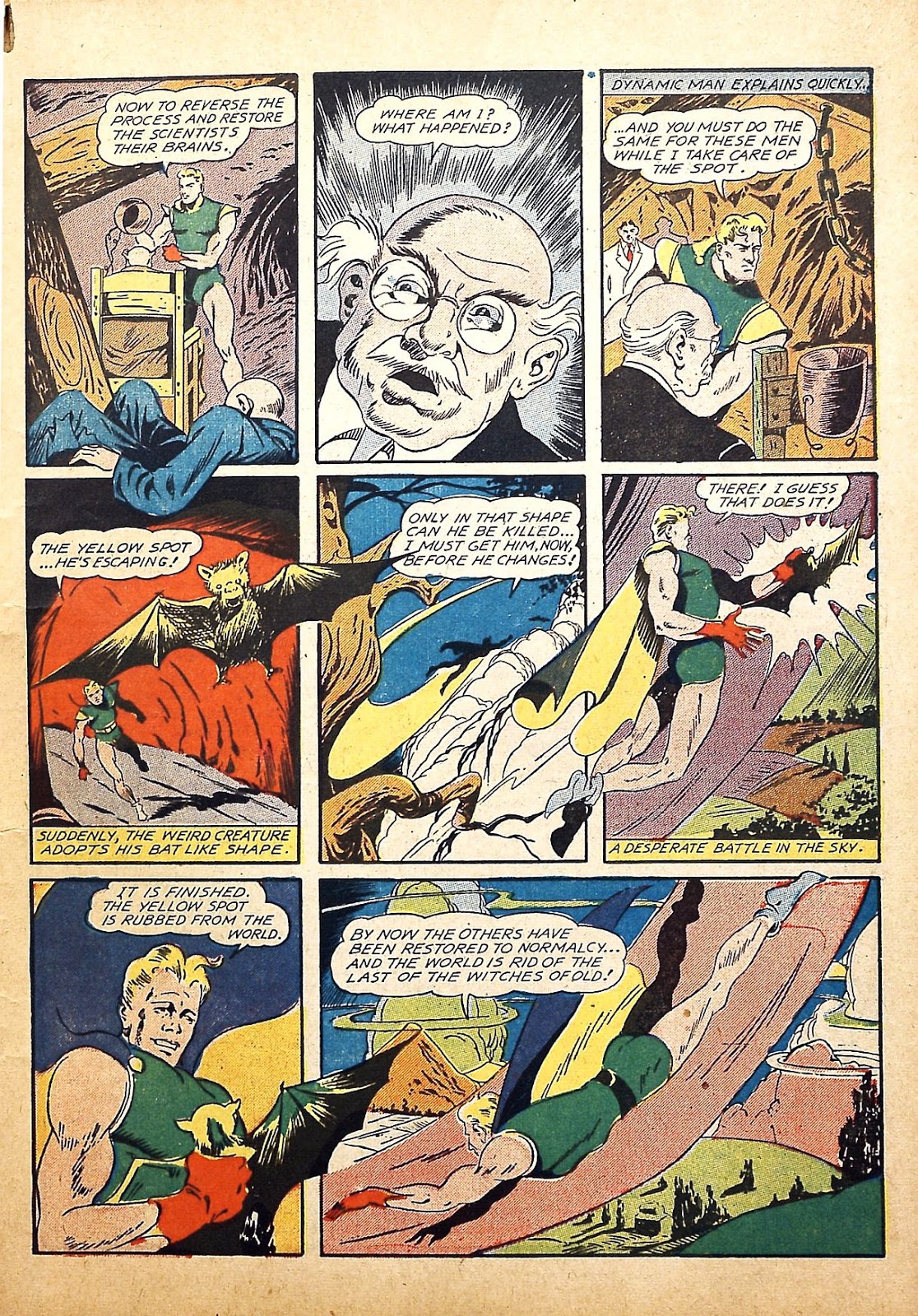