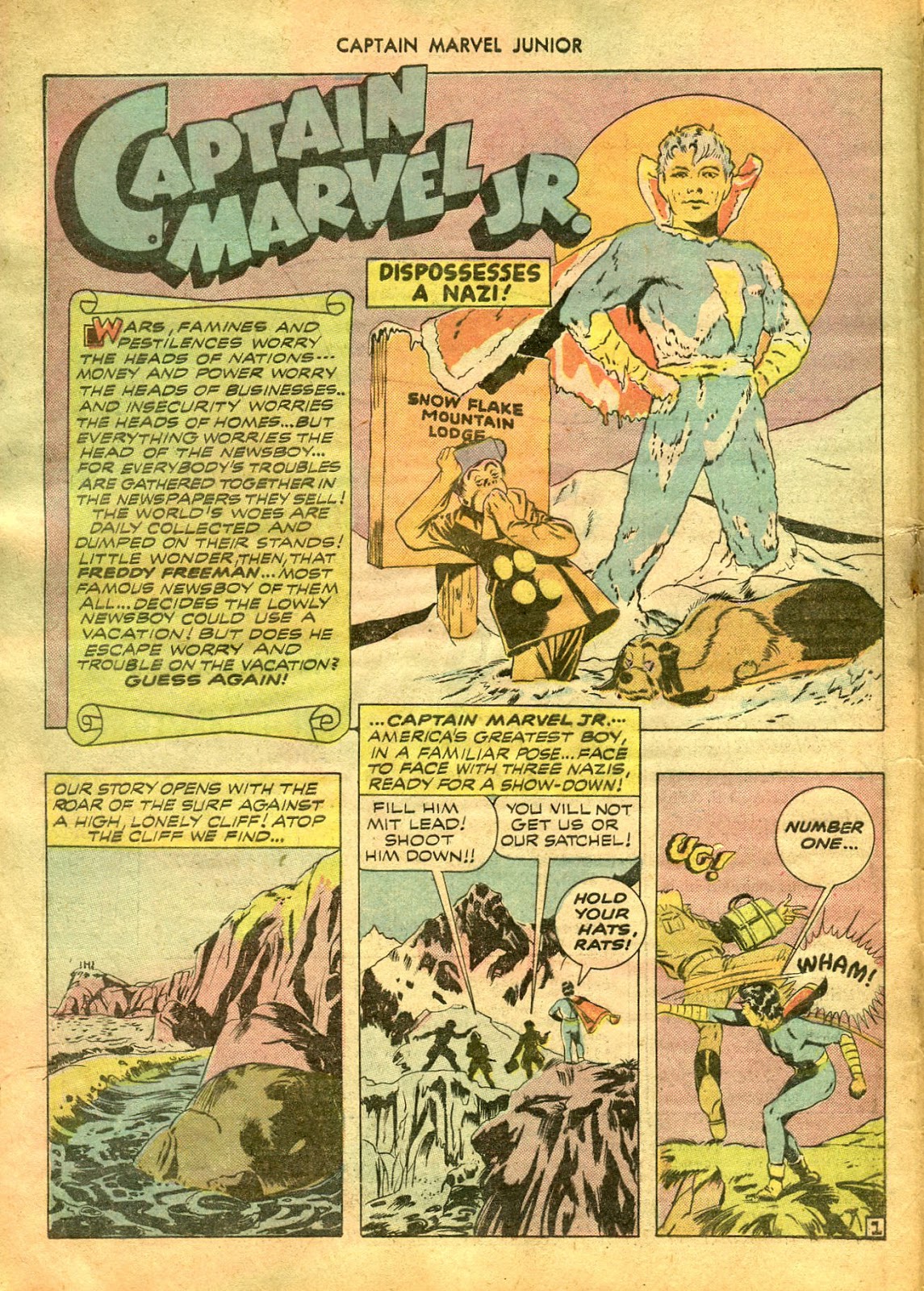 The great Mac Raboy did the definitive Cap Jr stories but if I didn't know better I'd say this one was one of those where later series artists imitated him. Not his best work. In fact, it's pretty wacky storywise, too! Jr. saves $150,000 in stolen money from Nazis by pushing them off a cliff to their deaths. When he attempts to return the stolen money he is simply GIVEN it as a reward! As Freddy, he goes to buy a ski lodge for the city's poor newsboys only to find it was JUST sold! So he suggests the owner simply put HIS name on the deed instead and refund the other buyers' money. Incredibly, the owner immediately agrees. This being 1943, the other buyers, of course, are murderous Nazis! Perhaps the oddest part is the supporting character of Arky, often drawn looking like swipes of Will Eisner's Ebony, and his dog, most definitely a swipe of Clifford McBride's Napoleon! 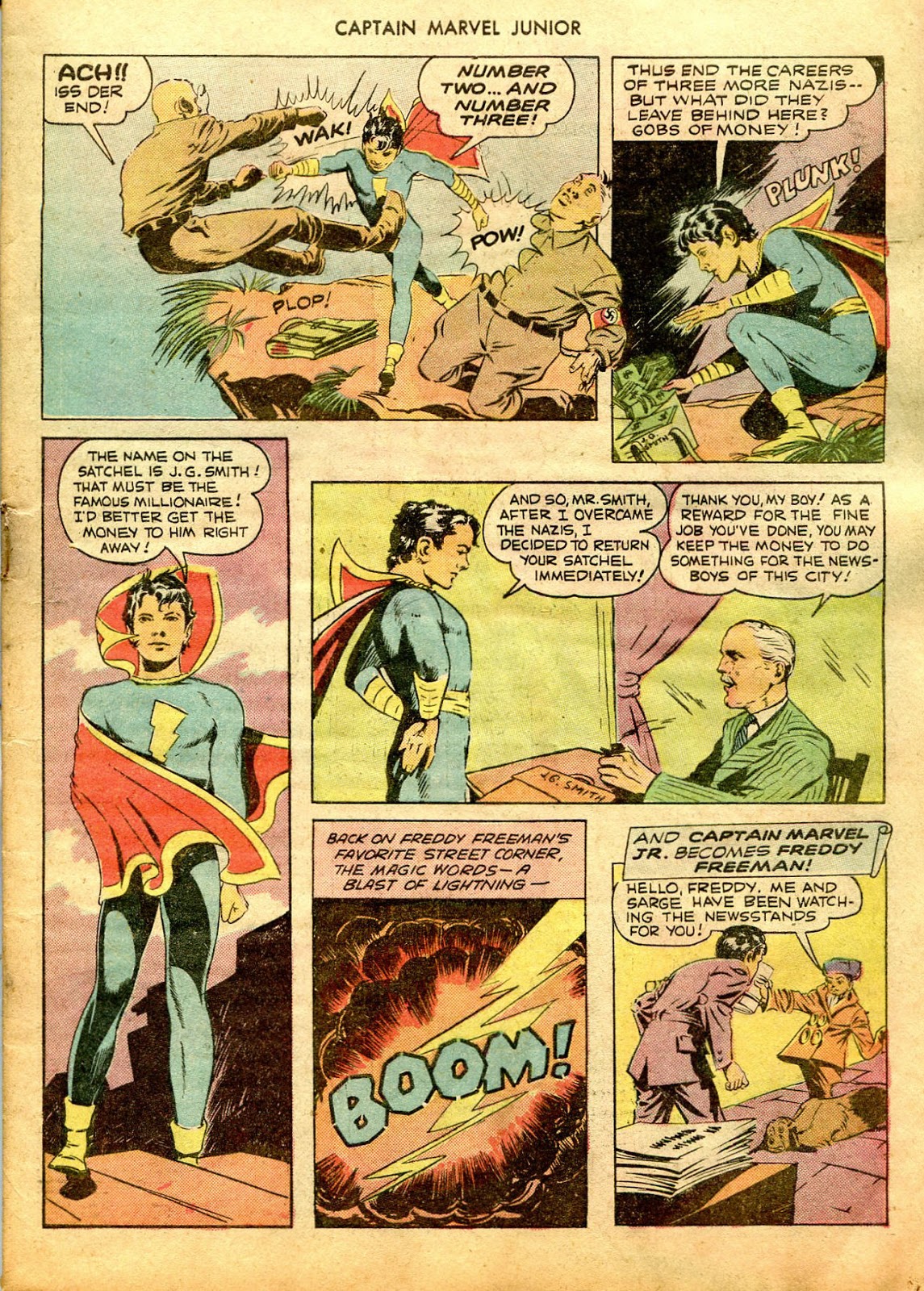 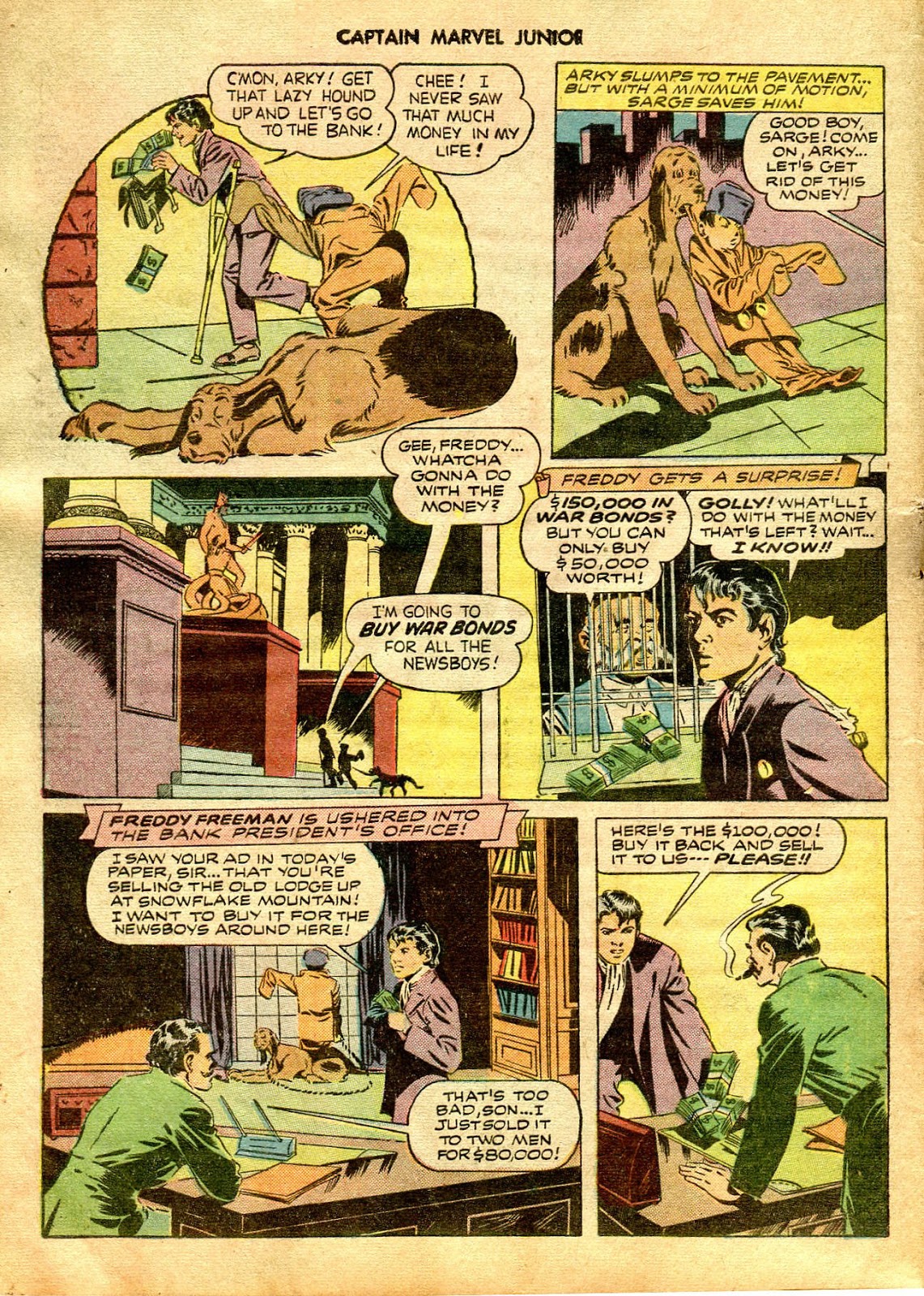 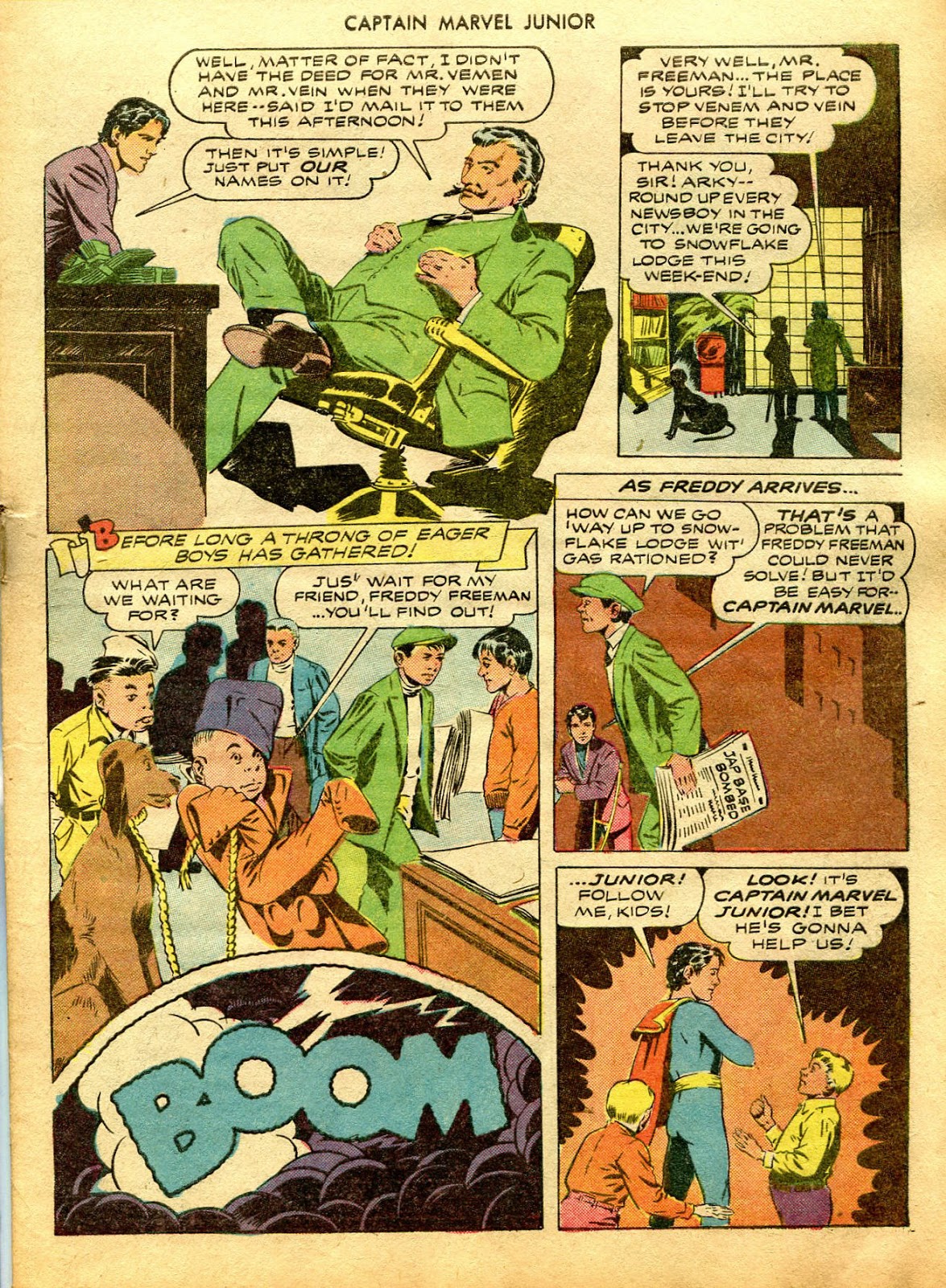 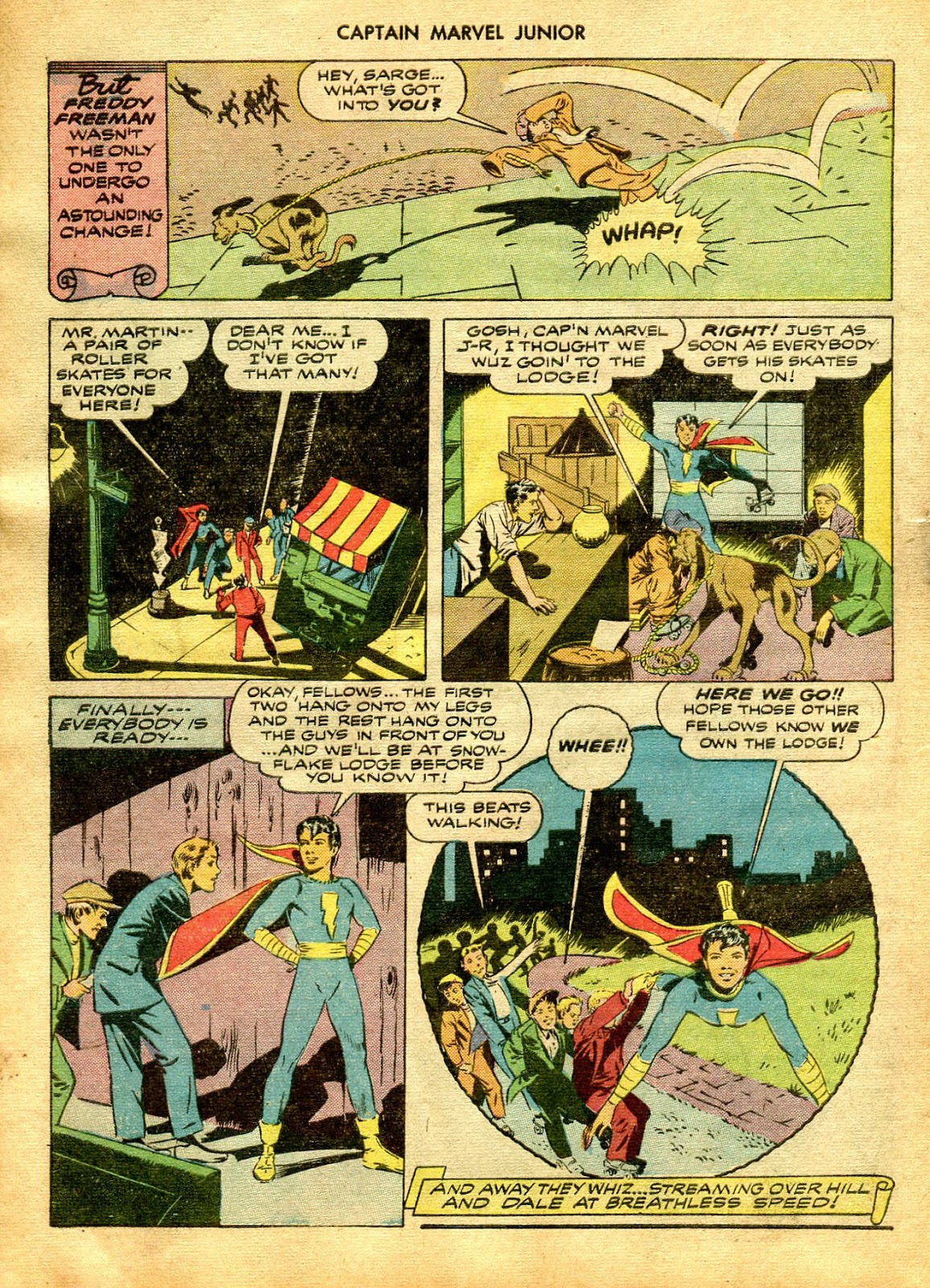 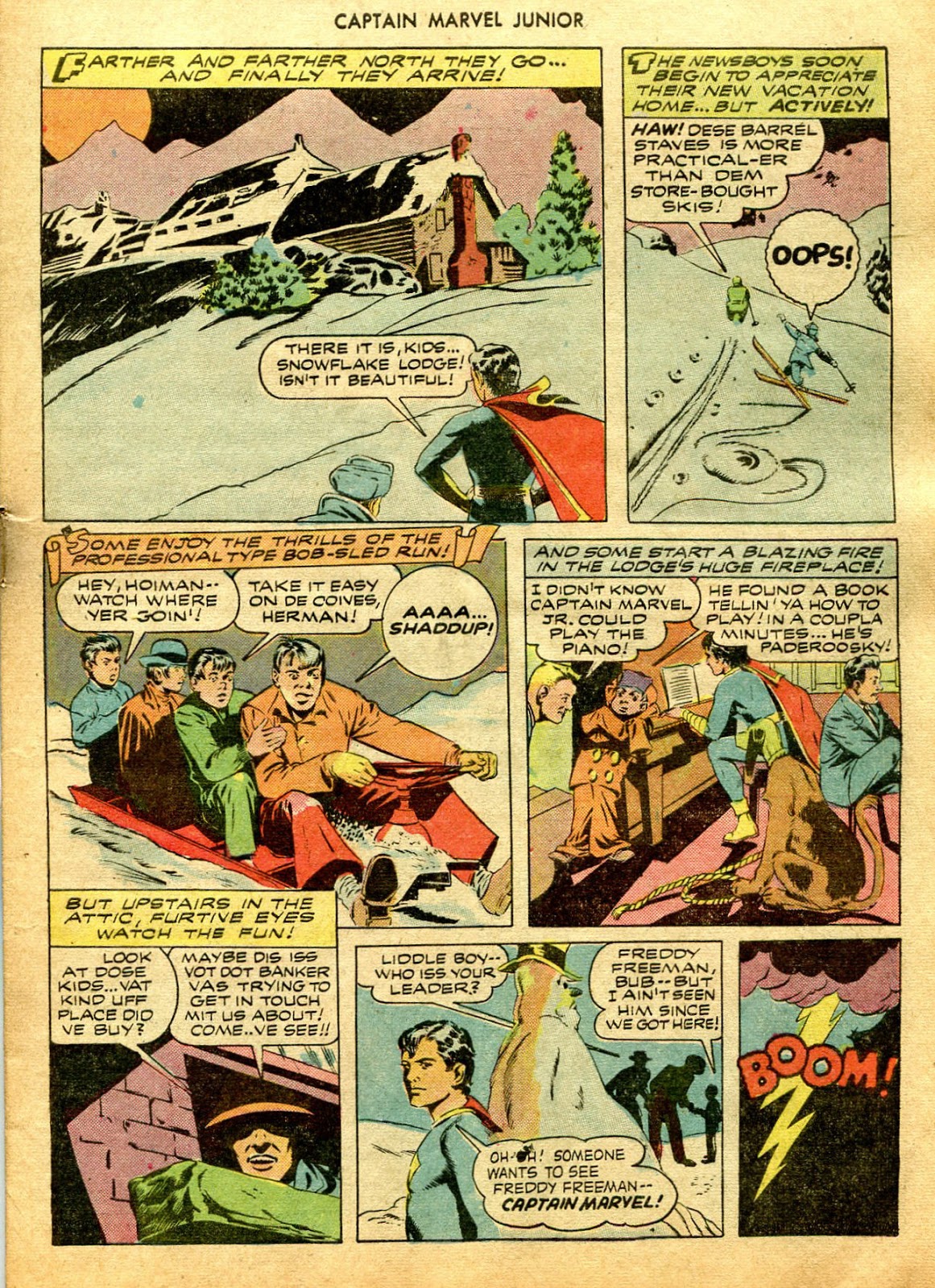 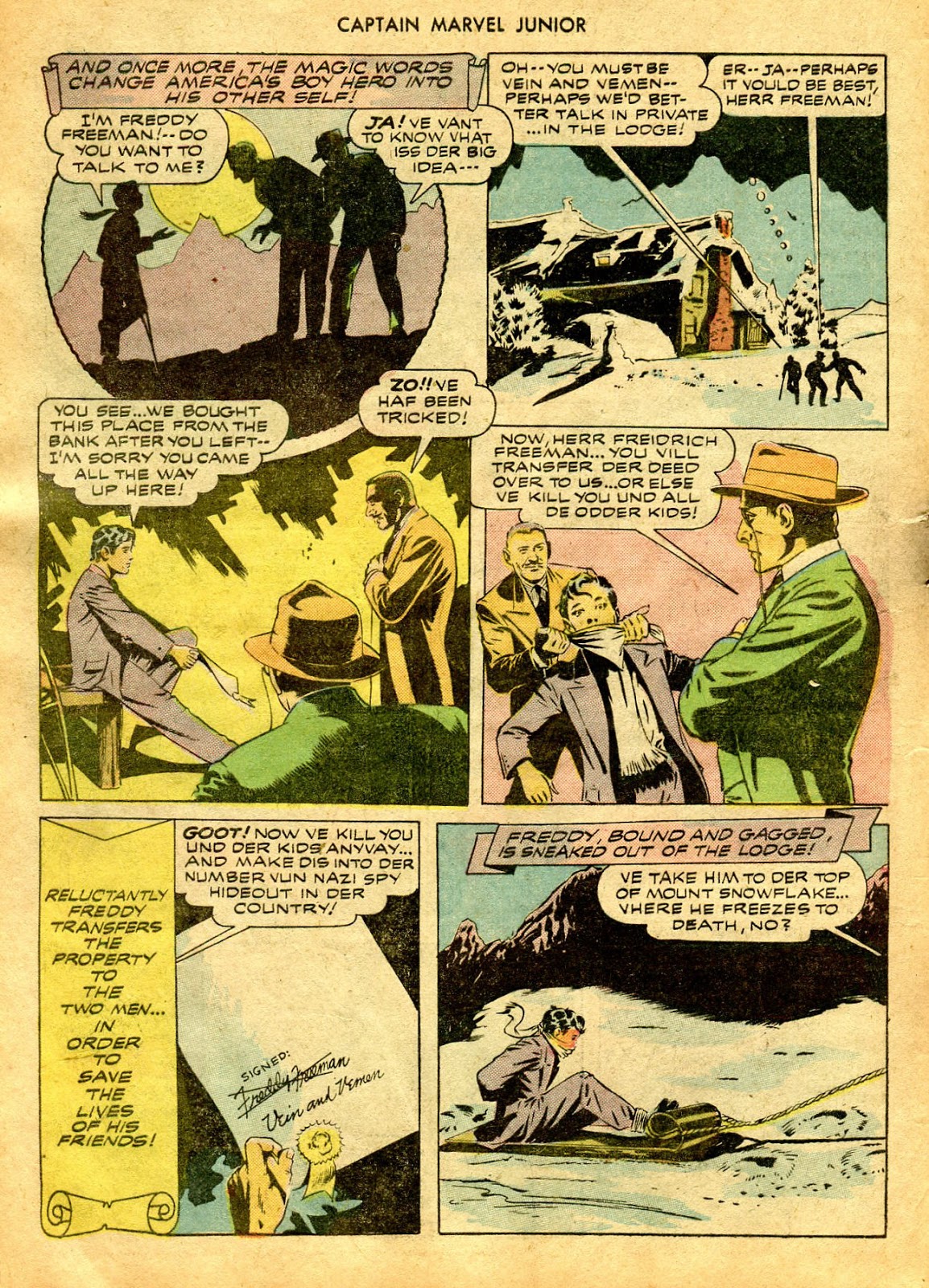 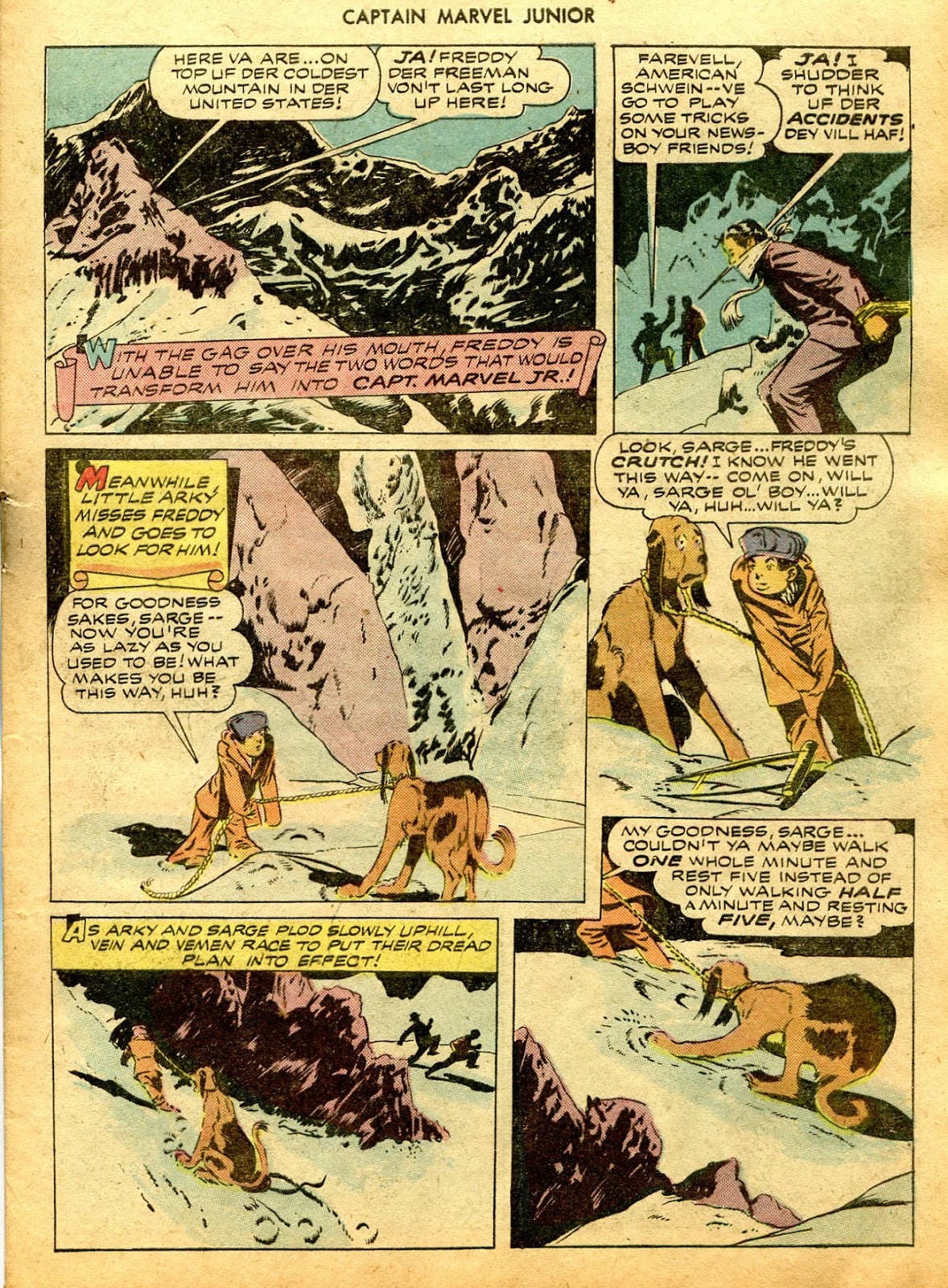 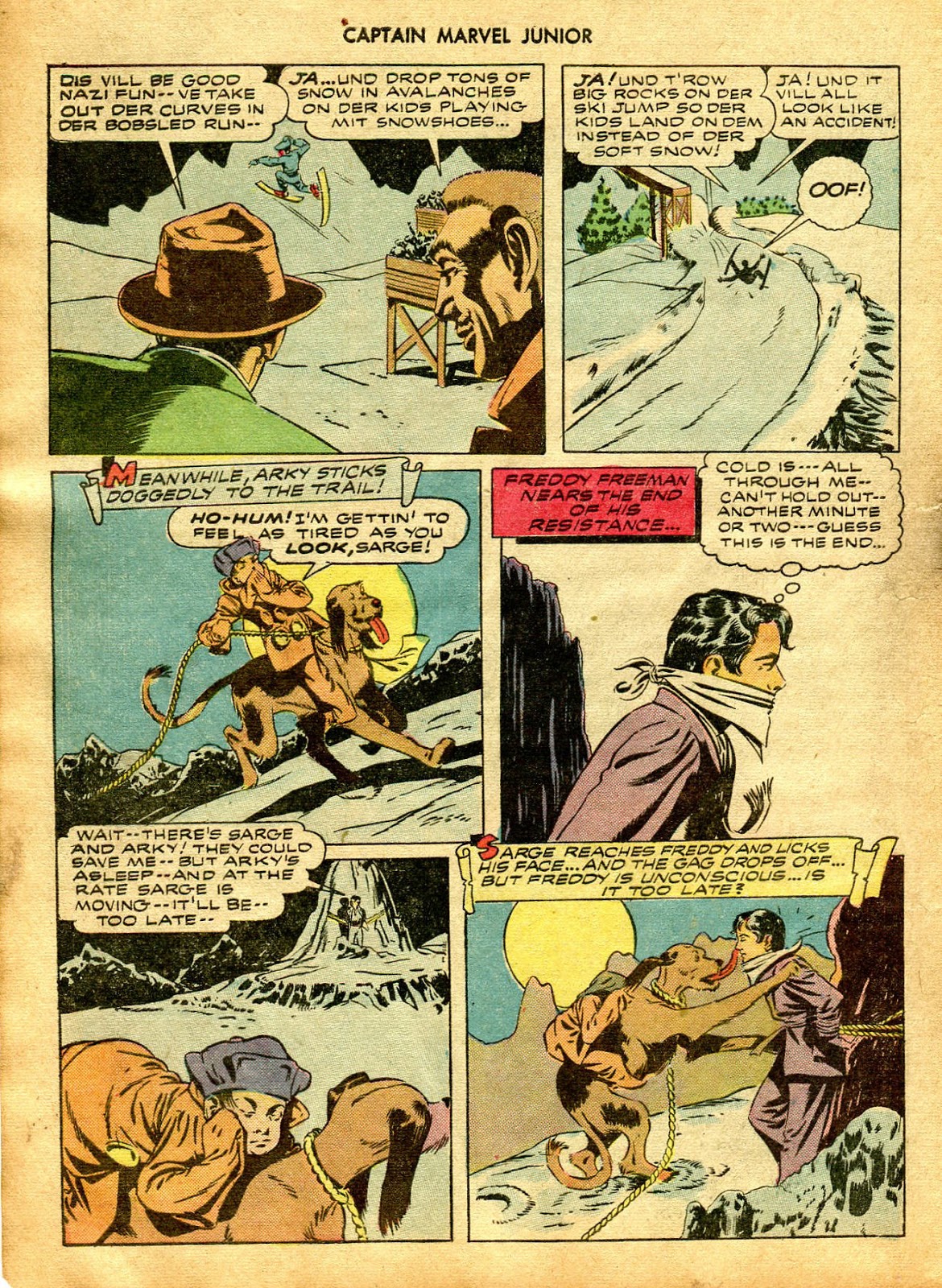 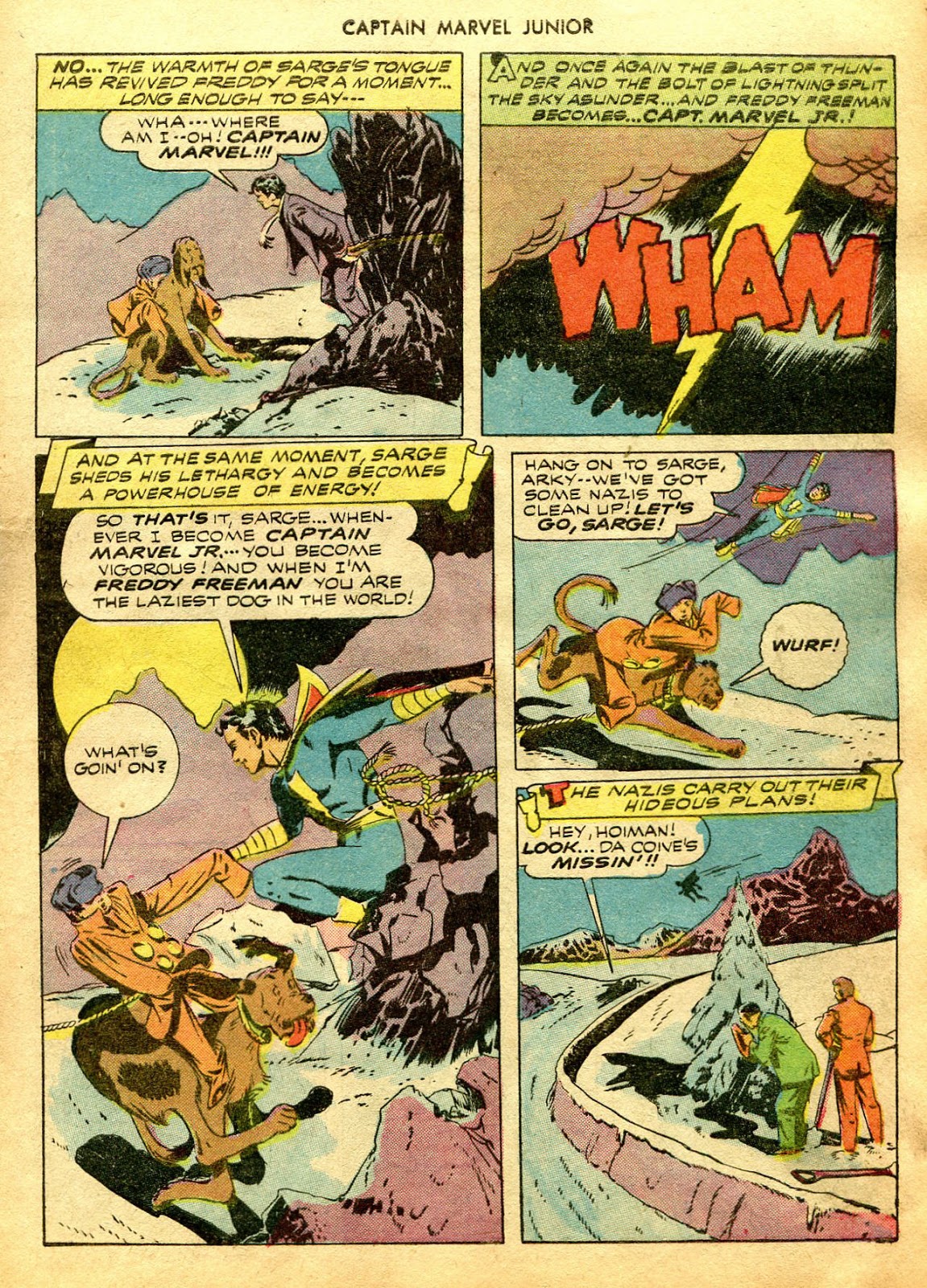 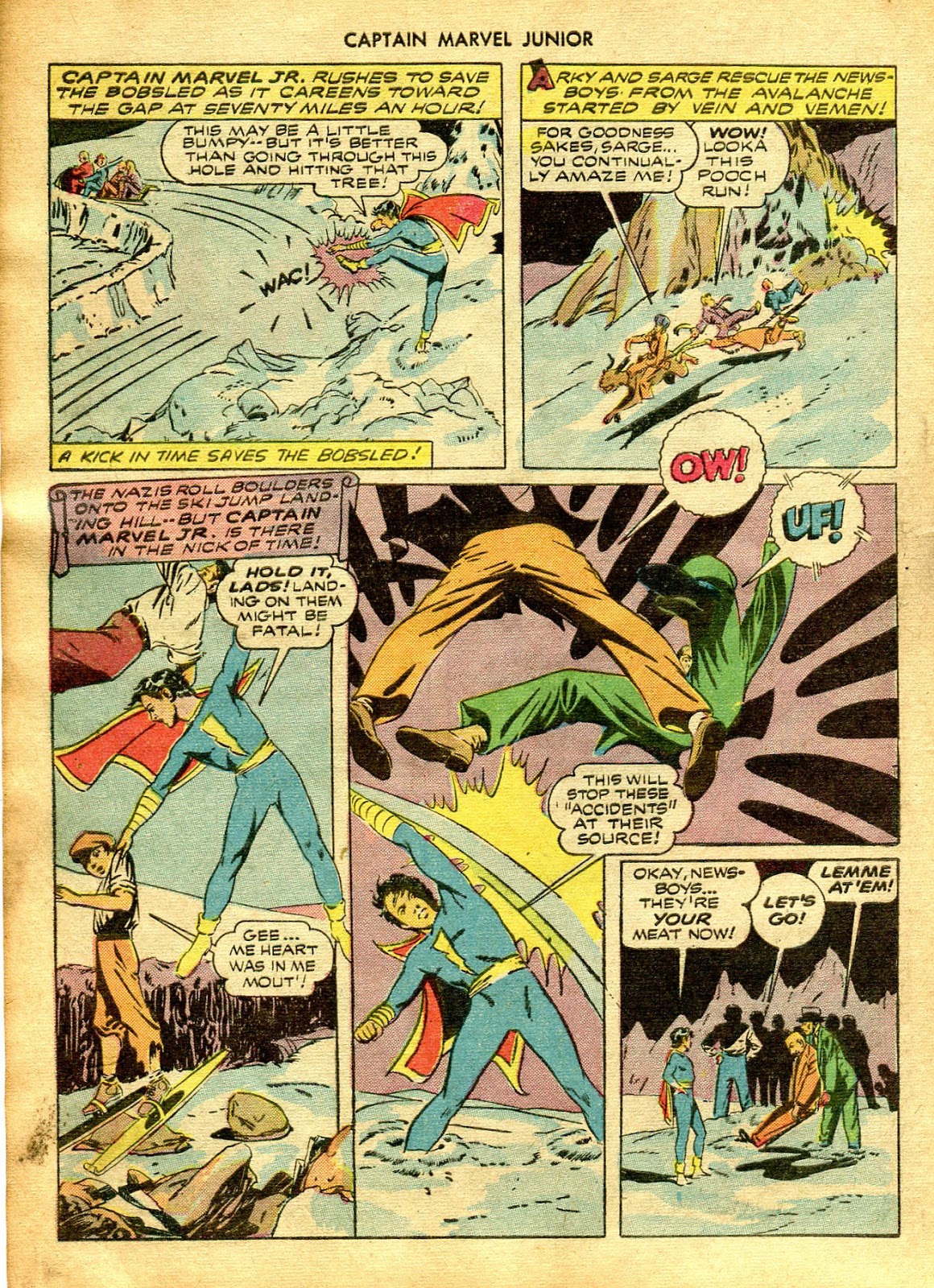 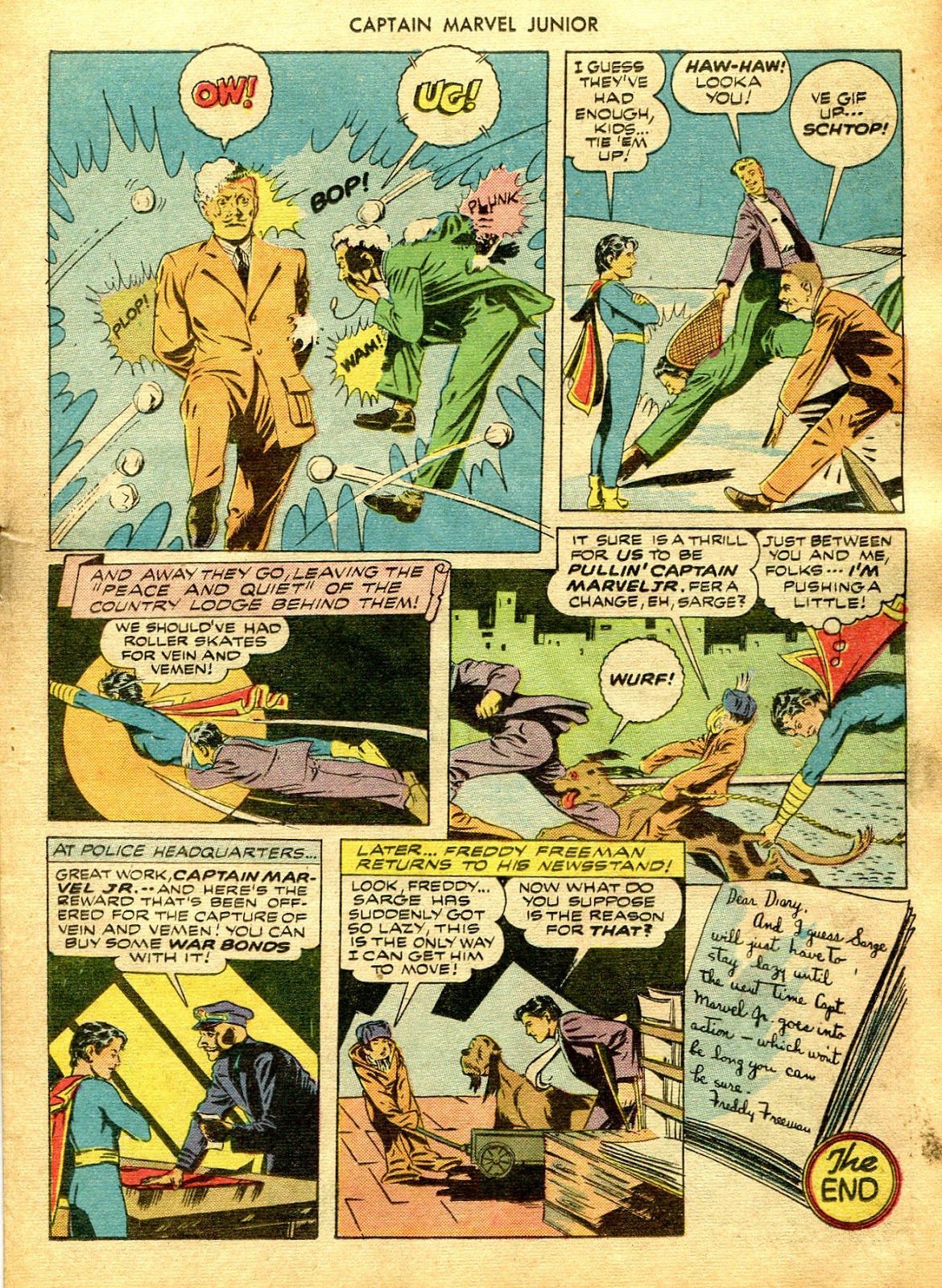 I see Wein and Wemen, but not Zong...