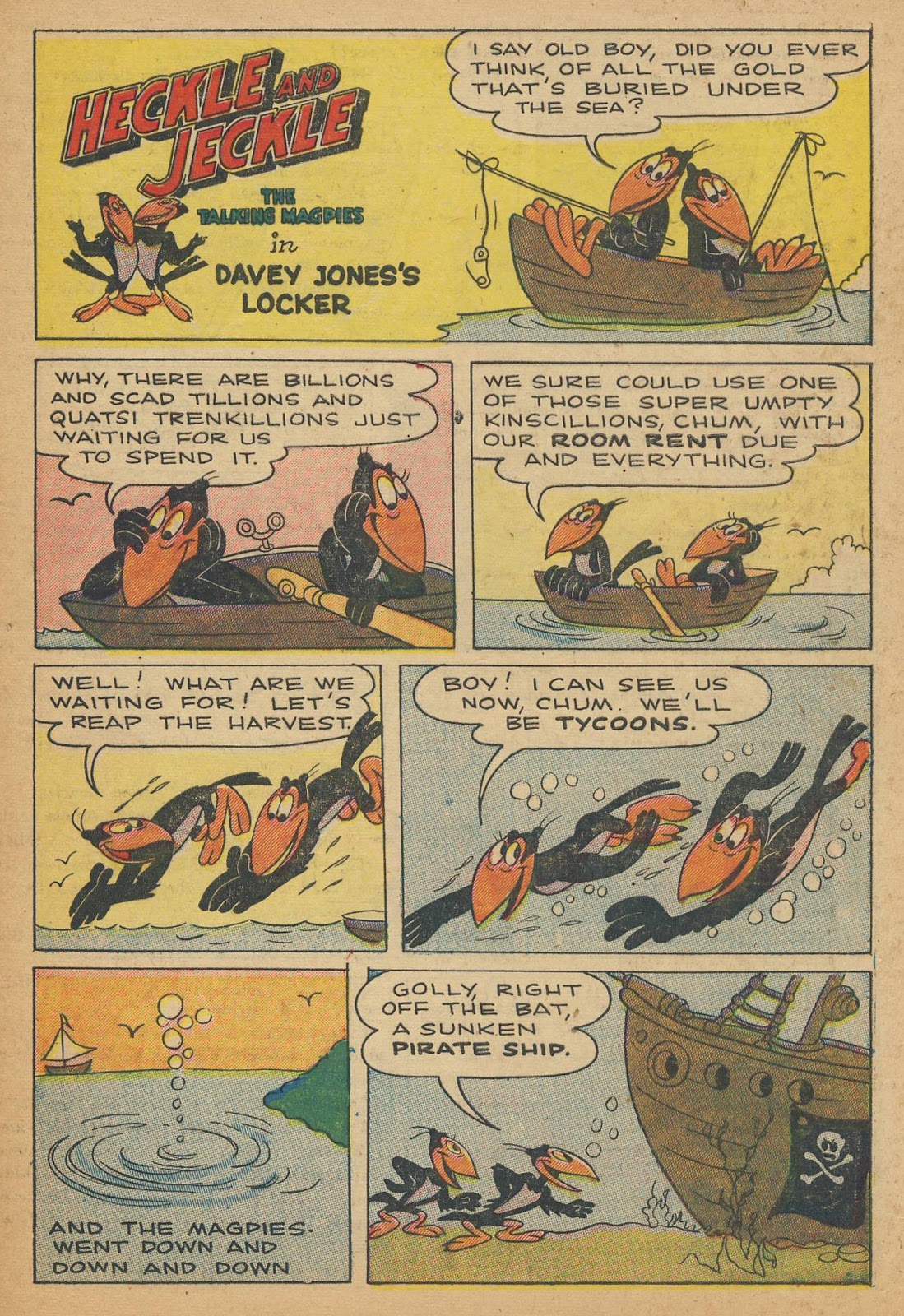 Talking magpies Heckle and Jeckle became persona non grata when they were pretty much dubbed the poster boys of the anti-cartoon violence groups of the late sixties and early seventies. Prior to that, Paul Terry's odd couple had a long run in both theatrical and TV cartoons as well as in comic books from several different companies! 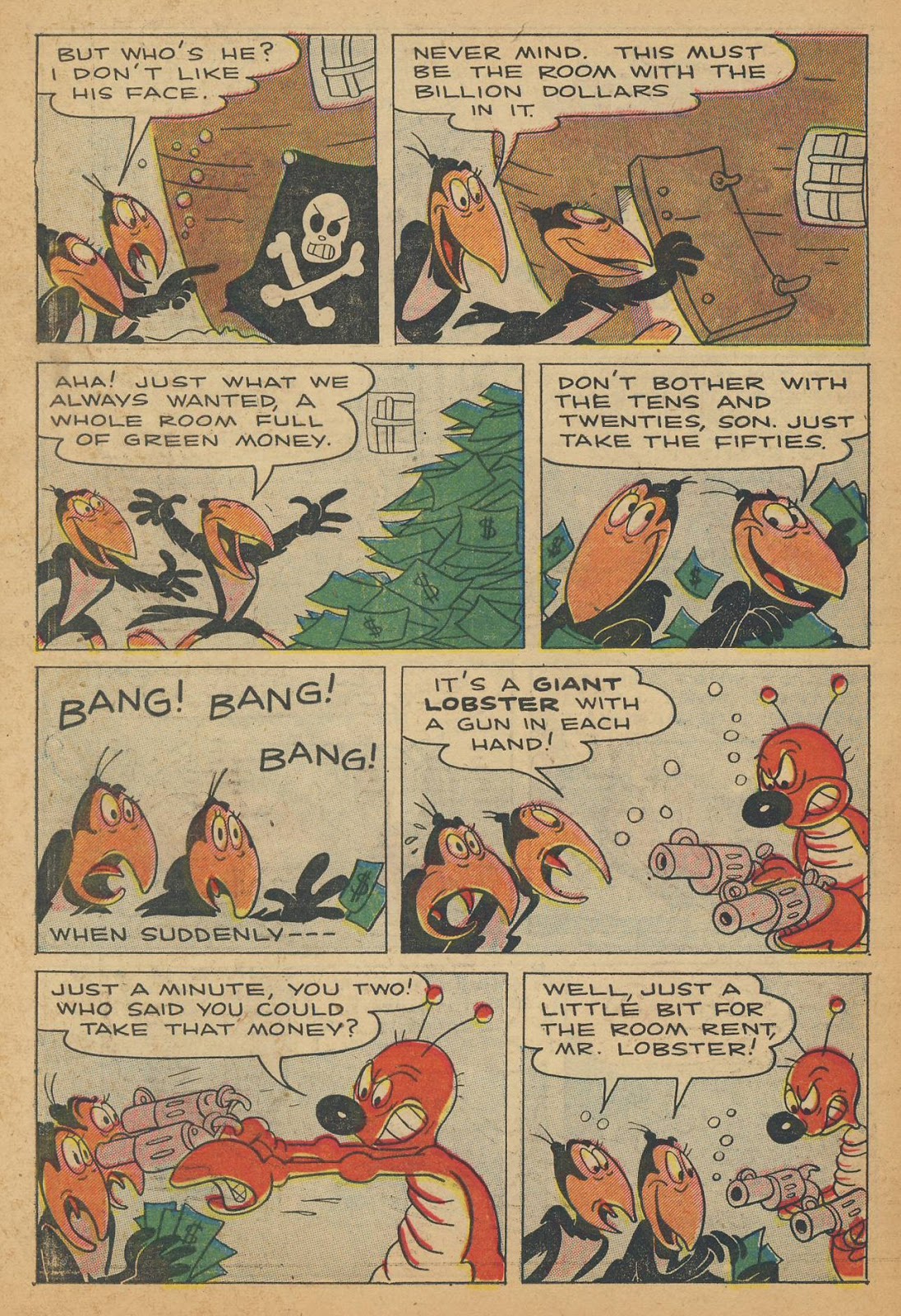 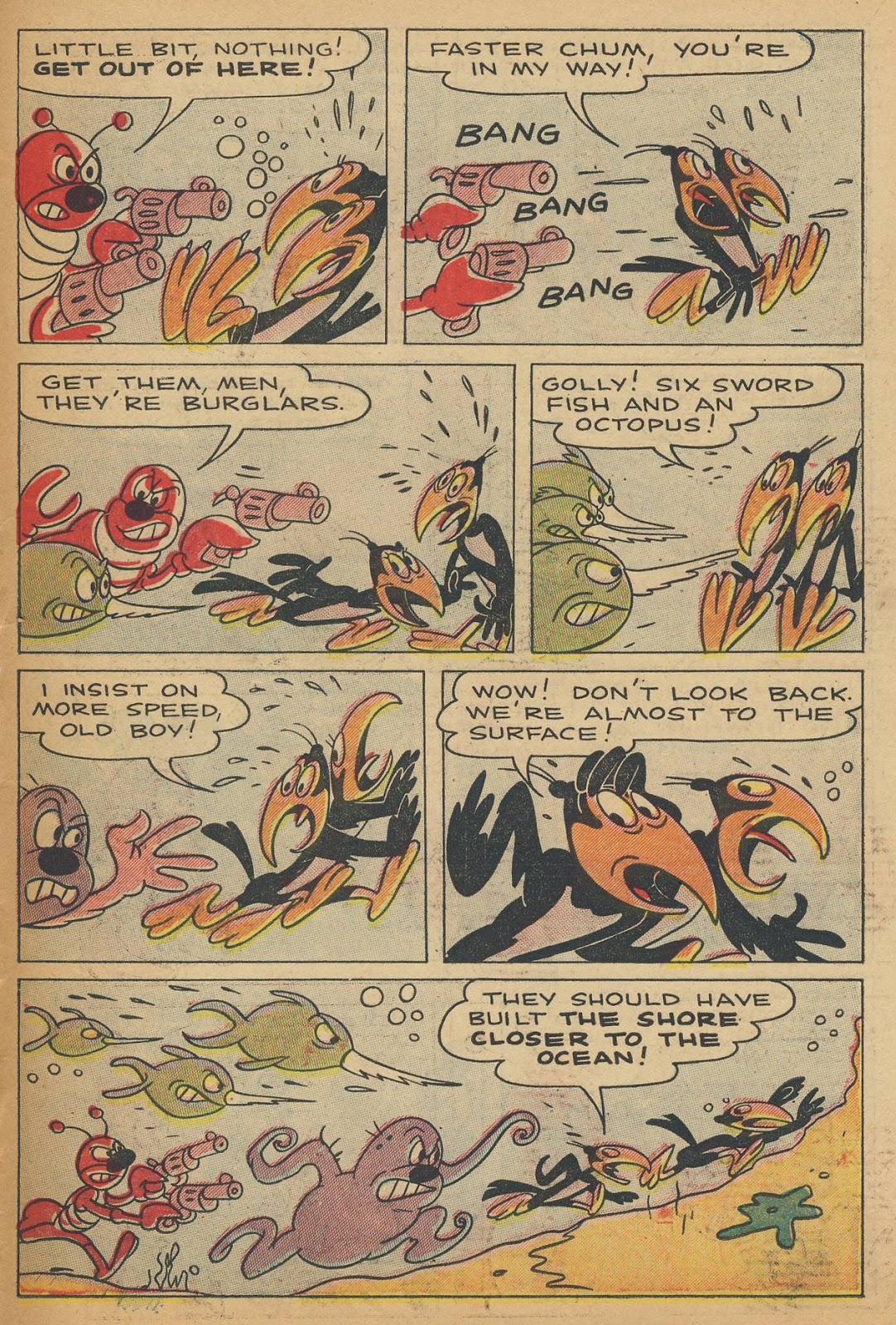 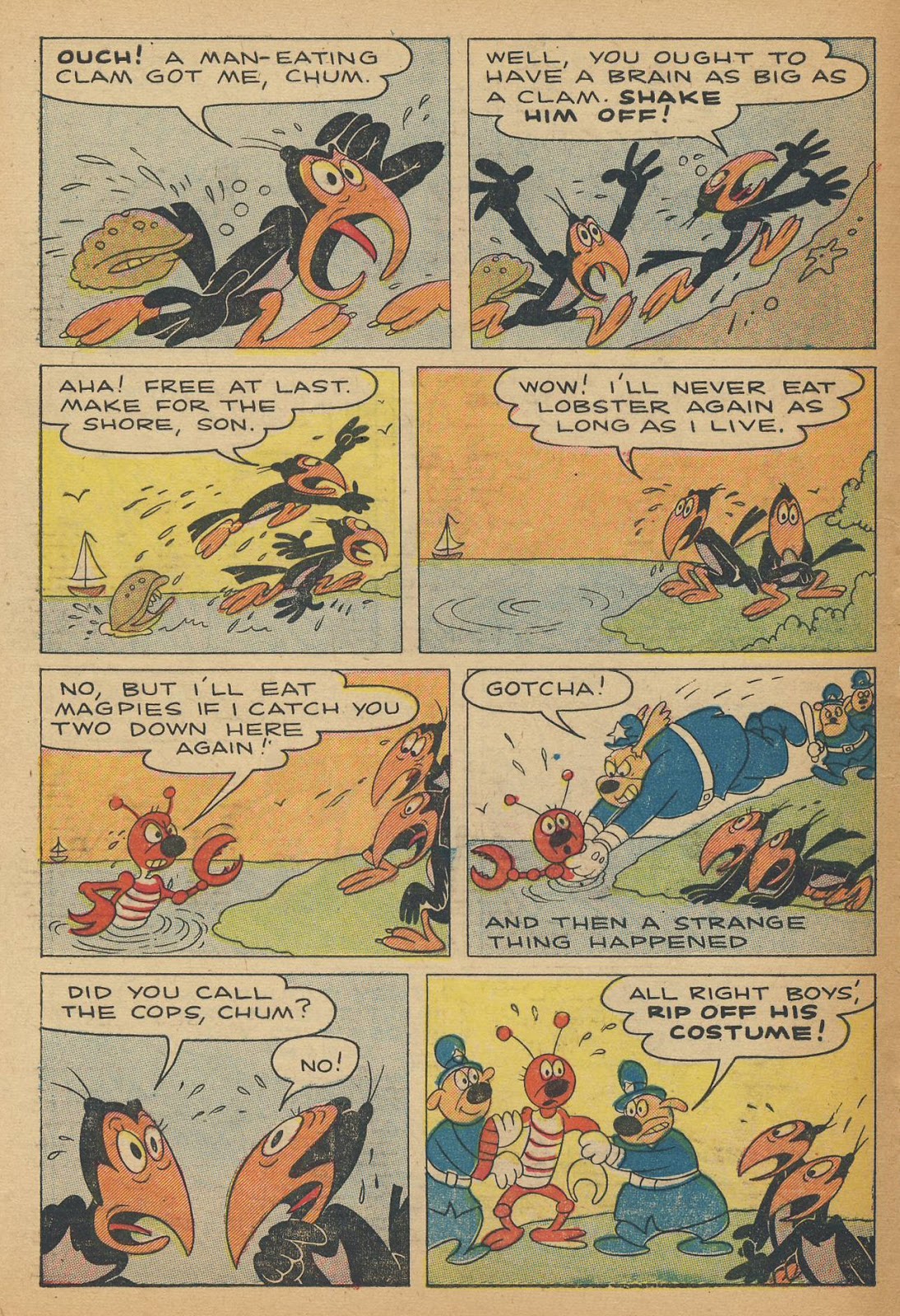 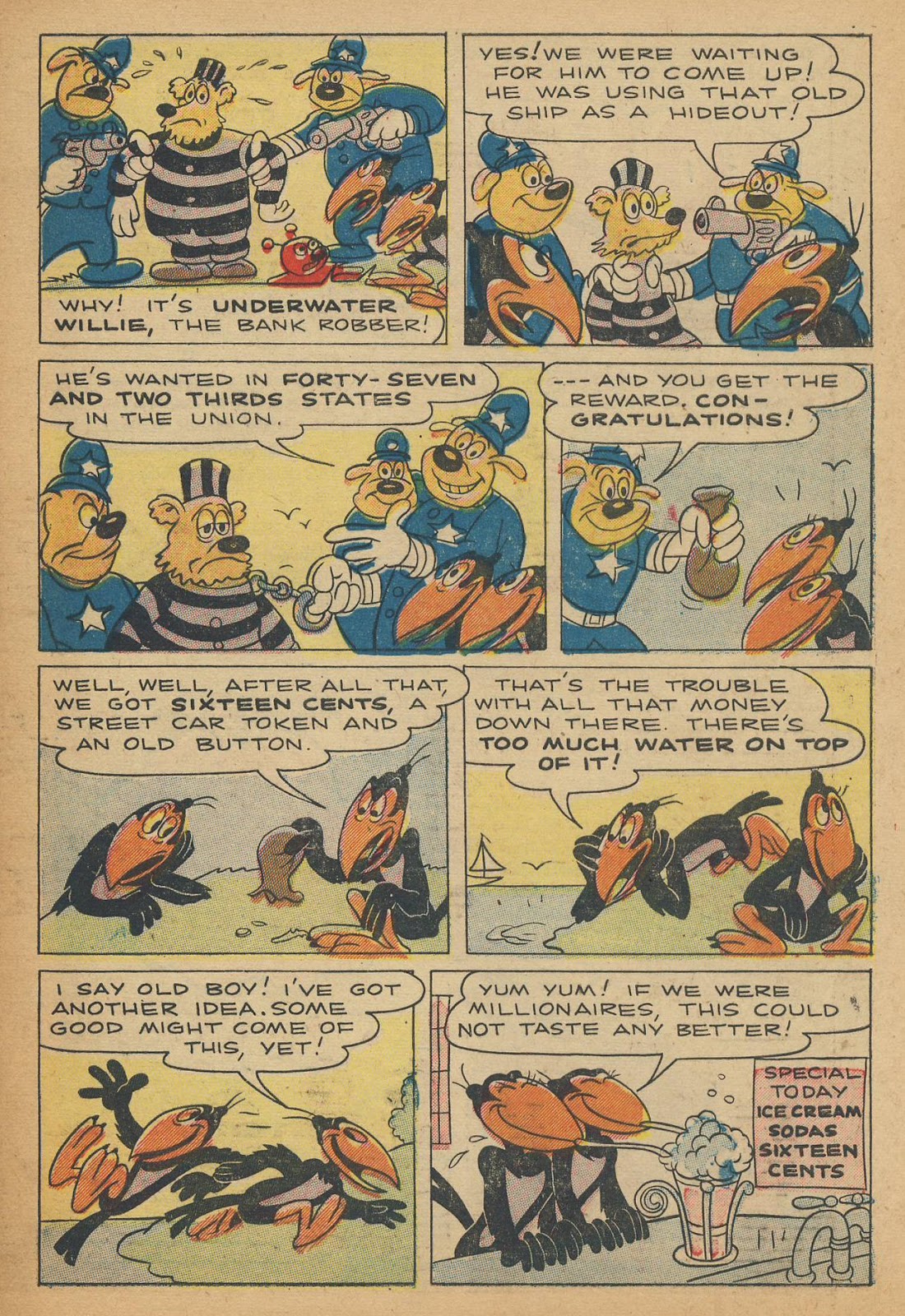 1961 My parents, brother and I lived in Ogden Utah while my father worked as a tool designer on the minute man missile. That tv station showed Heckle and Jeckle cartoons all the time. We loved them. Heckle and Jeckle, the Flash Gordon movies Serials, car 54 where are you, these are the things my memories of Utah are made of. That and a ramshackle house in the back alley of school (we were in kindergarten) taht we had to walk past to get home, we were assured an actual bonified monster lived in there and watched us walk home every day. But then we got to see Heckle and Jeckle.

The art in this story is by Terry animator Jim Tyer.