The Star-Spangled Kid and Merry, Girl of 1000 Gimmicks-Win Mortimer-1948 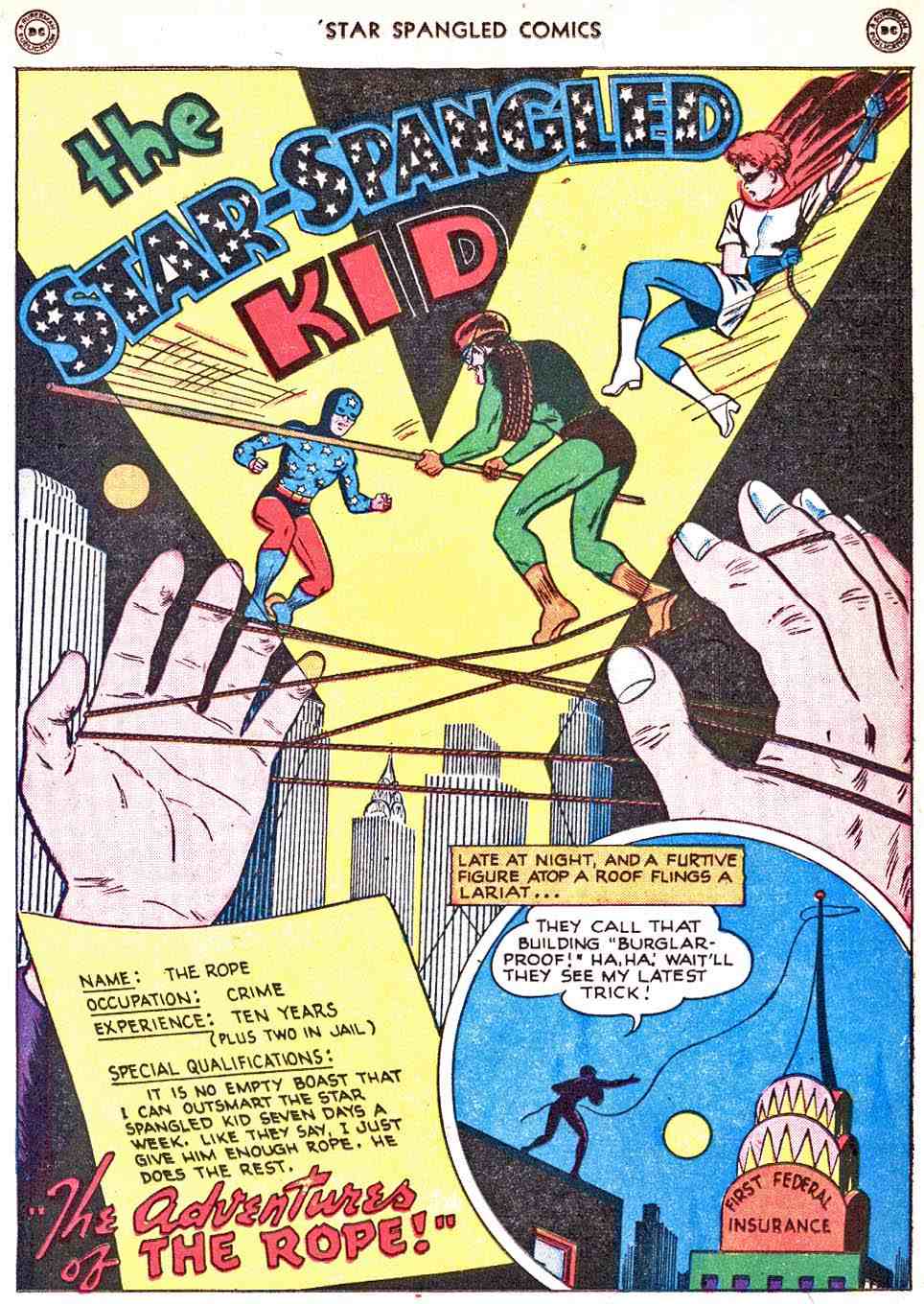 Here's the 2nd outing for Merry, sexist Sylvester Pemberton's crime-fighting sister. With Stripsey incapacitated, Merry helps her star-spangled brother on a case against a villain who looks and dresses much like the later Acrobat from the early '60s Human Torch series. Although the series was originally created by Jerry Siegel, Merry was created by Otto Binder. 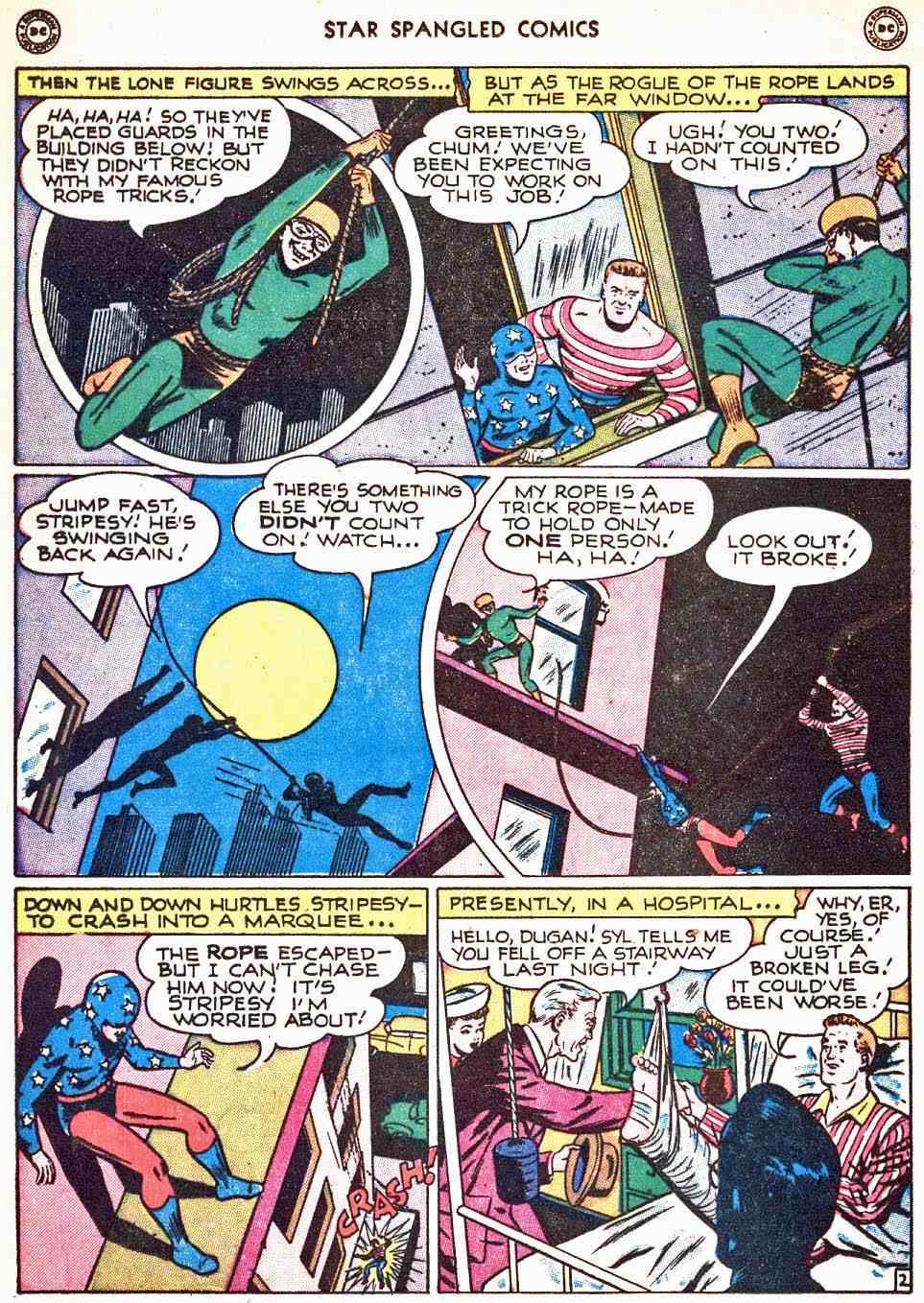 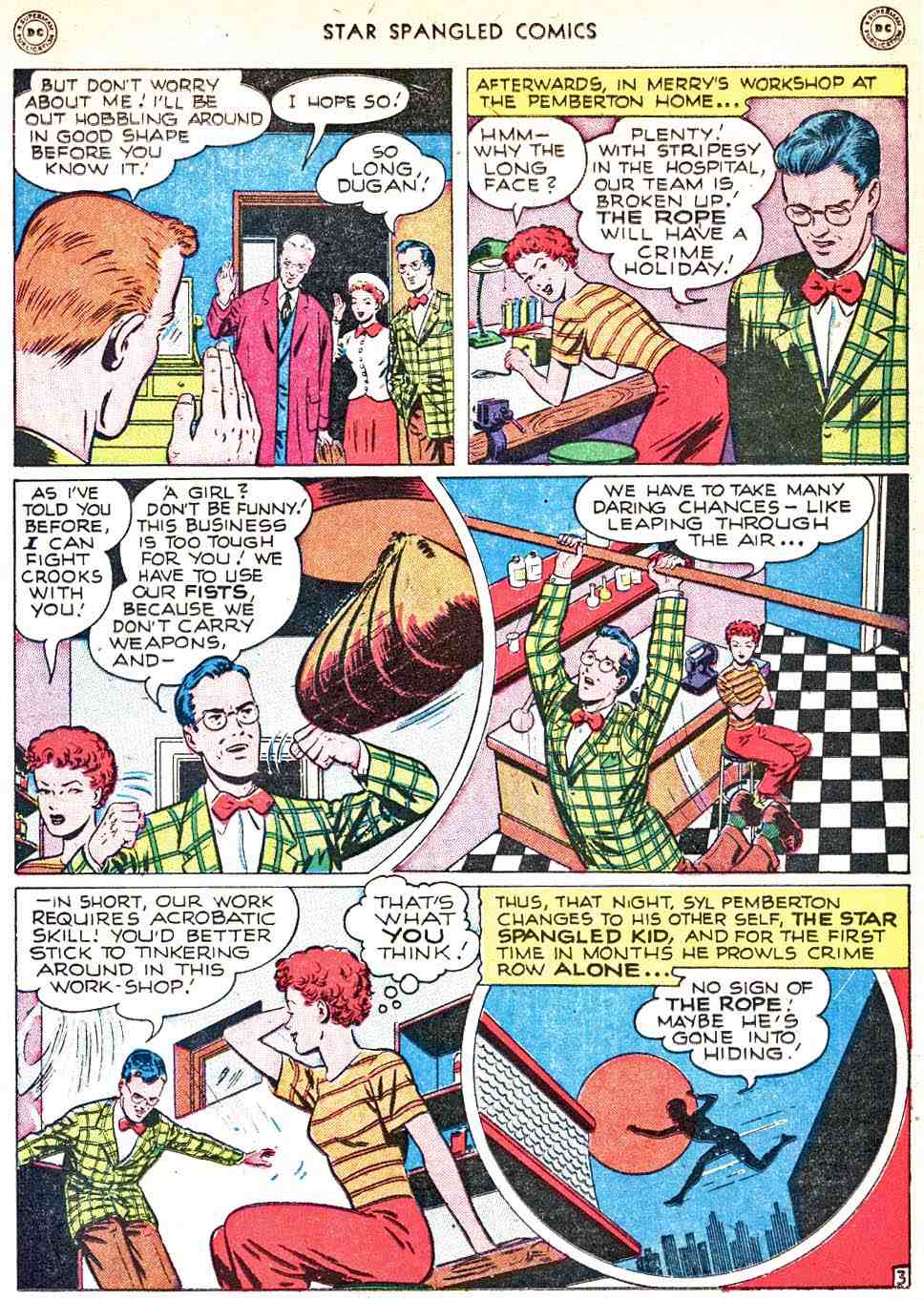 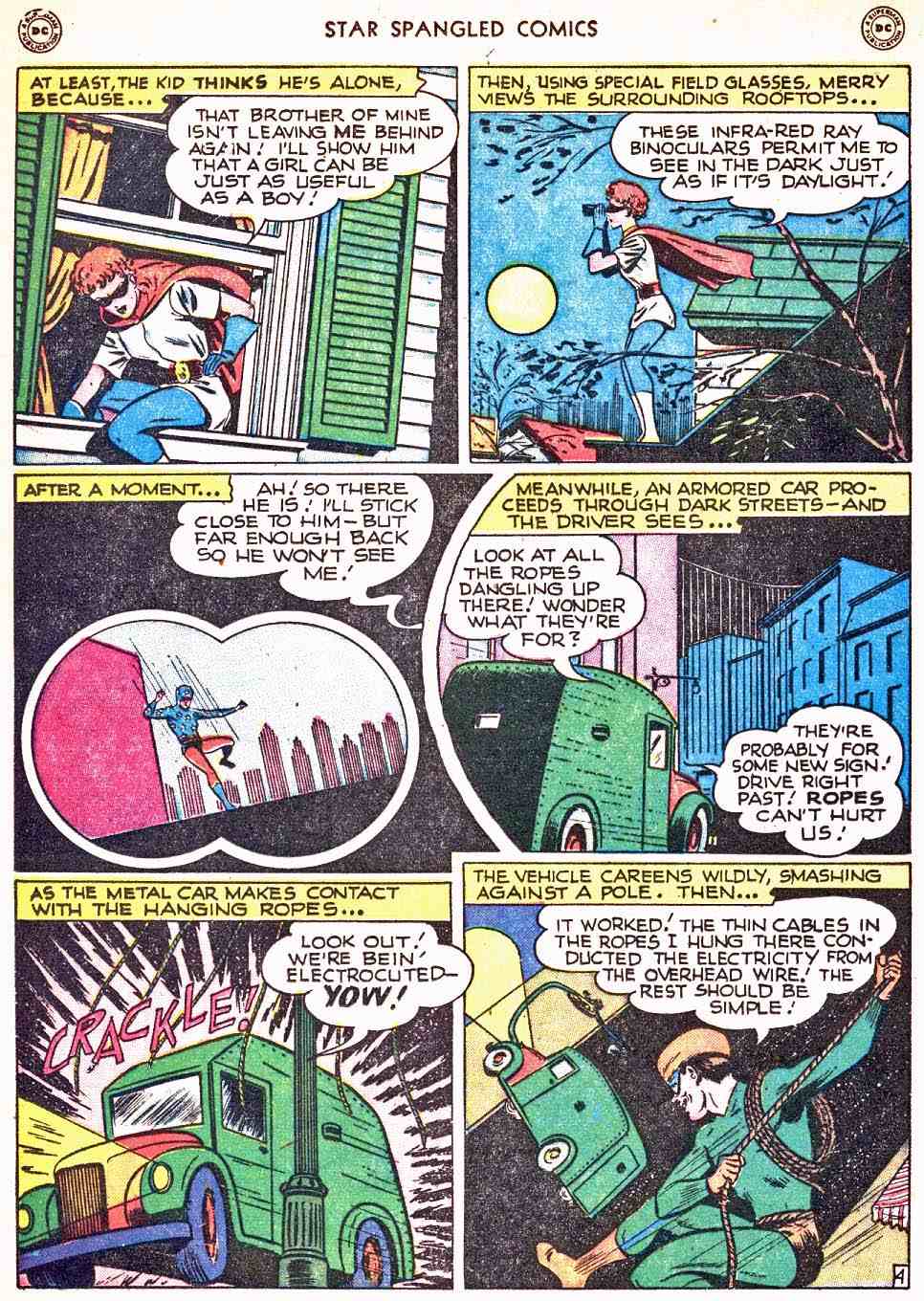 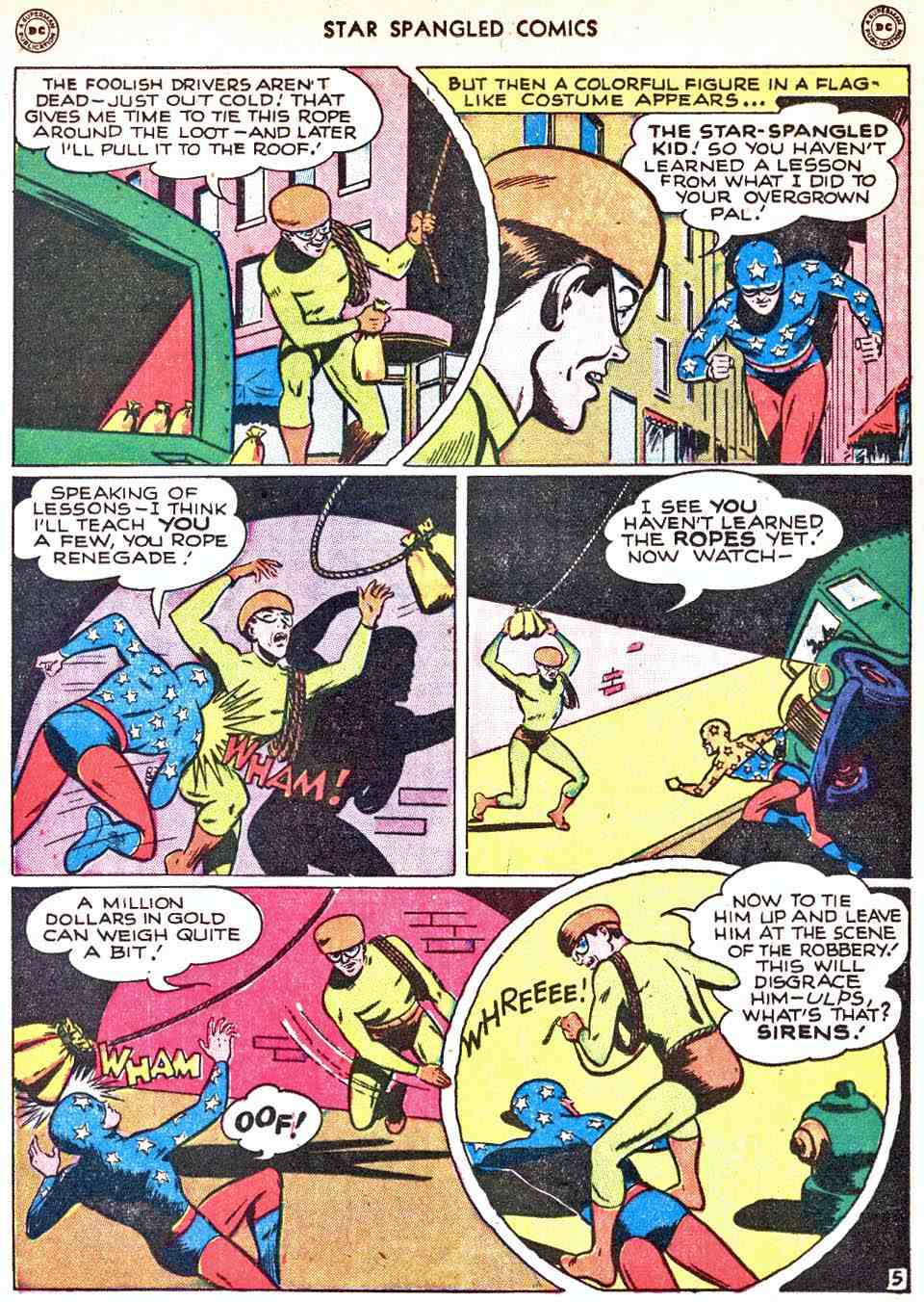 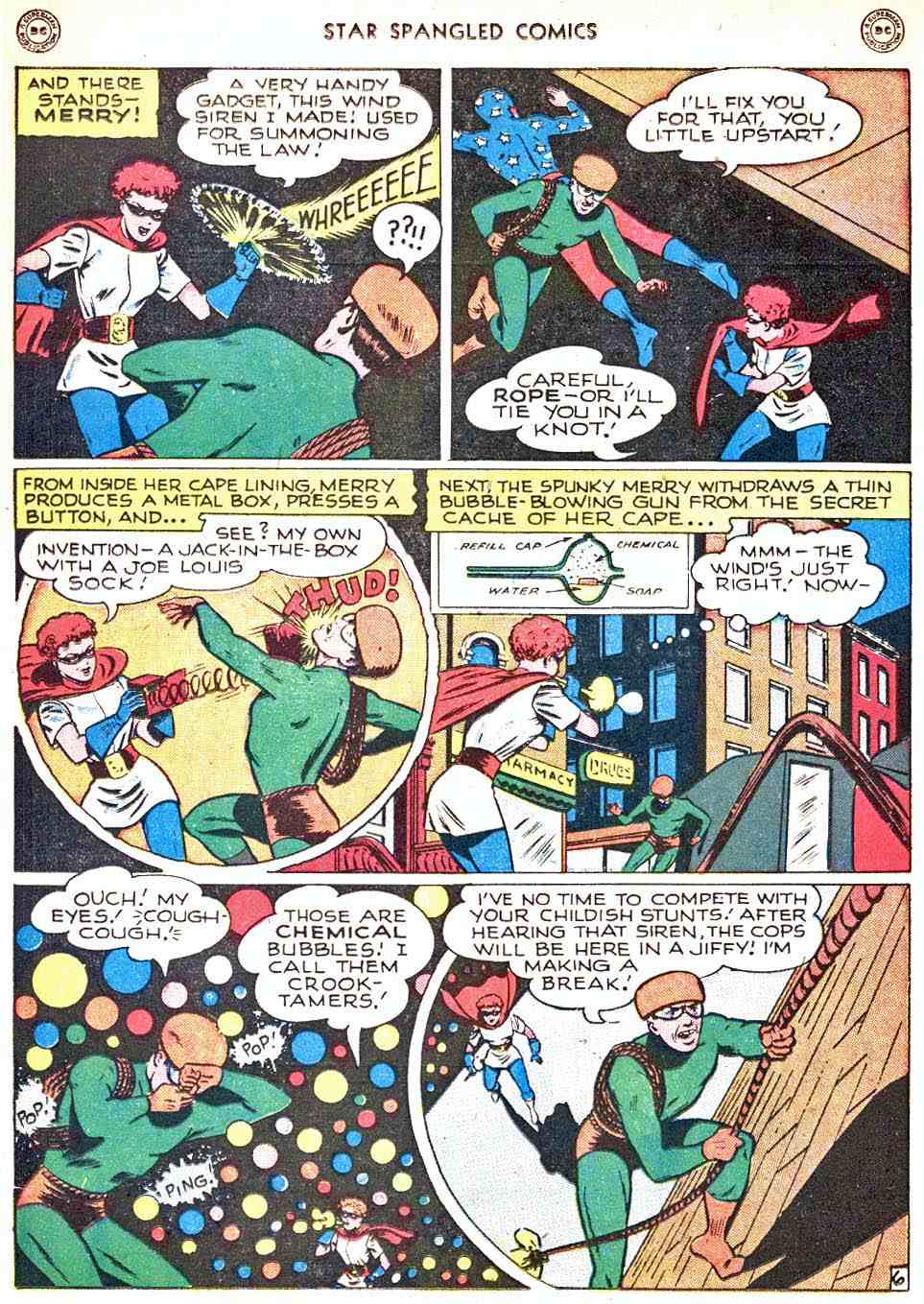 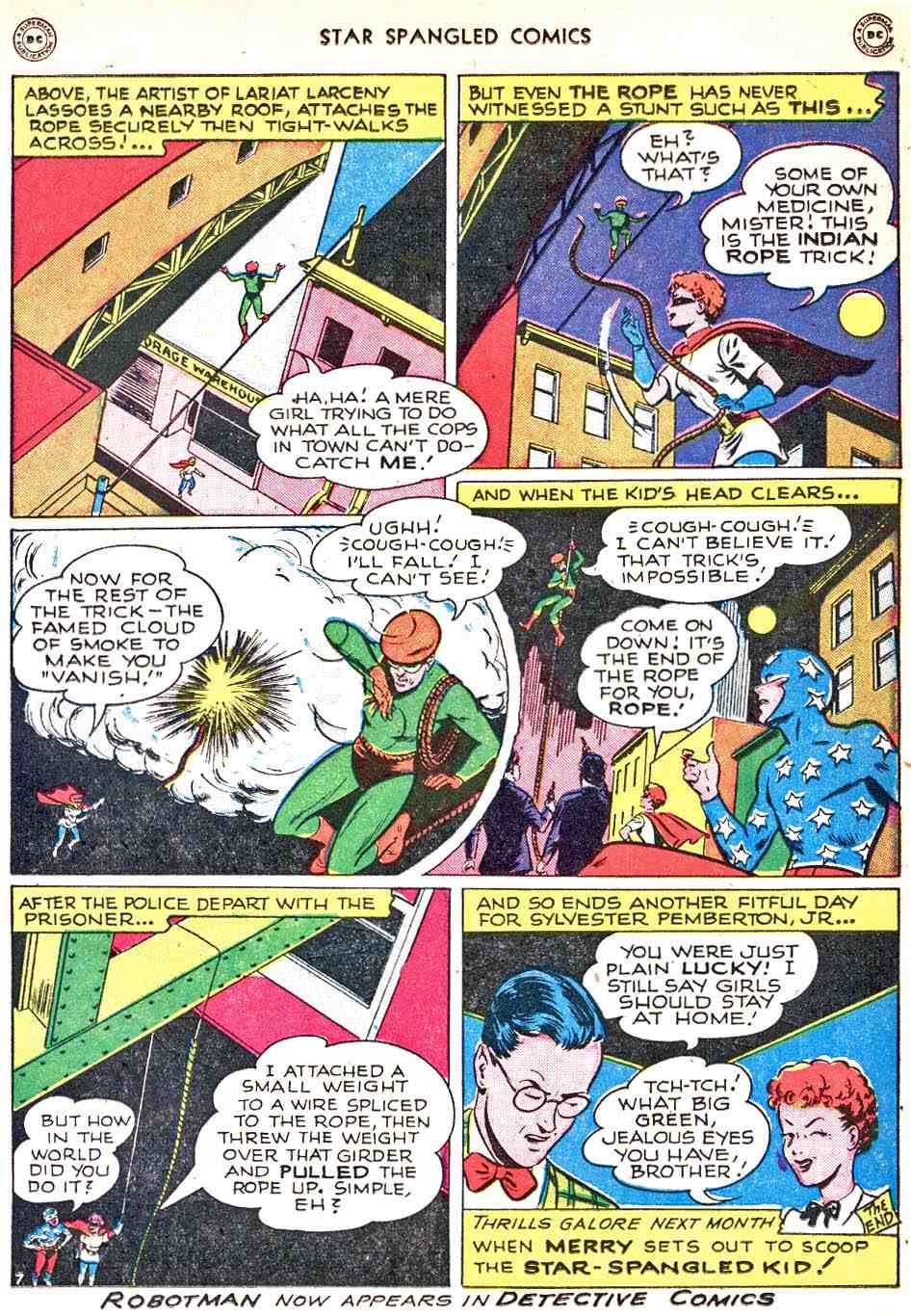 Thanks for posting this, Steve. I remember one story featuring Merry was published in that 100 page spectacular that featured all of DC's heroines, but that's the only one I've ever read.