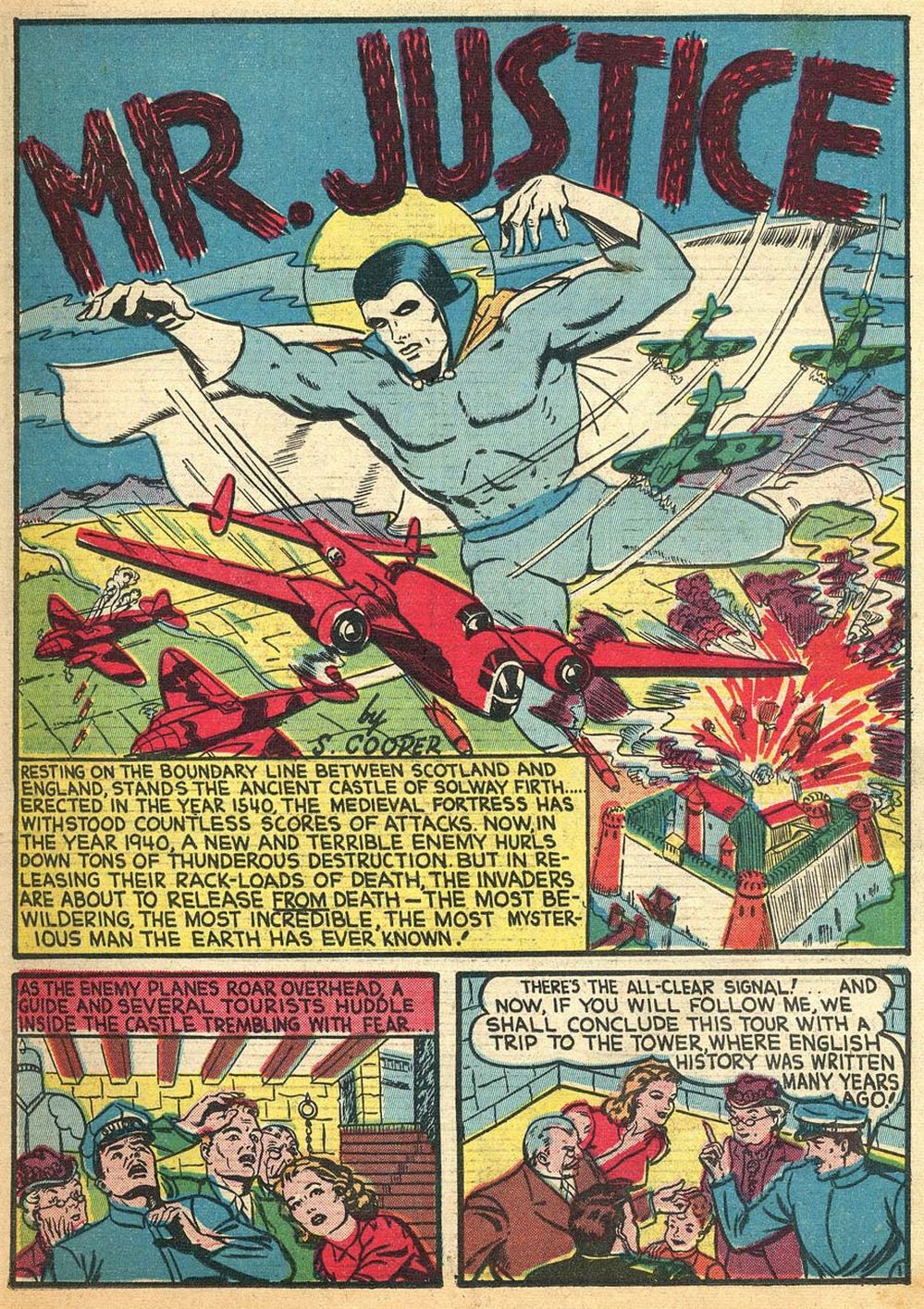 Appearing a full year after DC's Spectre, created by Jerry Siegel, Mr. Justice trod a similar path (or would have if he hadn't flown much of the time) and, 25 years later, would, in fact, be written by...Jerry Siegel. This story by request for a Mr. Scarlet of Pinkytown. Happy Birthday, sir! 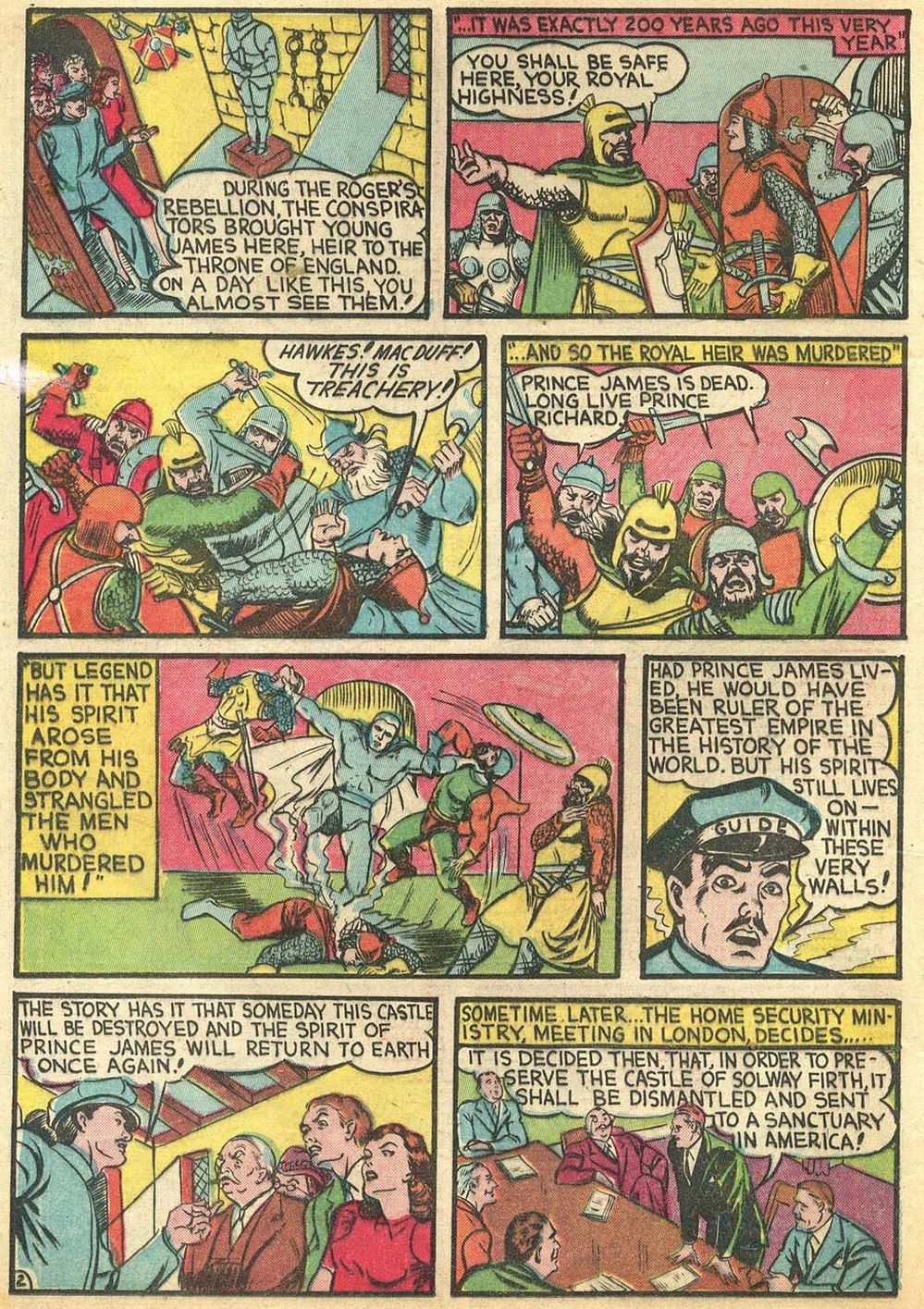 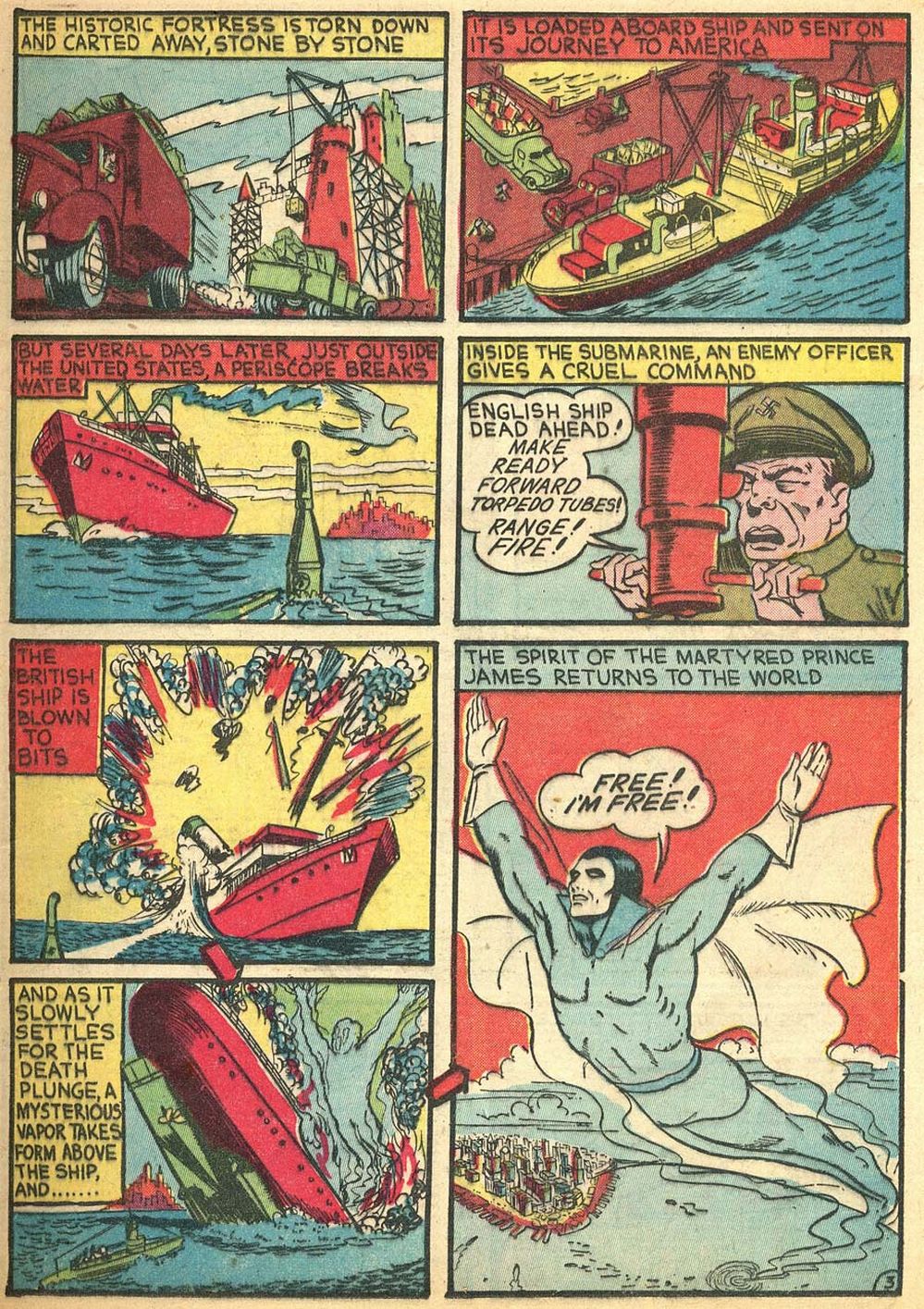 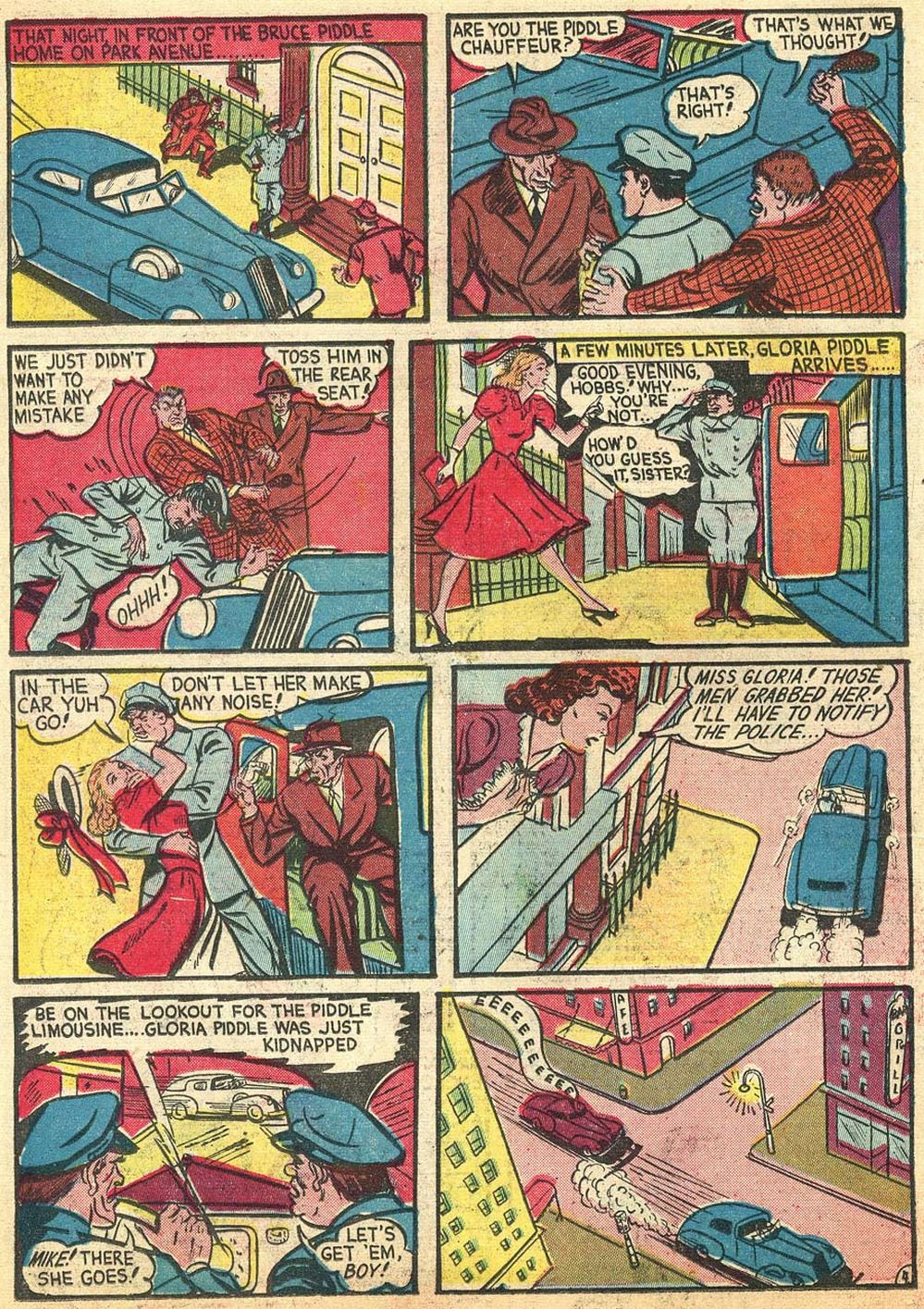 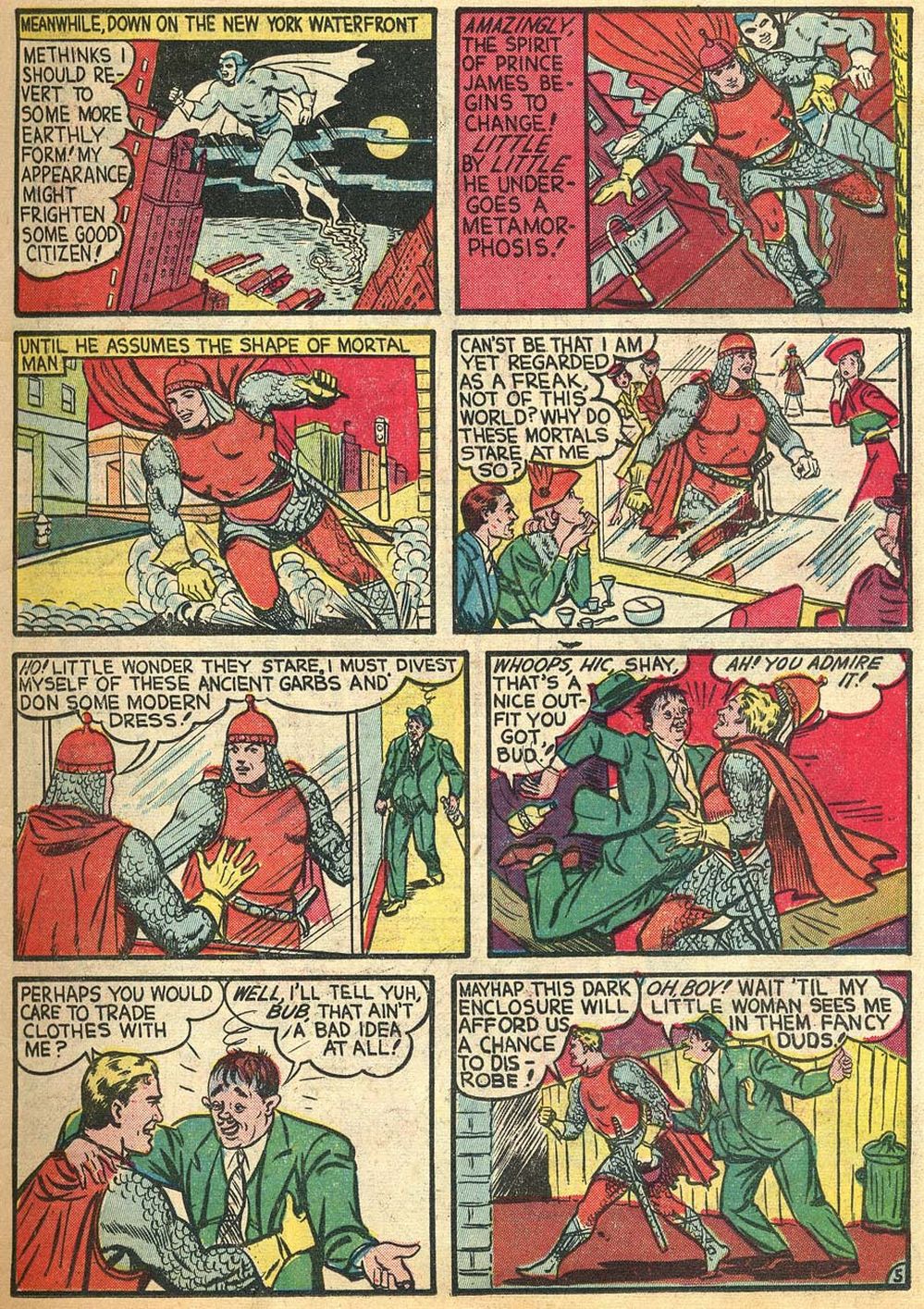 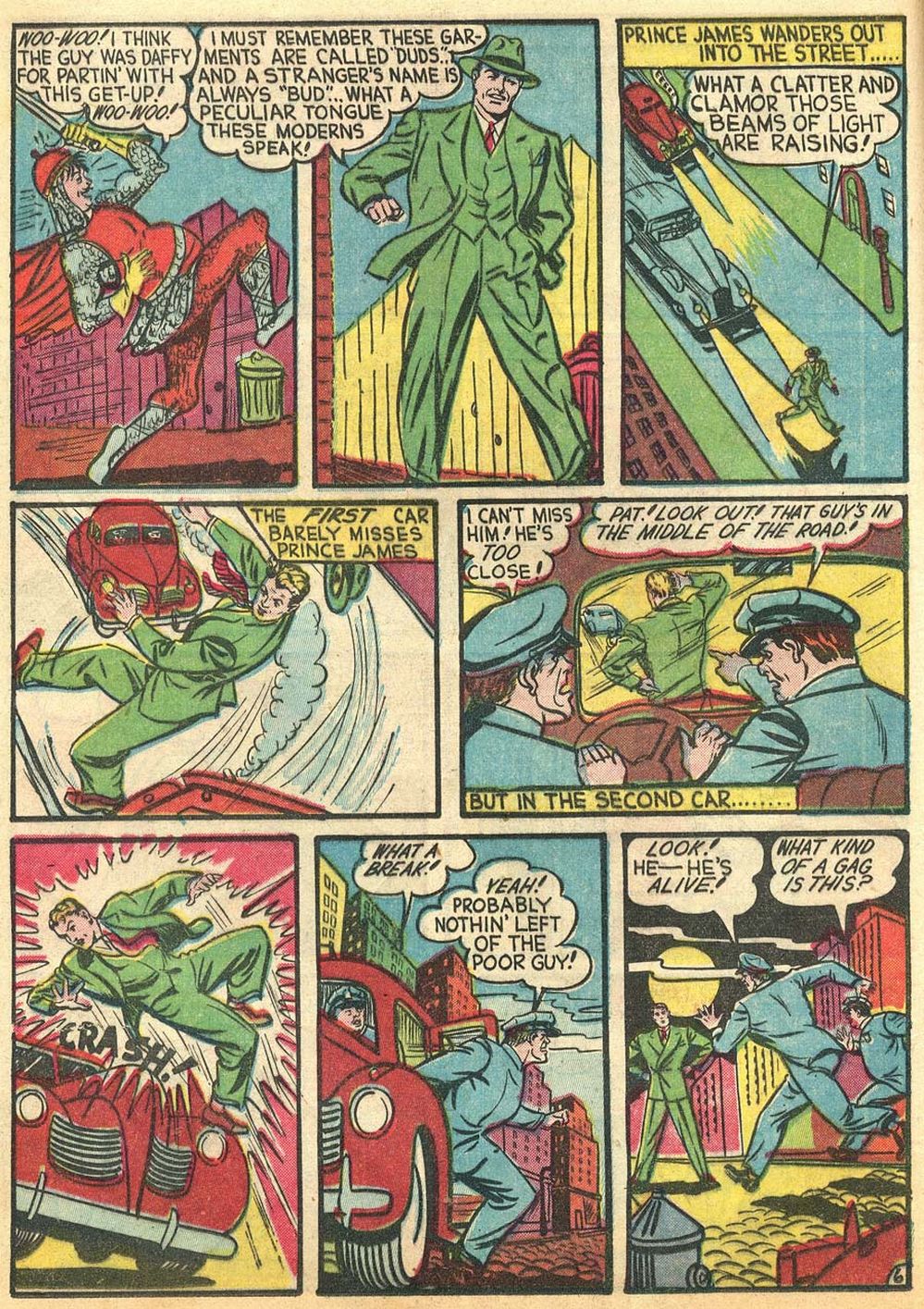 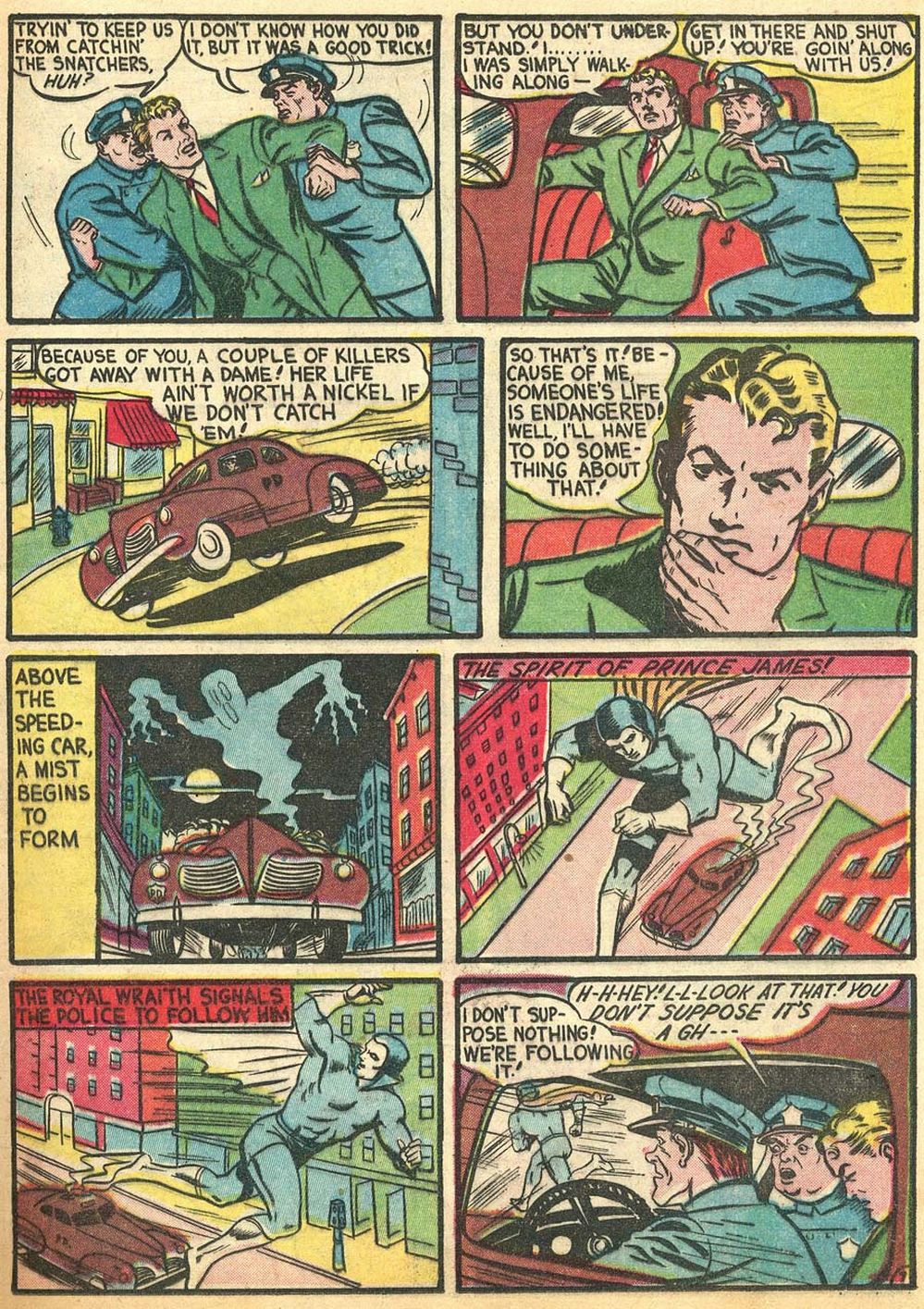 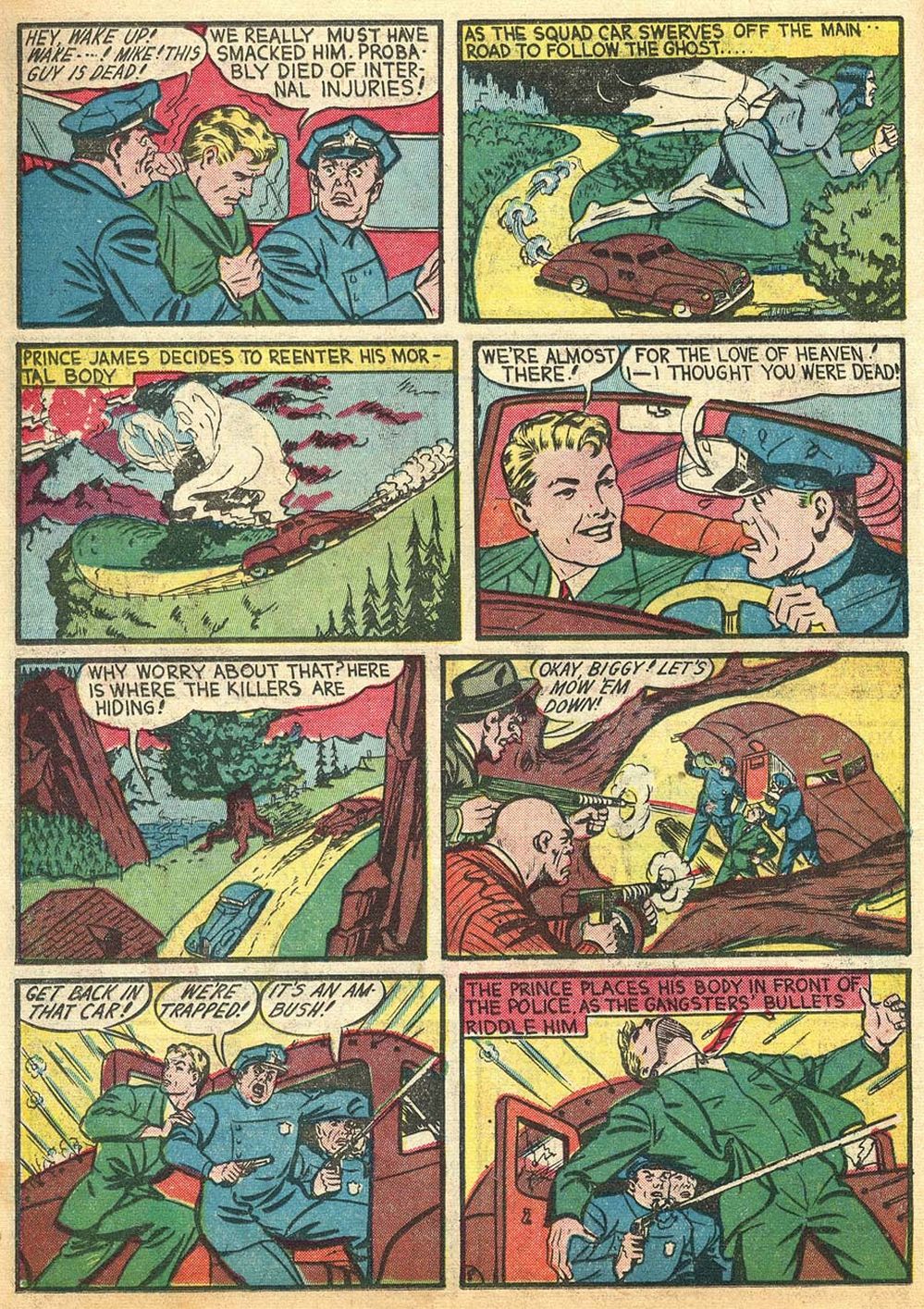 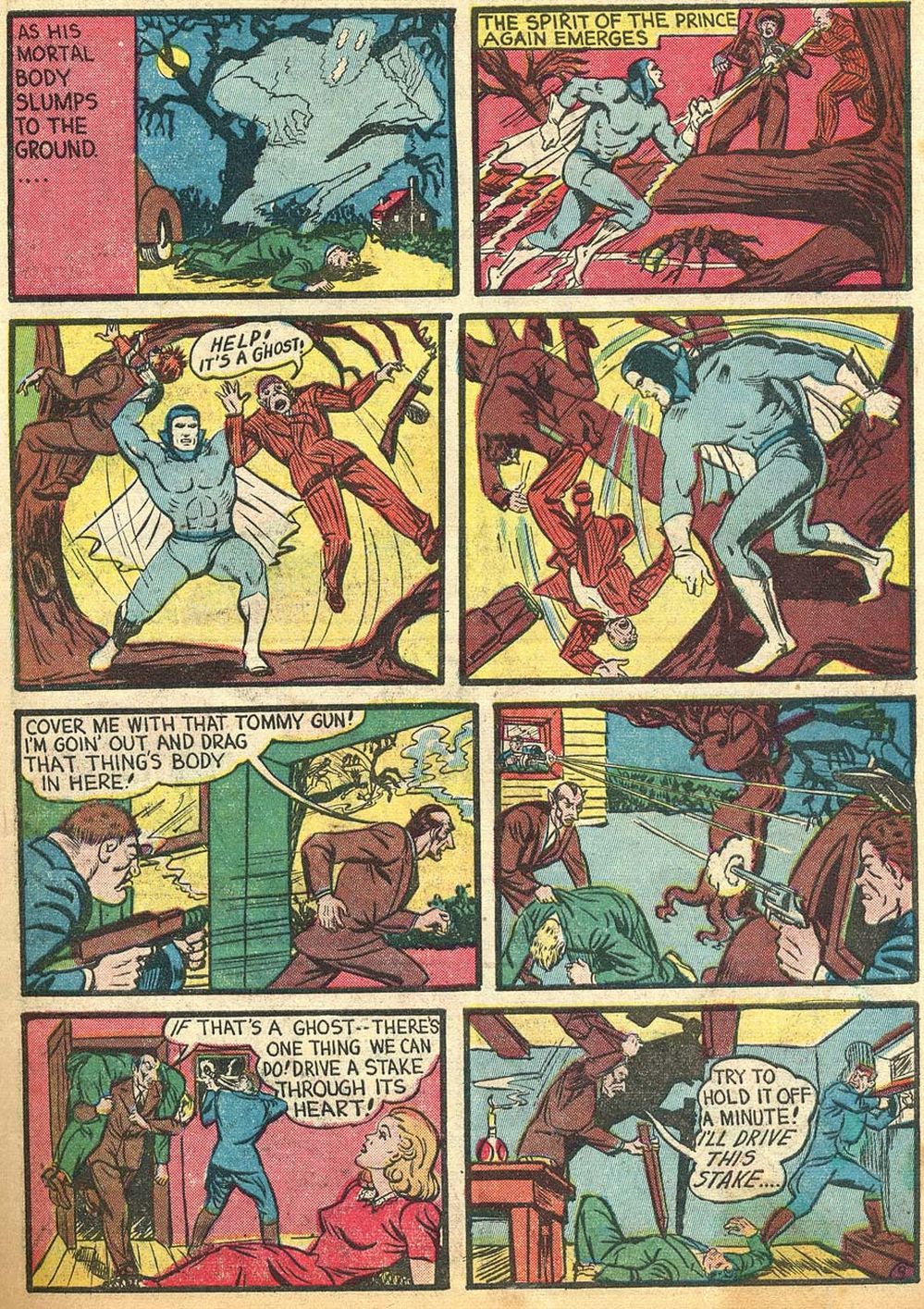 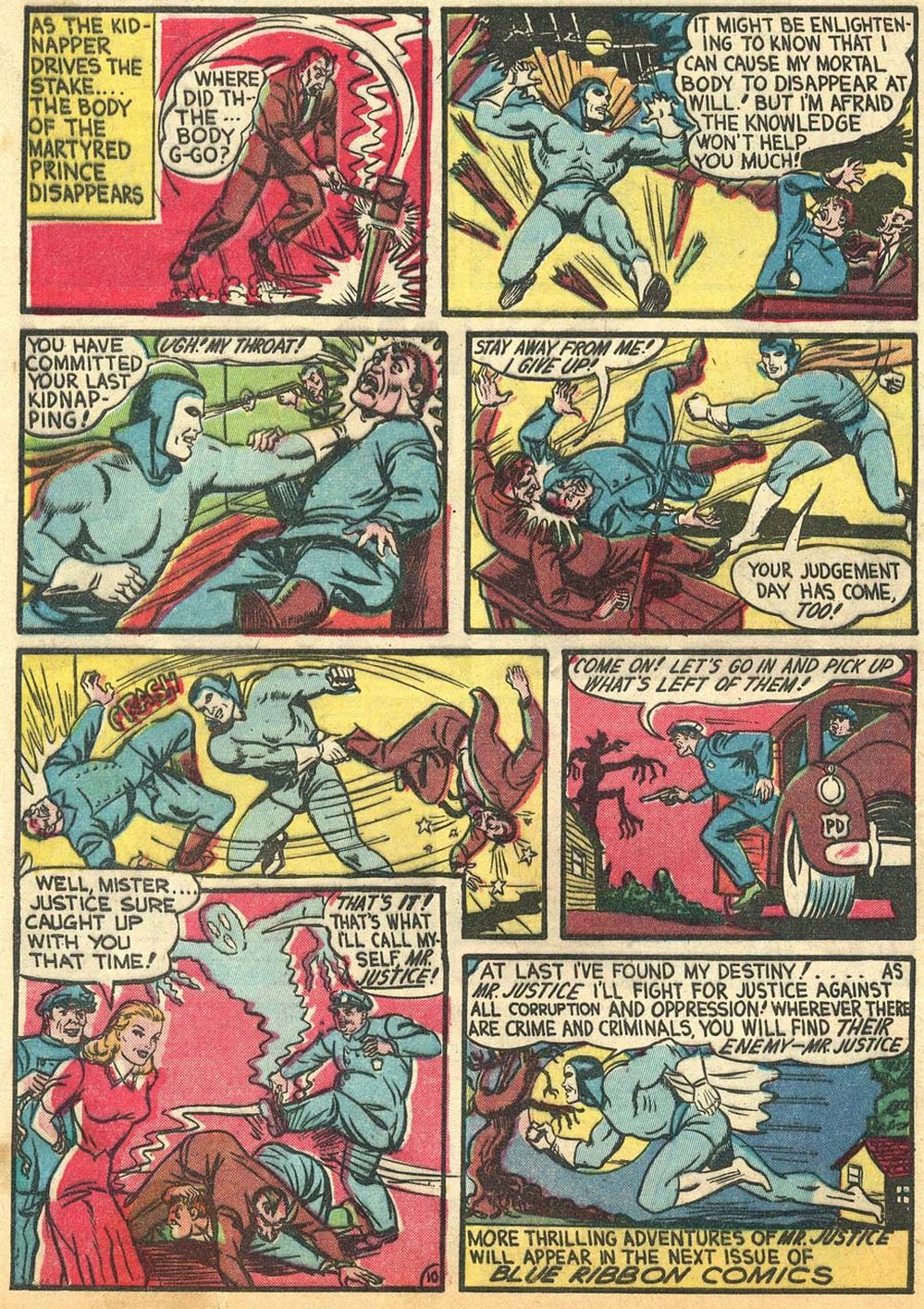