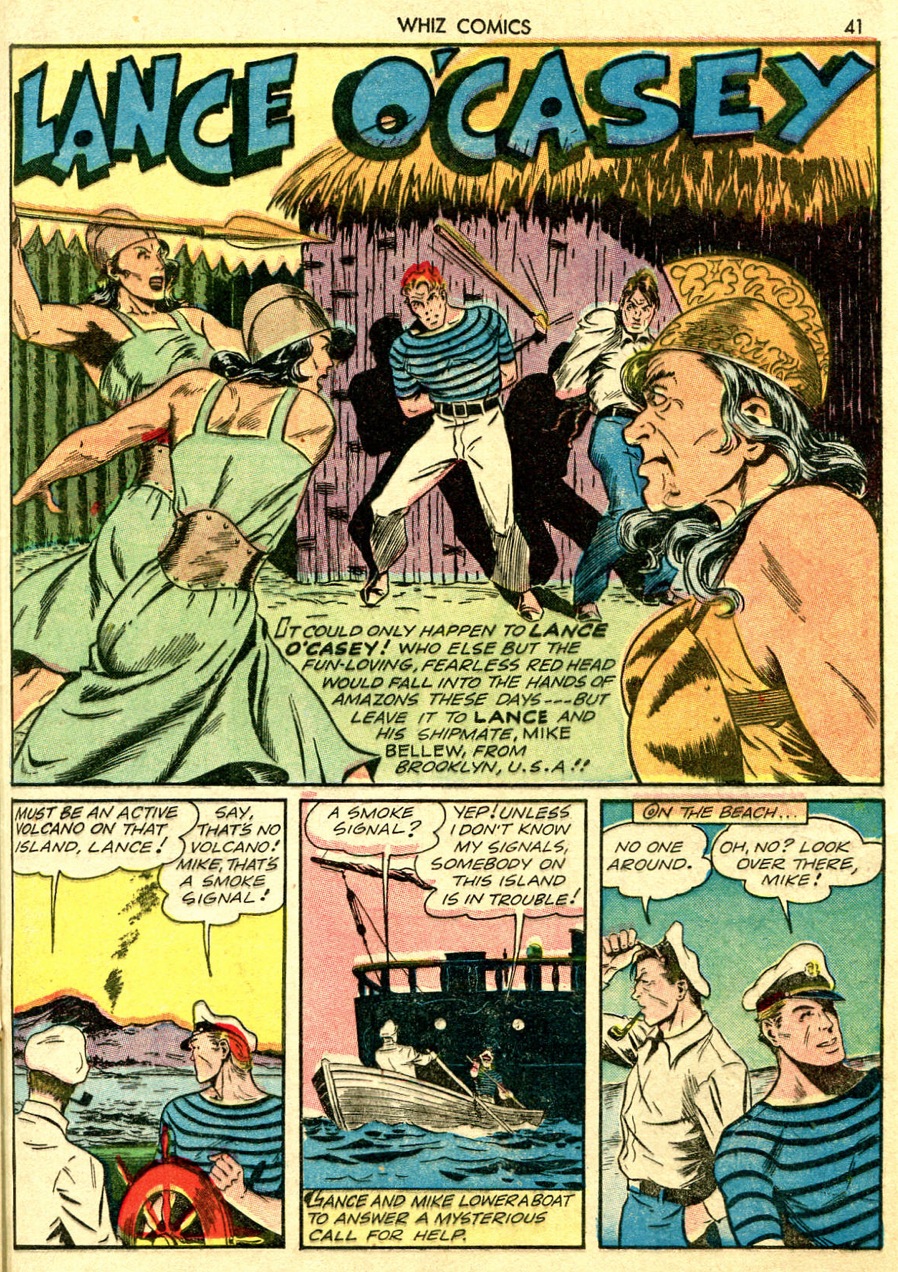 Lance O'Casey was one of those generic handsome tough guy adventurers who proliferated in movies and comic strips in the middle of the last century. He hung around for quite a few years at Fawcett. Here's a nicely drawn but somewhat misogynistic tale that we're running mainly because tomorrow you'll see the unlikely follow-up to this story from later in that same issue! 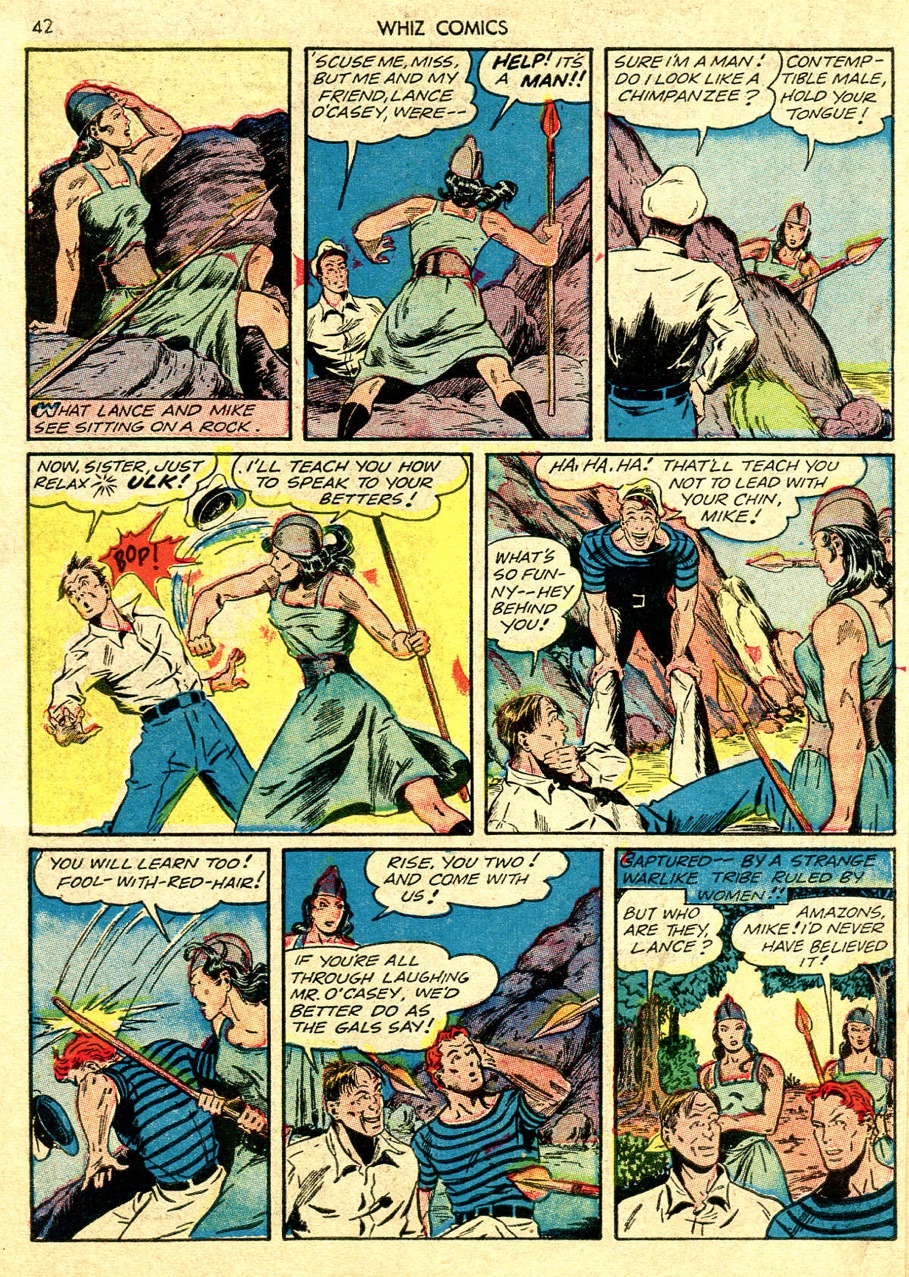 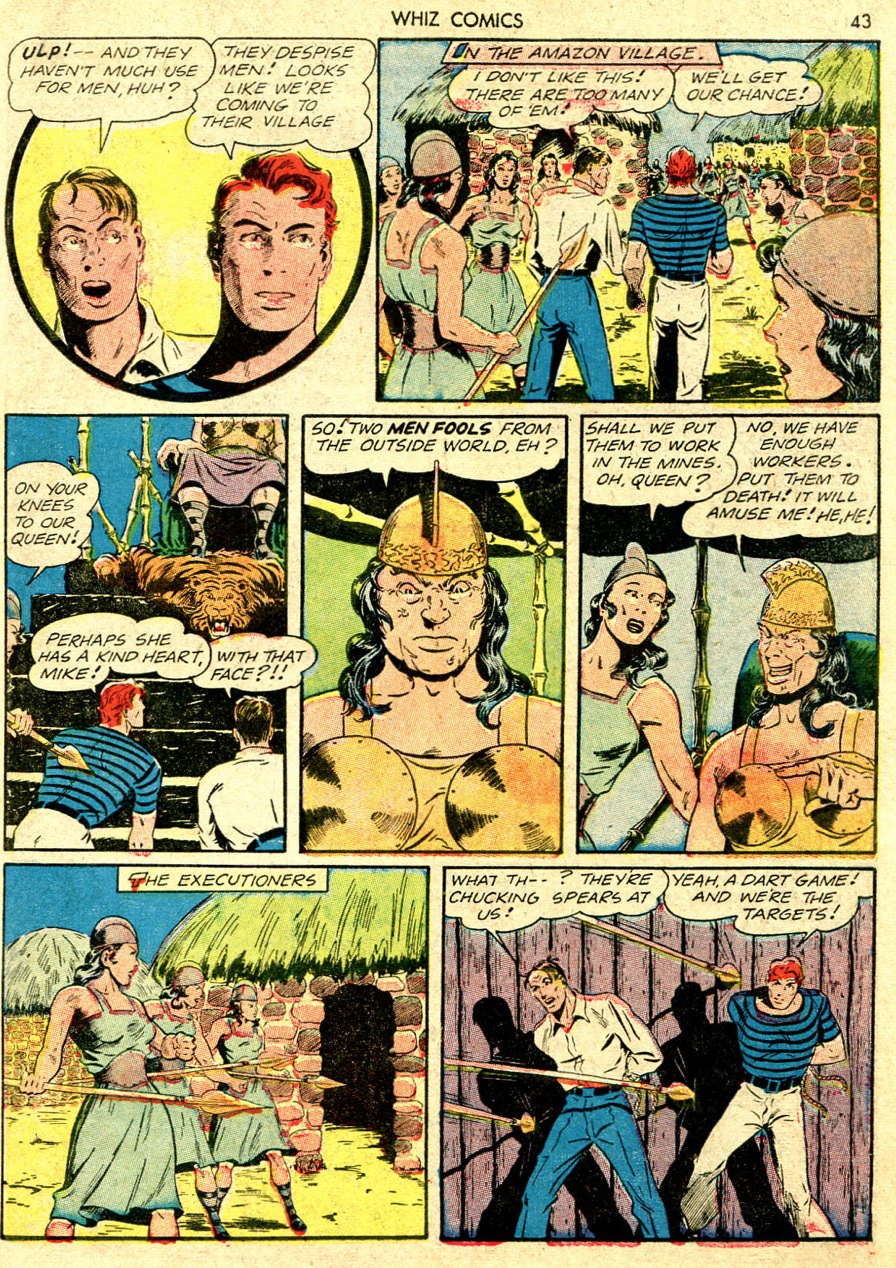 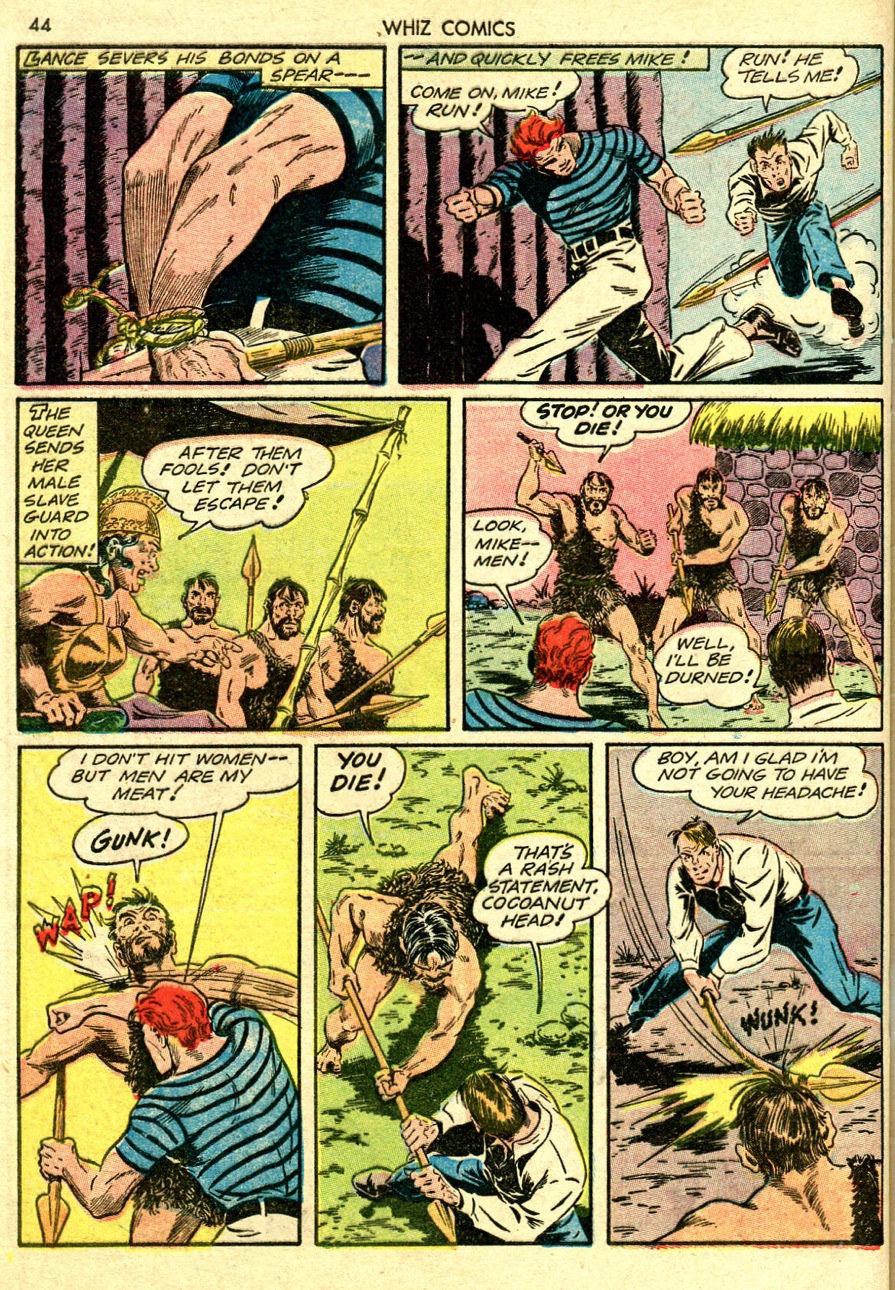 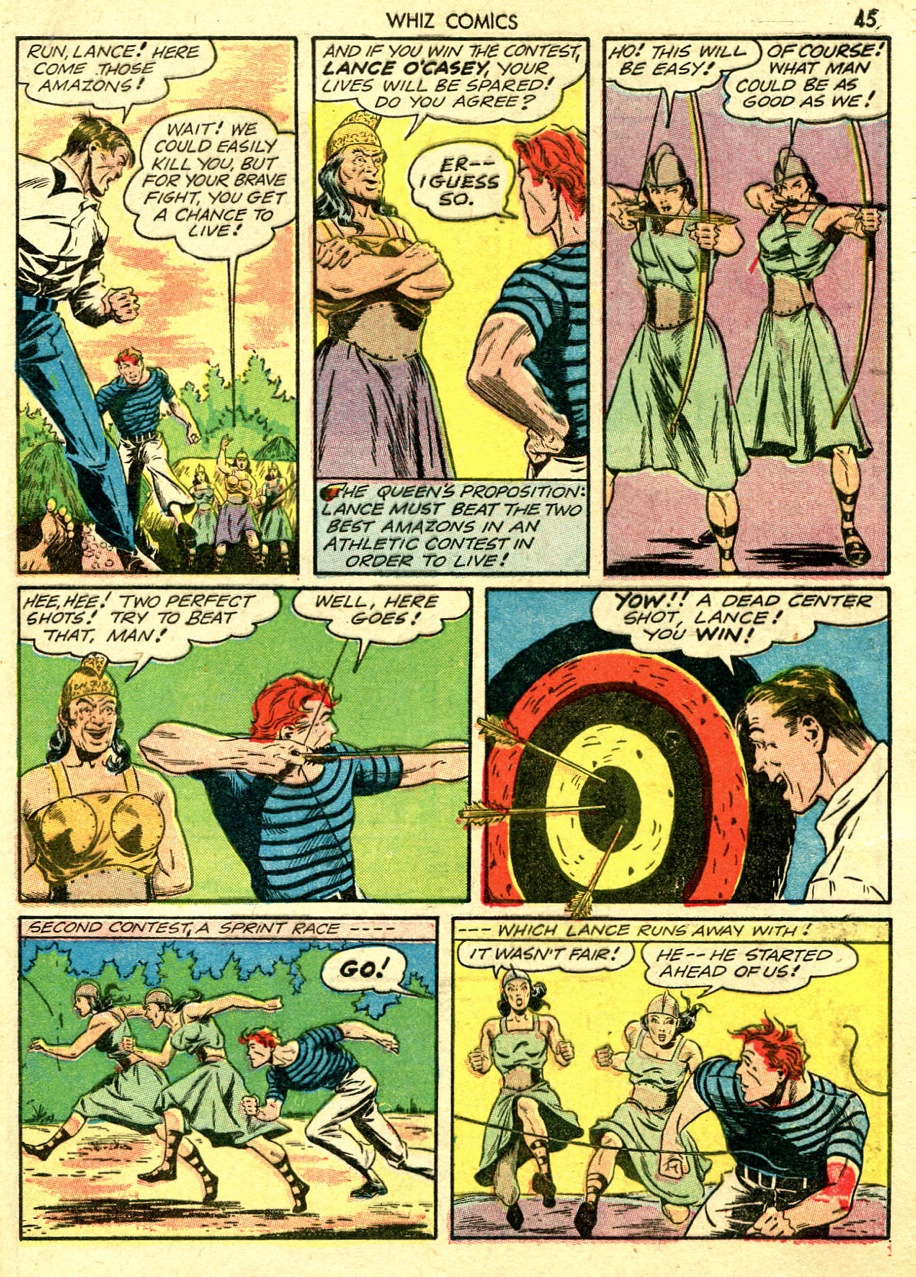 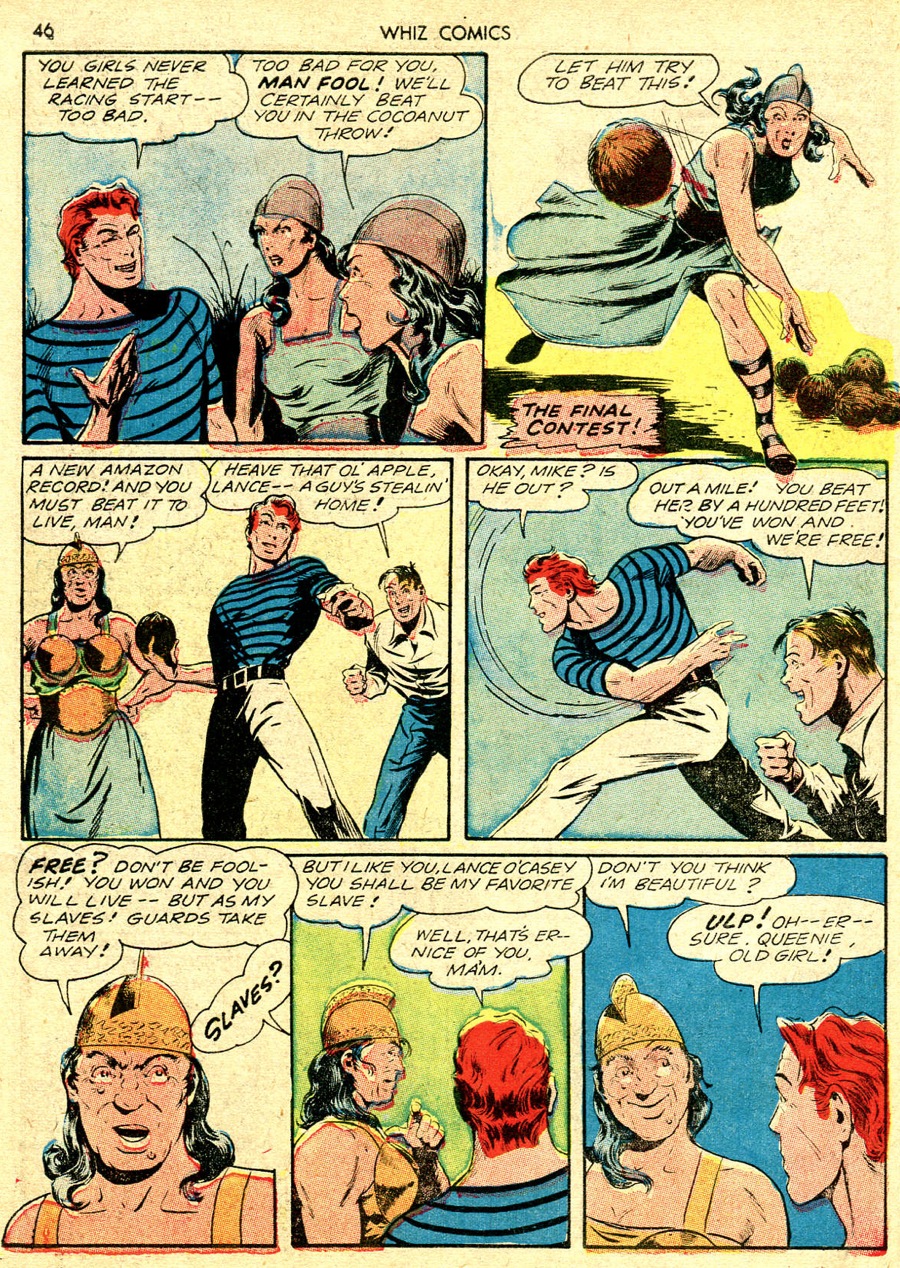 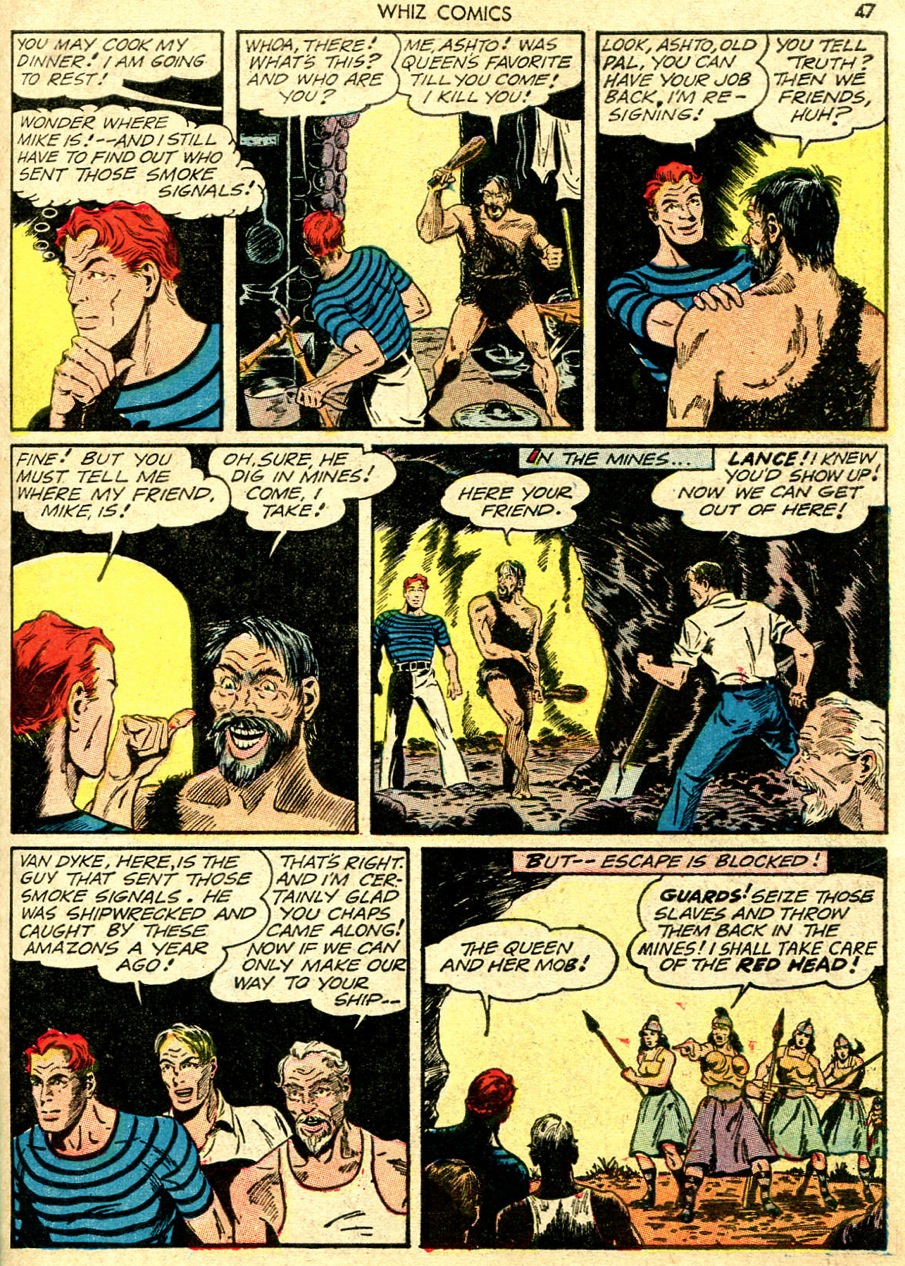 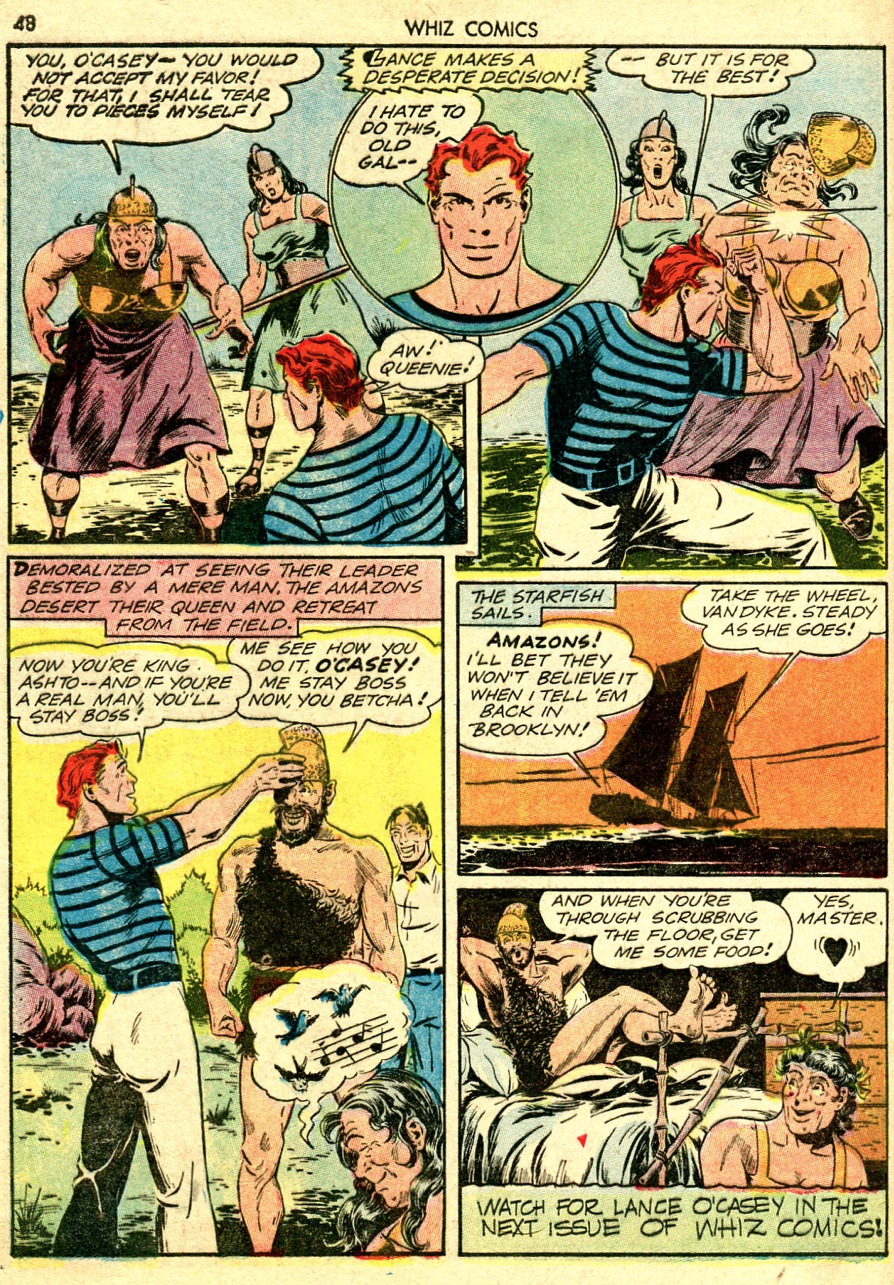