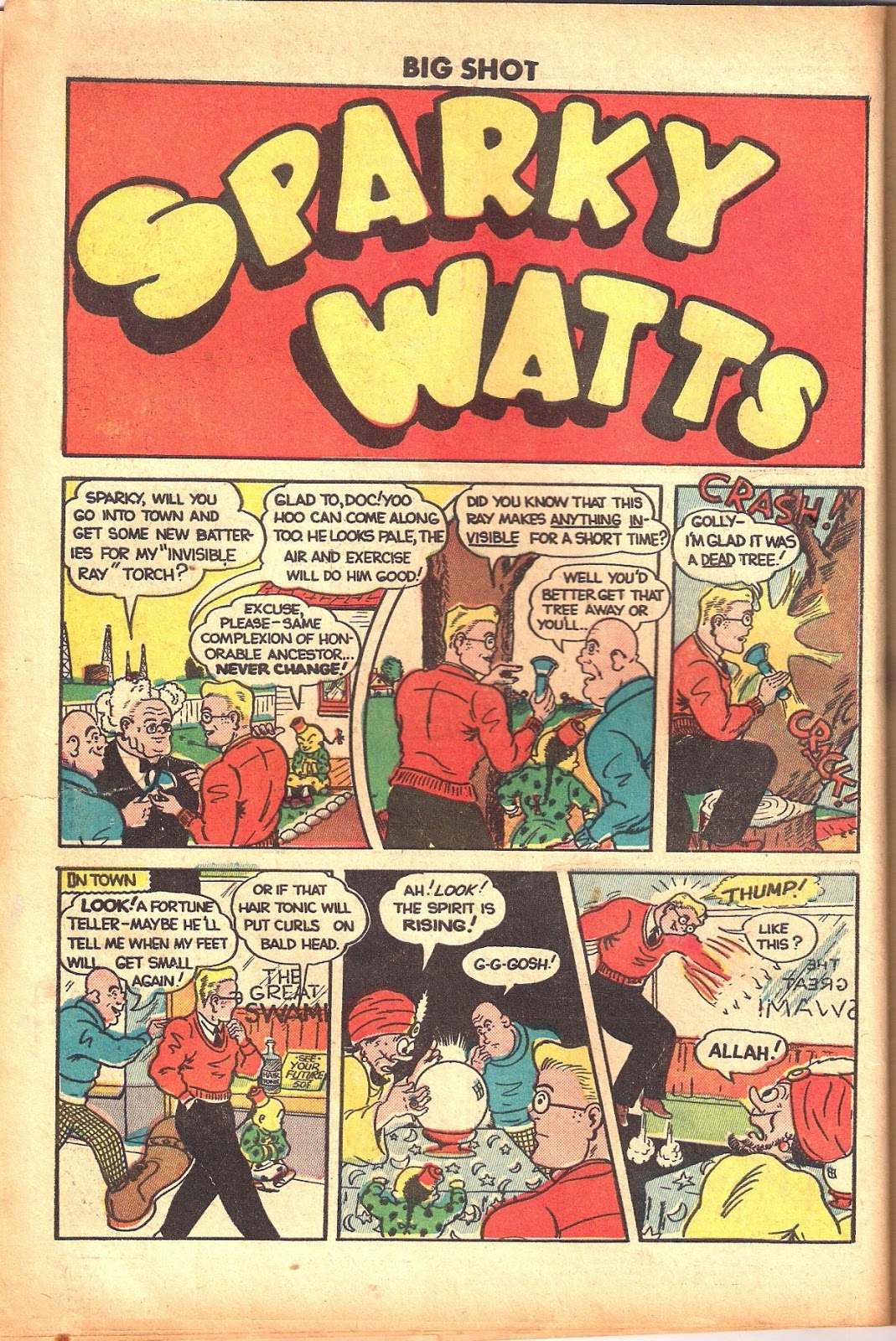 I'ma  bog fan of Boody Rogers' Sparky Watts in Golden Age comics. This, however, AIN'T IT! This is Tom DeAngelo's filler version, done while Rogers was off at war. Unlike the surreal but acceptable on its own terms insanity of the original (and later) strip, this version was poorly drawn with sad attempts at humor and storytelling. This particular story is probably one of the worst Golden Age tales I've read. Where does Slap Happy get the fake money? What is the point with the bit with the Senator?How do they wind up kidnapped? Why does Sparky lose his powers indoors? Nothing makes sense and so much seems to happen offscreen. Luckily, Boody came home safe and sound and took his best creation to even greater success in years to come. 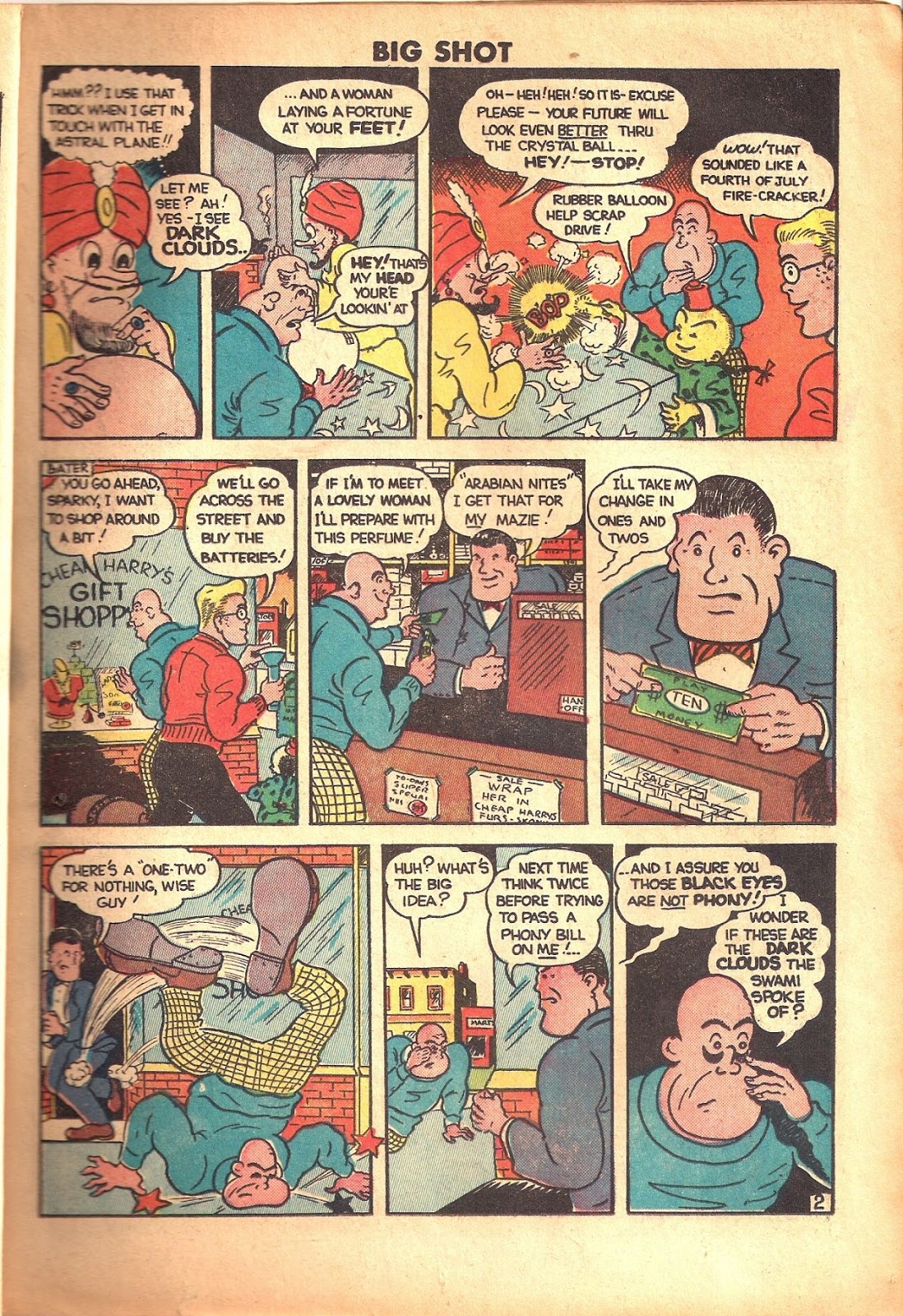 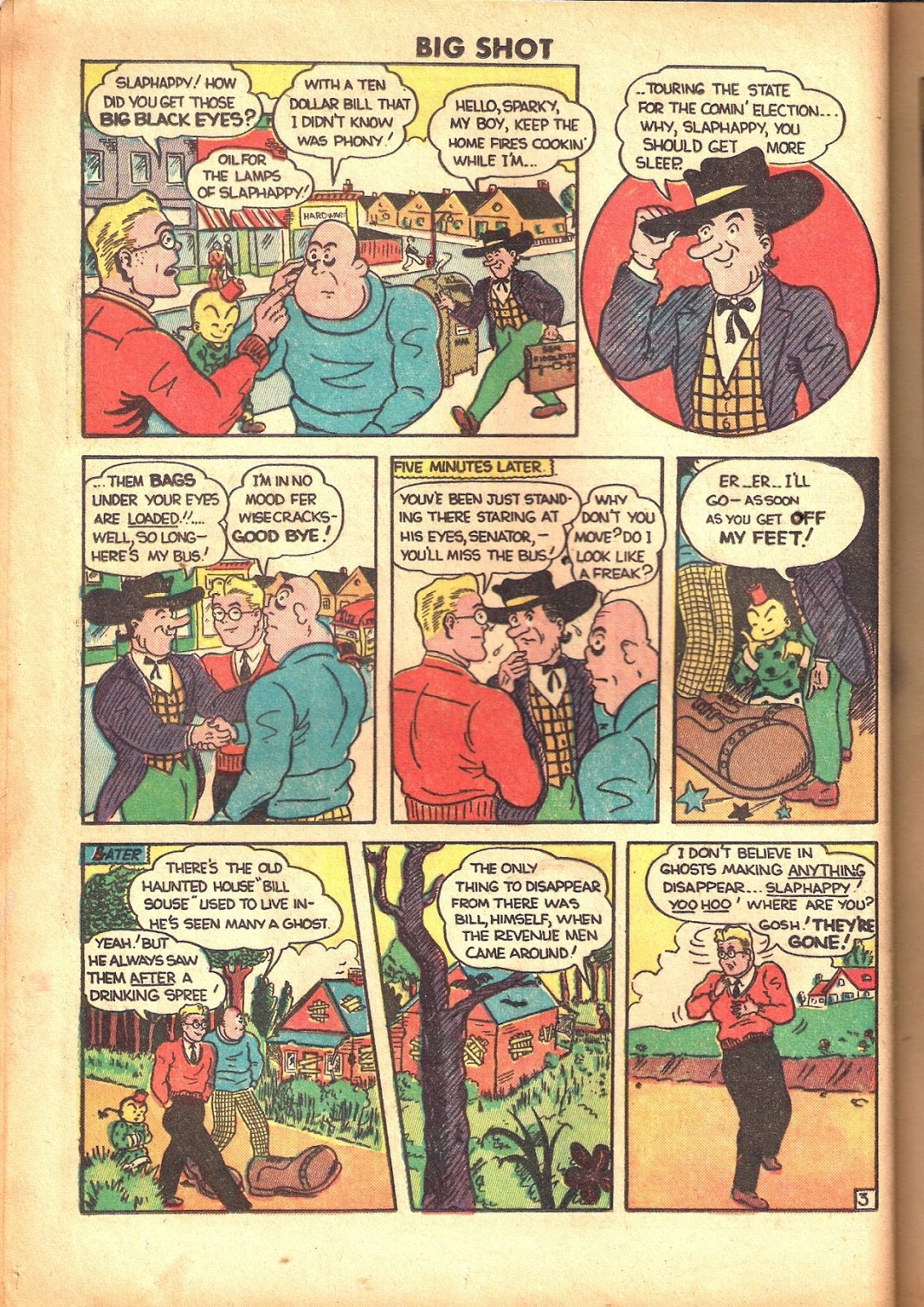 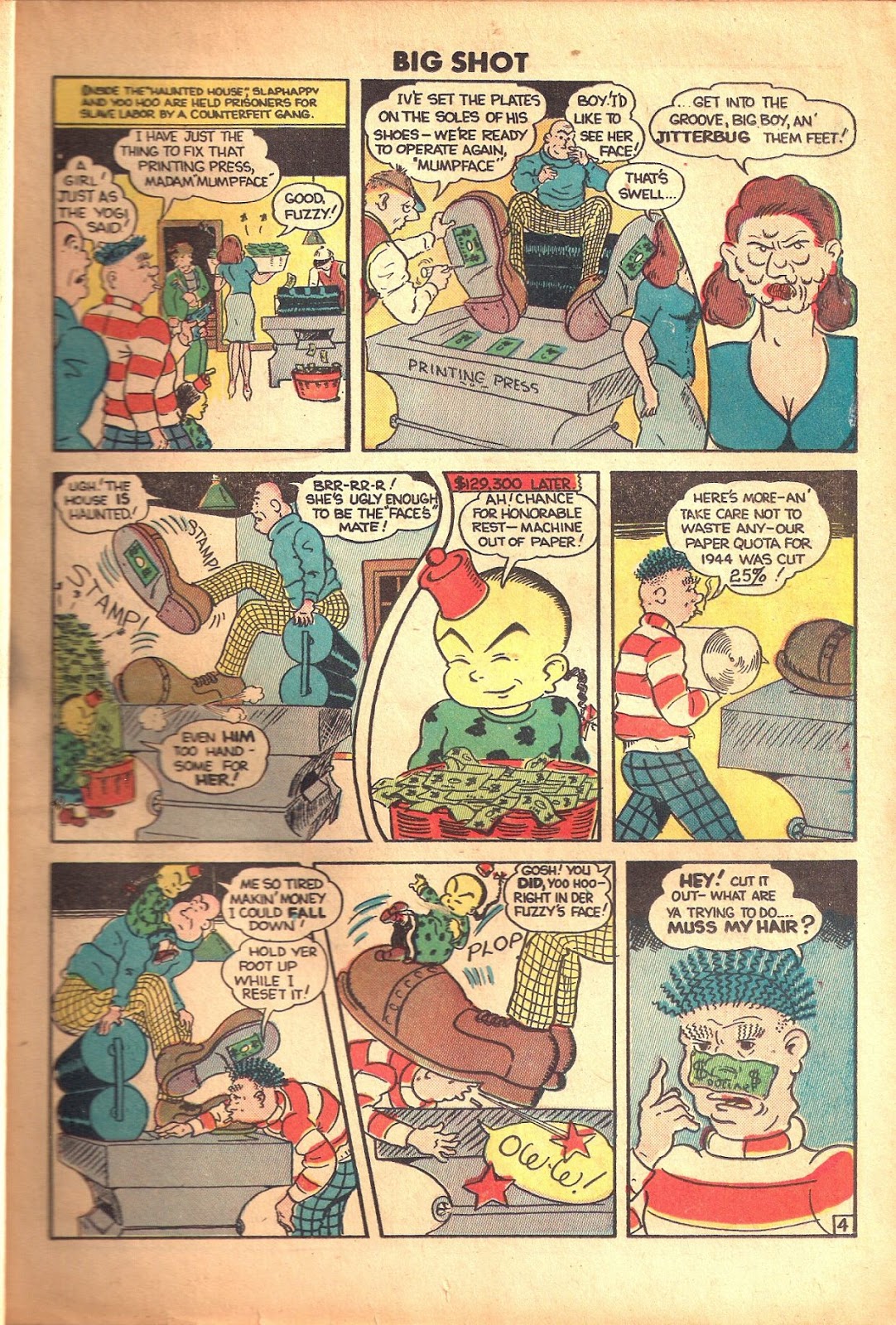 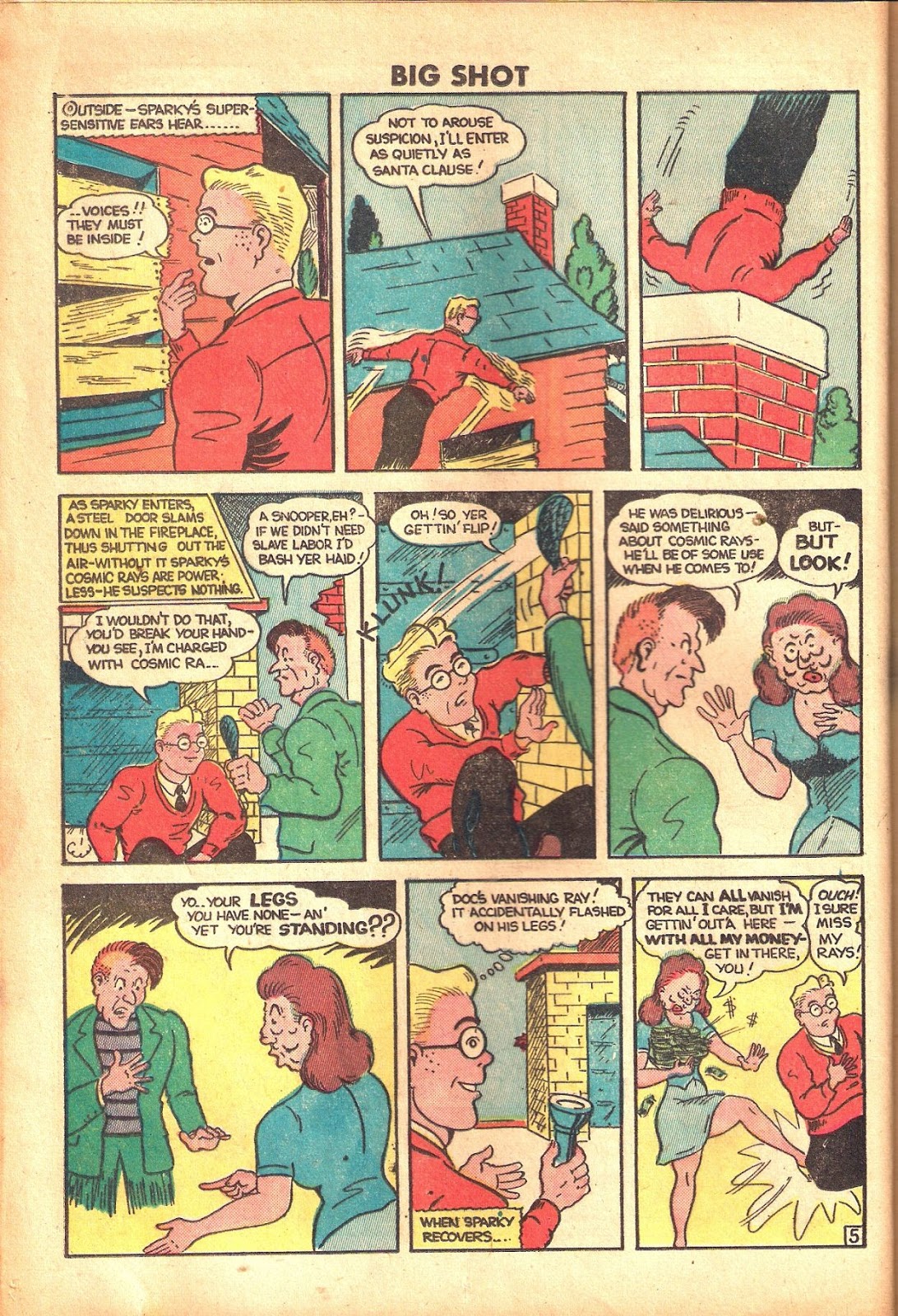 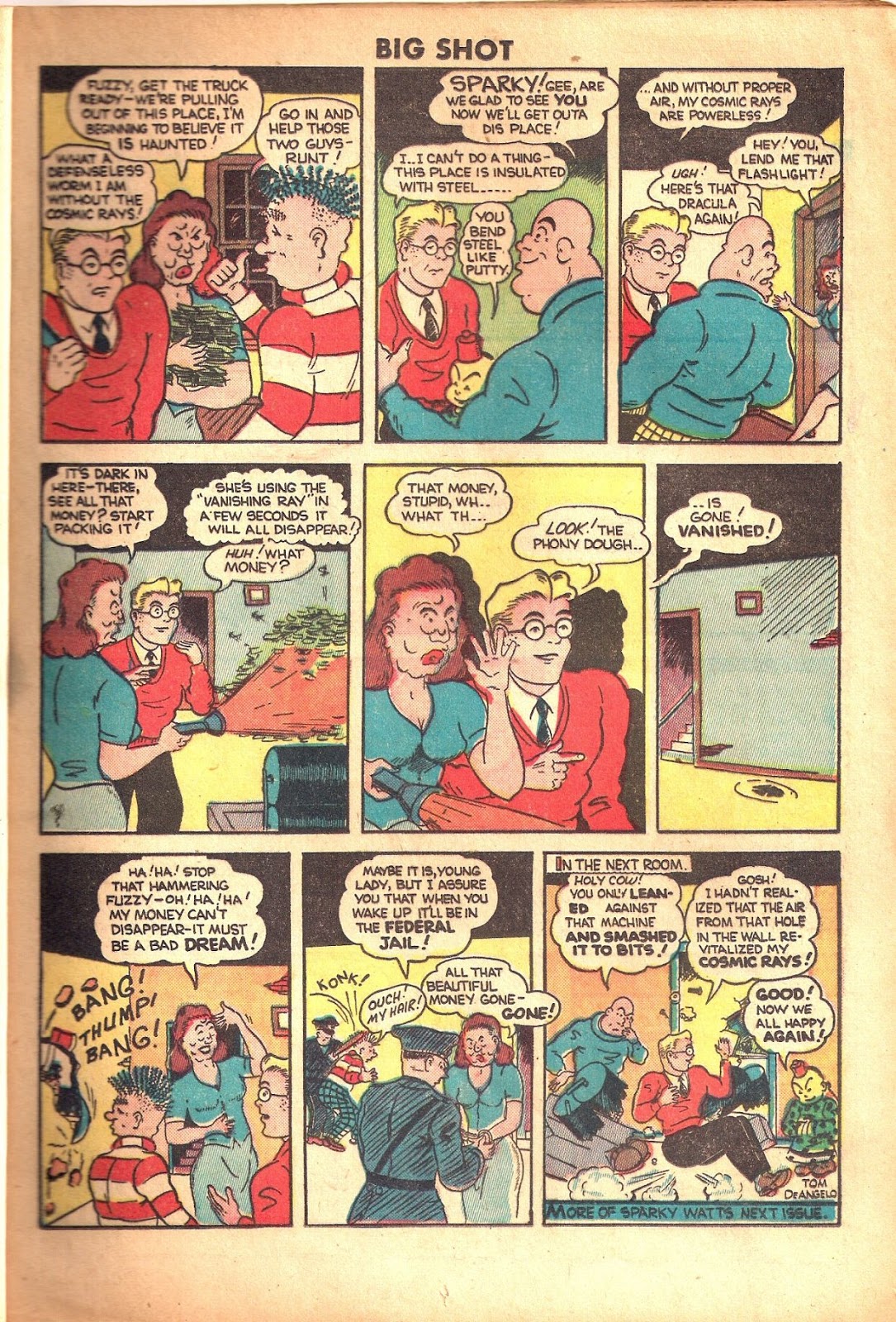