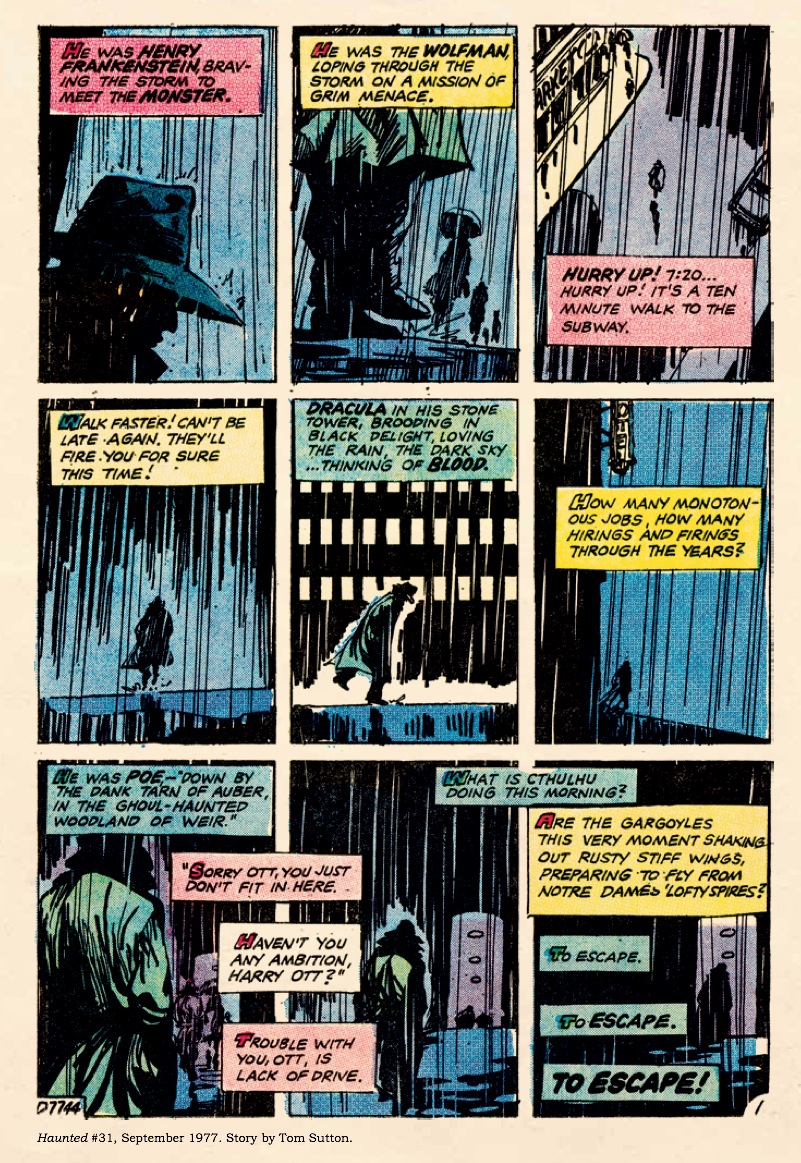 I discovered Tom Sutton through his humor work at Marvel in the 1960s but he also did some westerns and even a few superheroes. He was the original artist on Vampirella when her stories first appeared from Warren. Oddly enough, though, it was at low-rent Charlton that Sutton was given his head and he really ran with it! Here is a literately written and intoxicatingly drawn short piece of pseudo-psyhedelic horror as reprinted in the brand-new Chilling Archives of Horror collection, TOM SUTTON'S CREEPY THINGS, available now here! Highly recommended! 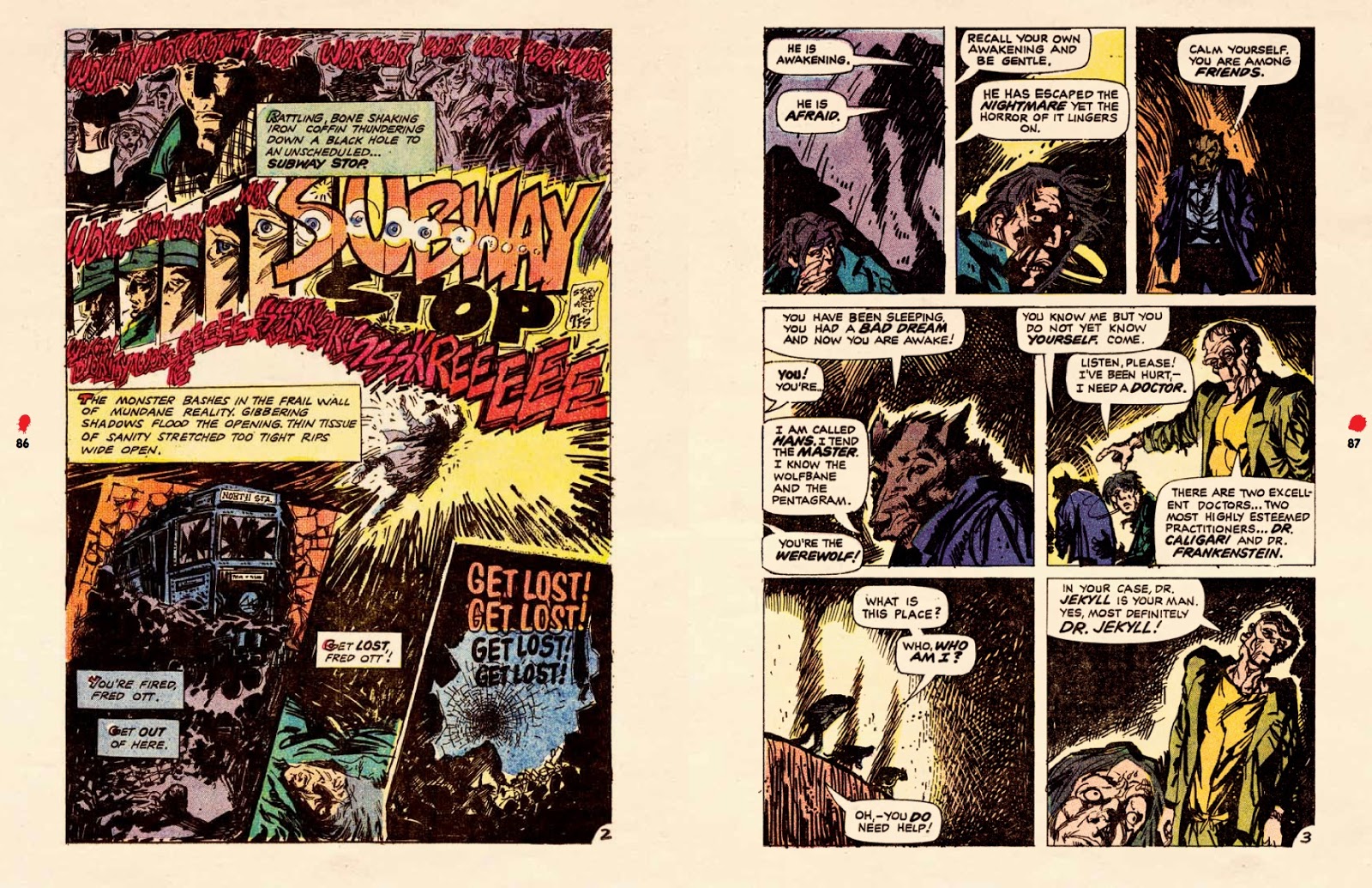 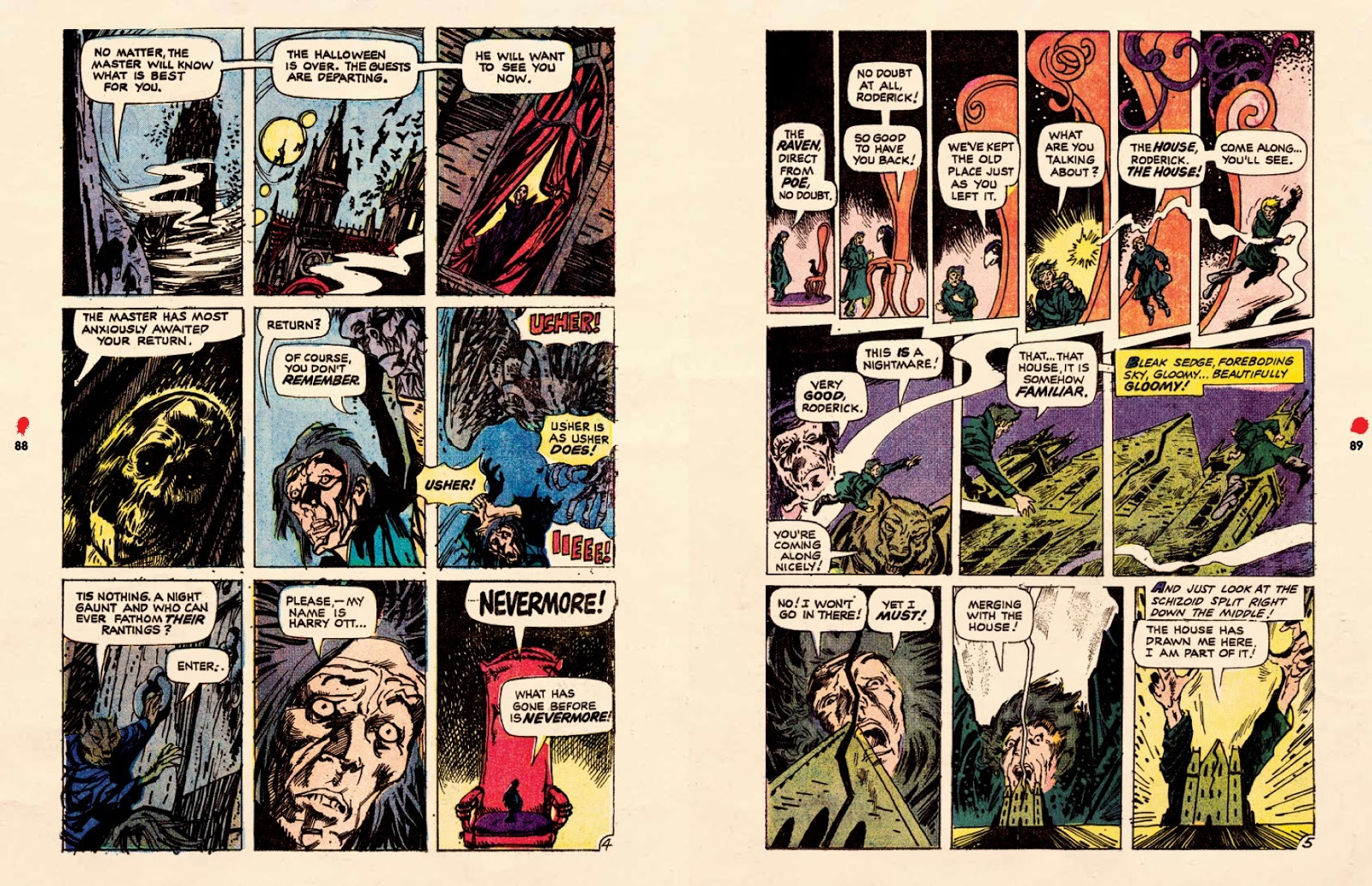 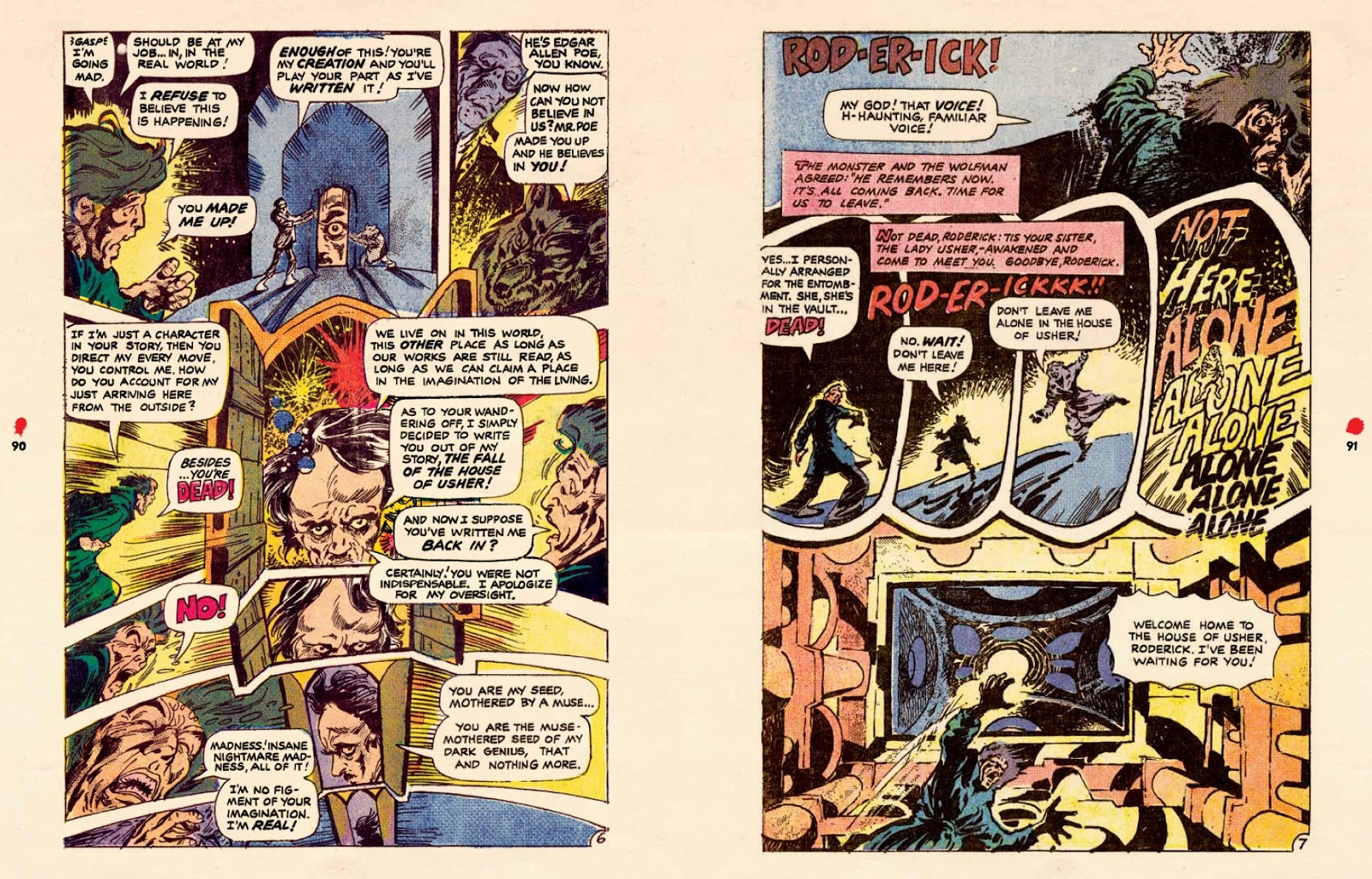 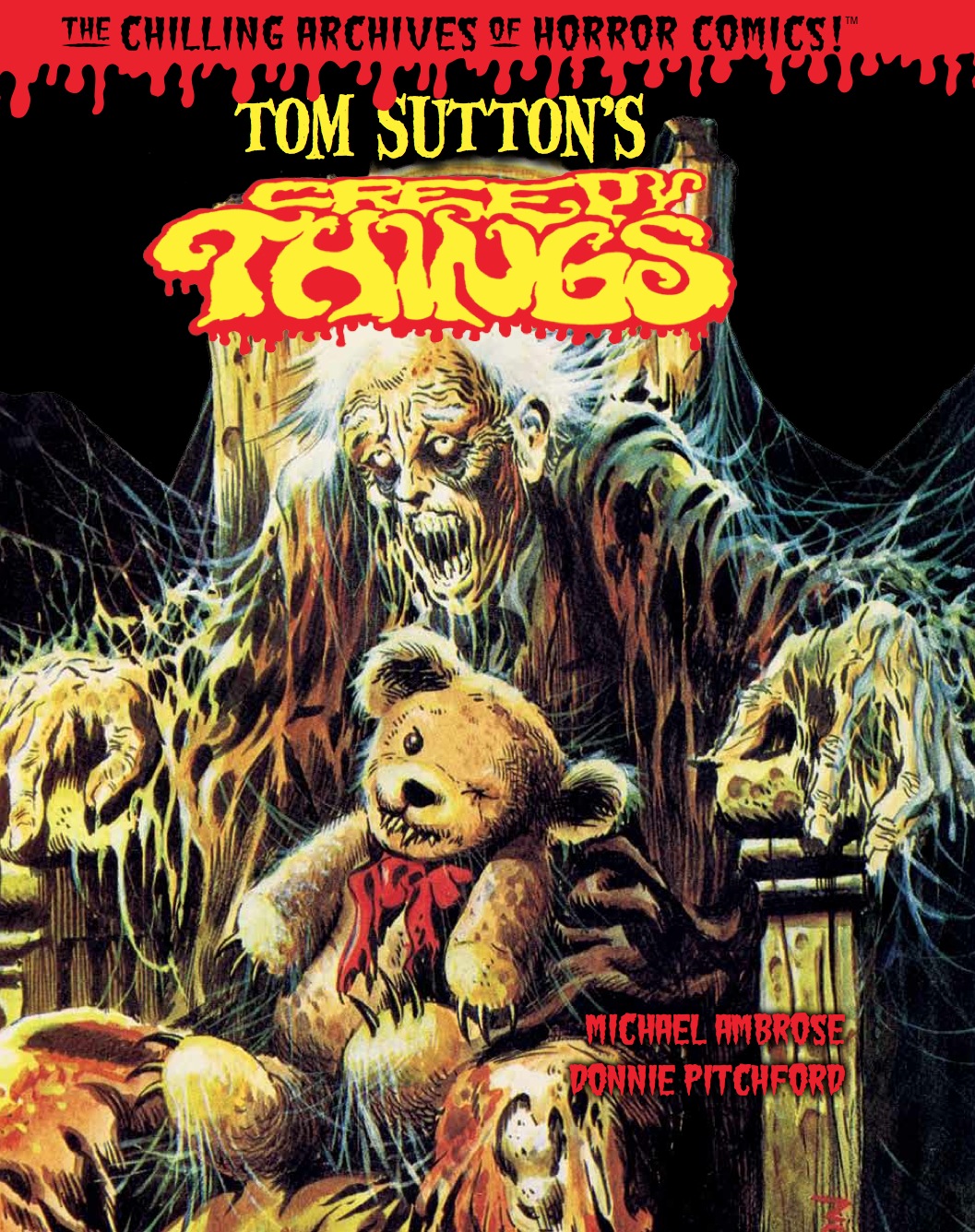 Posted by Booksteve at 1:21 AM