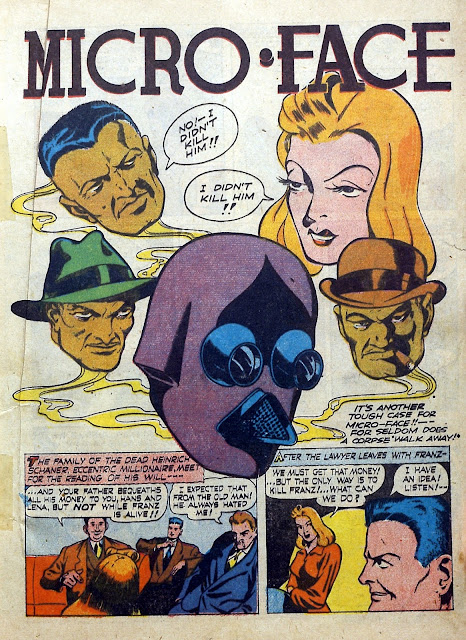 Found this description of this guy at the Public Domain Super Heroes page. I couldn't out it any better so, quote, Tom Wood was a factory worker and a failed inventor. Years ago, he invented a "Micro-Mask" - a full-face mask that contained a built-in microphone (which allowed hm to amplify and throw his voice), a hearing amplifier, and "photoelectric lenses" that gave him x-ray vision. He could also attach telephone wires to his mask to make phone calls. Tom offered the invention to the U.S. government, only to be turned down.
When his brother, Jim Wood, was shot by gunfire of gangsters, Tom promised to avenge his death.To that end, he decided to use his invention and an old masquarade costume to costumed crime-fighter known as Micro-Face. 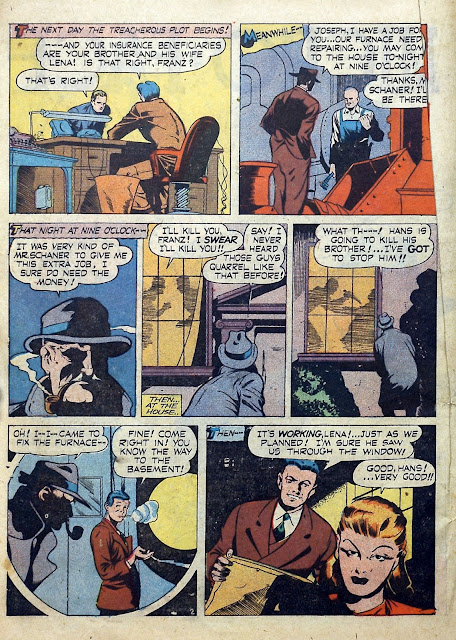 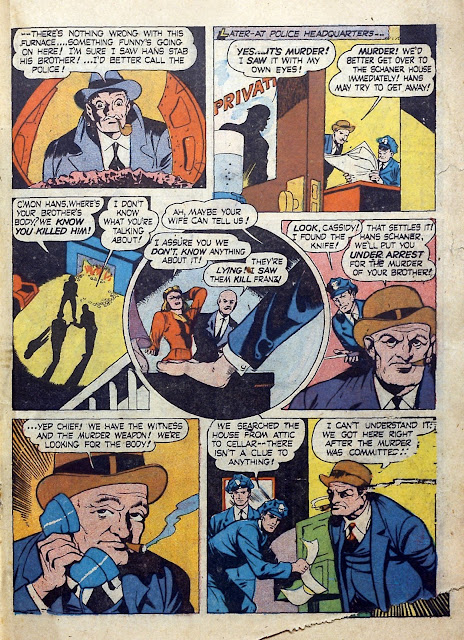 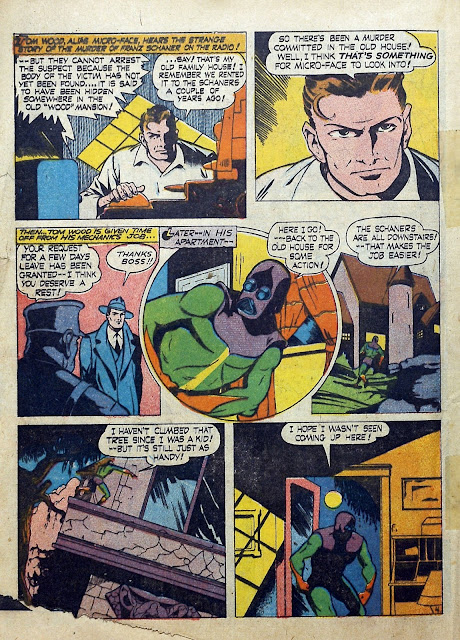 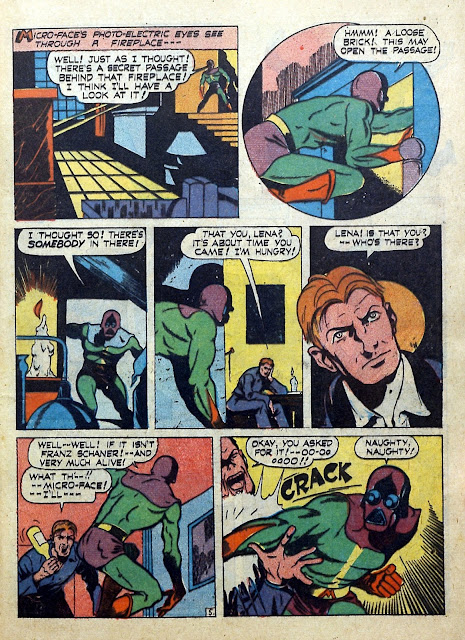 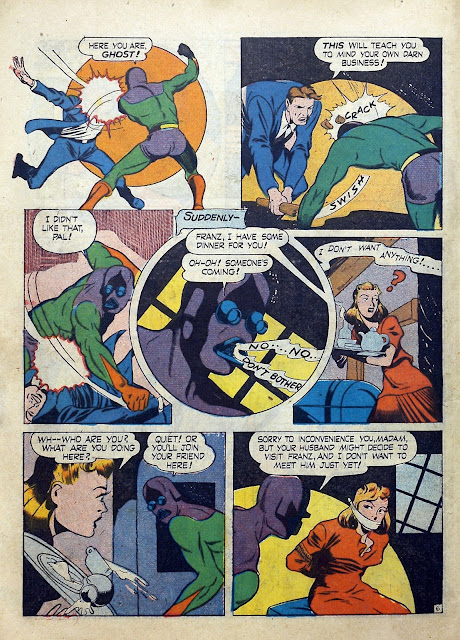 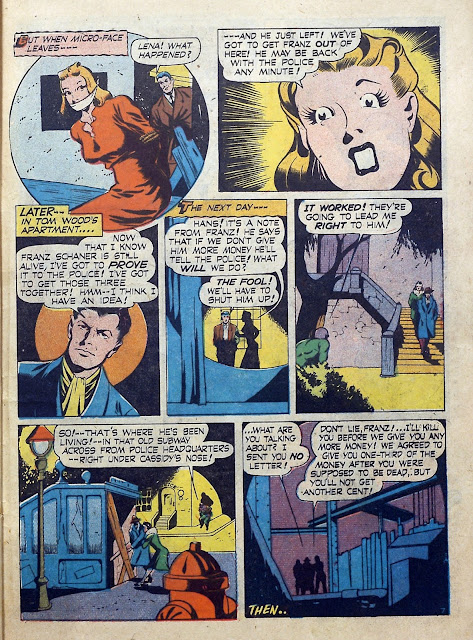 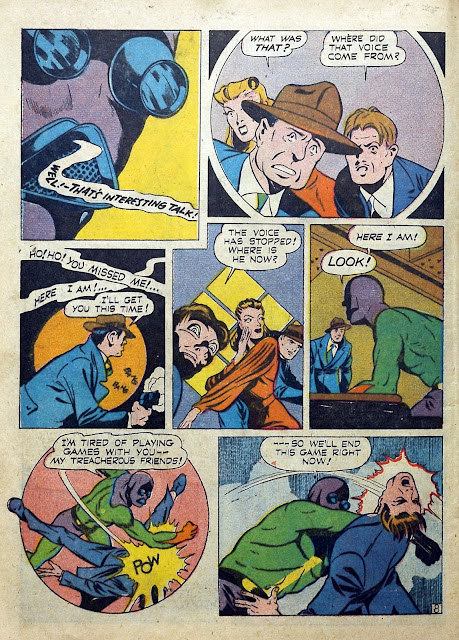 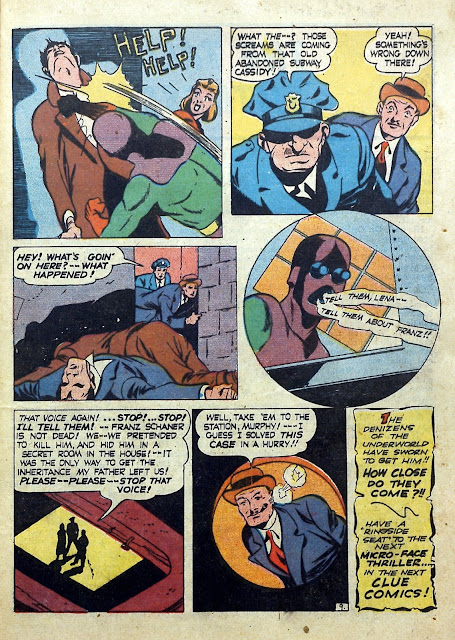 Looks alot like The Beetle from Marvel (Strange Tales #123). I wonder if Kirby designed that Beetle costume?

One of the "All in Color for a Dime" writers assumed Micro-Face had a small face, like Dick Tracy villain Littleface.