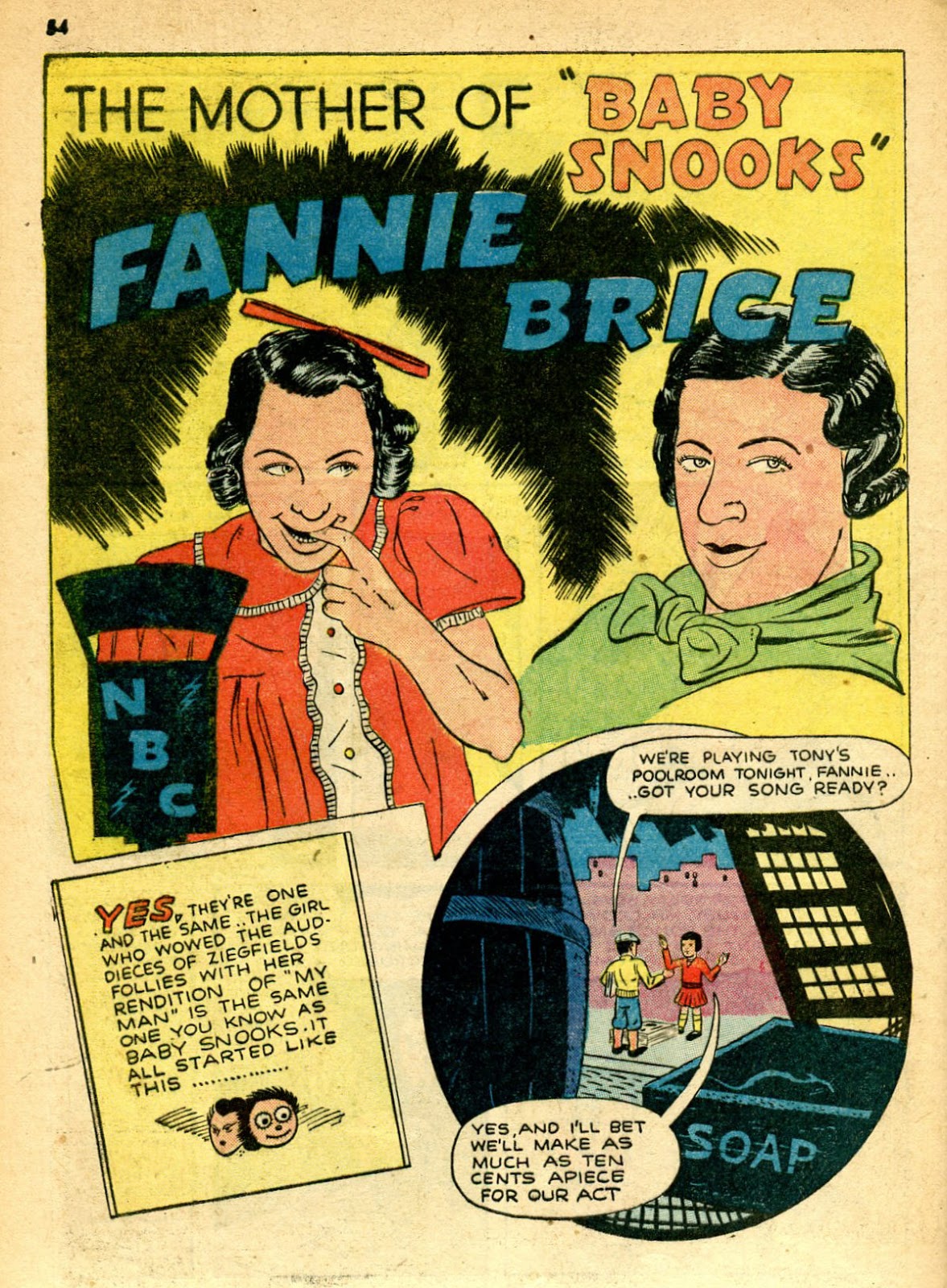 The panels not traced from publicity photographs are pretty bad in this bio-strip of Fanny (misspelled throughout as "Fannie) Brice. The singer/actress's story was better told in the musical play FUNNY GIRL, its film version and its sequel, FUNNY LADY. Both shows, however, tend to gloss over her decade-plus run as radio's Baby Snooks. Here, that character is highlighted. Snooks and her on-air interactions with her long-suffering "Daddy" (actor Hanley Stafford) could be hilarious but much of the time the character just came across as vaguely creepy, especially in all the stills of Brice dressed as a little girl menace. 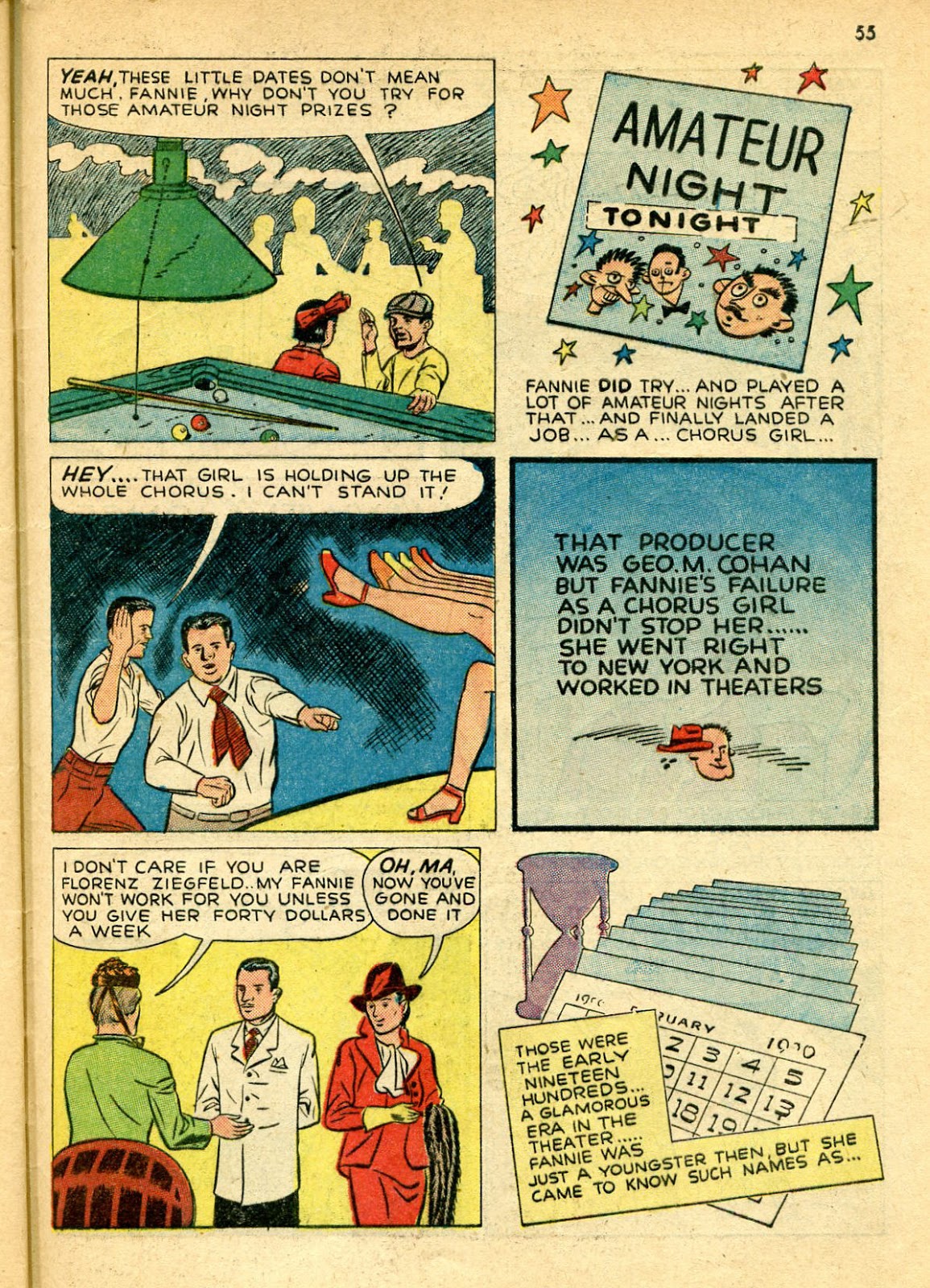 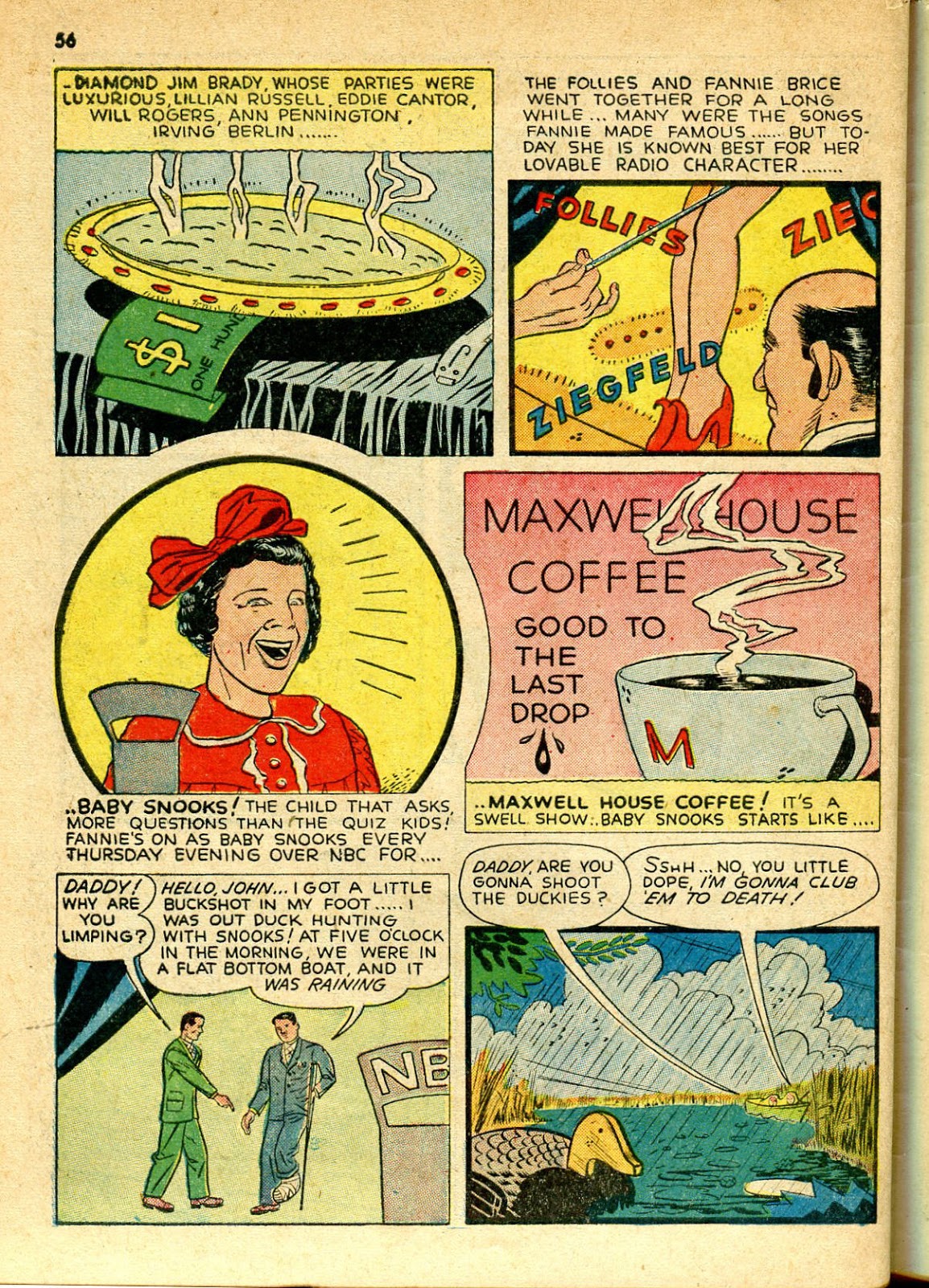 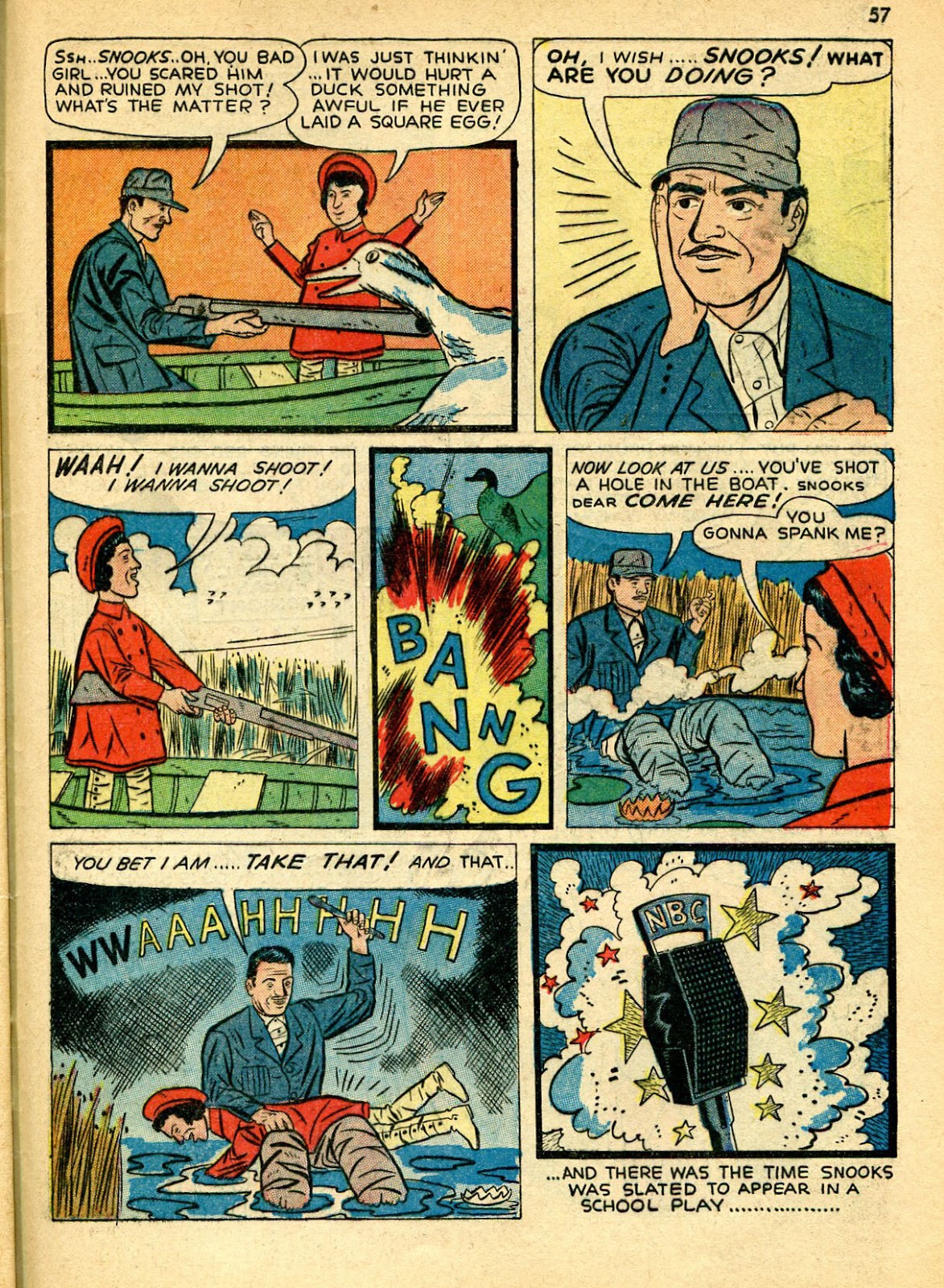 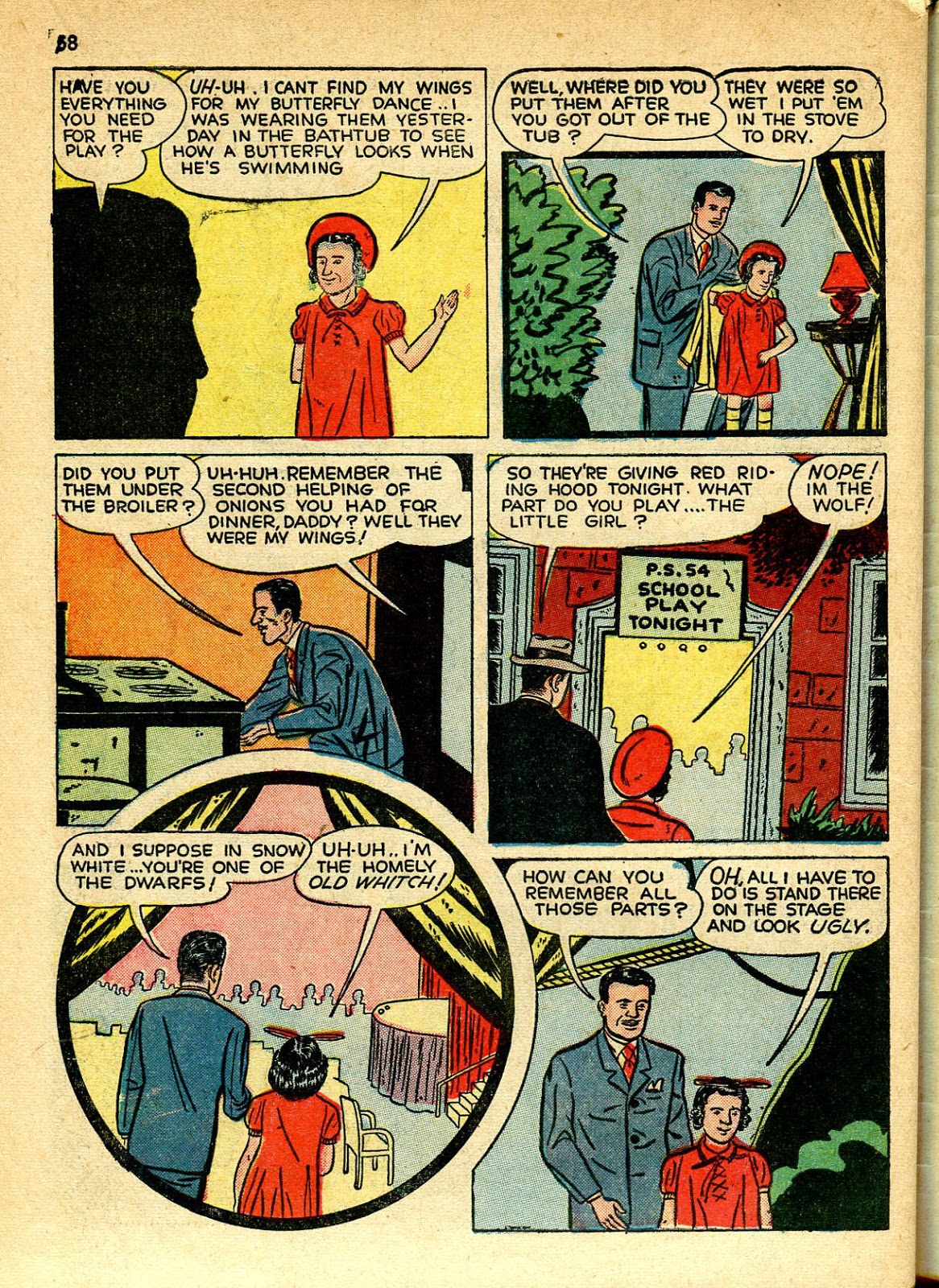 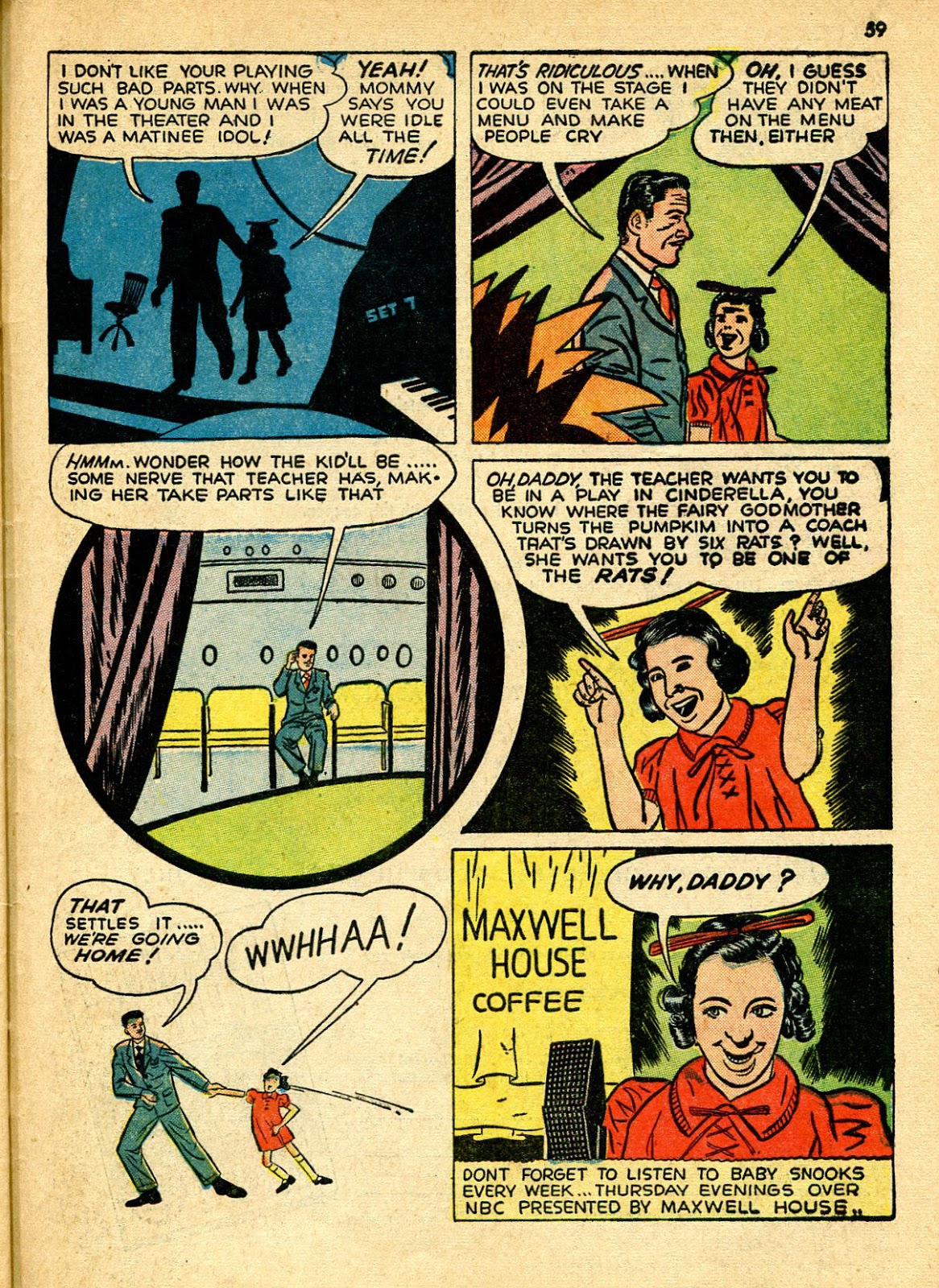 I think that Brice &alii didn't know where to draw the line with Baby Snooks. Her father belittles and beats her. If she's as old as she acts, then far too much is expected of her. If she's of an age to fit those expectations, then she's intellectually and emotionally retarded and morally warped.

(The illustrator here also doesn't know where to draw the line, in a more literal sense.)