The Spectre With Percival Popp-Bernard Baily-1944 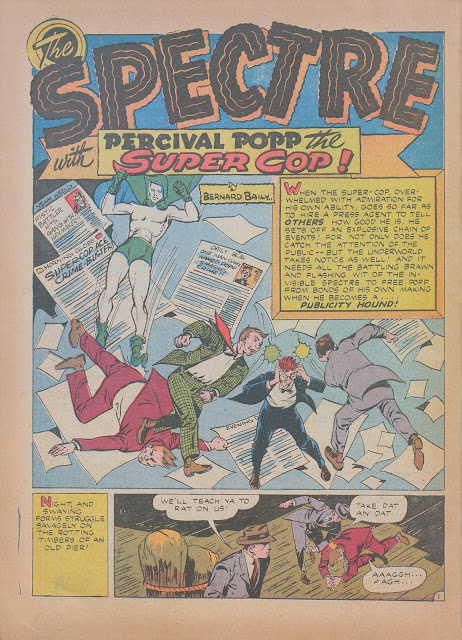 Like Dr. Fate, the Spectre was a character who was too powerful for his own good. In this case, they made him essentially into a guardian ghost for one Percival Popp who liked to refer to himself as a Super Cop! Jerry Siegel made the change but then was drafted and Gardner Fox took over the series at perhaps its lowest ebb. It would be two decades later when Fox revived the character on a cosmic scale not seen again until the Marvel characters of the seventies! 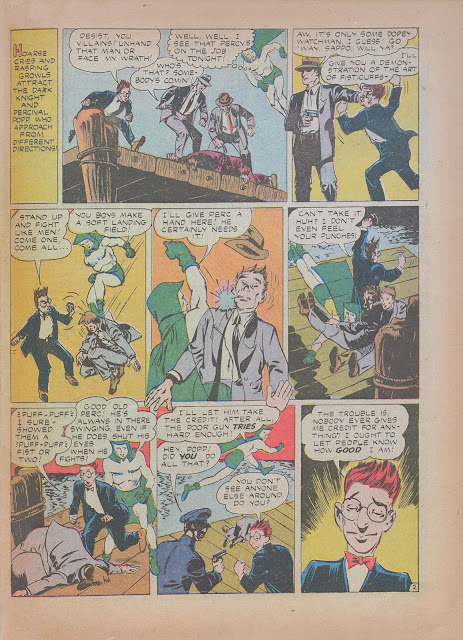 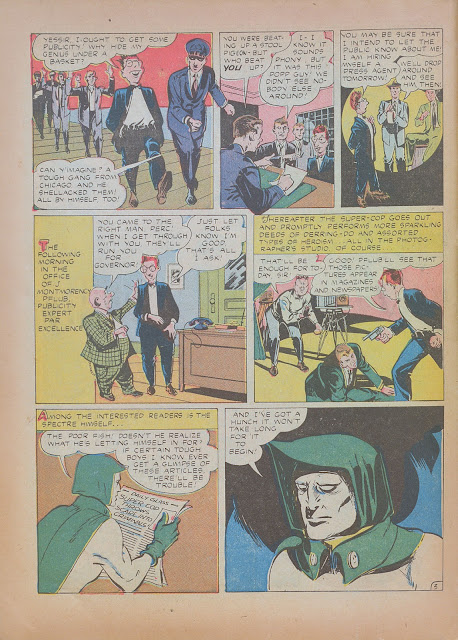 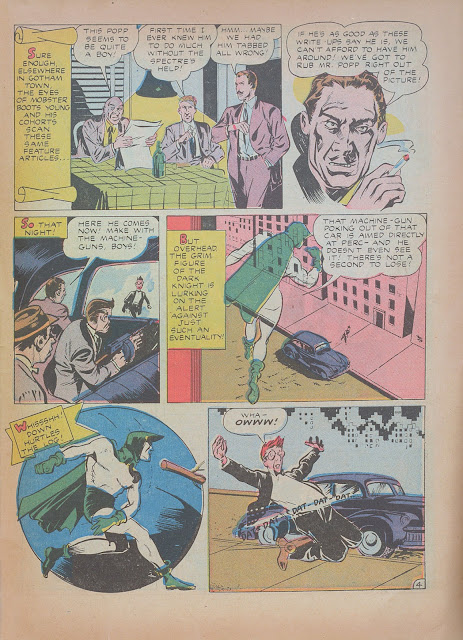 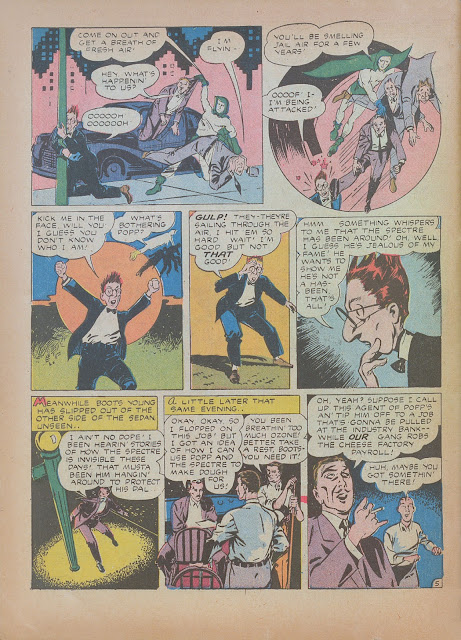 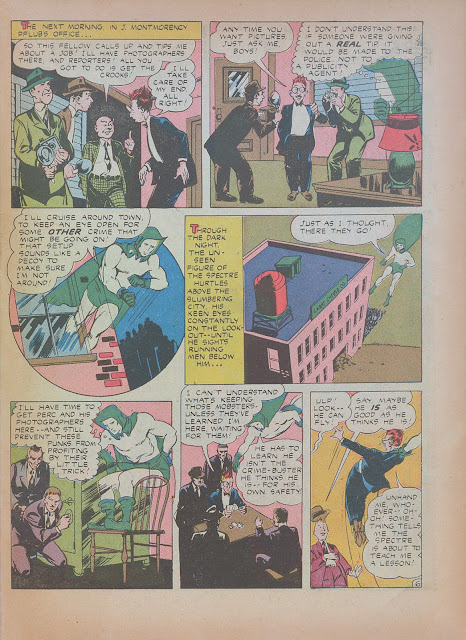 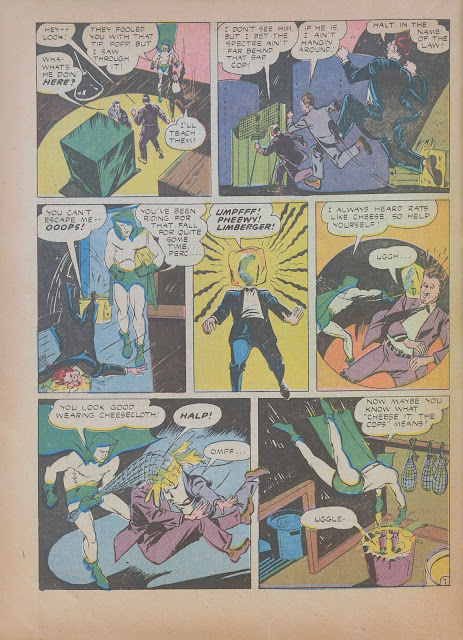 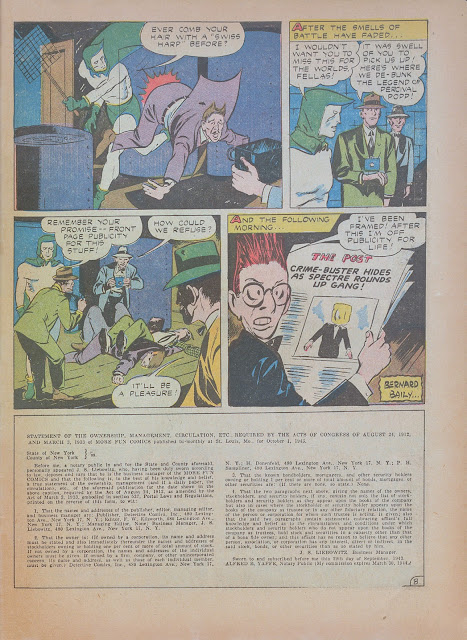 As with the later Dr Strange (to whom Doctor Fate has more than once been compared), the stories for these characters work when they maintain a surreal atmosphere. But there are different sorts of dreams; the Spectre belongs in a very bleak world, a nightmare characterized by emptiness; Doctor Fate in a world that mixes Lovecraft and theosophy.