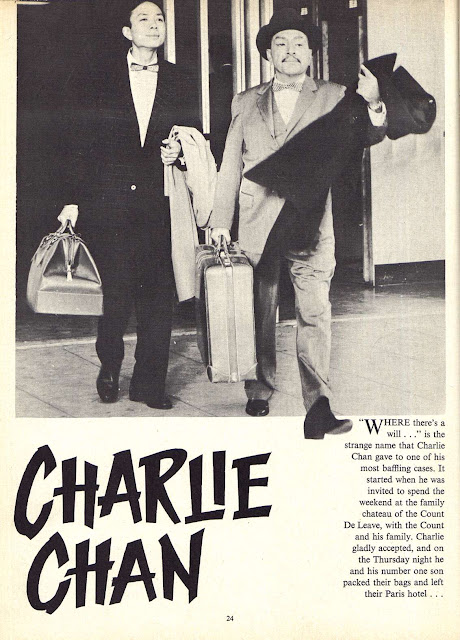 Here's an unusual one--not just back and white but augmented with photographs from ten 1957-58 TV series, THE NEW ADVENTURES OF CHARLIE CHAN. Although that series was adapted at the time by DC, this is a UK version from a  couple of years later when the series, presumably, was running there. The show starred J. Carroll Naish (better known at the time as the lovable Italian Luigi from TV and radio) and James Hong and both appear in the photos. 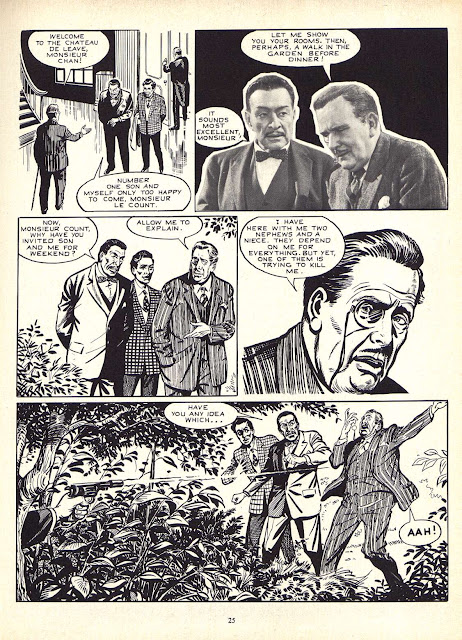 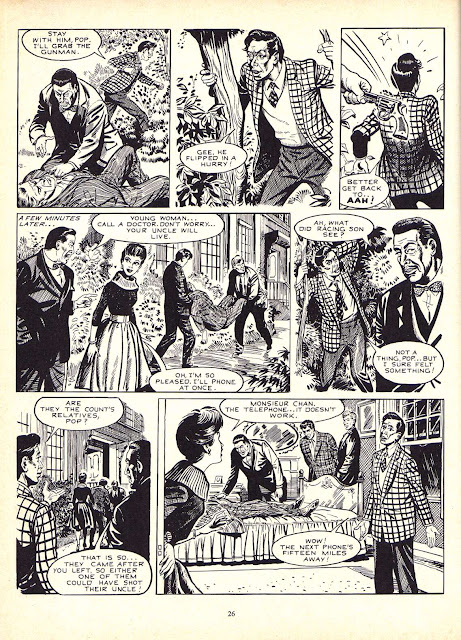 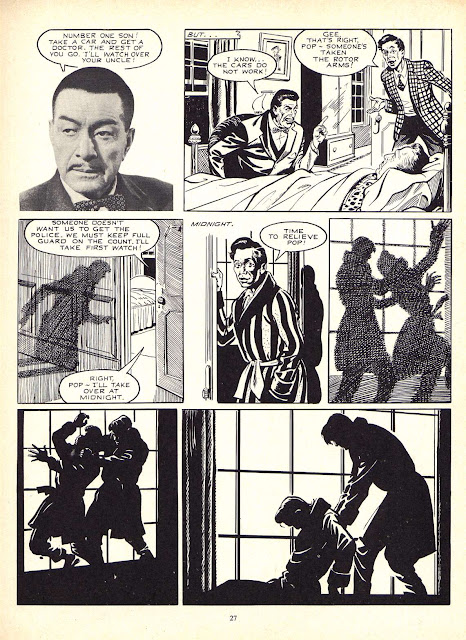 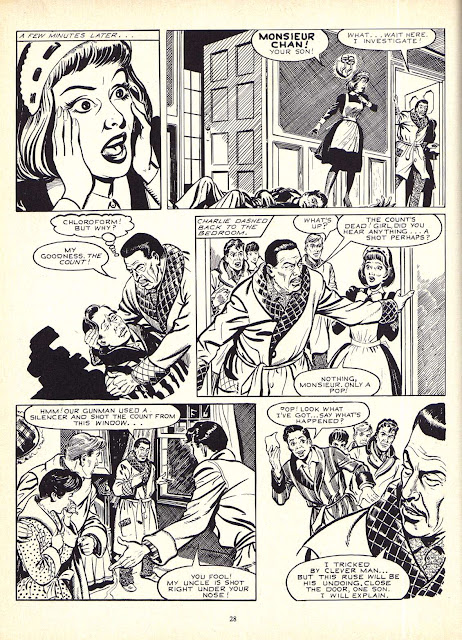 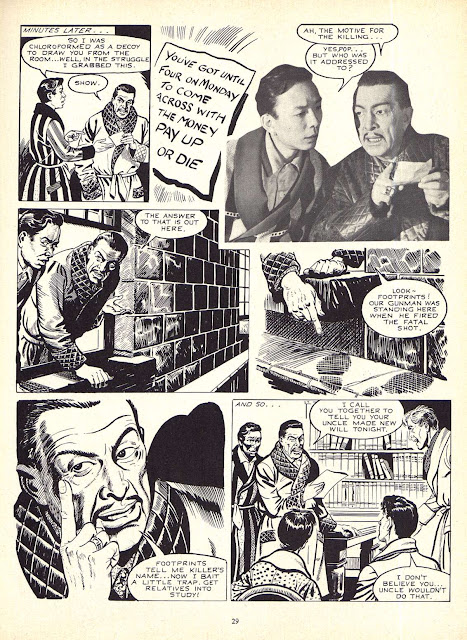 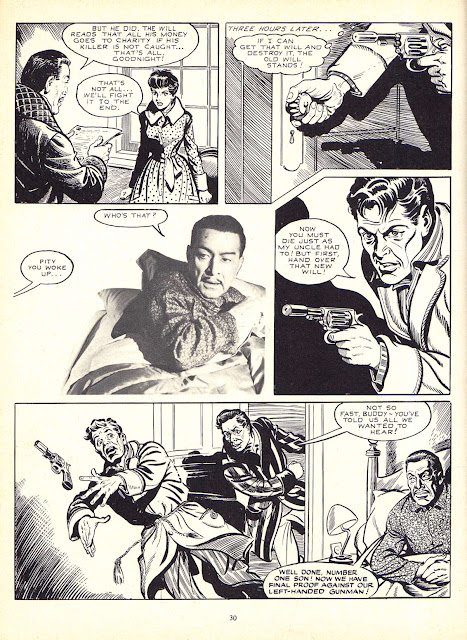 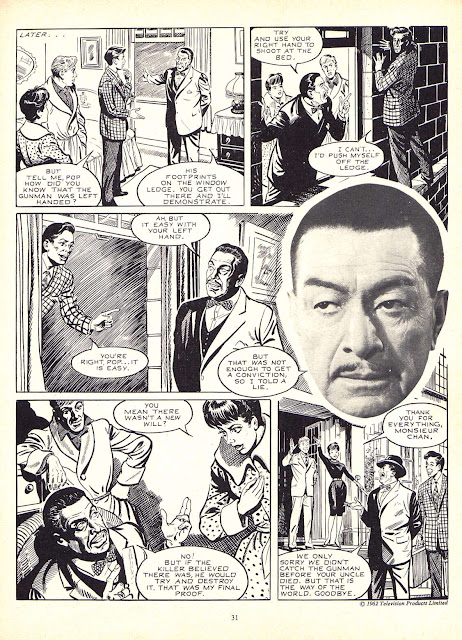 Yester-day, Naish came-up in conversation with my father.* I noted that Naish played characters of various ethnicities, but never an Irishman. (“Naish” is an Irish name, which is why its “ai” is pronounced /æ/, rather than /ʌɪ/ or /e/.)
__________
*We were discussing the first of the Batman serials, in which Naish played a Japanese villain.

Wow, what an awkward way to combine photos and line art.