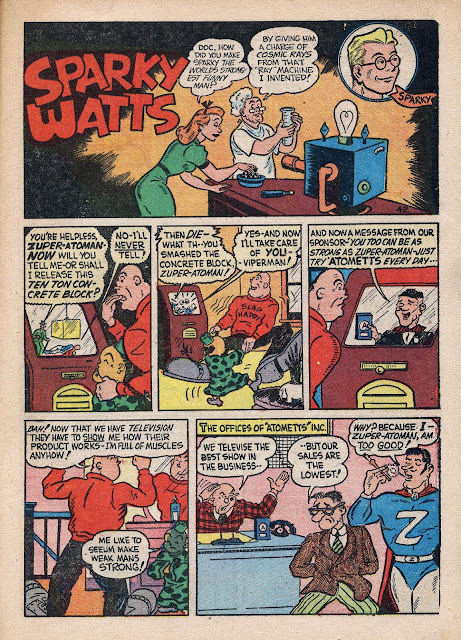 A Golden Age favorite around here, Sparky Watts appeared in BIG SHOT COMICS as well as in his own title for a brief period and in newspapers. Here we have a Superman parody featuring Sparky but from the unusual spot as a backup in MICKEY FINN, Mickey being another regular in BIG SHOT so it was cross-promotion. This does not appear to be by Sparky's creator, Boody Rogers. 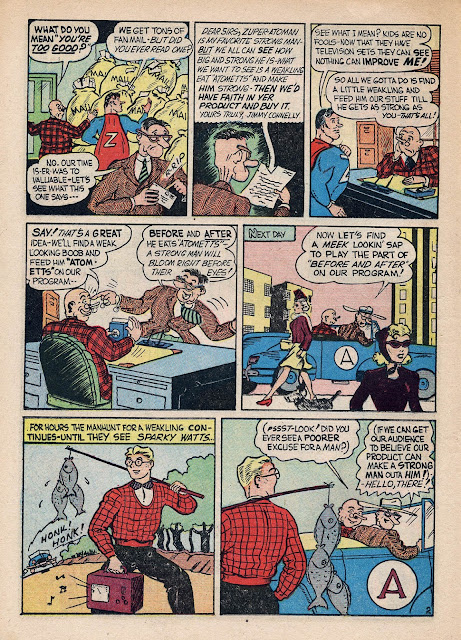 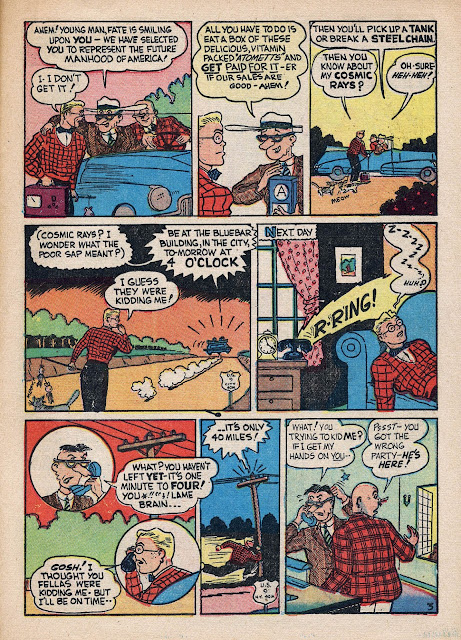 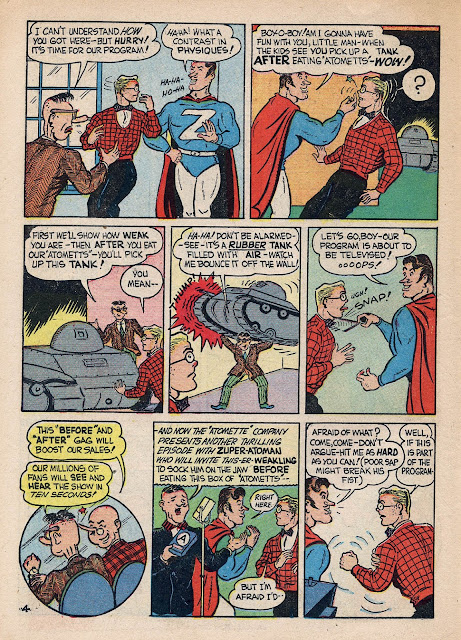 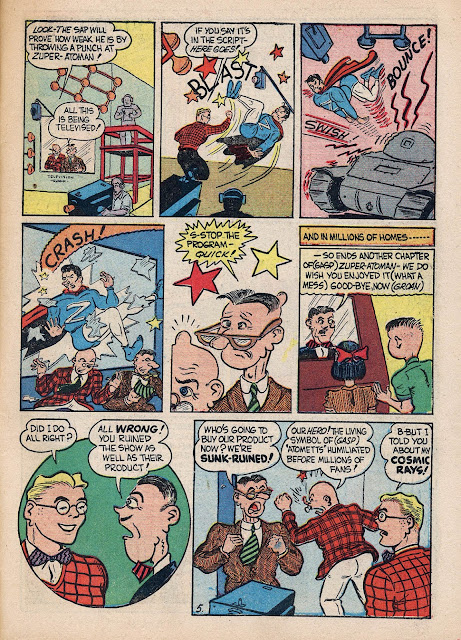 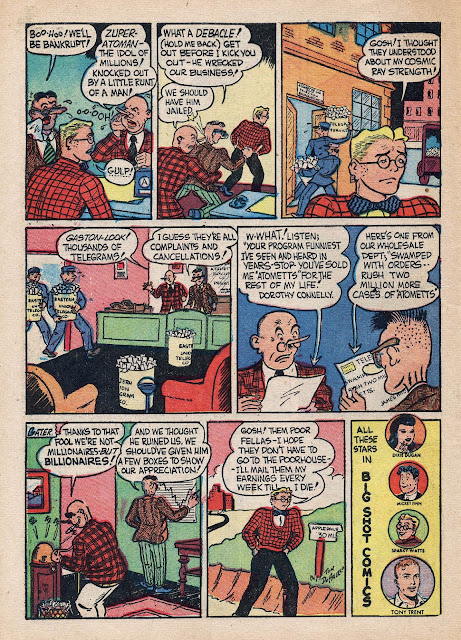 Posted by Booksteve at 4:05 AM