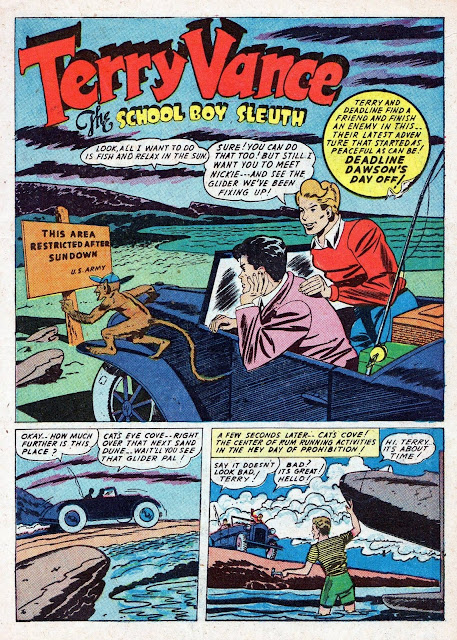 Terry Vance was a longtime backup character in MARVEL MYSTERY COMICS. Described as a genius inventor and a schoolboy detective, his sidekick is a monkey named Doctor Watson. What really makes him interesting though is the very early art of Bob Oksner, later known for his work in DC's humor features and SUPERGIRL. Known also for drawing some of the most beautiful girls in comics, there's nary a female to be seen here in this boys strip. 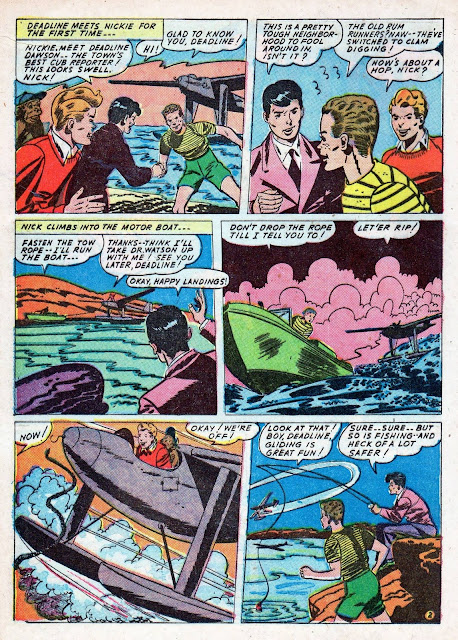 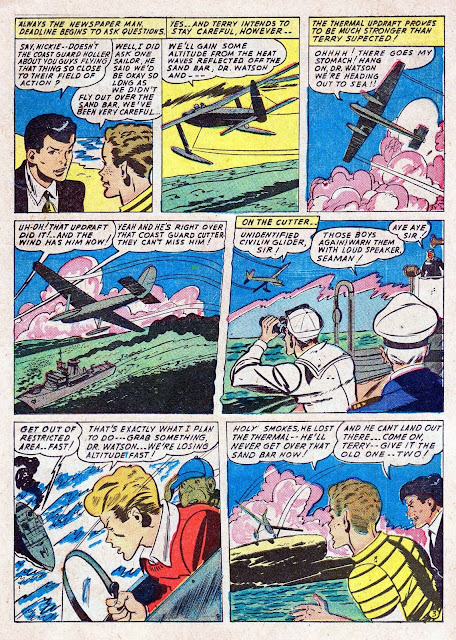 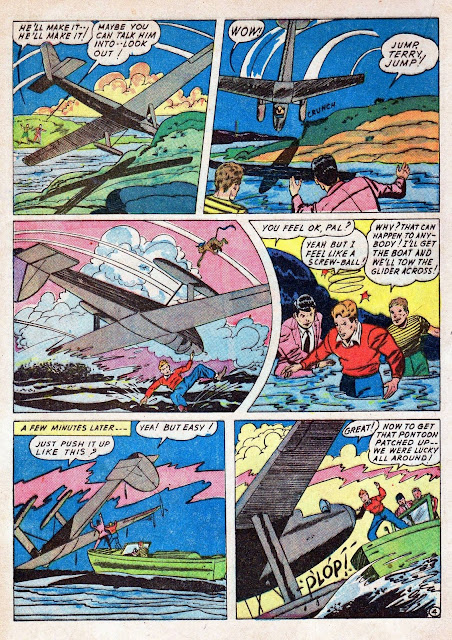 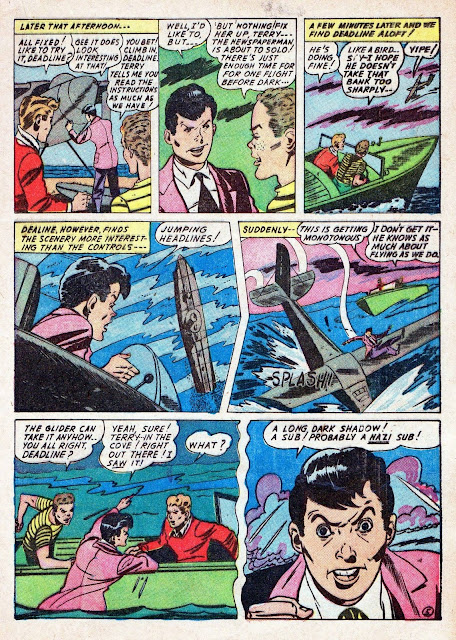 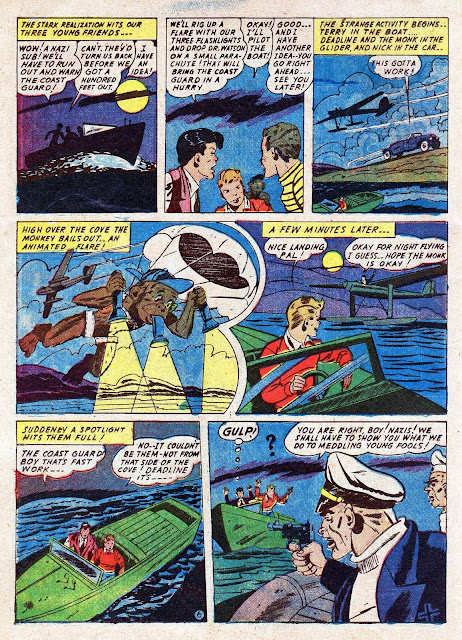 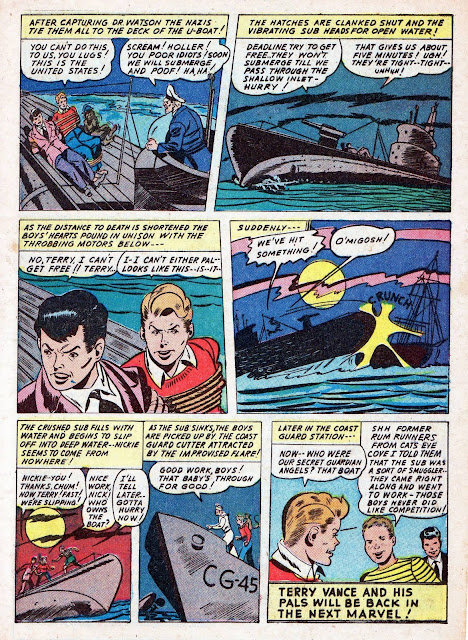