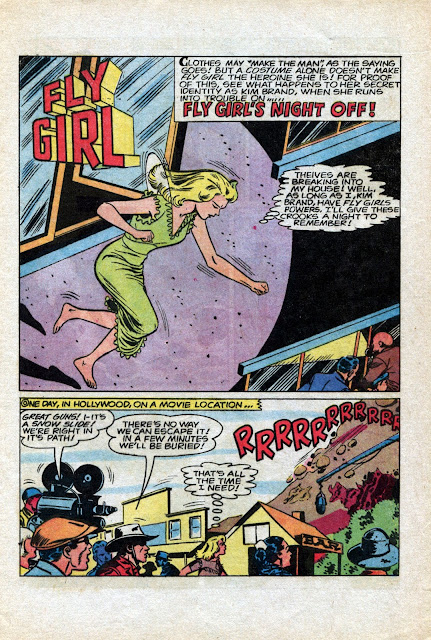 PEP COMICS revisited the superheroes of its early days when it featured a few solo FLY GIRL stories (and JAGUAR, too) in the early sixties. This one has some very stylized artwork credited by GCD to John Giunta. Giunta had a very unique style that I didn't care for at all as a regular in DC's sci-fi comics of the same period but here I like it. Credited with being an influence on Frank Frazetta, I can't help but notice a few panels here reminiscent of later work by Steranko so presumably Giunta influenced his work, also. 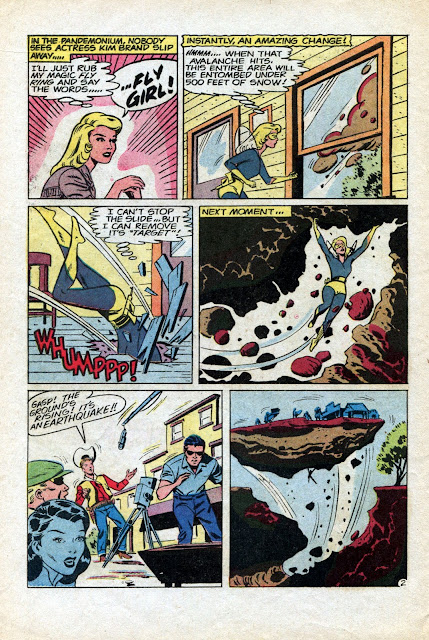 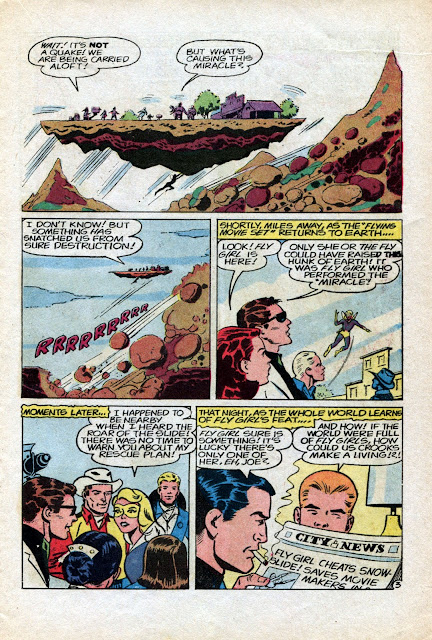 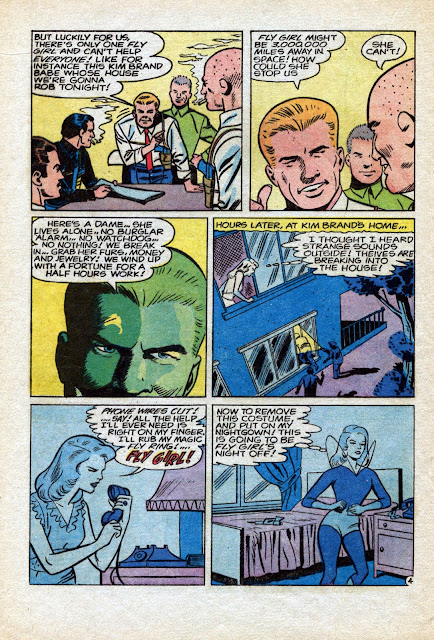 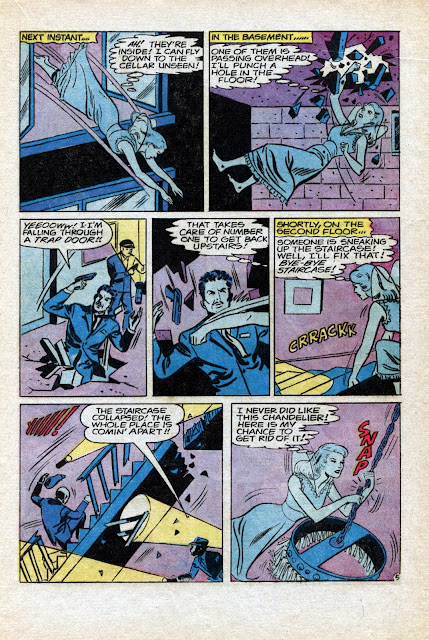 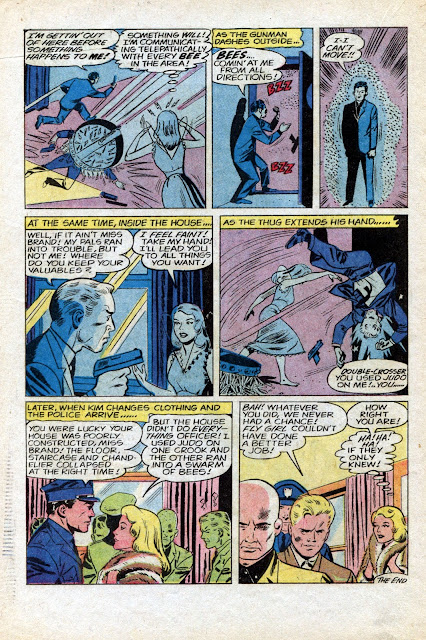