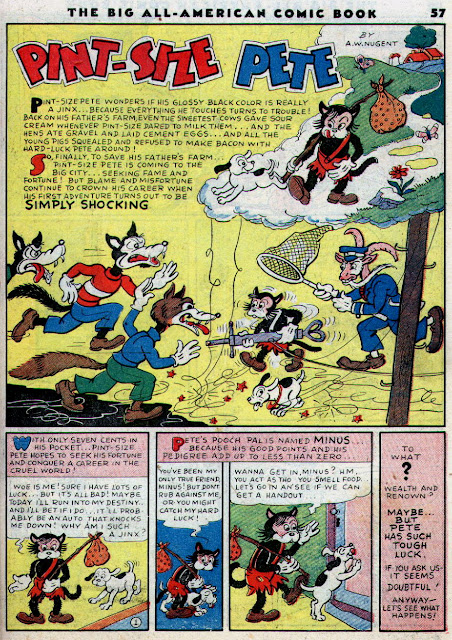 I'm not sure who A.W. Nugent was (is?) but in 1944 he was doing things like this which looks so very much like an underground comic from the late sixties or early seventies. You can't tell me that the Crumb brothers and Jay Lynch and others weren't influenced, at least indirectly, by this Nugent guy! 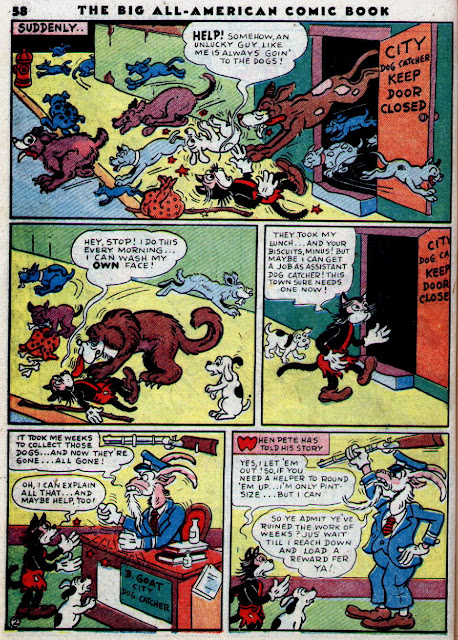 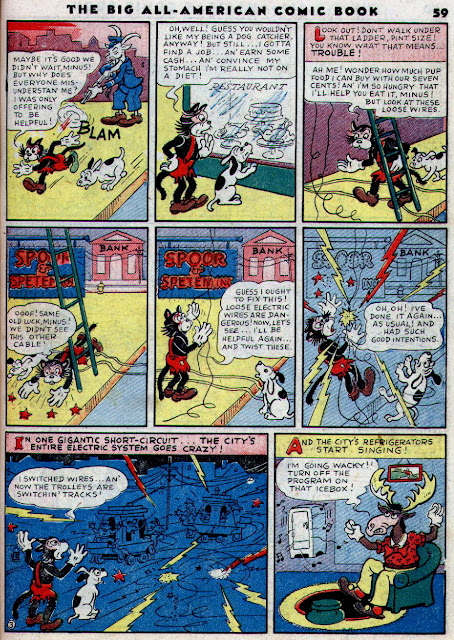 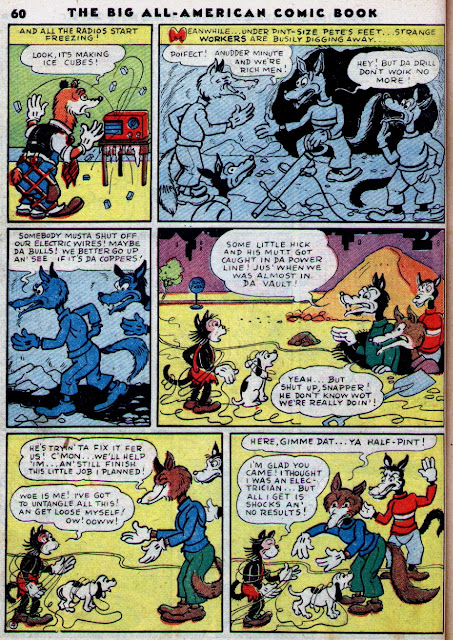 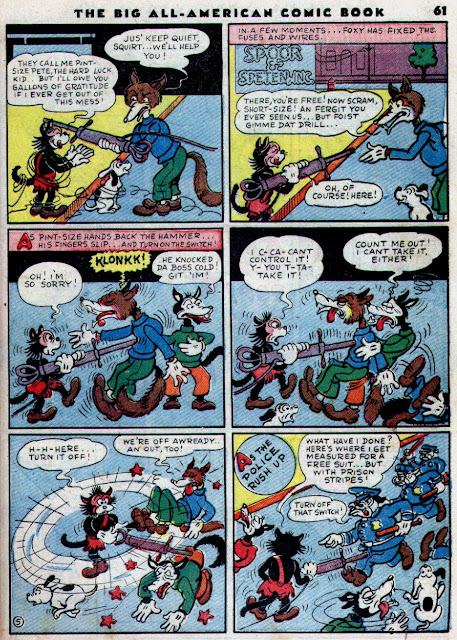 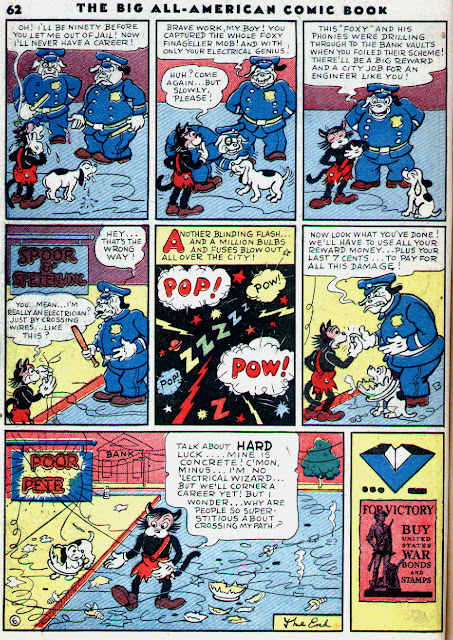 Posted by Booksteve at 4:44 PM

Nugent later did a Sunday newspaper strip that was puzzles and cut out stuff. I liked his early comic book stuff, and When you'd go to the Saturday matine movies in the '40s, they'd give you a cardboard card thing that would have his cut-out toys on it. I think it was his stuff on those cards...I haven't seen 'em since l948. But the main '40s crazy animal comics guy we liked was Vince Fago. Crumb made a special pilgrimage to visit him in '68. And I was in touch with him then too. He did some great insane Funny Animal stuff for the pre-Bill Gaines EC books.

UNCLE ART NUGENT'S FUNLAND ran as a feature in the Anderson (SC) INDEPENDENT-MAIL Sunday funnies into at least 1977 or '78, maybe to the early '80s. They also carried Criswell's column into the '70s!