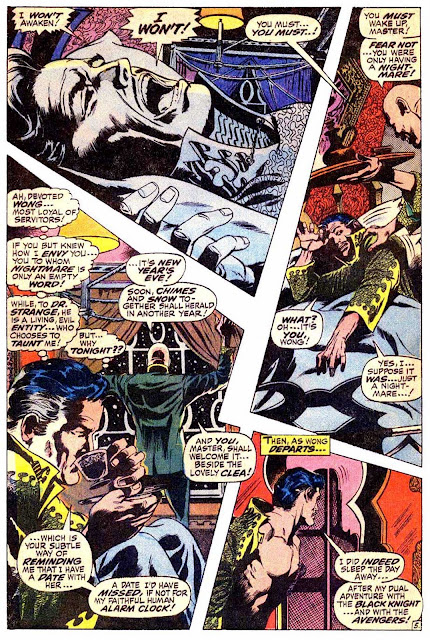 What we have here is a brief excerpt from a 1969 DOCTOR STRANGE story which was, in itself, a small part of a larger, multi-issue storyline that, for our purposes, doesn't matter at the moment. This part, however, with a clever script by Roy Thomas, innovative layouts by Gene Colan, masterful finishes by Tom Palmer and lovely coloring (Palmer?) is a wonderful, romantic, nostalgic and nicely presented New Year's Eve vignette. Presumably meant to correspond with the actual point where 1968 became 1969, this issue--following a fill-in reprint--was delayed until several months into the year but still hit me memorably when I first read it. 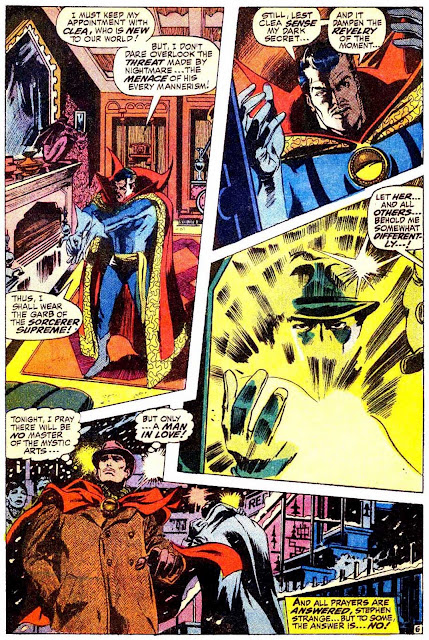 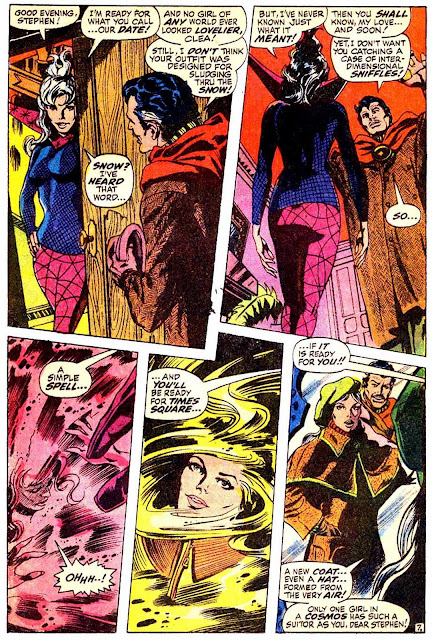 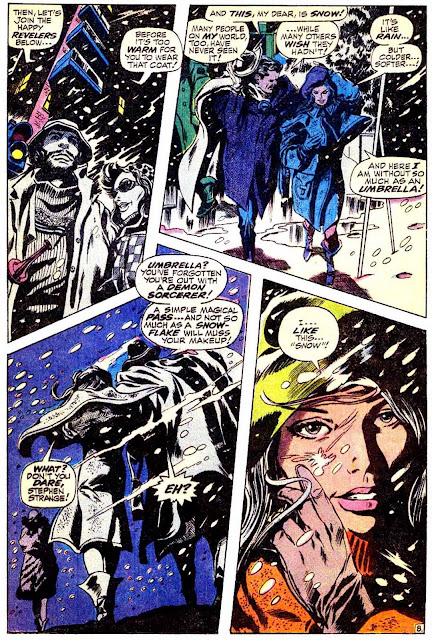 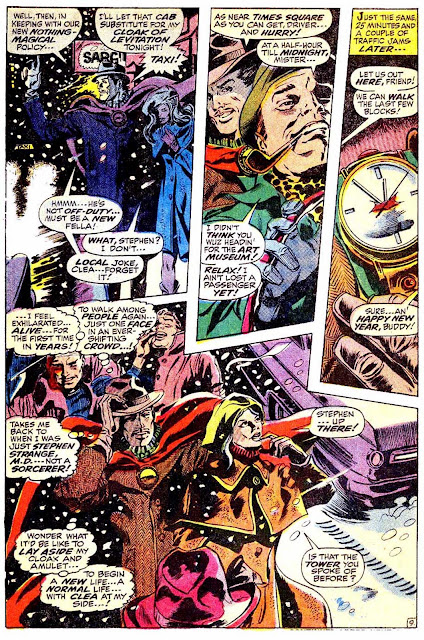 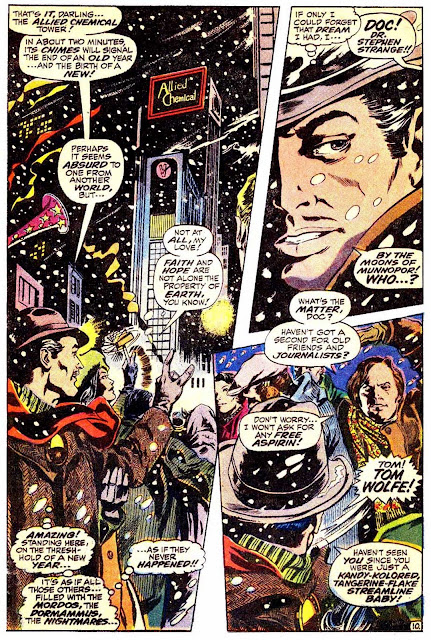 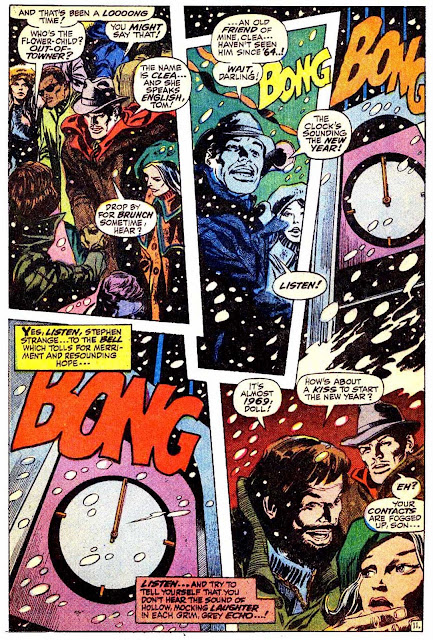 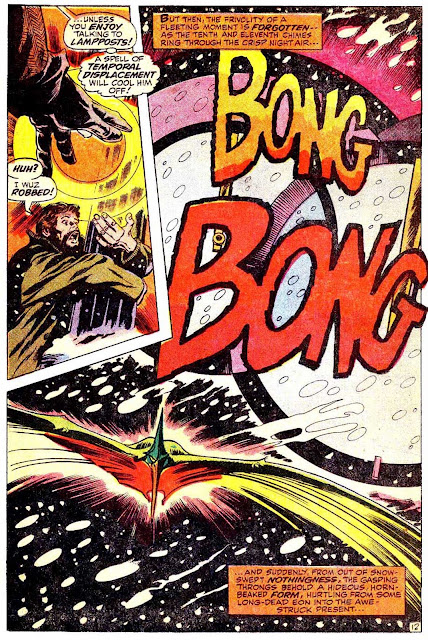