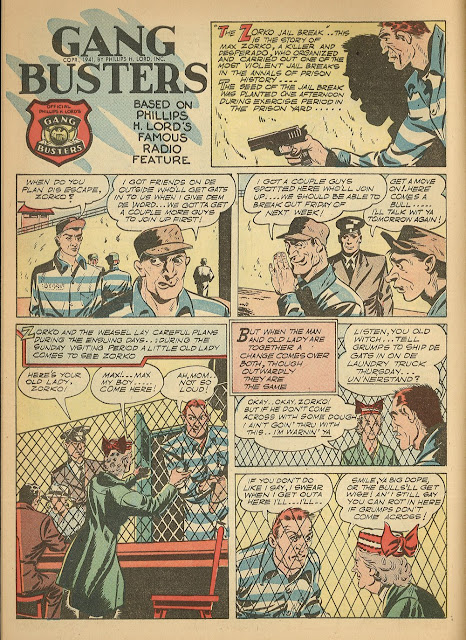 DC Comics would publish a long-running comic book adaptation of radio's popular GANGBUSTERS series later on but here we have an early Dell version. As violent as any episode aired--or indeed as violent as any of the notorious crime comic books that followed, this POPULAR COMICS feature, later recollected in FOUR-COLOR COMICS, was one of the very first Crime Comics. 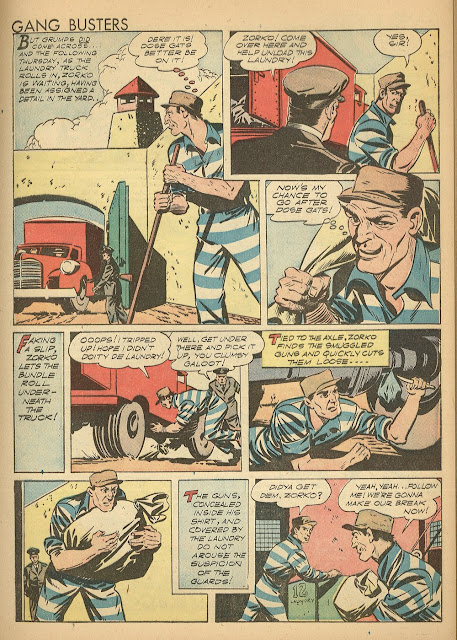 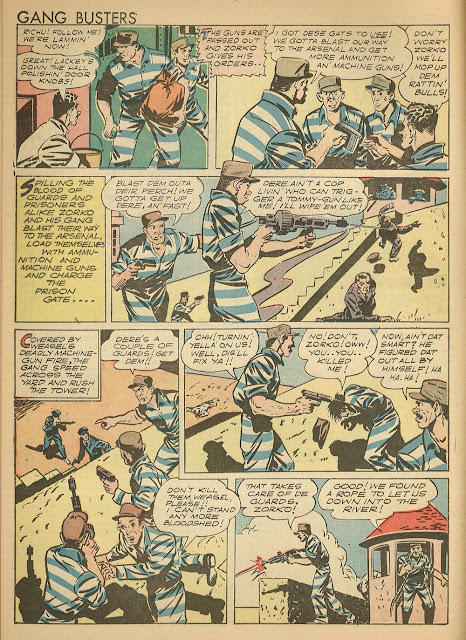 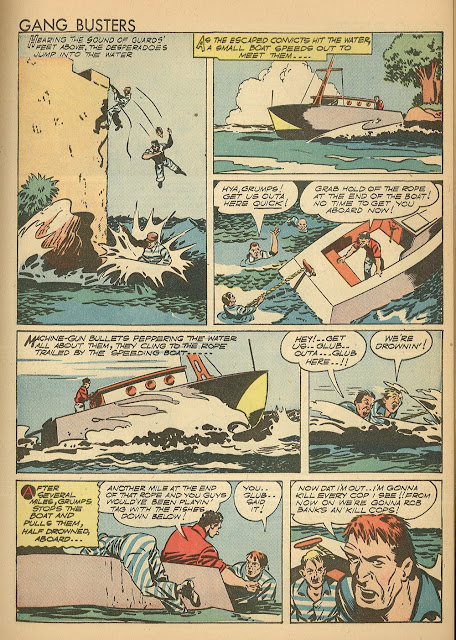 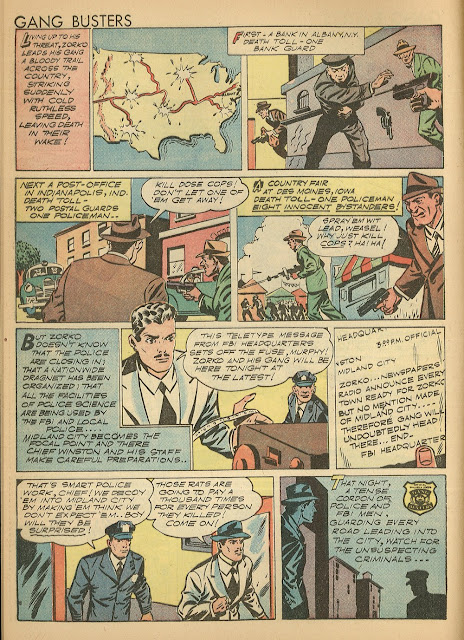 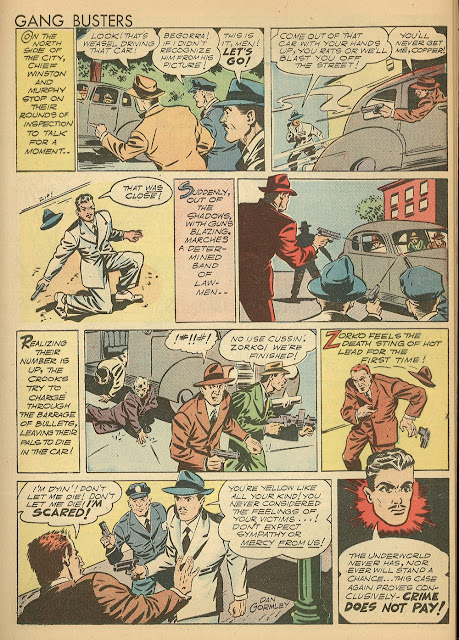