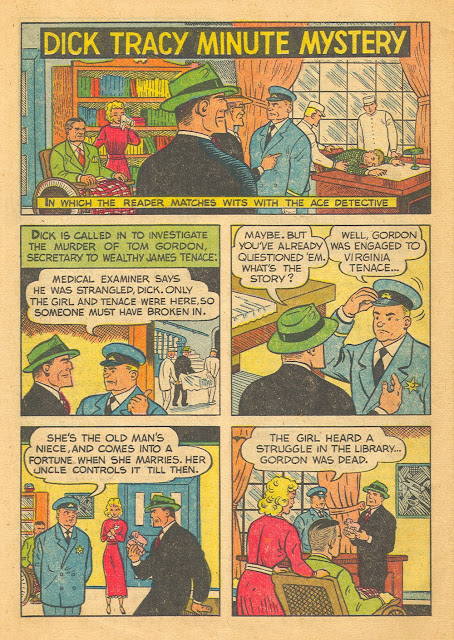 Most of the DICK TRACY comic books over the years have been reprints of he Chester Gould comic strips. Dell, Harvey, DC, Gladstone and Blackthorne each had Tracy reprints and there were others, too. From time to time, though, one of these reprint titles would try something new, not by Gould but instead either an assistant such as Dick Locher or an imitator such as Joe Simon (who did some of the Harvey covers). No idea who did this one. In case you can't dope out the strip's mini-mystery, there's no need to flip your computer. Just double-click the solution box I've already flipped down at the bottom. 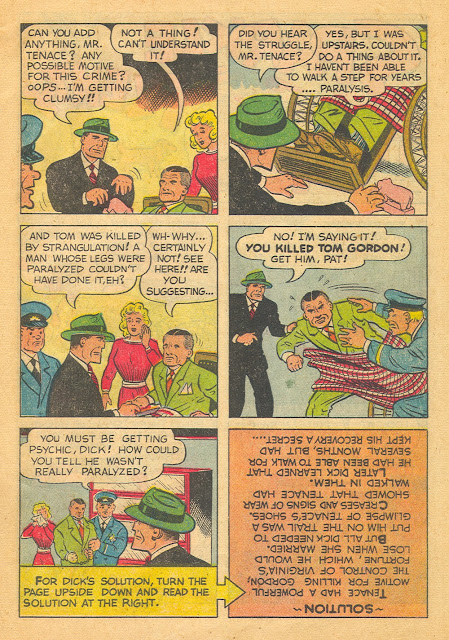 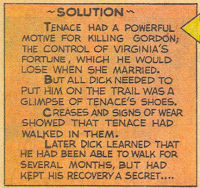