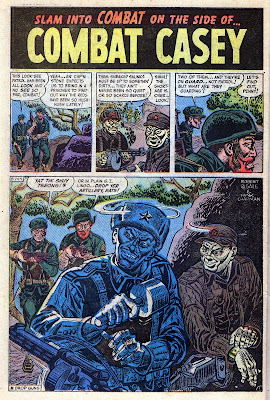 Here's a character I'd never even heard of until this weekend--COMBAT CASEY, from Atlas. Billed as "The Infantry's Red-Bearded Riot!," Casey ran for about six years in the 1950's, starting during the Korean War. Casey was a big, dumb hulk of a soldier with, naturally, a red beard. His sidekick was a skinny, bespectacled intellectual named Penny Pennington. In their stories, they were usually teamed together apart from the rest of their squad making it seem like they were on a personal war against the commies at times. Written by the prolific Hank Chapman, the early COMBAT CASEY stories were violent and improbable with detailed art by one Robert Q Sale in what appeared to be an imitation of Joe Maneely's trademark early style. Maneely, himself, did some of the early covers. After the Comics Code came in and Sale's quirky art went away, the stories became more traditional and the characters less unique and sadly less interesting. As far as I know, in spite of his apparent popularity in the fifties, COMBAT CASEY has yet to be revived in the Marvel Age. 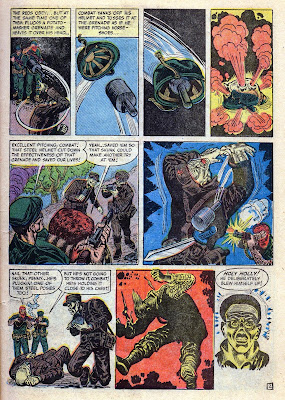 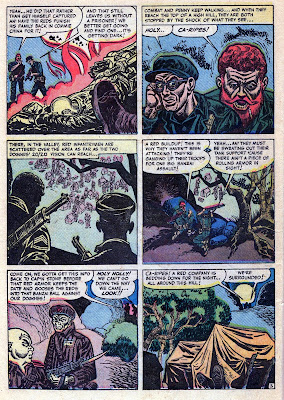 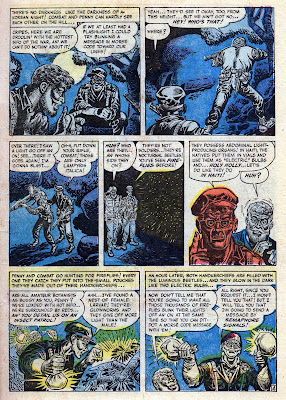 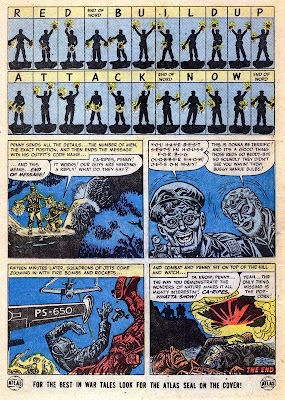 Posted by Booksteve at 8:35 AM

A bit over written, but excellent art! A keeper.