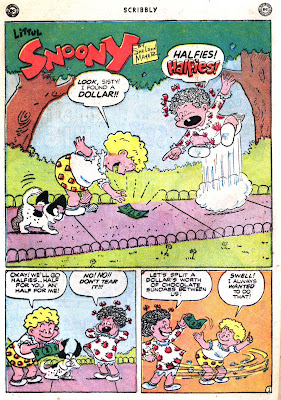 Sheldon Mayer is often credited with being the one who suggested that National Comics purchase Superman from Siegel and Shuster. He went on to a long career as editor at MC Gaines' All-American, the sister company to DC. Even before that, he created the semi-autobiographical comic book character, SCRIBBLY, in whose early forties stories appeared the original Red Tornado. The strip seen here is a SCRIBBLY backup from 1950. Mayer would go on to create DC's beloved, long-running SUGAR & SPIKE as well as, of all things, the mysterious super- heroine, The Black Orchid. 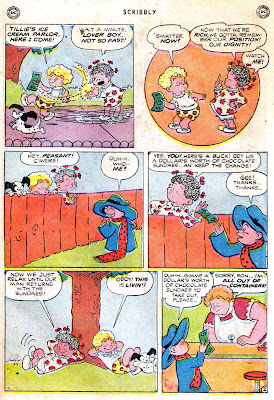 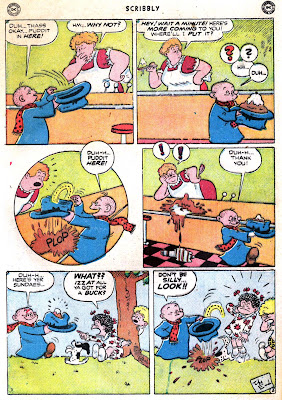