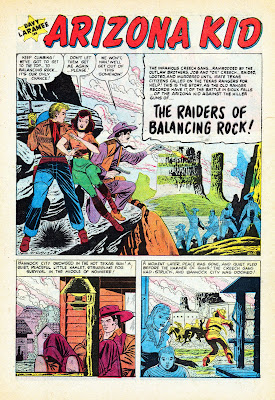 No relation to the 1939 Roy Rogers movie of the same name, THE ARIZONA KID was an Atlas western that featured okay stories but some really good art by Pete Morisi and, as you can see here, very good coloring for the day, also. Morisi was an artist with a unique, remarkably clean style that had a foot in the Caniff /Sickles school and at times reminded one of Alex Toth. When the comics market dried up in the 1950's, he became a police officer. Picking up some extra work in the sixties, he returned to drawing and famously signed Charlton's THUNDERBOLT with his initials, PAM, so his superiors wouldn't know it was him. If they had ben comics fans, they could not have avoided recognizing that style, though! 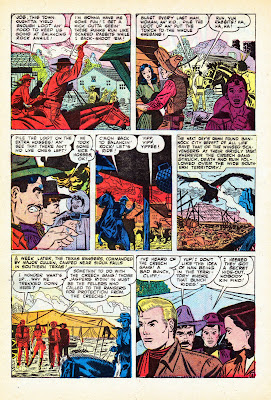 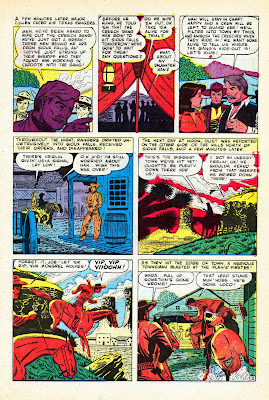 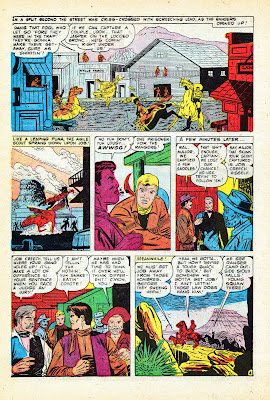 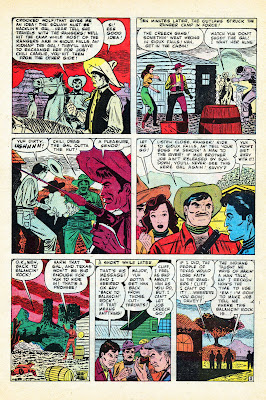 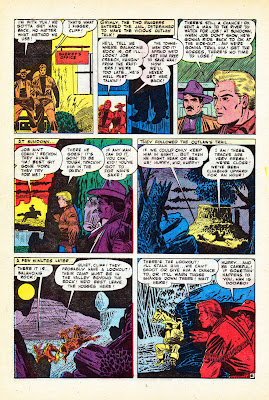 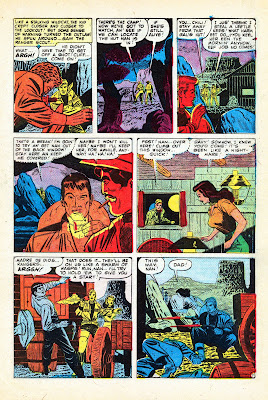 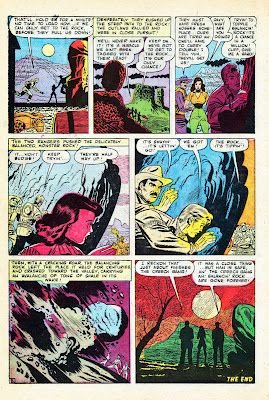 Posted by Booksteve at 6:46 PM