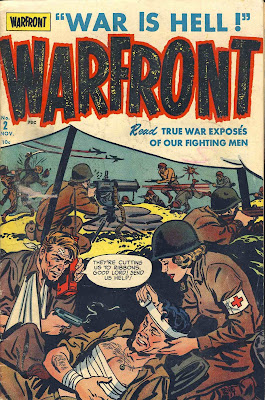 Soldiers were some of the biggest fans of comic books in World War II, Korea and Vietnam. Thus, comics of those eras reflected a lot of the propaganda of the day. One genre of comics that has never been fully appreciated, though, are the war comics themselves. Most fans know of the above average writing and art in DC's war comics of the fifties and sixties and many fondly recall the old-time movie style war comics from sixties Marvel. Here, though, we take a brief leave from our regular format in order to present a selection of just plain war comics covers from the forties and fifties. Art on these is by various artists including Dick Dillin, Russ Heath, Don Heck and, i believe, even Jack Kirby on one. 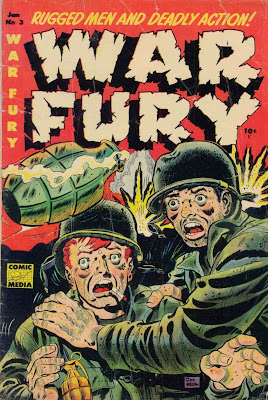 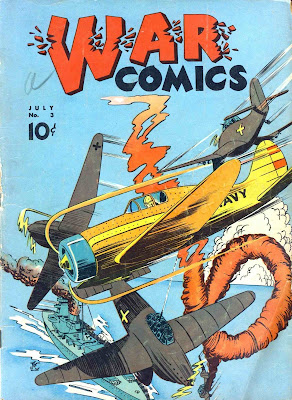 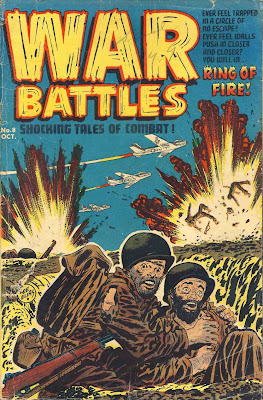 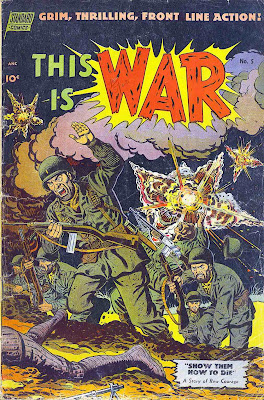 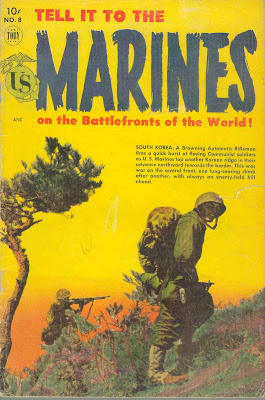 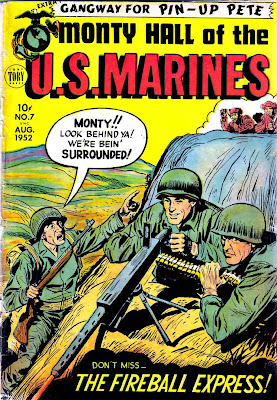 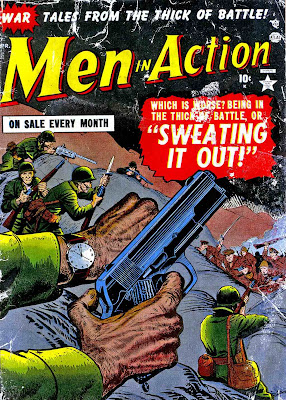 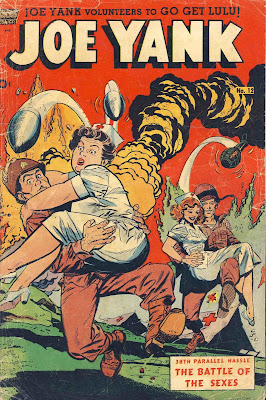 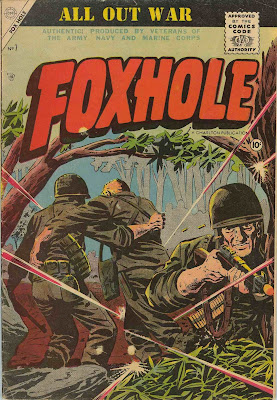 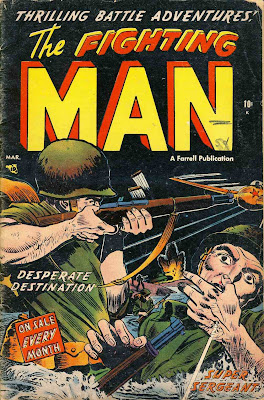 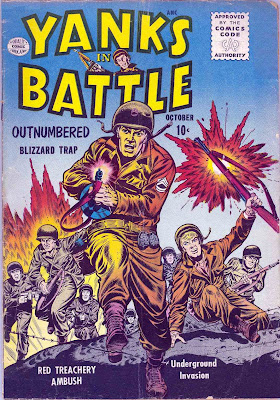 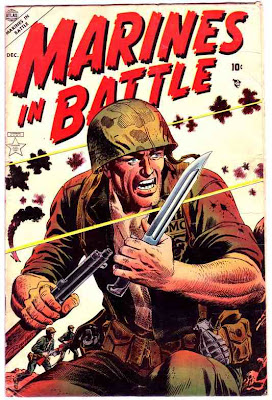