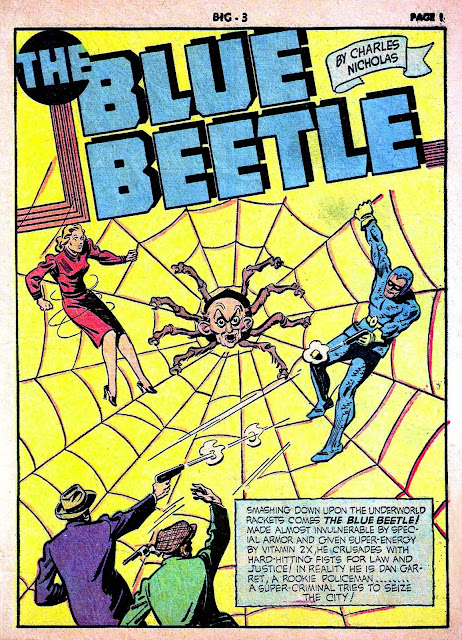 The pre-Ditko Charlton version of Blue Beetle was one of my first comic book heroes so I've always had a soft spot for him, even though most publishers and creators seemed to have no real idea how to handle him. Here's a good early adventure, though, possibly written by later DC stalwart, Bob Kanigher according to Bill Black. While there really was a Charles Nicholas who drew comics, the Beetle's Charles Nicholas was--most of the time at least--a pen name. Even Jack Kirby used it during his brief tenure on the BB newspaper strip! GCD shows this particular Nicholas to be Al Carreno. Carreno was a Mexican-born journeyman cartoonist who did both newspaper strips and comic books for years and even became the membership chairman of the National Cartoonist Society. 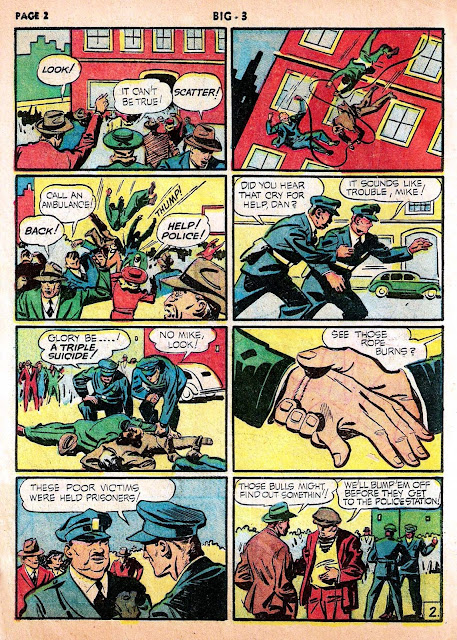 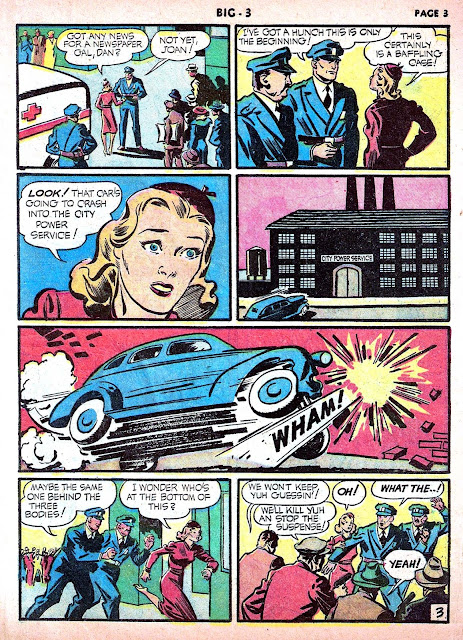 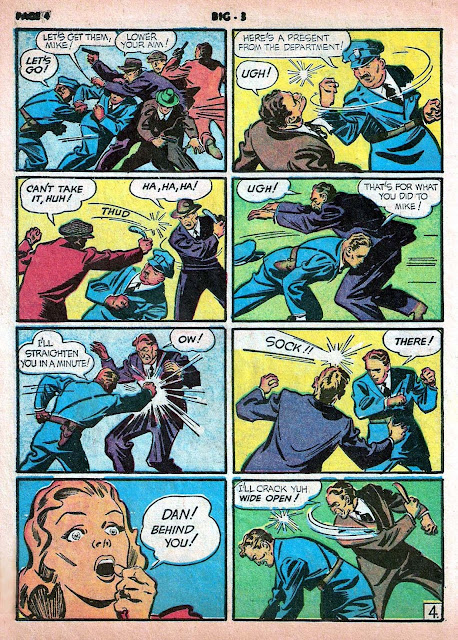 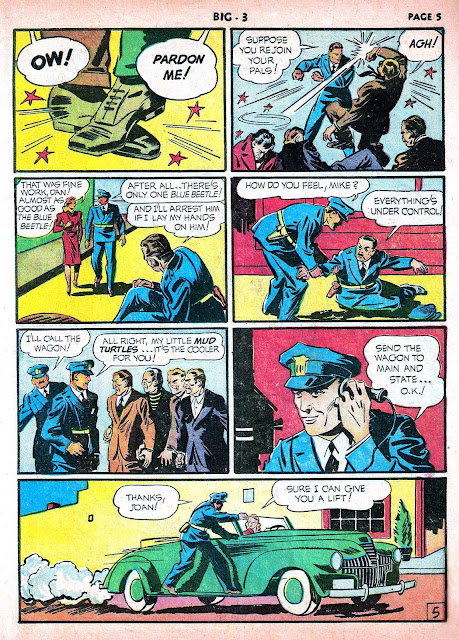 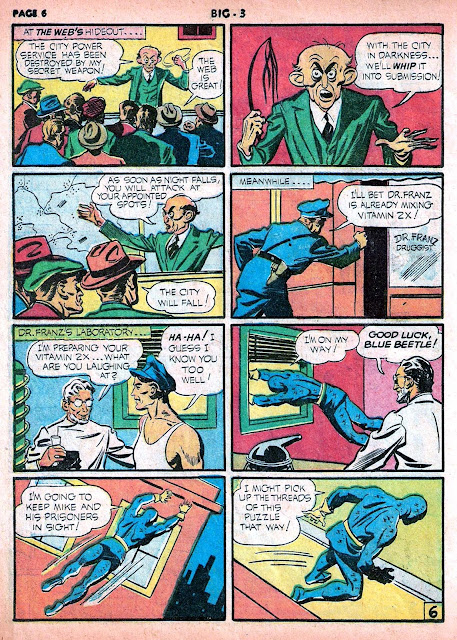 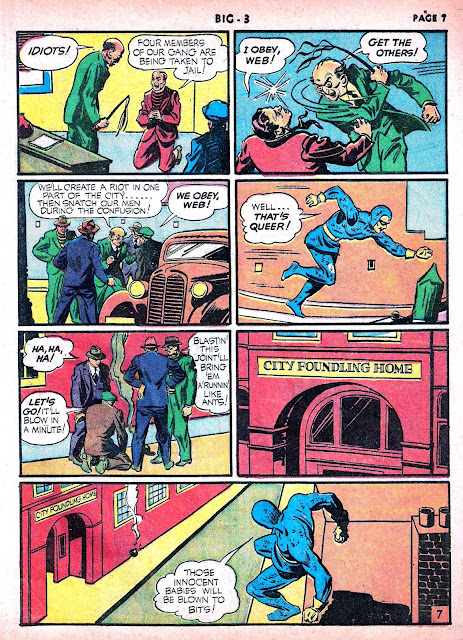 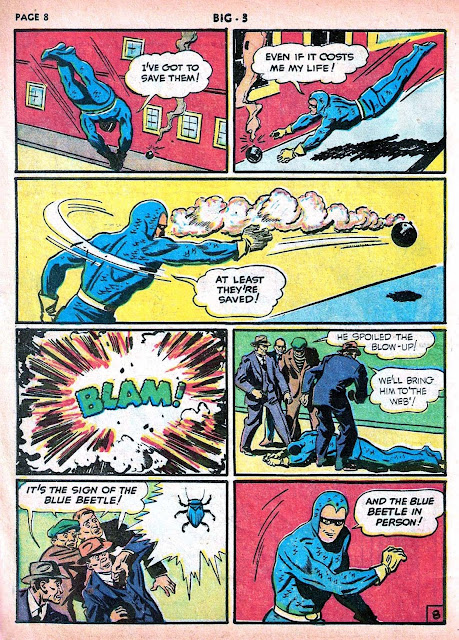 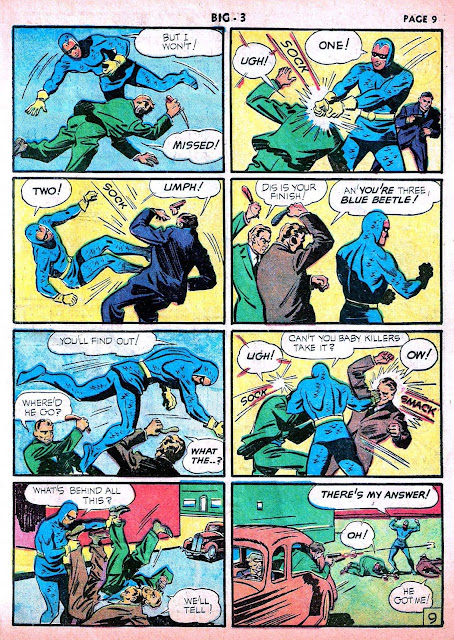 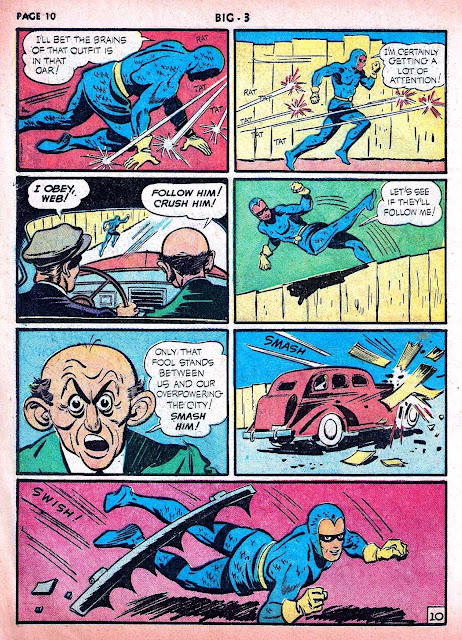 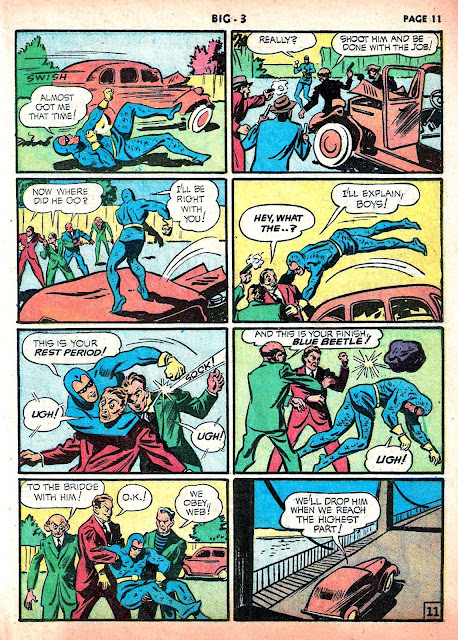 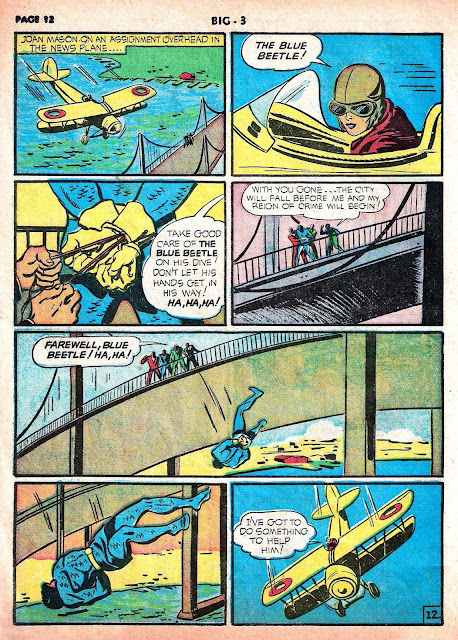 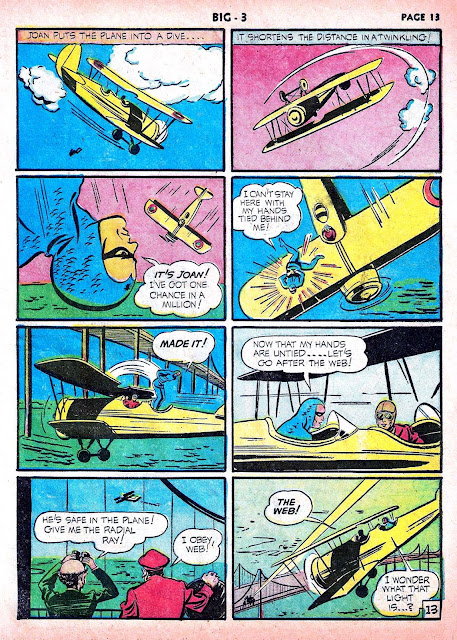 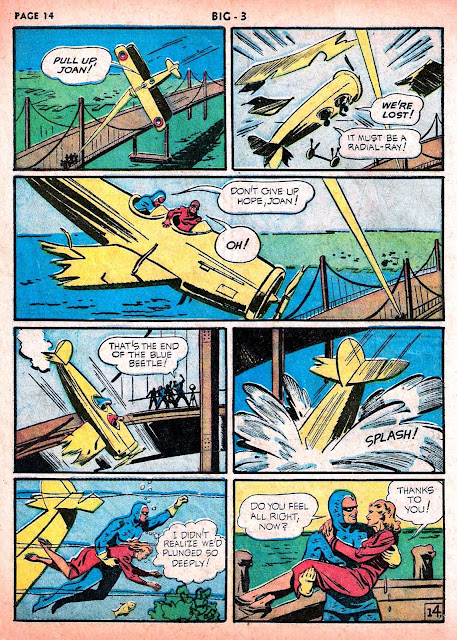 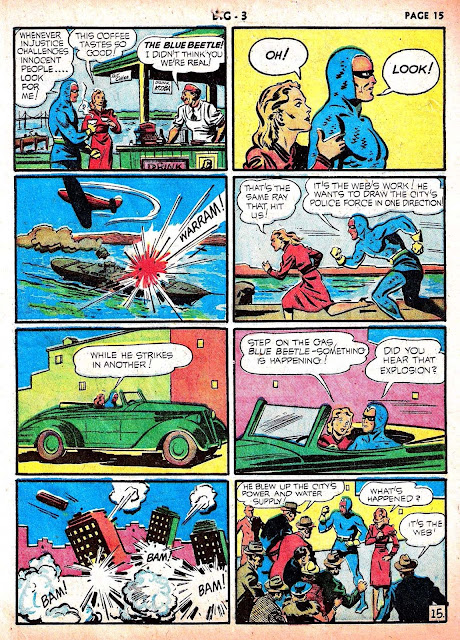 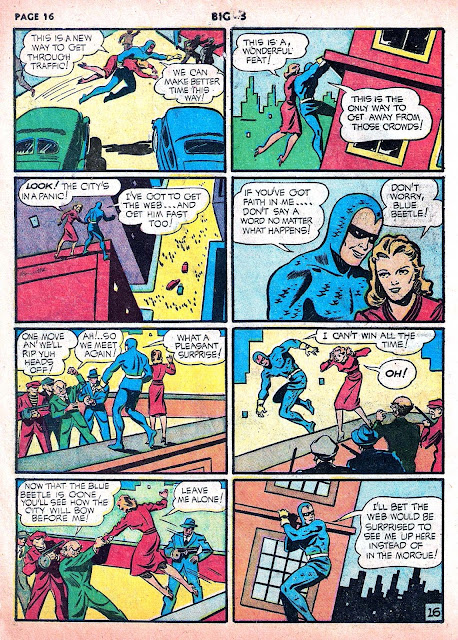 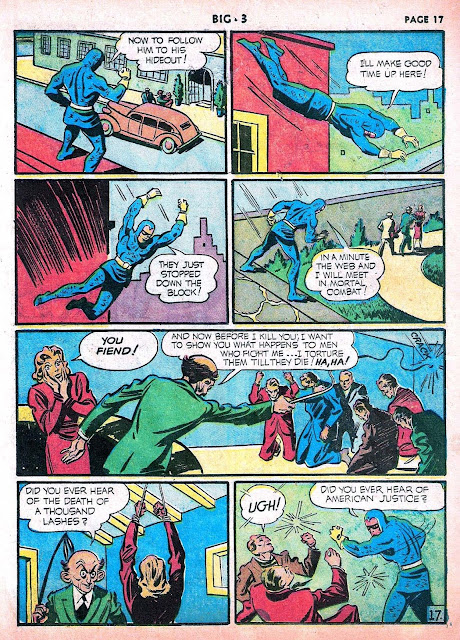 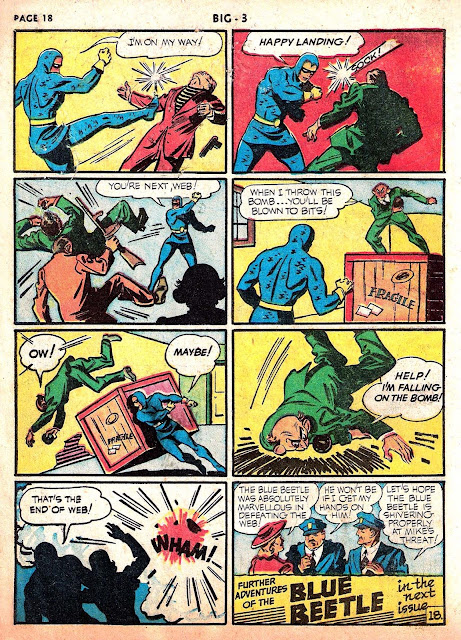 Yes, we're back! It's been a little more than 6 months and due to a number of recent compliments and requests, we're going to give this particular blog another go...for now at least. So tell your friends. 4CS is BACK!