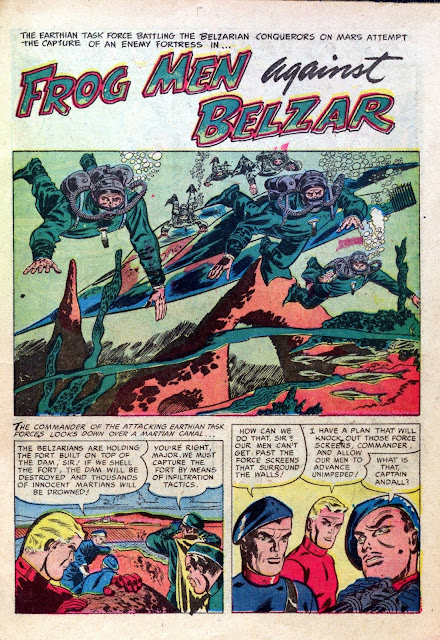 One of comics' great stylists, Bernie Krigstein here seems a little more mainstream than usual. Do I even detect a bit of a Caniff influence? To me, the story reads very much like one of Dan Barry's 1950s or '60s Flash Gordon continuities, with the characters even resembling Flash and some of his cronies. Something you'd never guess from the story's title. 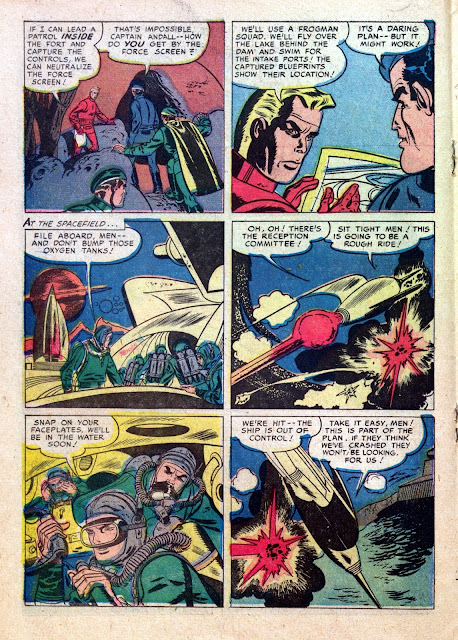 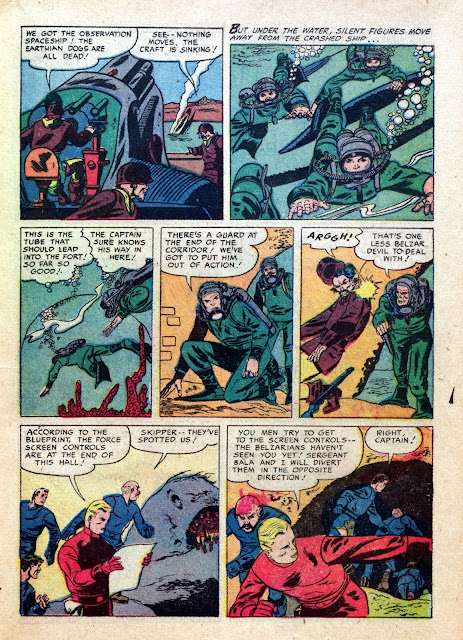 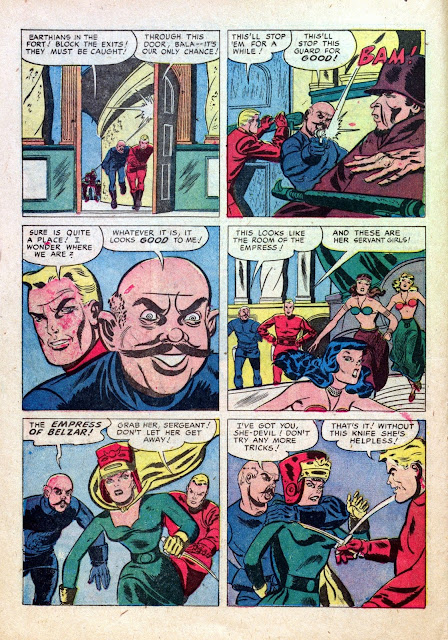 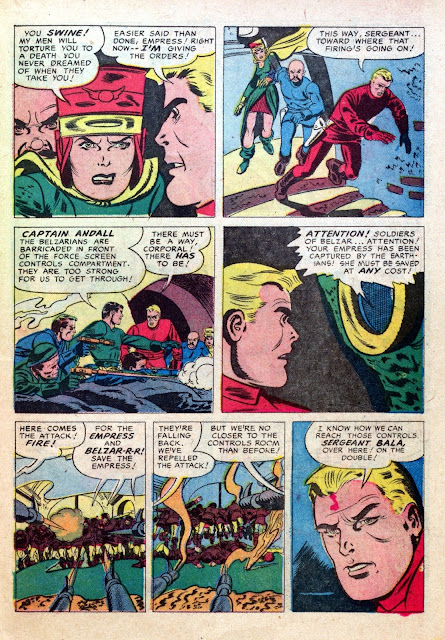 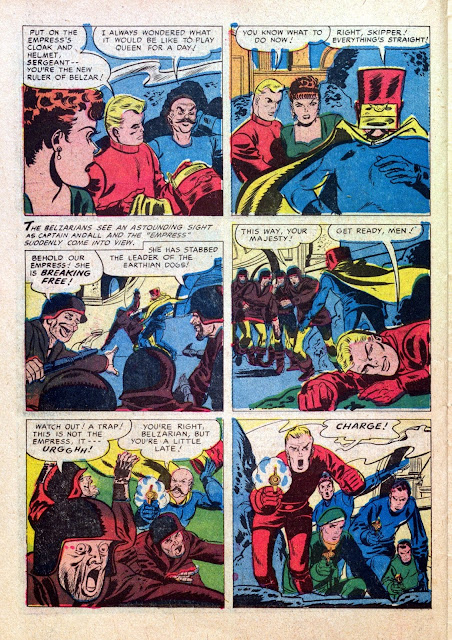 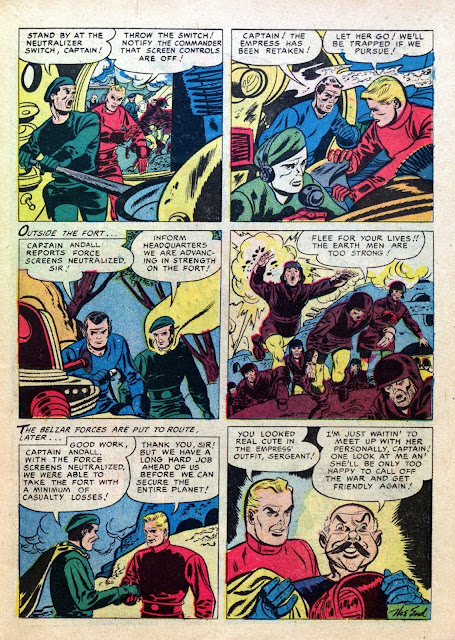 Posted by Booksteve at 7:58 PM

It's actually a story prepared for Ziff-Davis' Space Busters #2 before editor Jerry Siegel brought Murphy Anderson on-board for a total artistic revamp to make it look more like Buck Rogers.
Belzar was the planet which invaded Mars in Space Busters #1 as the "Earthians" sent the Marines (nicknamed "Space Busters") to defend their colonies on the Red Planet!
It's also the most-reprinted Space Busters tale, appearing three times and was cover-featured both times it was reprinted! (Approved Comics #6, Great Exploits #1, and Strange Planets #18)!

I agree with both of your observations. This is very comparable to other perfectly competent (but less innovative) artists, and there's a definite hint of Milt Caniff here, too.