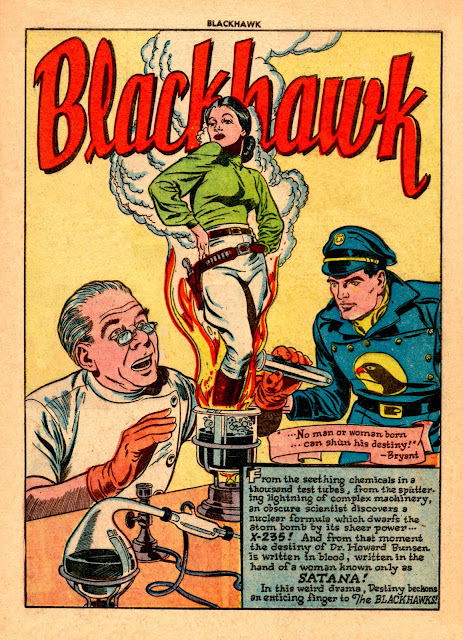 I became a Blackhawk fan back in the '60s when my barber had a bunch of coverless Blackhawk comics. By the 1980s, when Mark Evanier and Dan Spiegle were doing their great Blackhawk revival, I was able to start collecting Golden Age issues when they were still fairly affordable in lesser condition. This was one of the very first ones I bought. 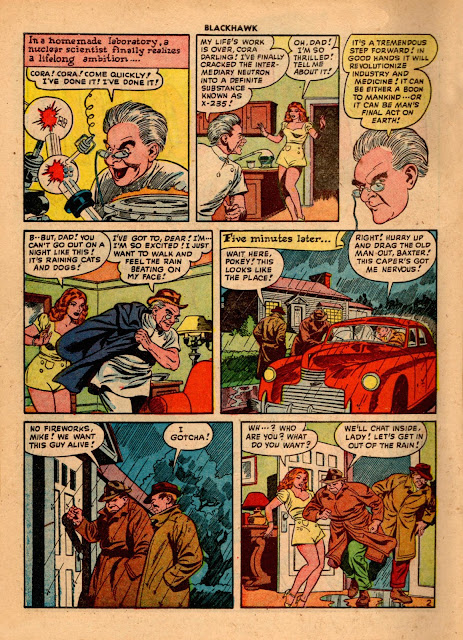 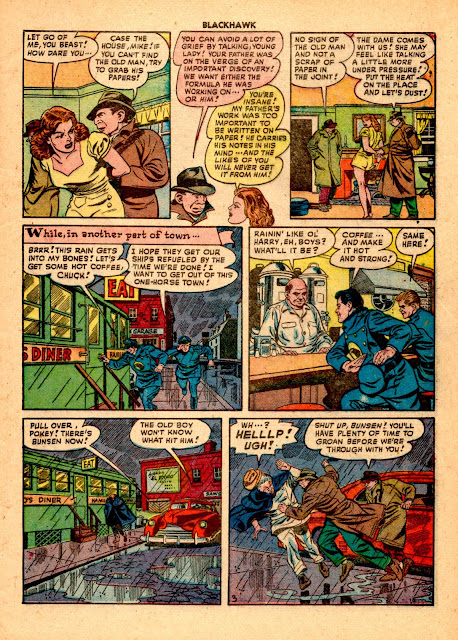 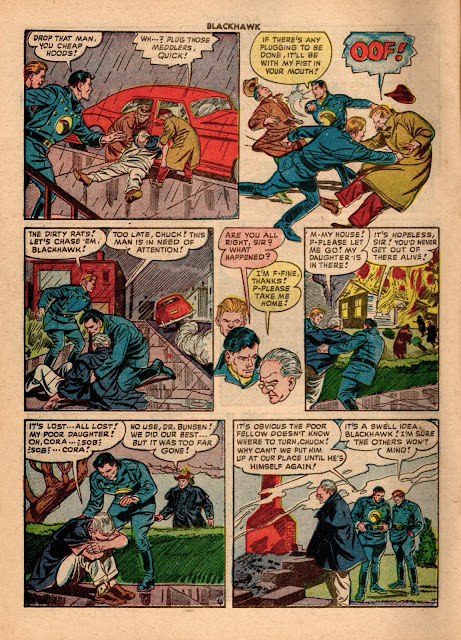 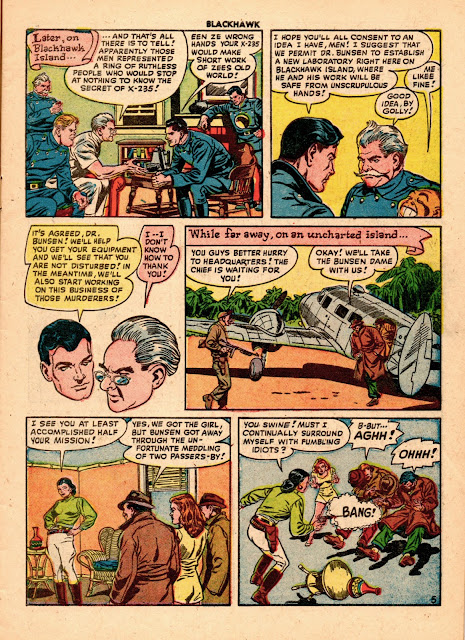 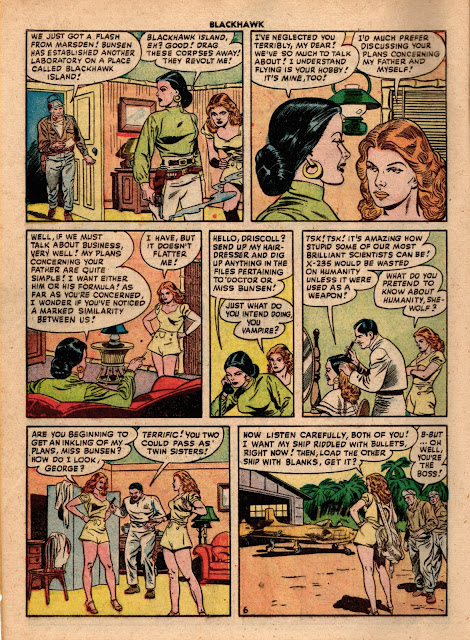 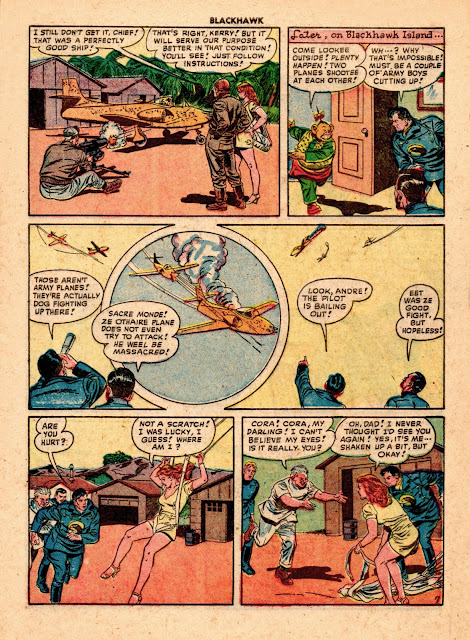 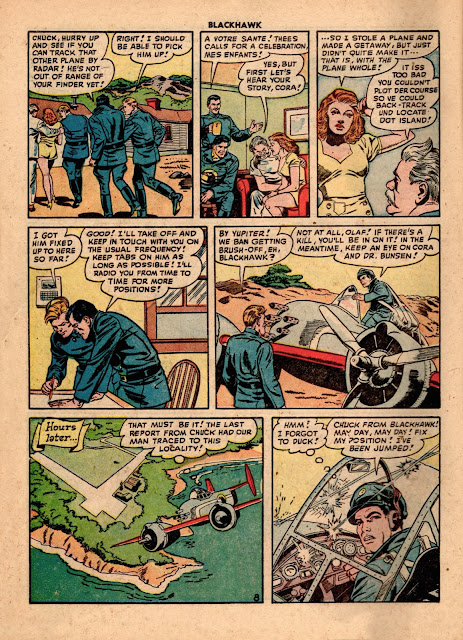 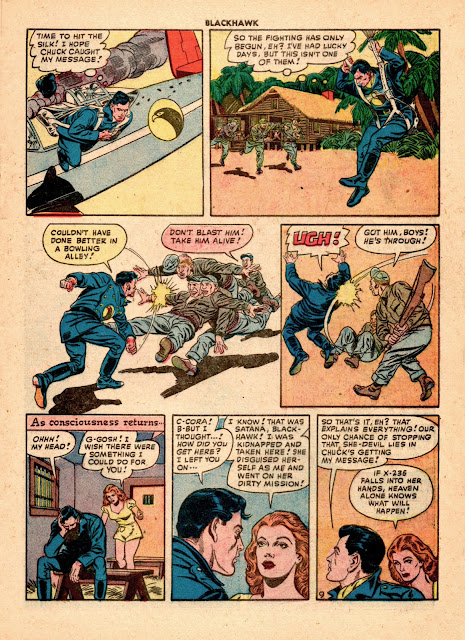 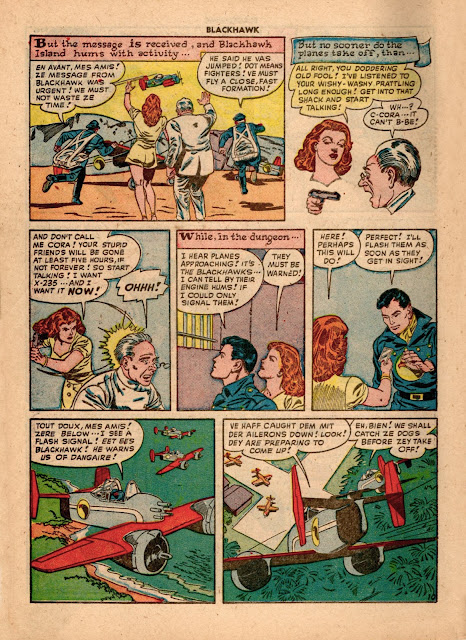 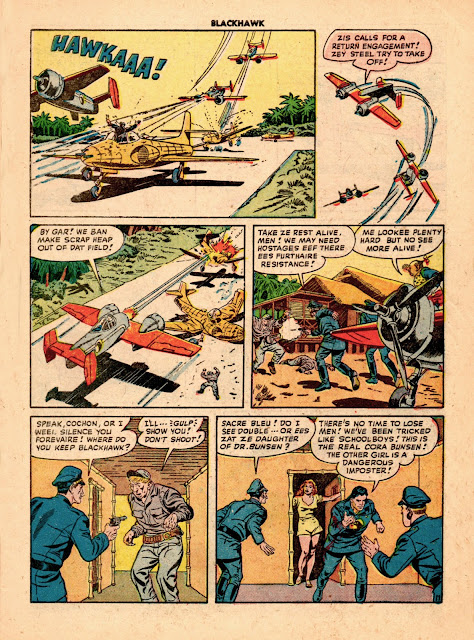 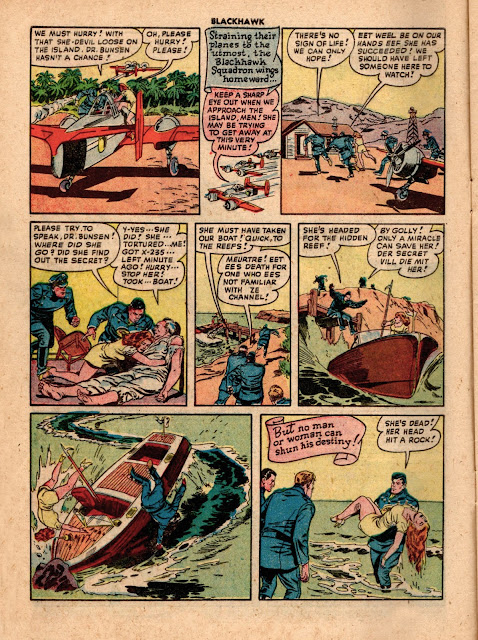