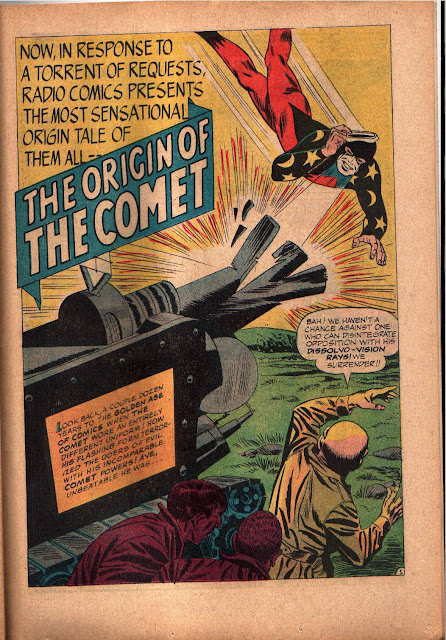 The Golden Age version of the Comet was a violent hero drawn by Jack Cole who actually died and left his brother to avenge him as The Hangman! The Silver Age version first appeared as a mustachioed suitor for Fly Girl who wore a goofy helmet and later became a founding member of the Mighty Crusaders. Here's Jerry Siegel in what was probably an impossible attempt at merging the two backstories. 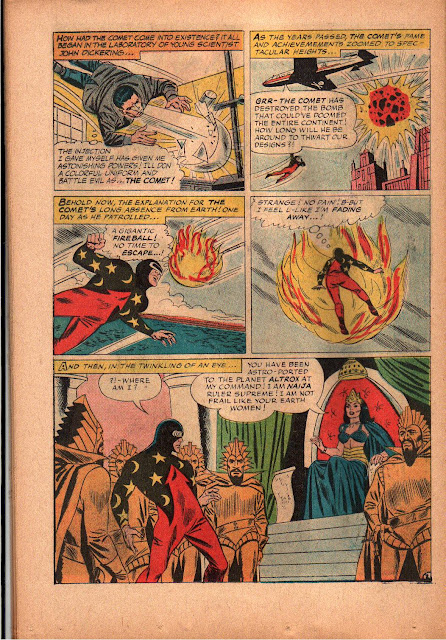 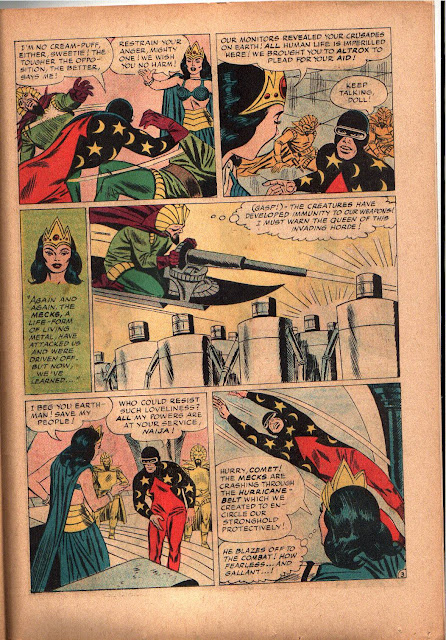 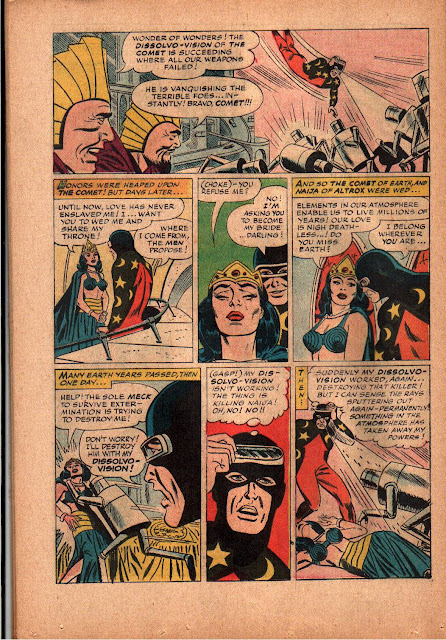 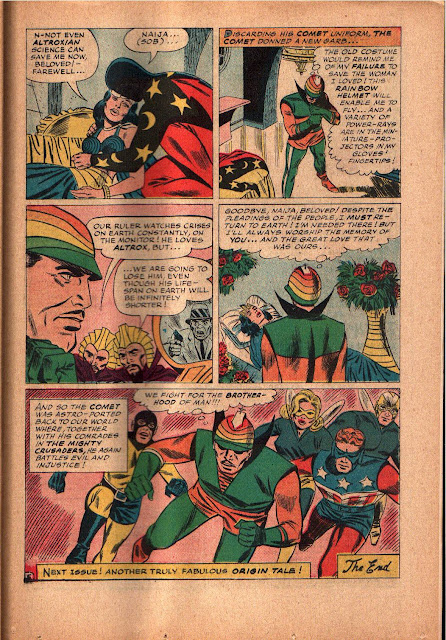