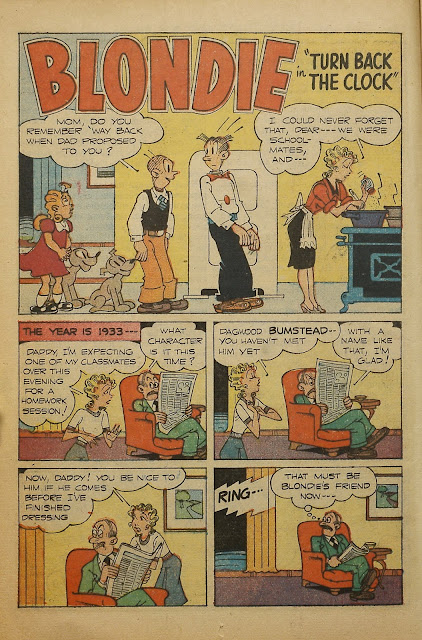 One of the most successful comic strips of all, BLONDIE began in 1930 in newspapers and moved to comic books soon after they came along, lasting at several different companies for decades. In the original strip, Dagwood and his family were quite rich and Blondie Boopadoop was considered a gold-digging flapper at first! Even though it turned out she really loved Dagwood, his family cut them off and his riches were never mentioned again. So here, 20 years later, we see what must be considered the "Earth One" version of the family's origin, entirely different from the classic version. 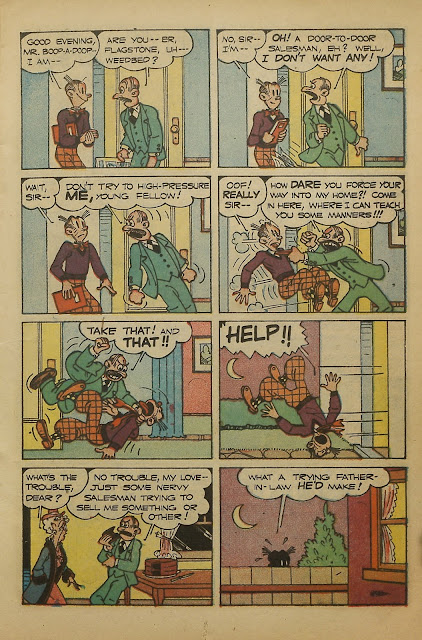 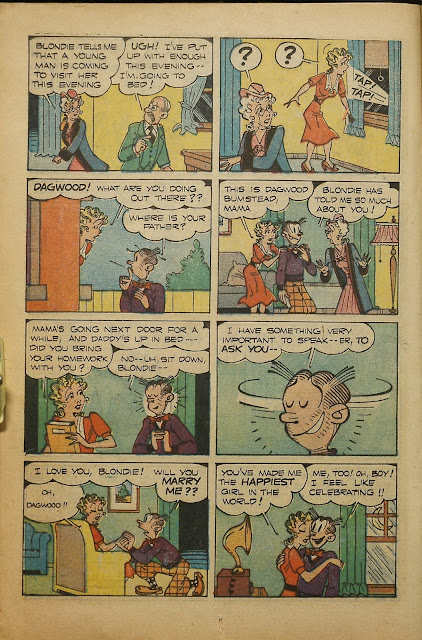 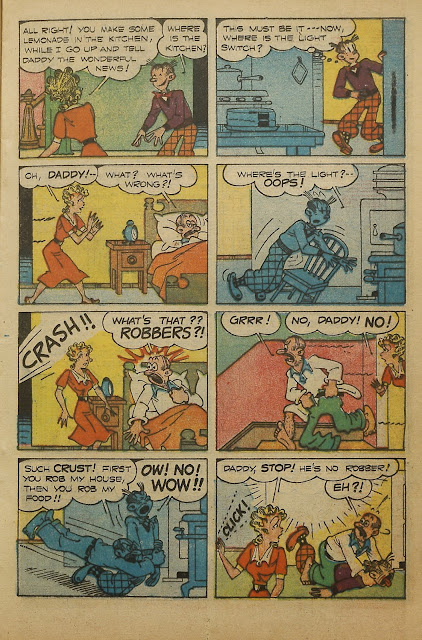 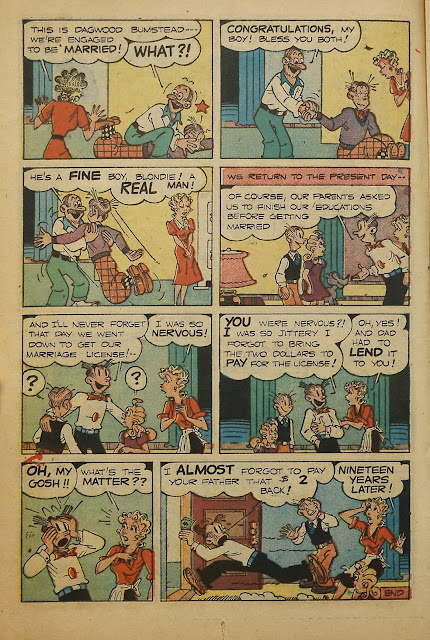 This story is all wrong-but of course those at Harvey Comics did no research on the real beginnings of the Bumsteads. I've got the first two volumes put out of Blondie strips-and togethr they comprise all the dalies from 1930 to mid-1935. On the occasion of their 50th wedding anniversary(1983) I had an article giving the history of Blondie in our local newspaper. Thanks for this pseudo-origin story,though.