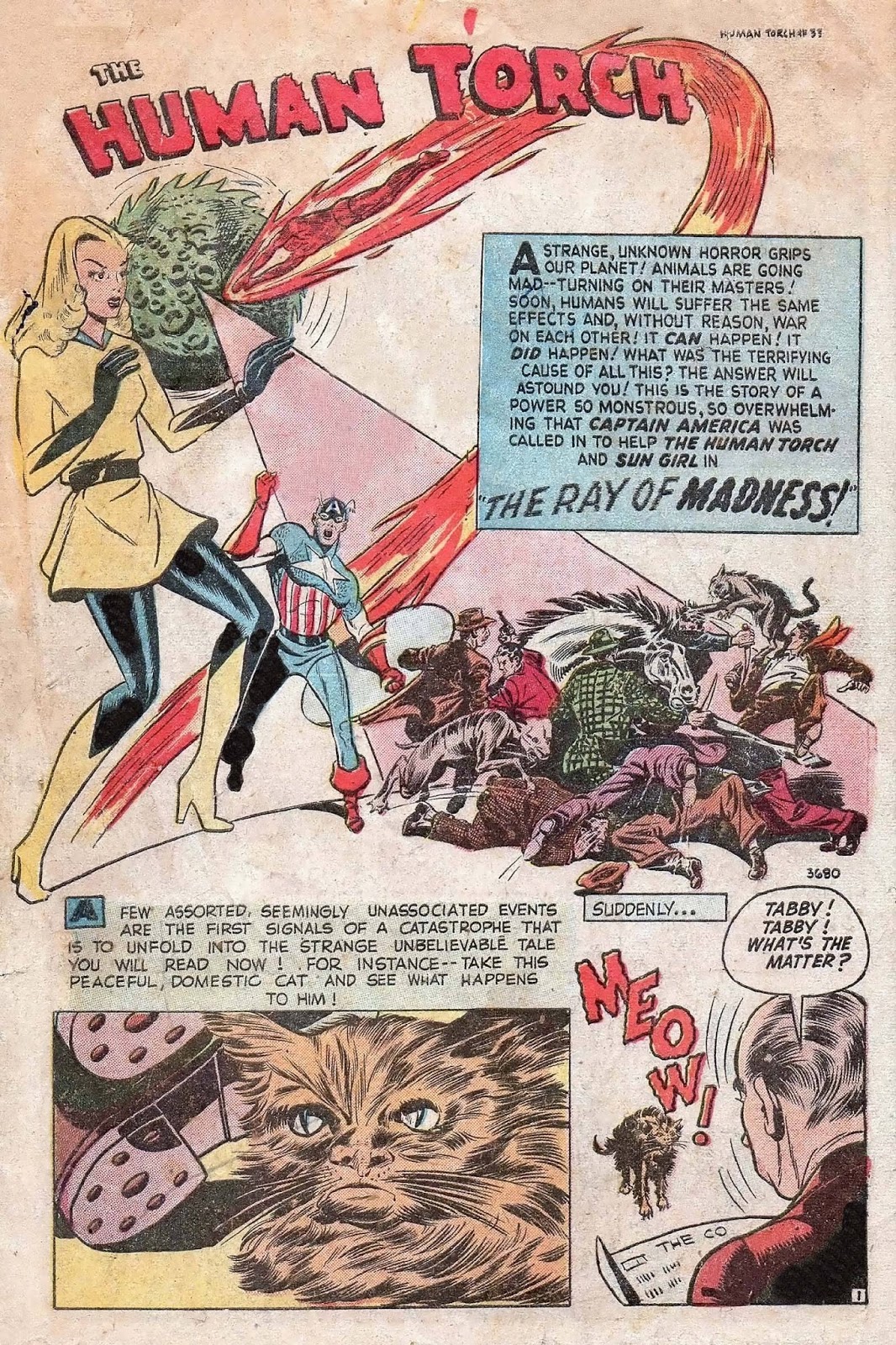 It was rare to have a superhero team-up in the Golden Age. Even Batman and Superman hadn't started hanging out together yet. But here we have the Torch and his then-partner teaming up with Captain America! Not quite the Invaders but...And Bucky? Well, in retro-continuity this was well past the point where the real Cap was frozen in ice so this was one of the later Caps anyway, probably the former Patriot. So Bucky was apparently somewhere in Soviet Russia. If you haven't been keeping up, it gets confusing. Just enjoy this rare teaming of two of Timely's best...plus Sun Girl. 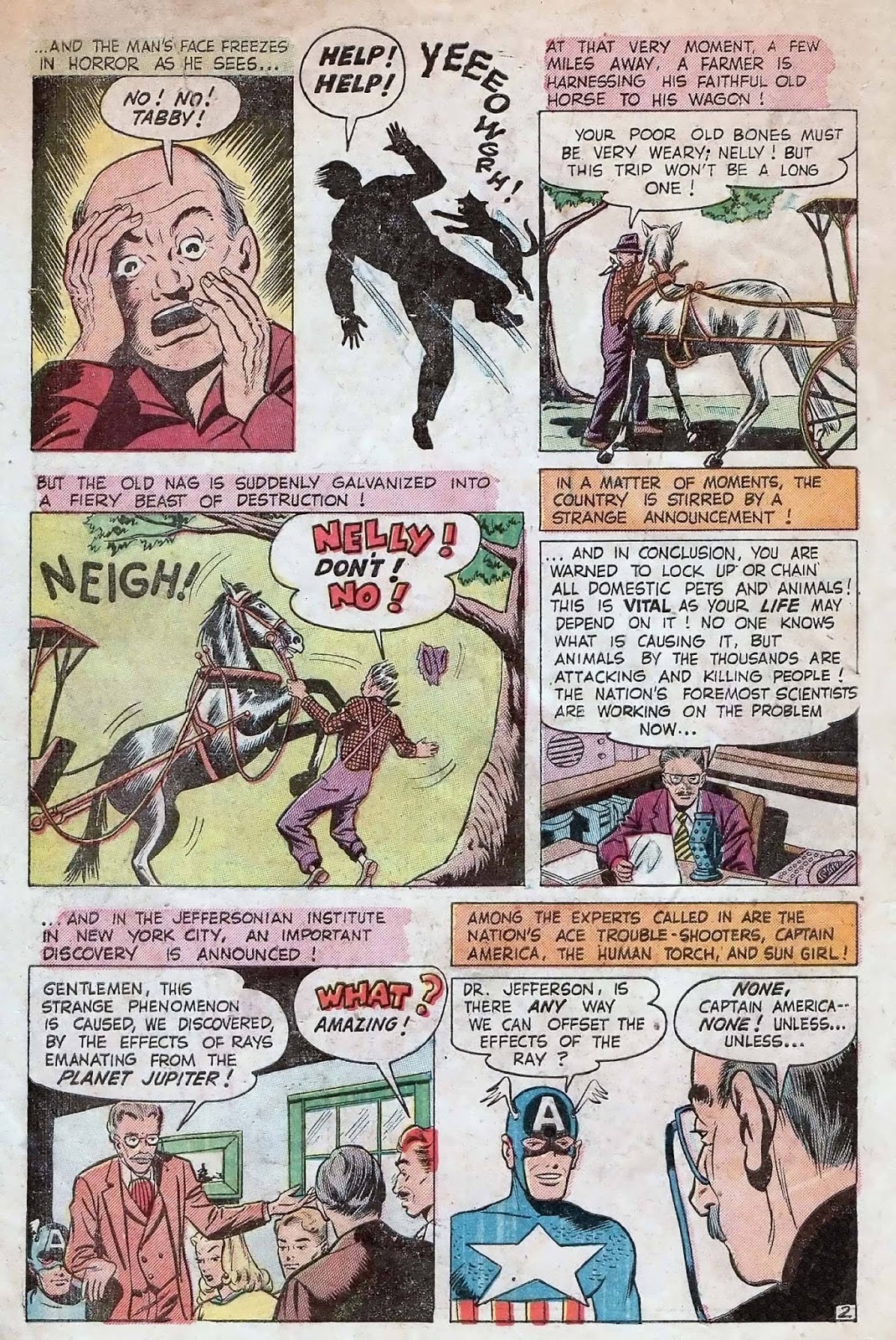 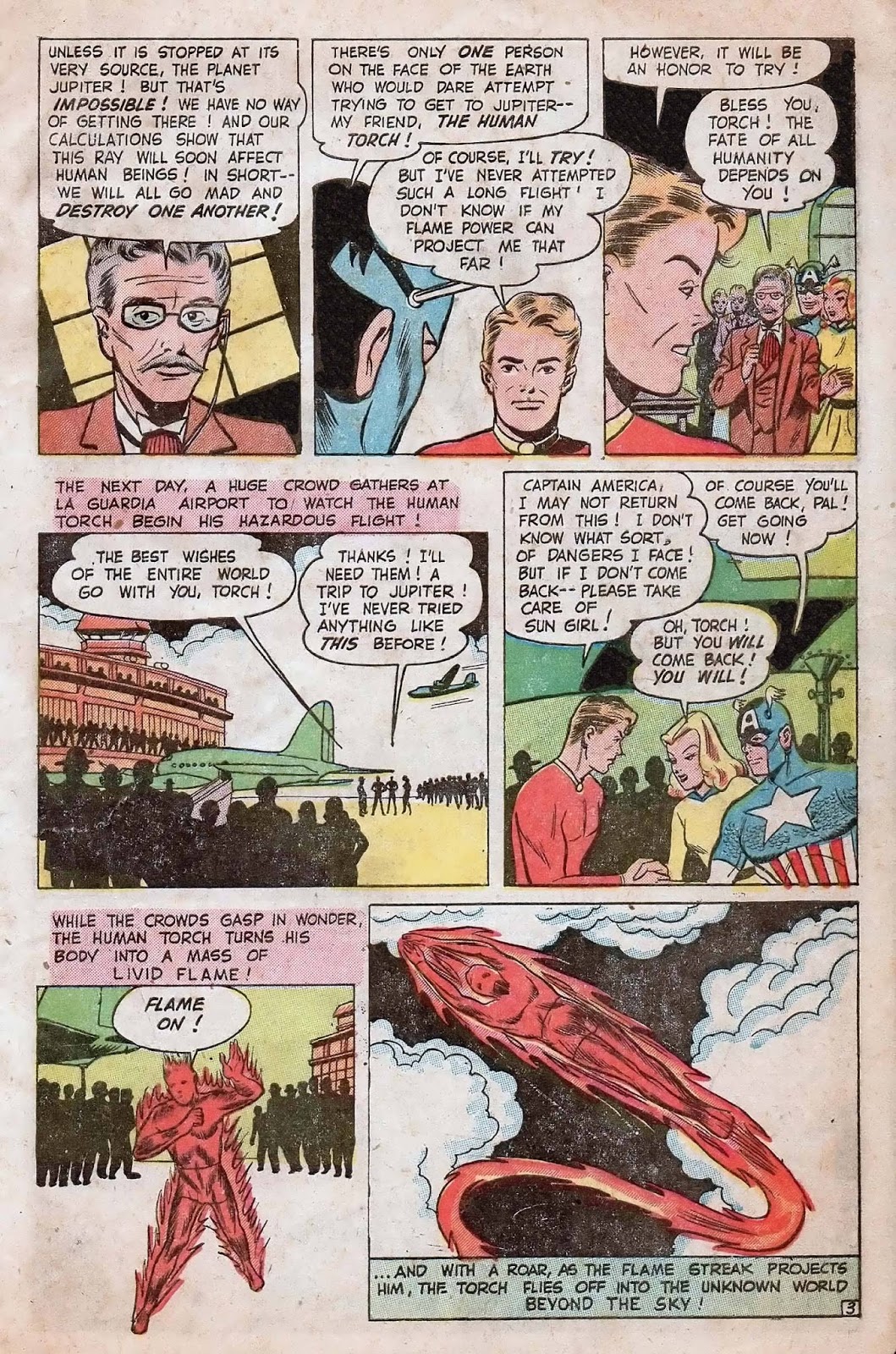 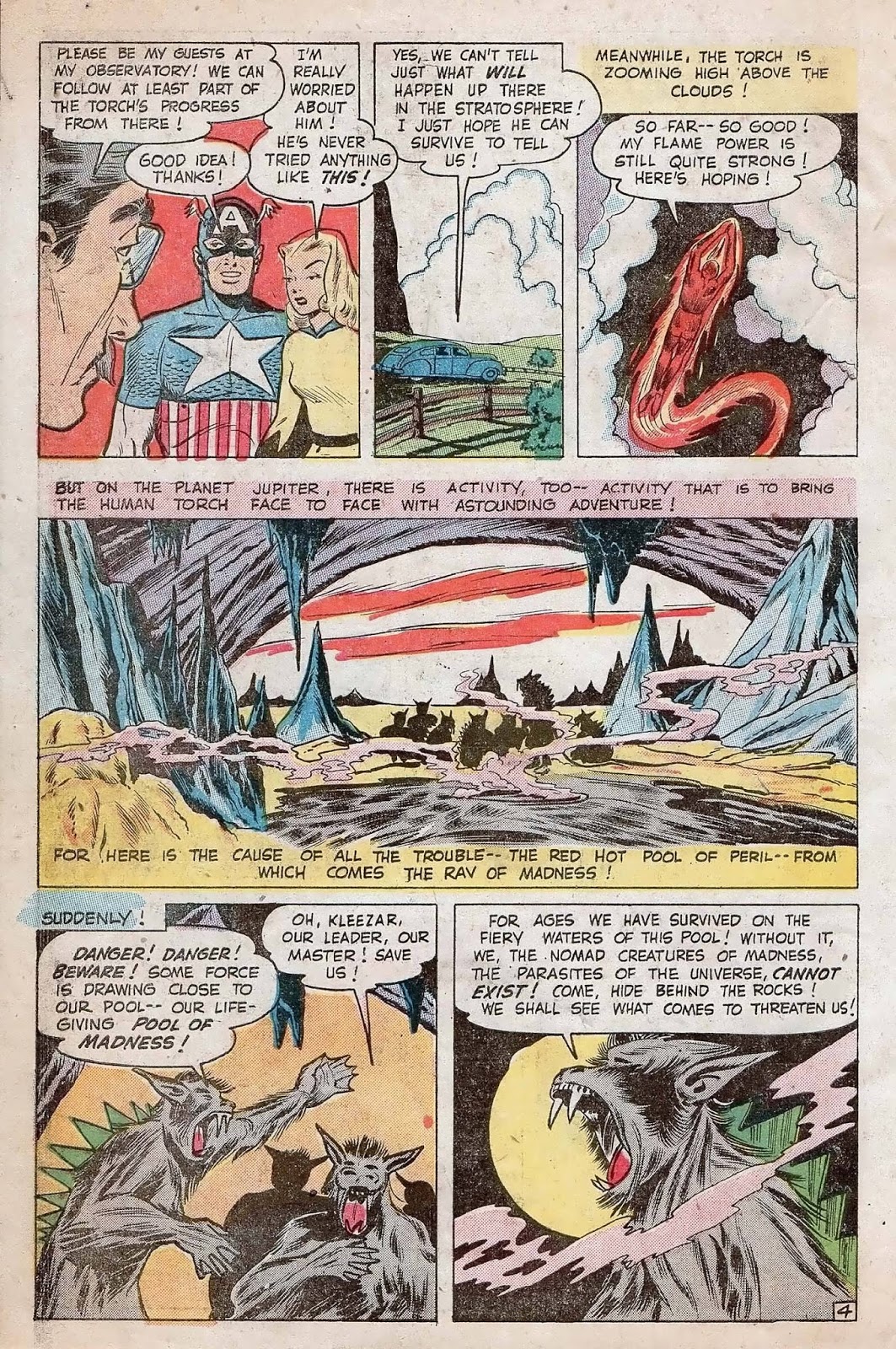 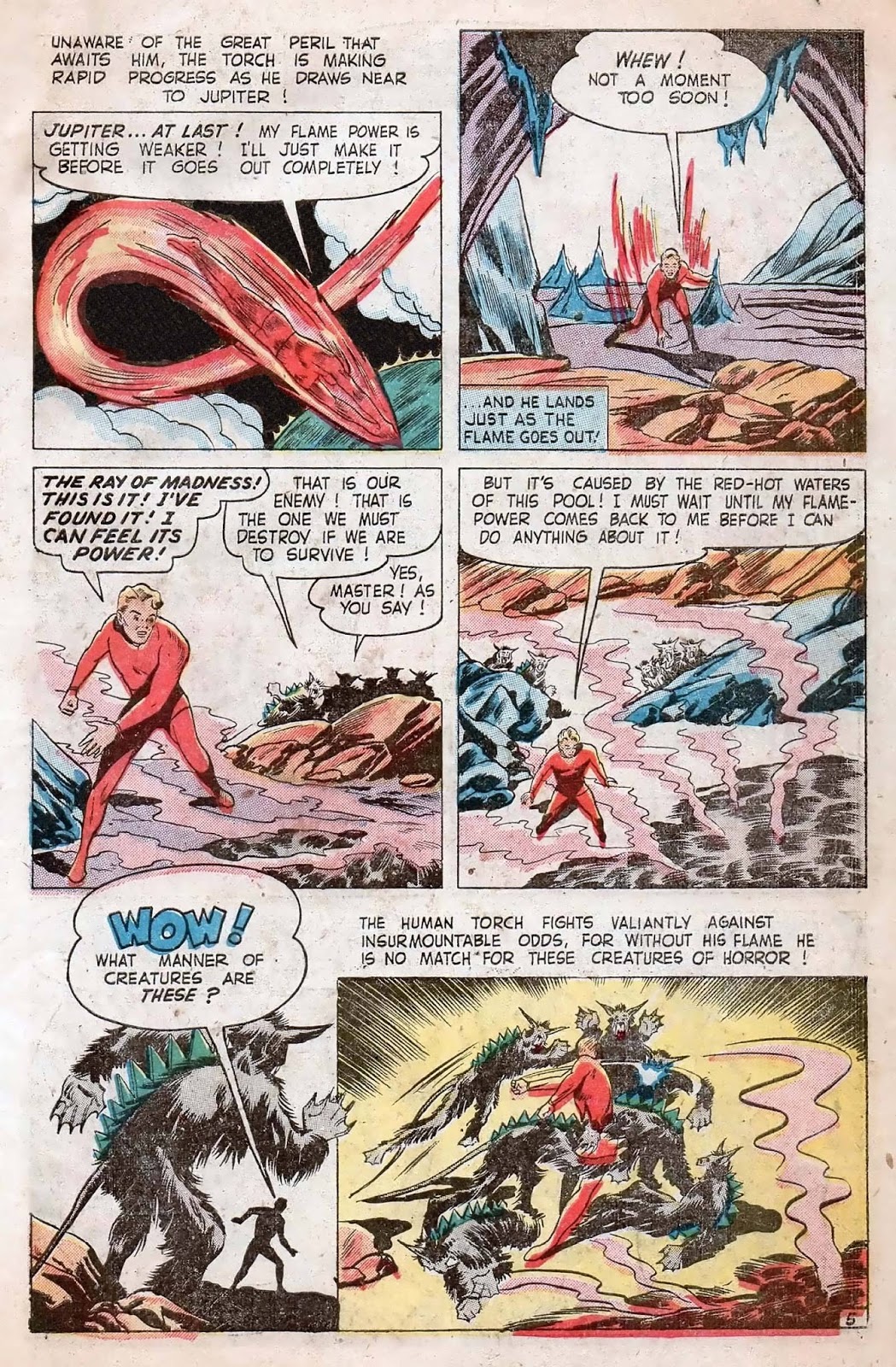 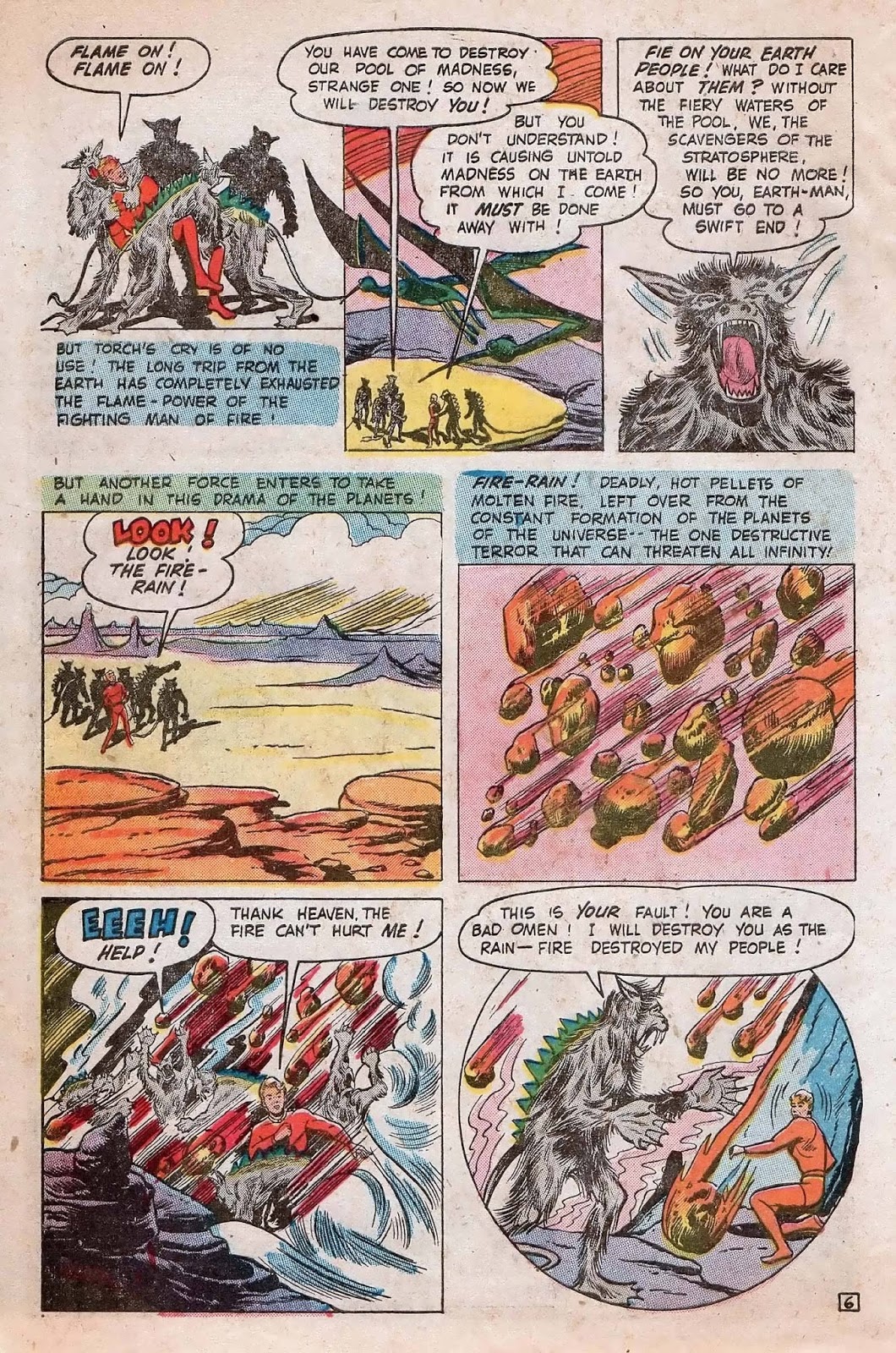 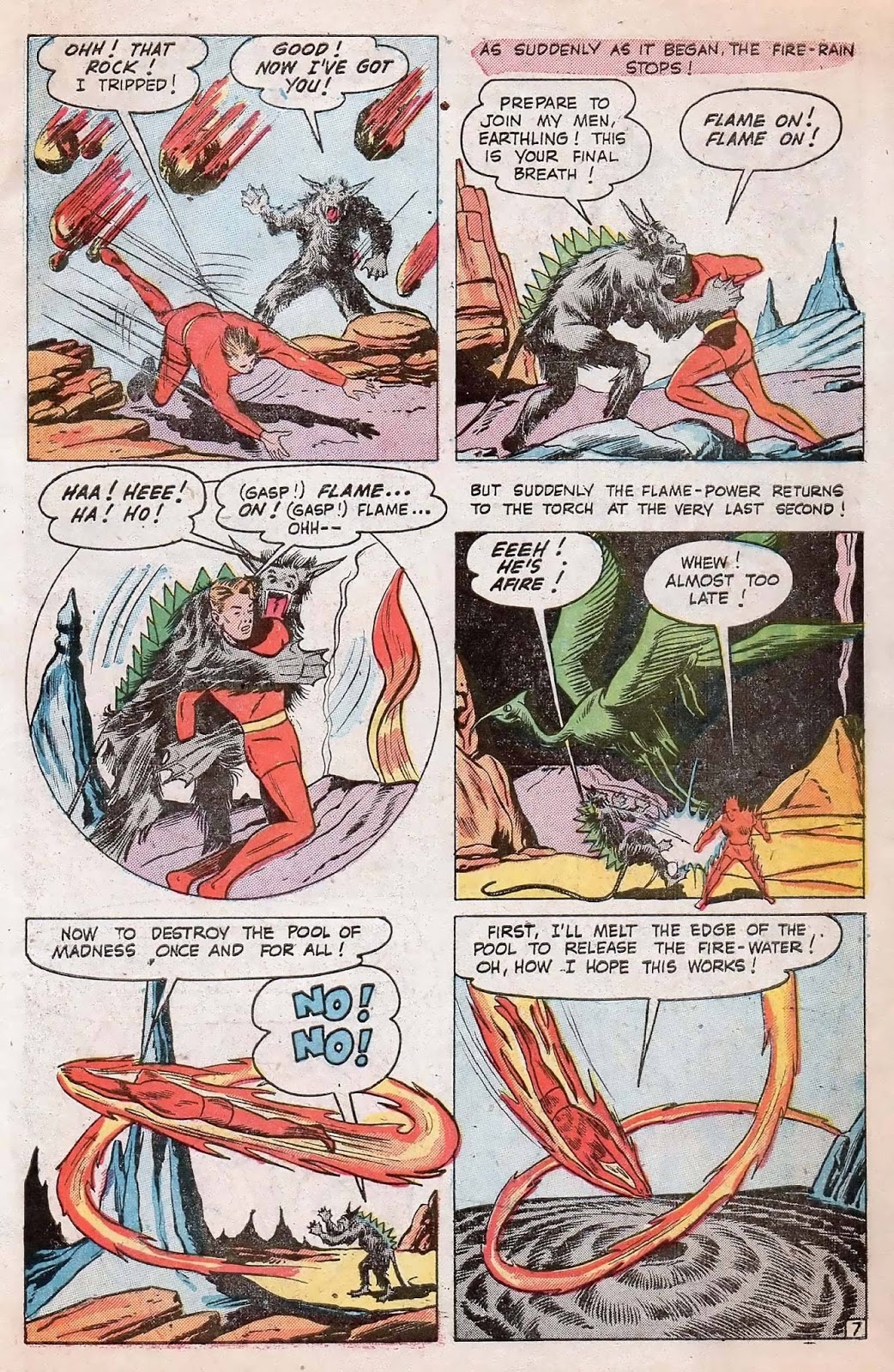 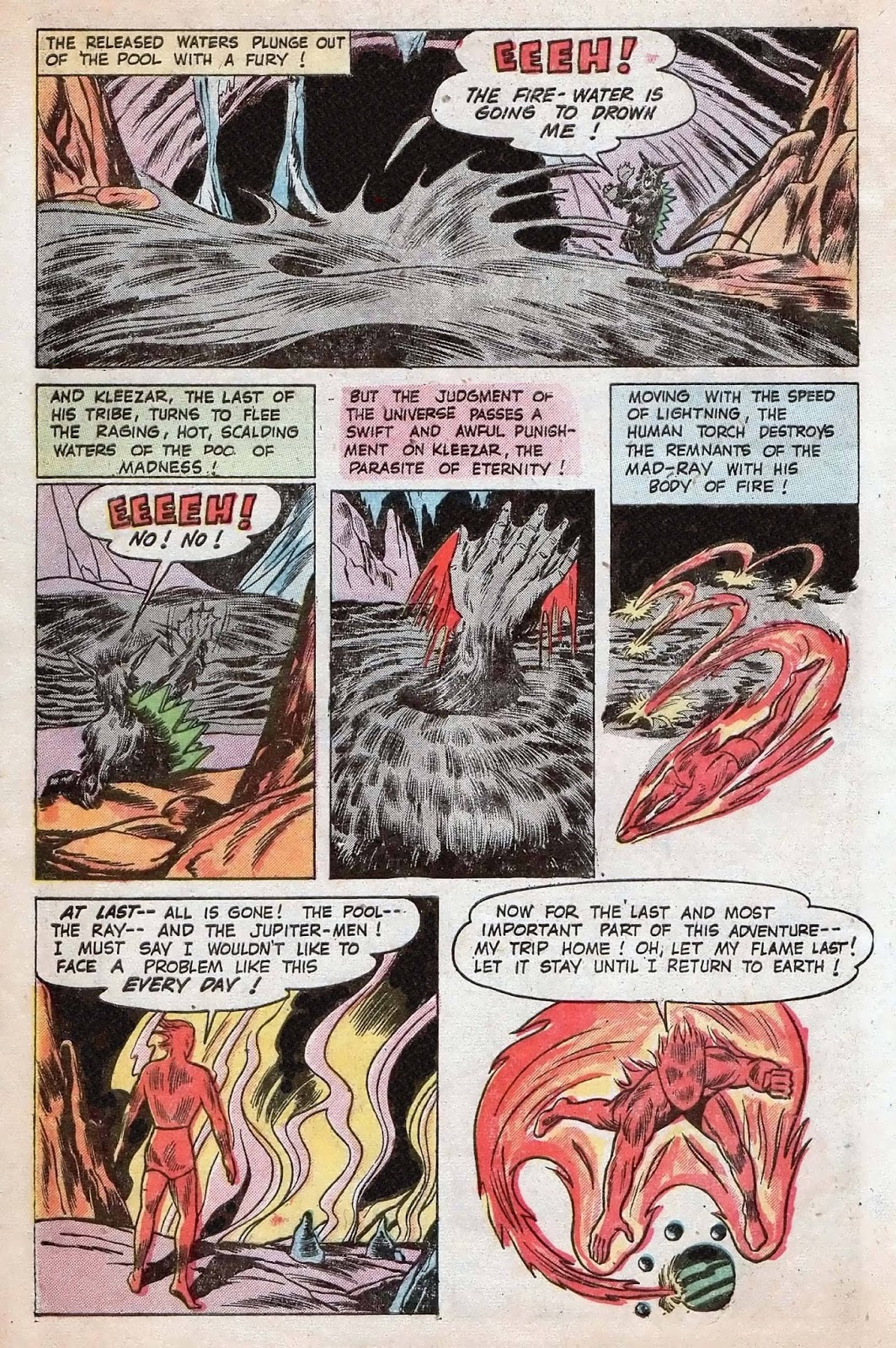 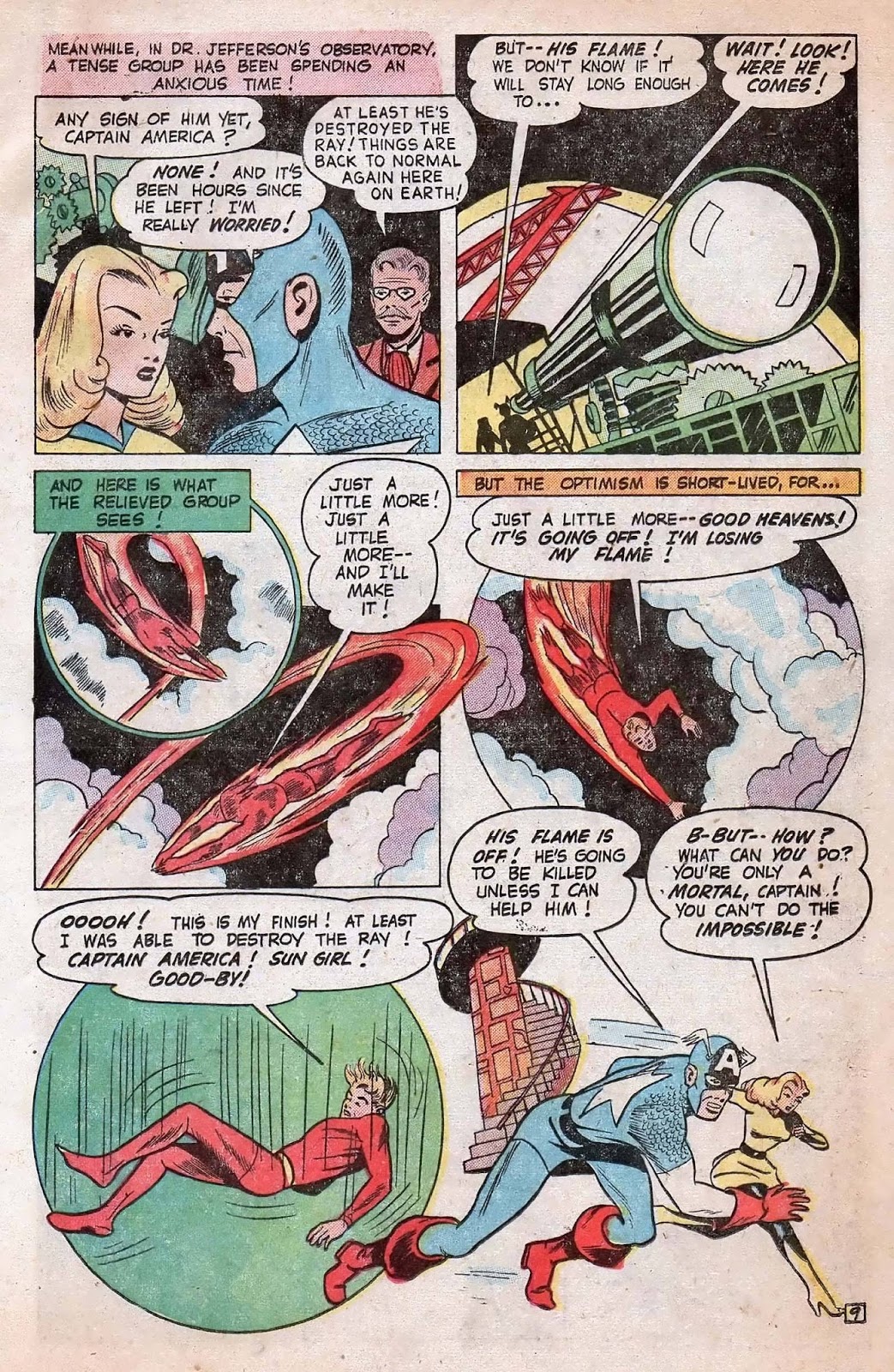 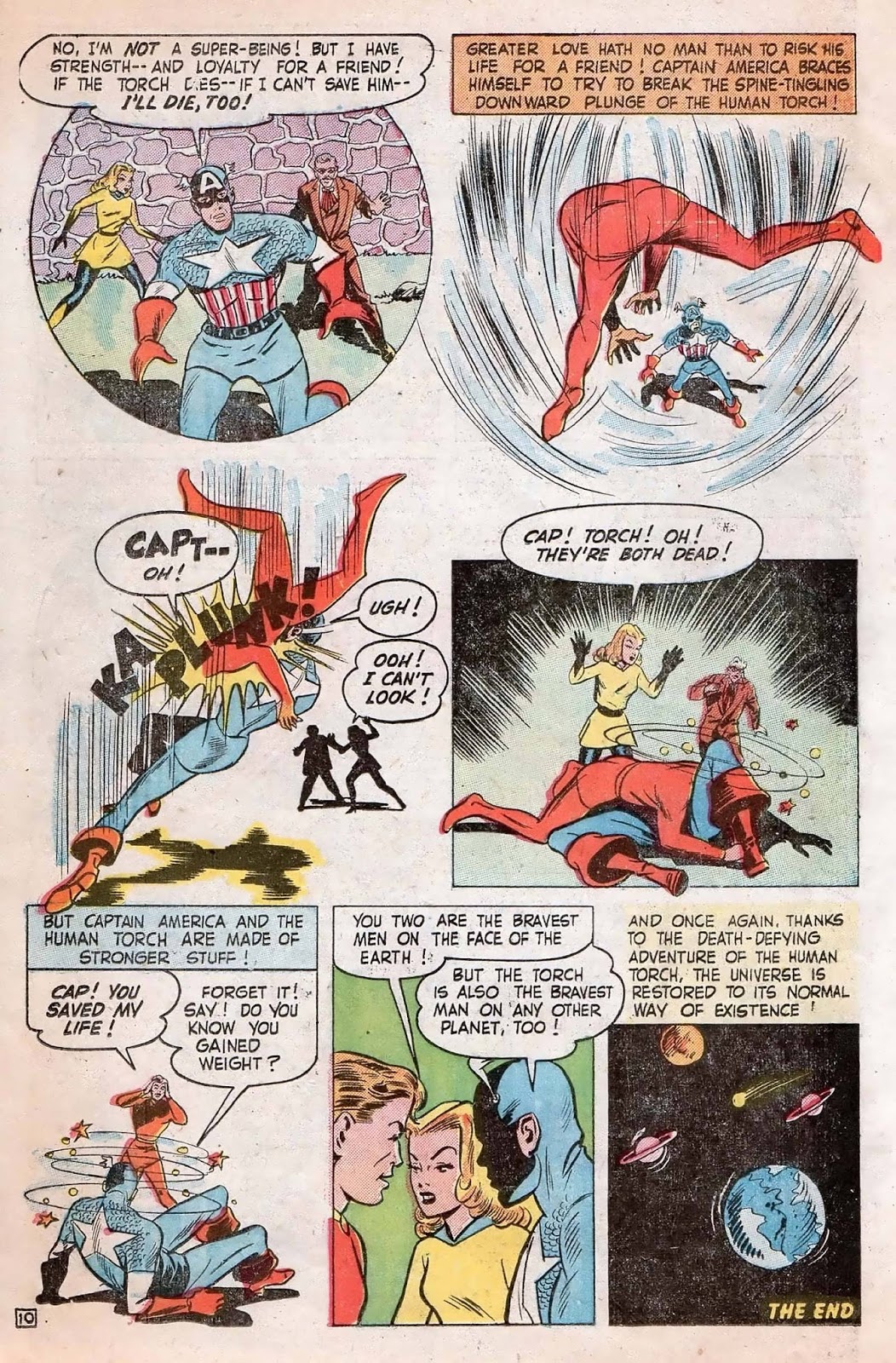 Steve, I don't think this is Mike Sekowsky. I can't say who it is, though.

Now that I understand the complications in identifying Timely/Atlas art, I won't just blindly accept what I find online. Thanx, Doc! The story's monsters kind of look like Don Rico to me. No?