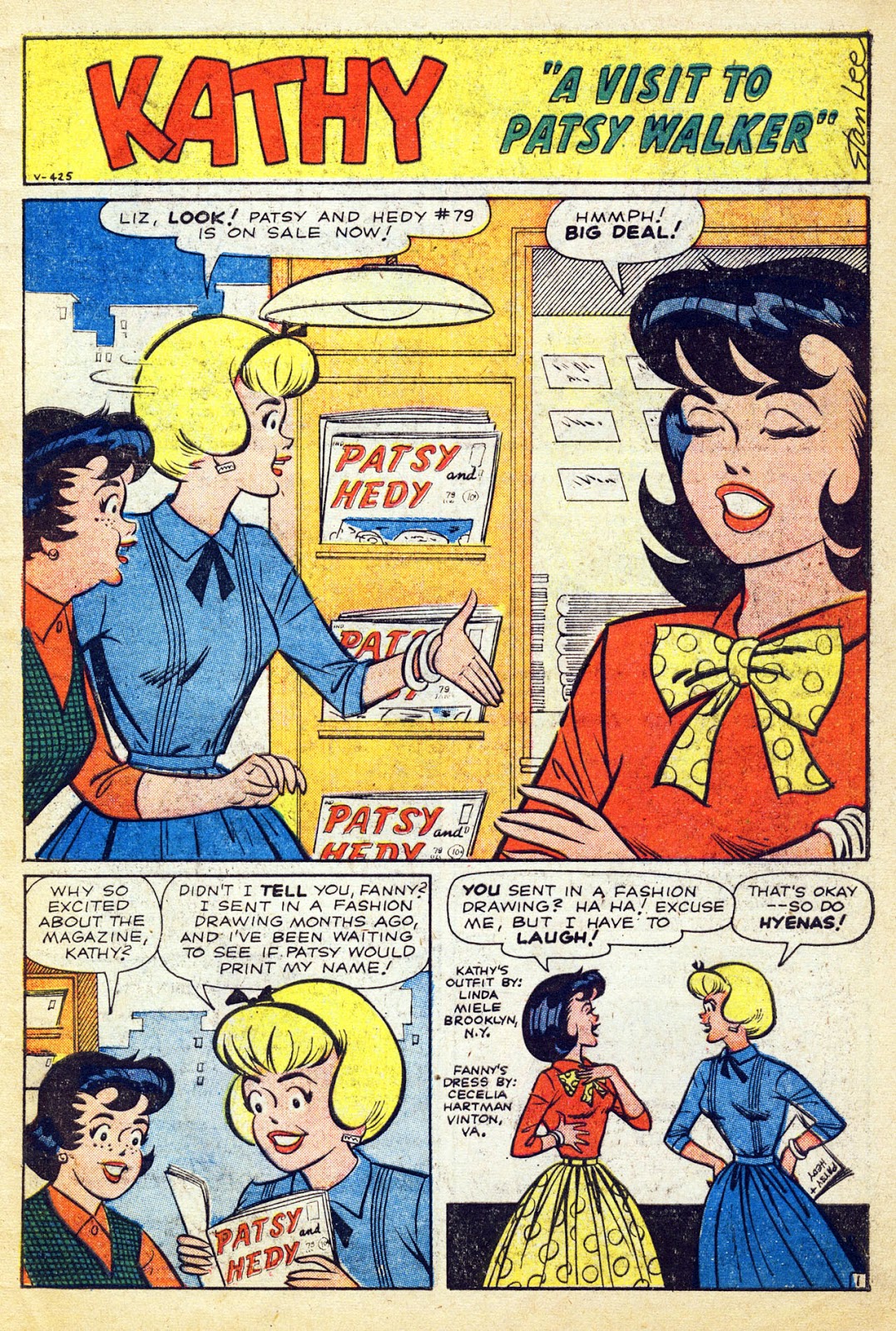 The late Stan Goldberg once told me that KATHY, THE TEENAGE TORNADO--one of several Atlas/Marvel Archie variations--was the first regular comic book he ever drew (after a couple tries at horror stories). Mainly the company's colorist in this period, Stan G (so dubbed to differentiate him from Editor/scripter Stan LEE) took what he learned and went in to draw more than half a century of similar stories for Marvel, DC and especially Archie! Here, we have a particularly meta story where all the characters know they star in their own comic books and meet the other stars of different comics, Patsy Walker and Hedy Wolfe! 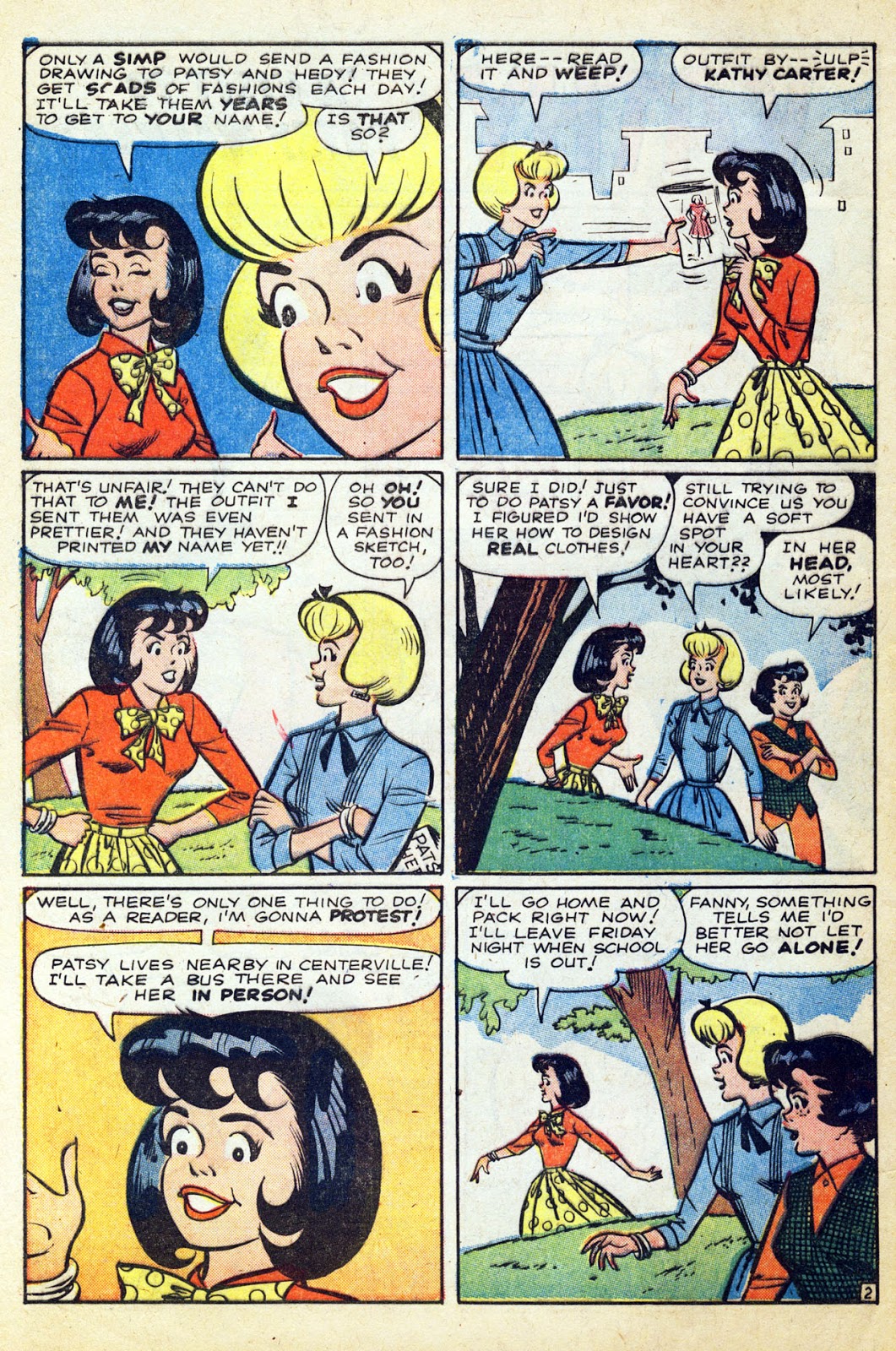 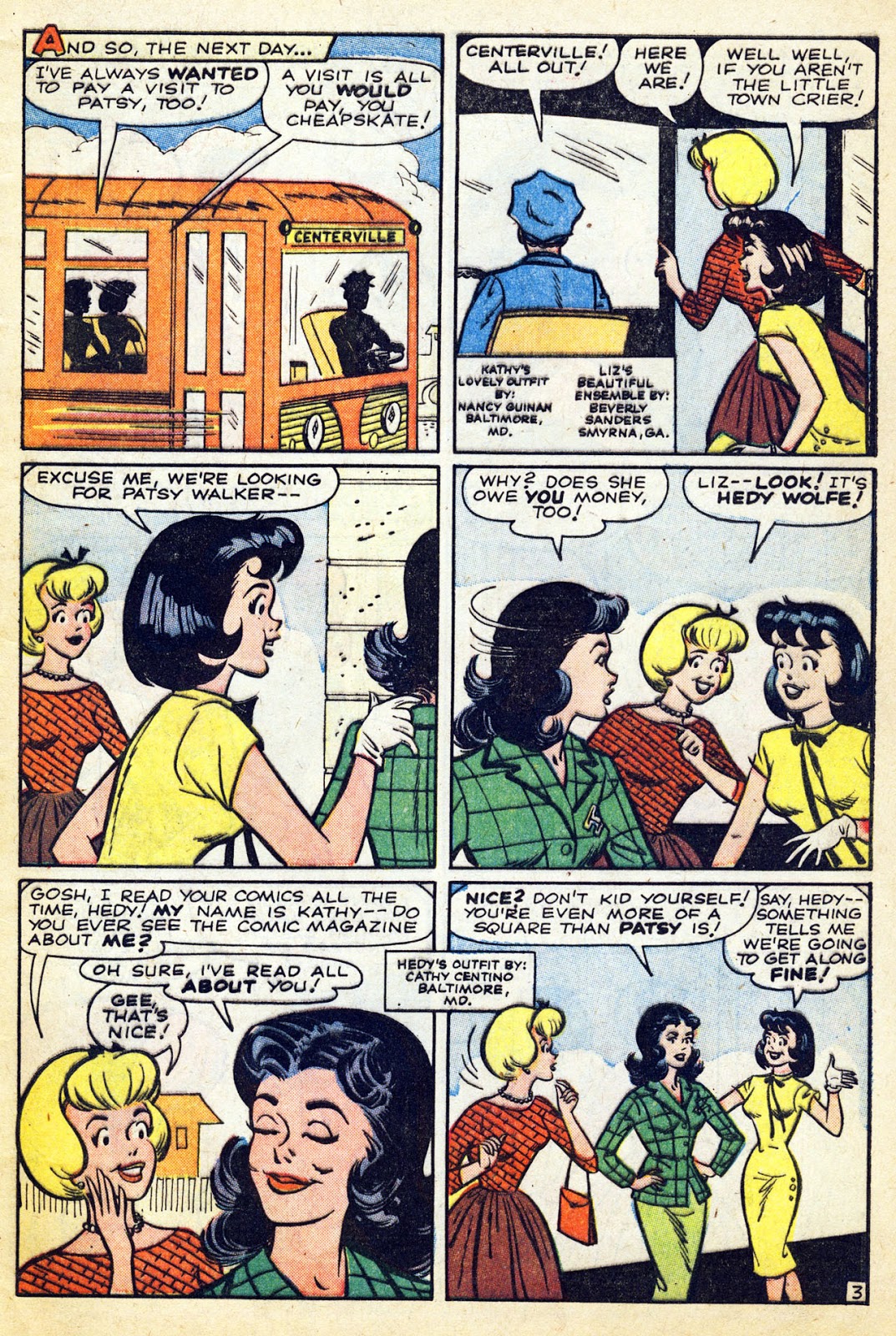 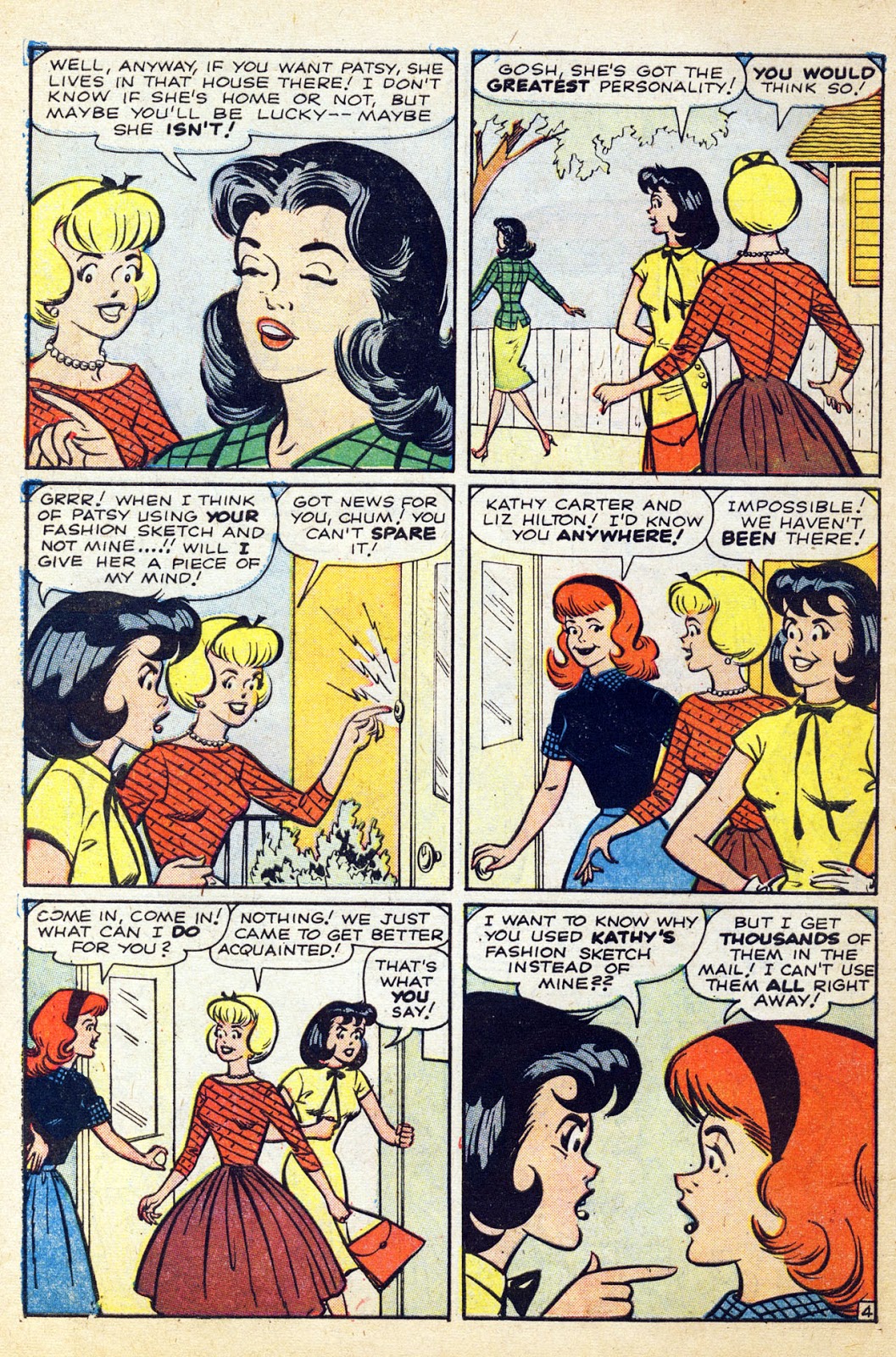 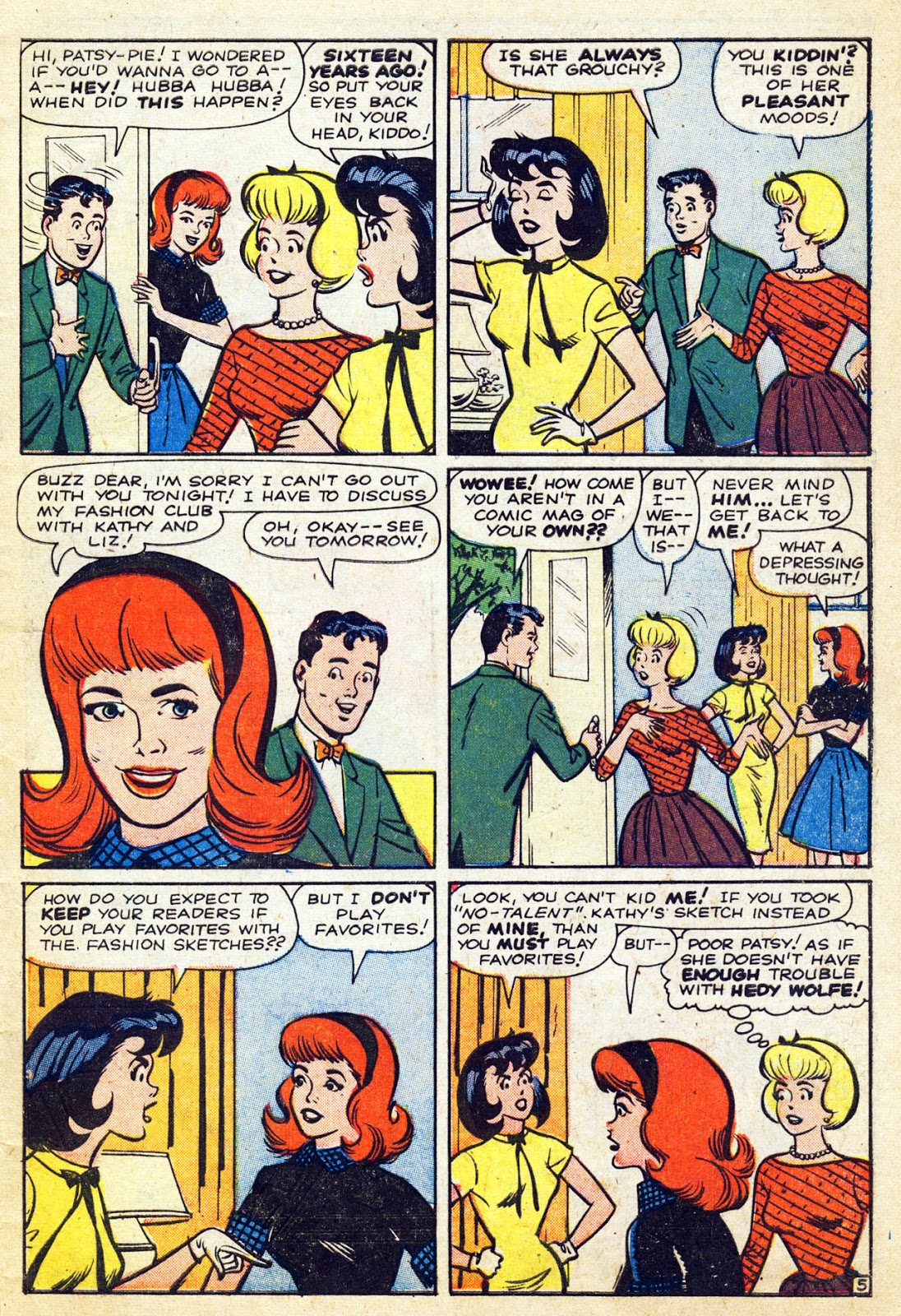 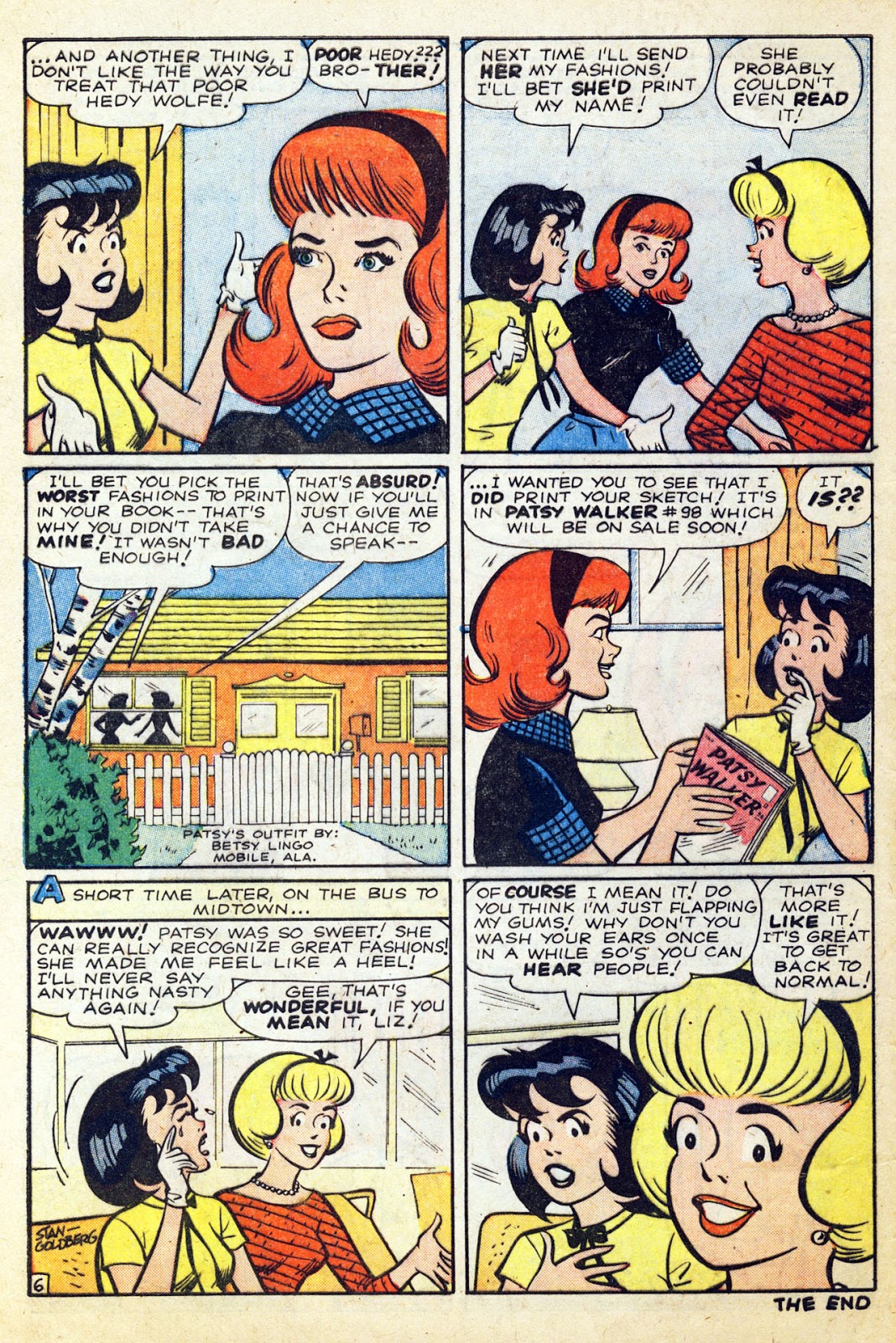