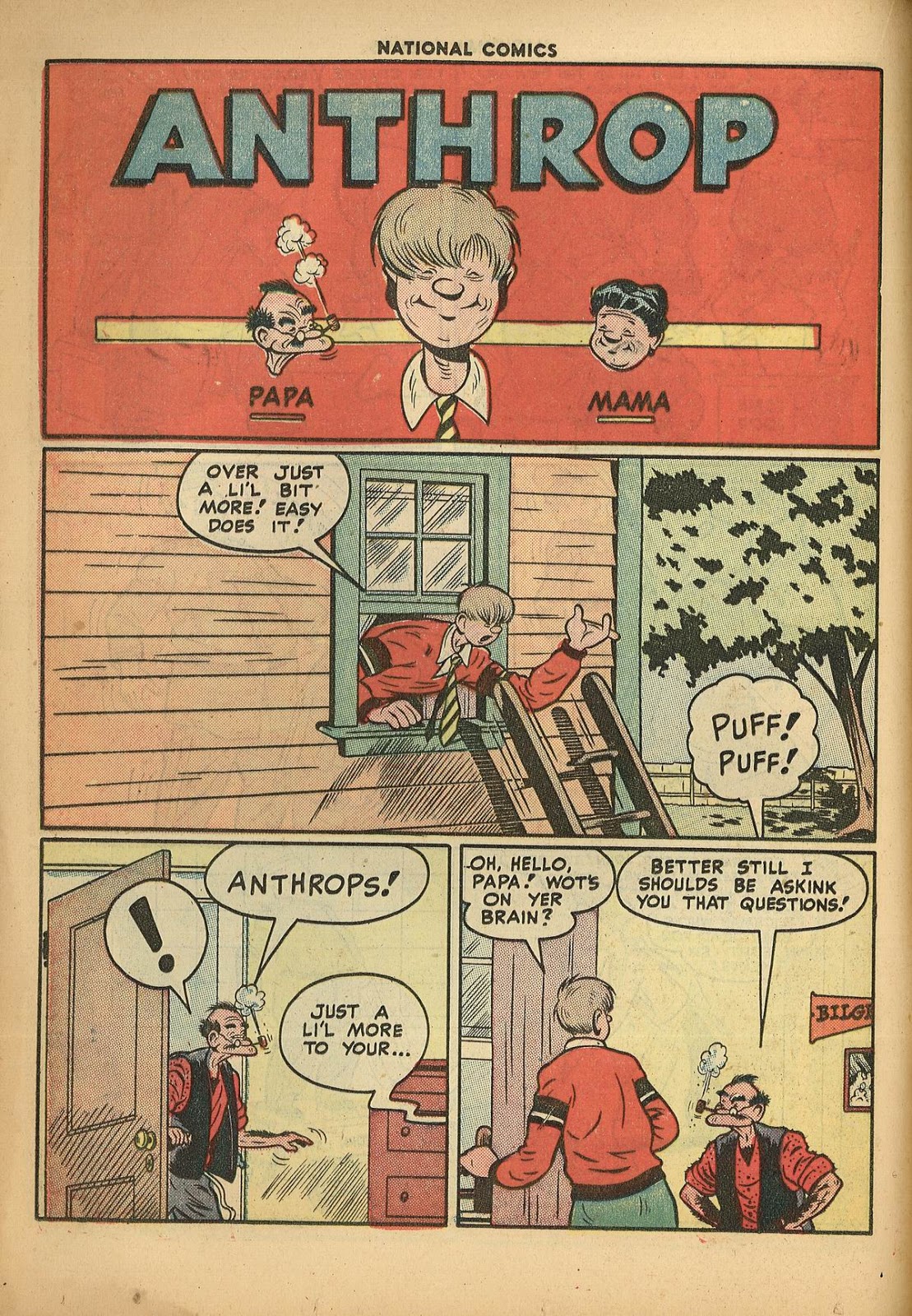 Some typically top-notch Quality cartooning on a not-so -typical series. ANTHROP was that rare bird--a comic book series based around dialect humor. Although it had long been a staple of Vaudeville, movies and radio in those pre-politically correct days, it was unusual indeed to get this much basically Jewish humor on the four color page. The protagonist himself, though, is more a cartoonish version of Steinbeck's Lenny. 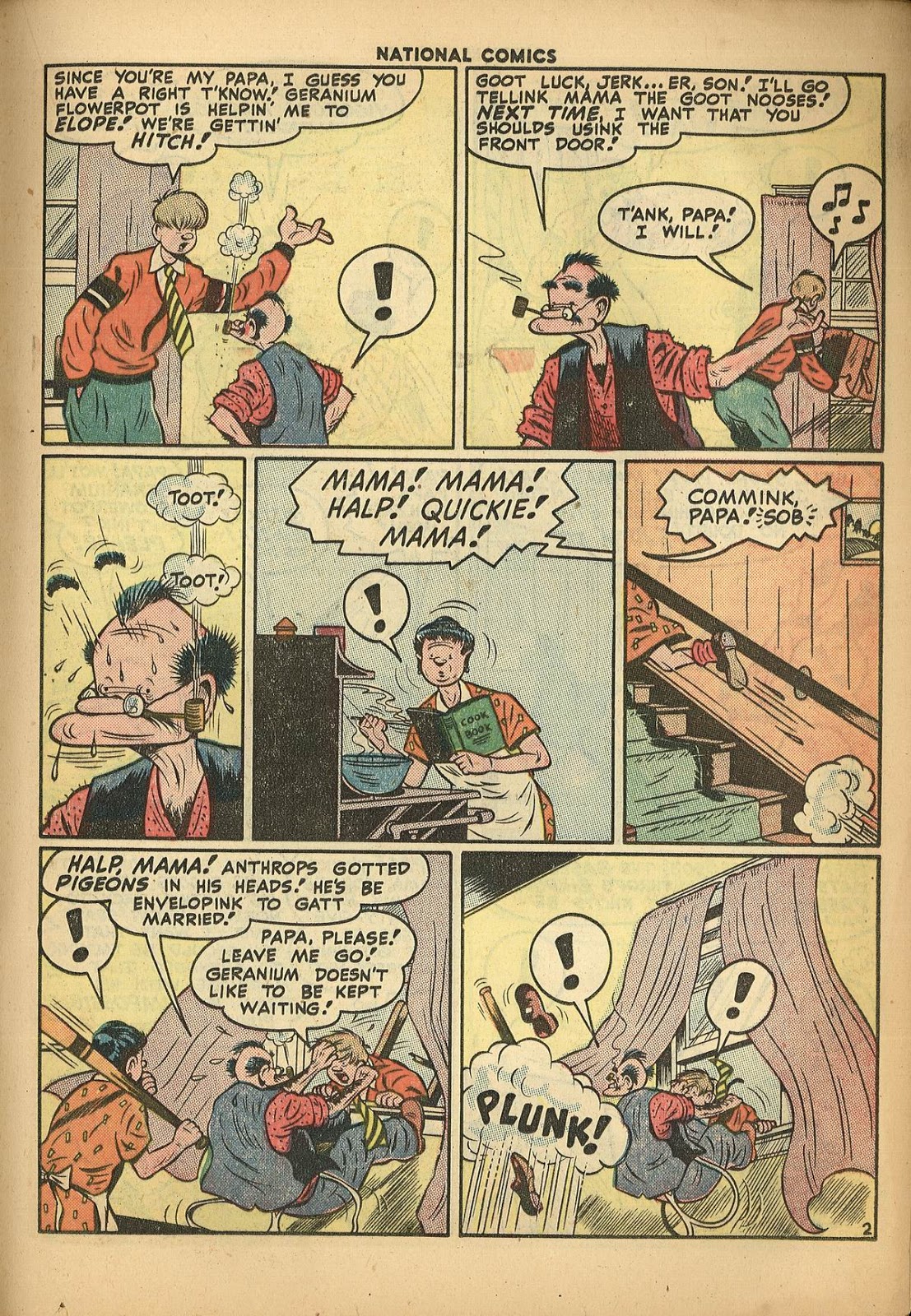 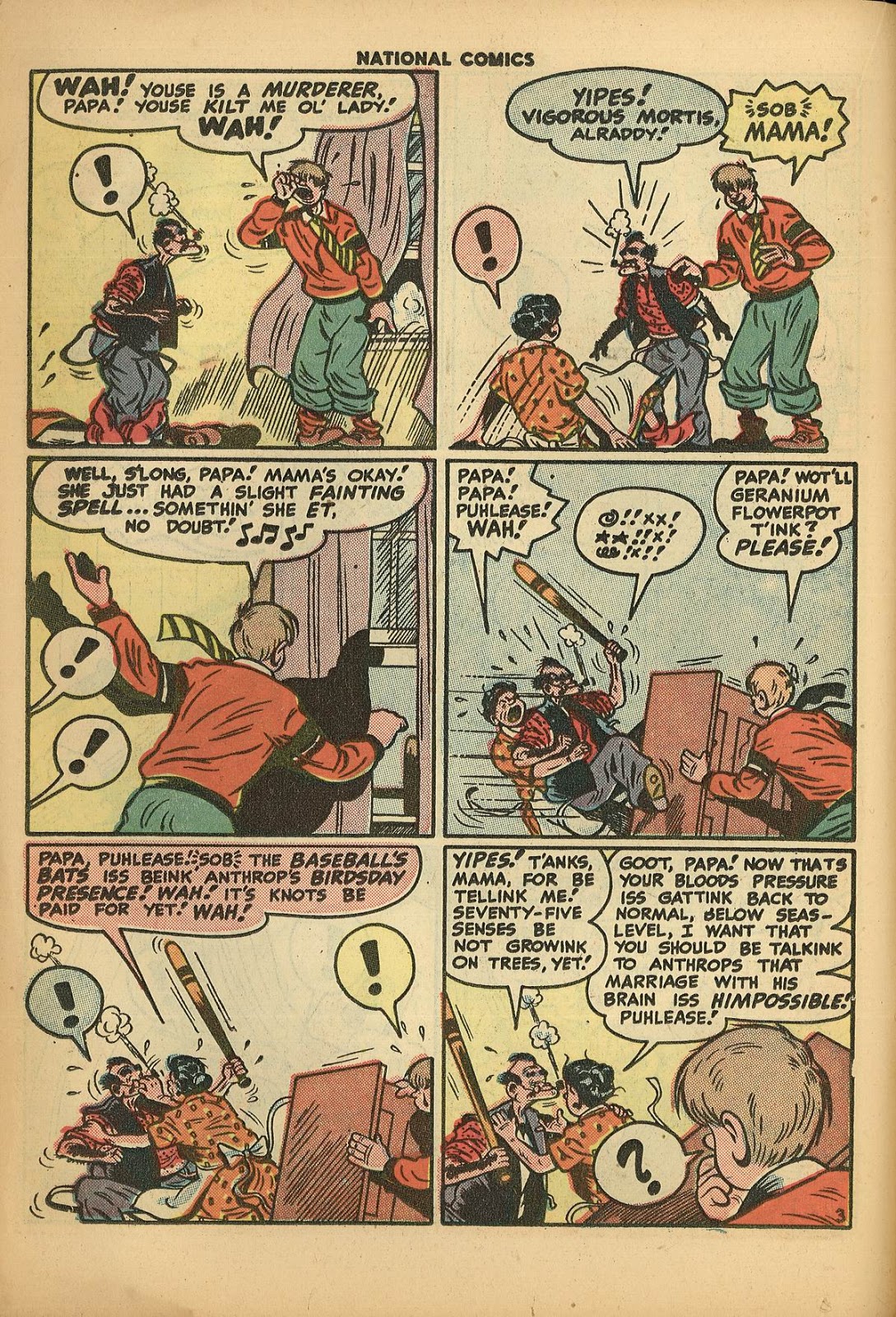 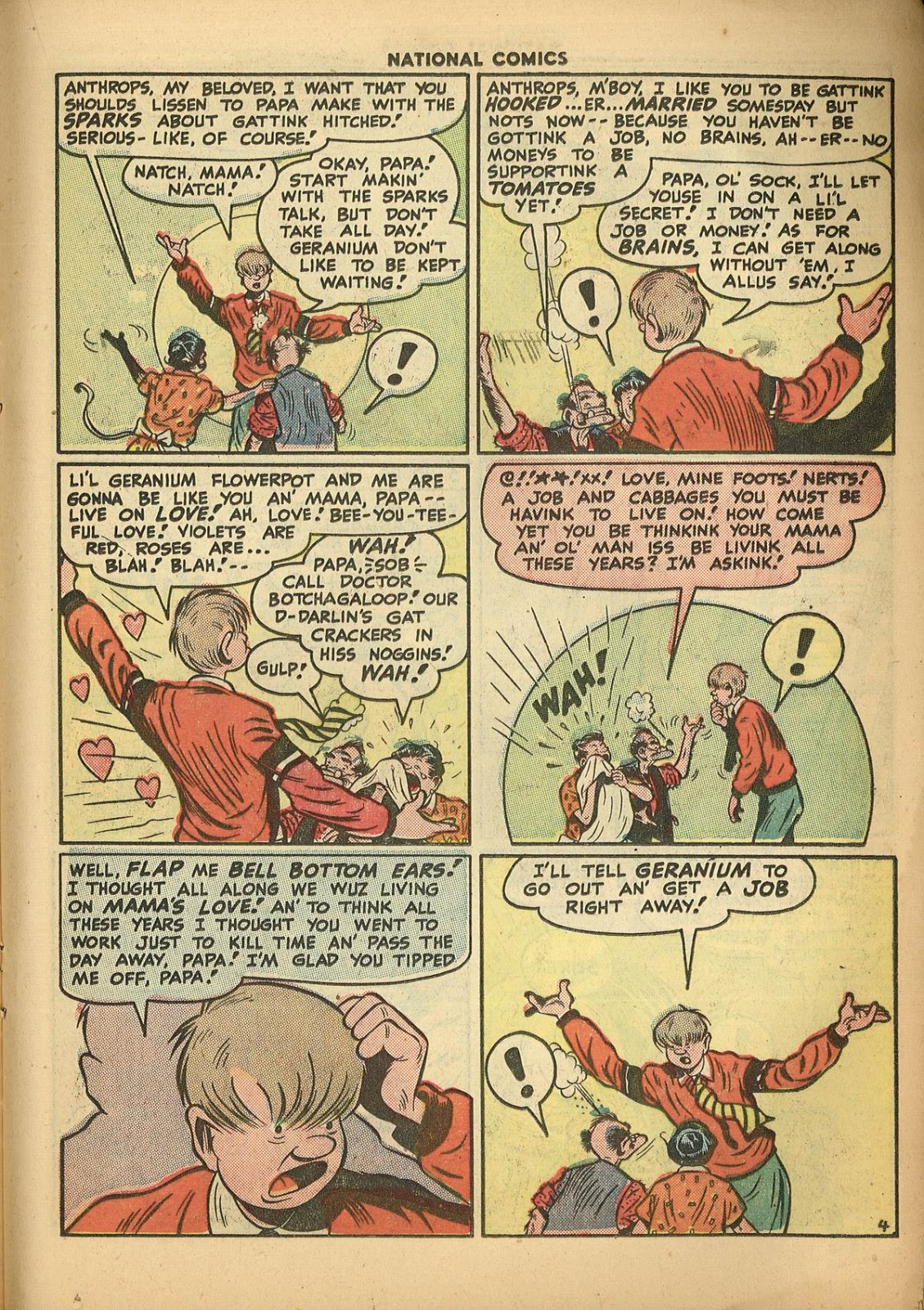 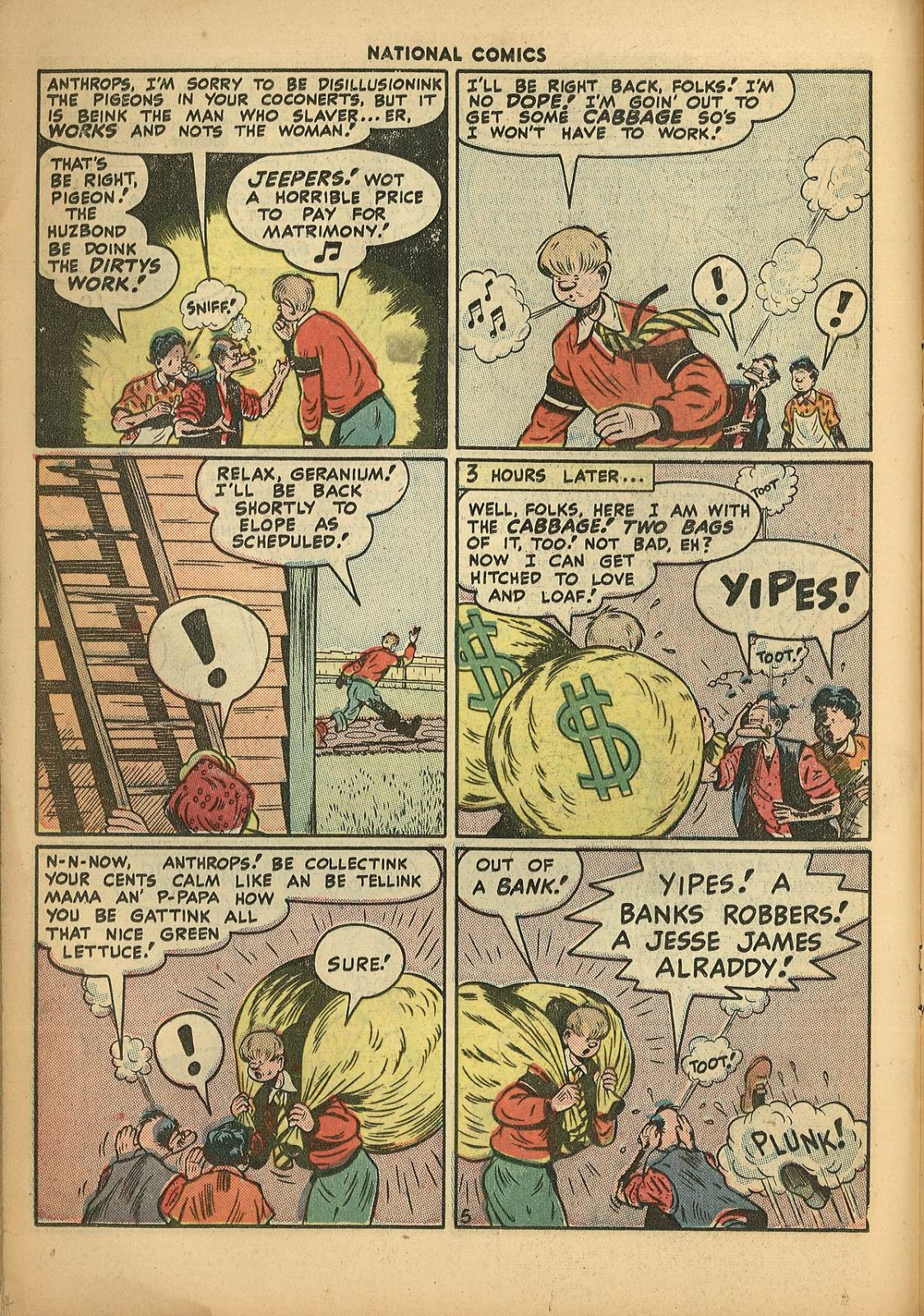 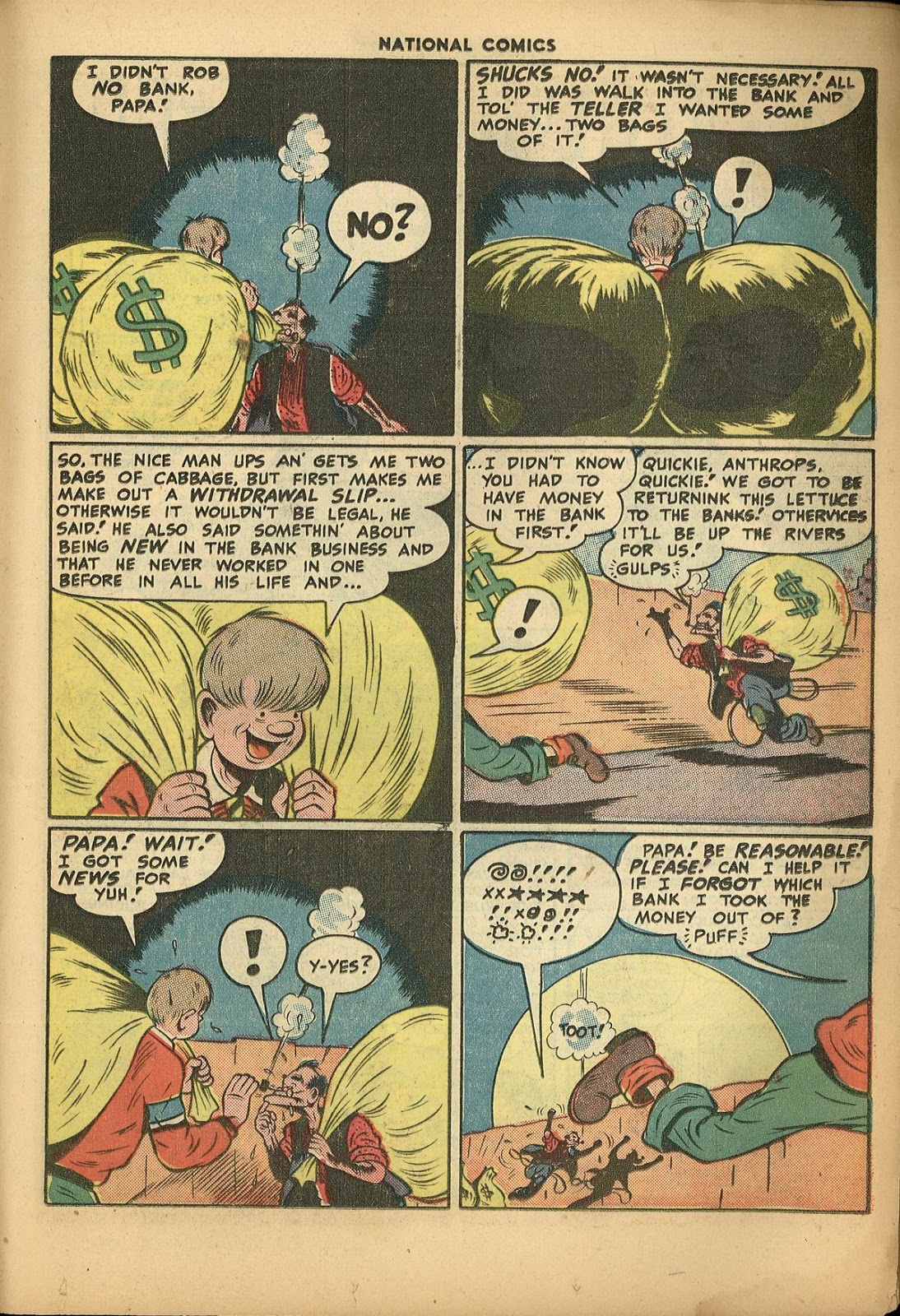