Moon Girl and the Prince-Sheldon Moldoff-1949 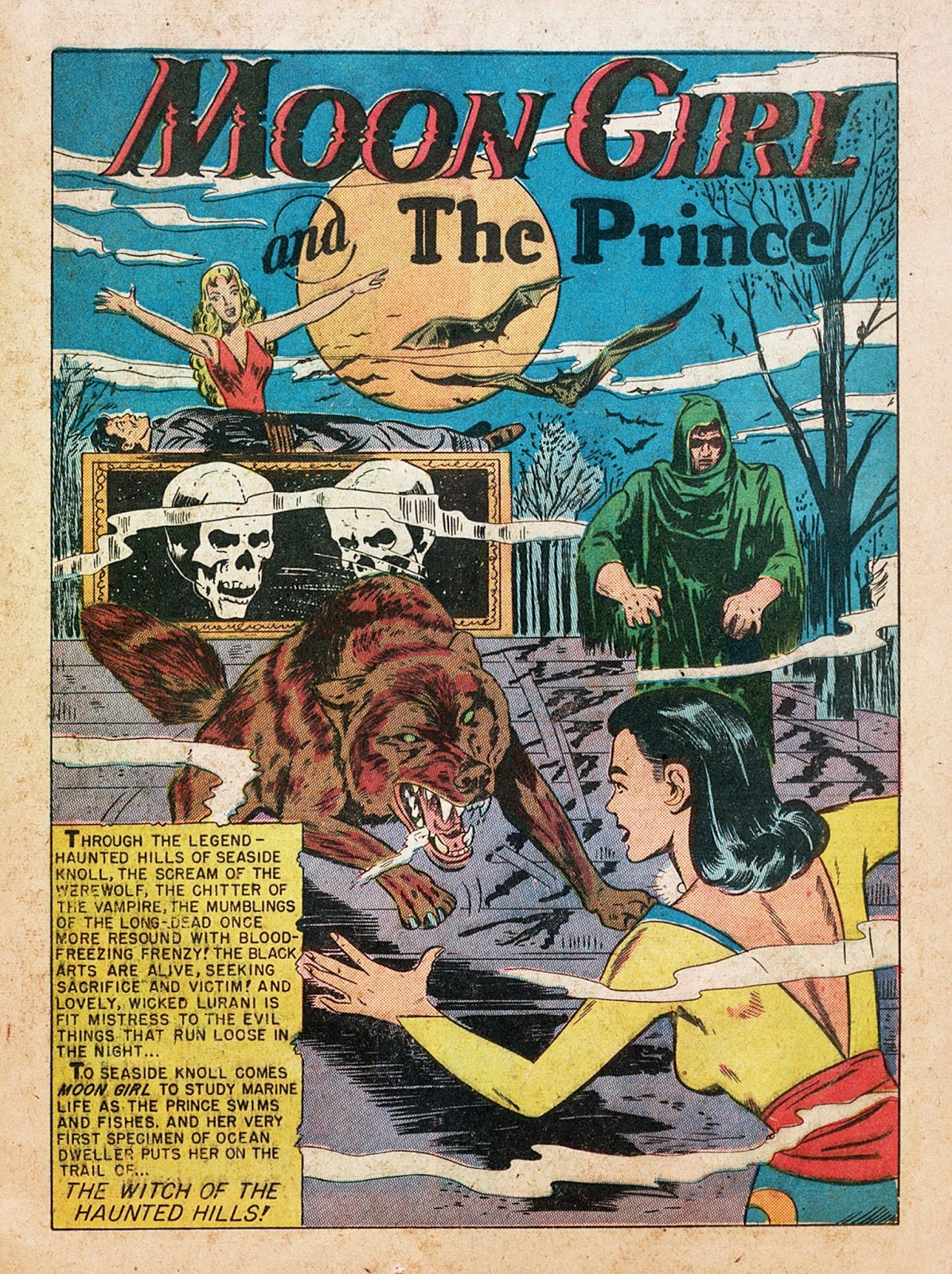 Charlie Gaines was dead by this point and his son Bill had turned Educational Comics into Entertaining Comics. According to legend (and to Moldoff) it was Moldoff who suggested the concept of horror comic books to Gaines. This would seem to be an early attempt at horror, mixed with EC's only superhero series. 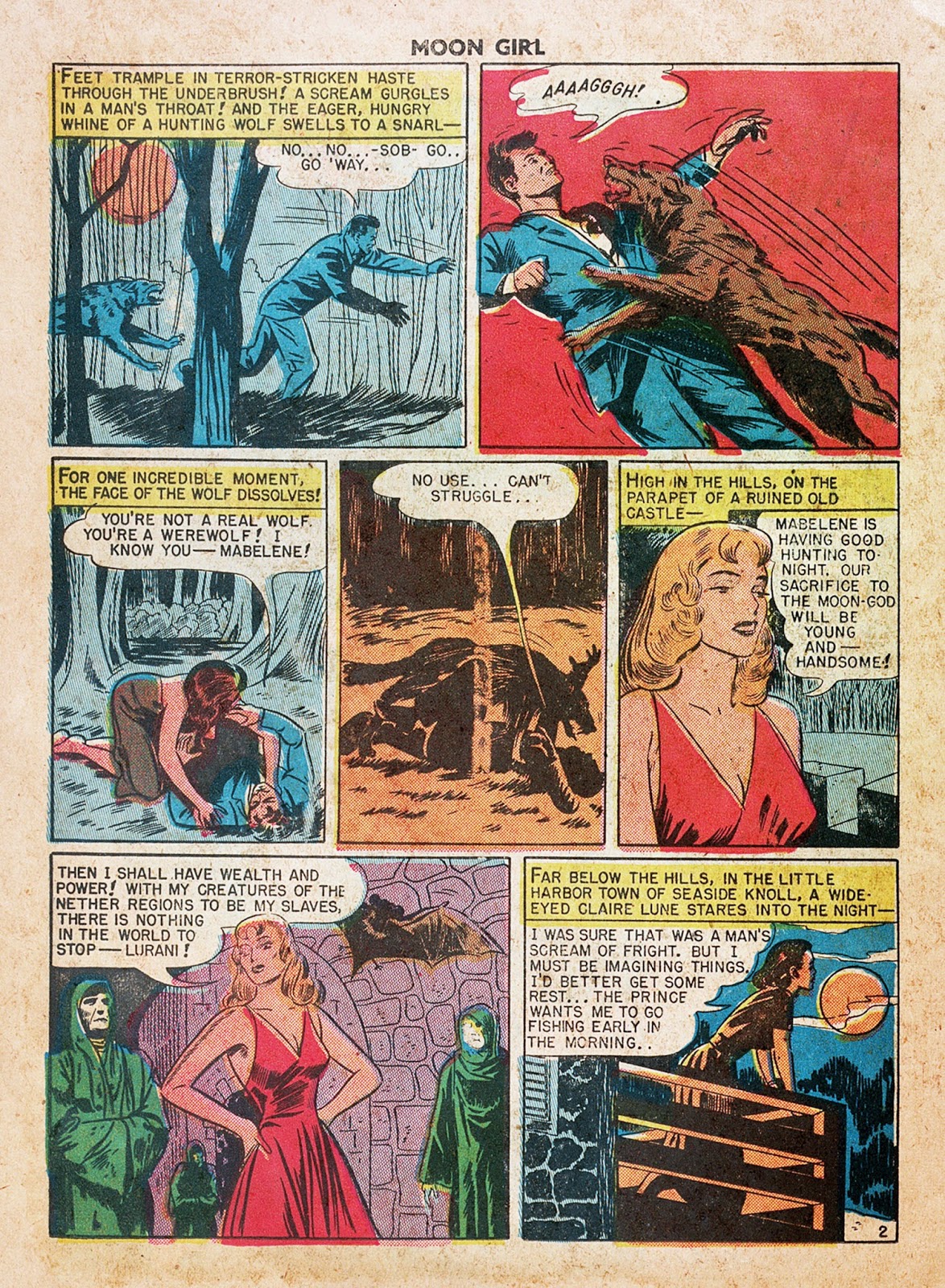 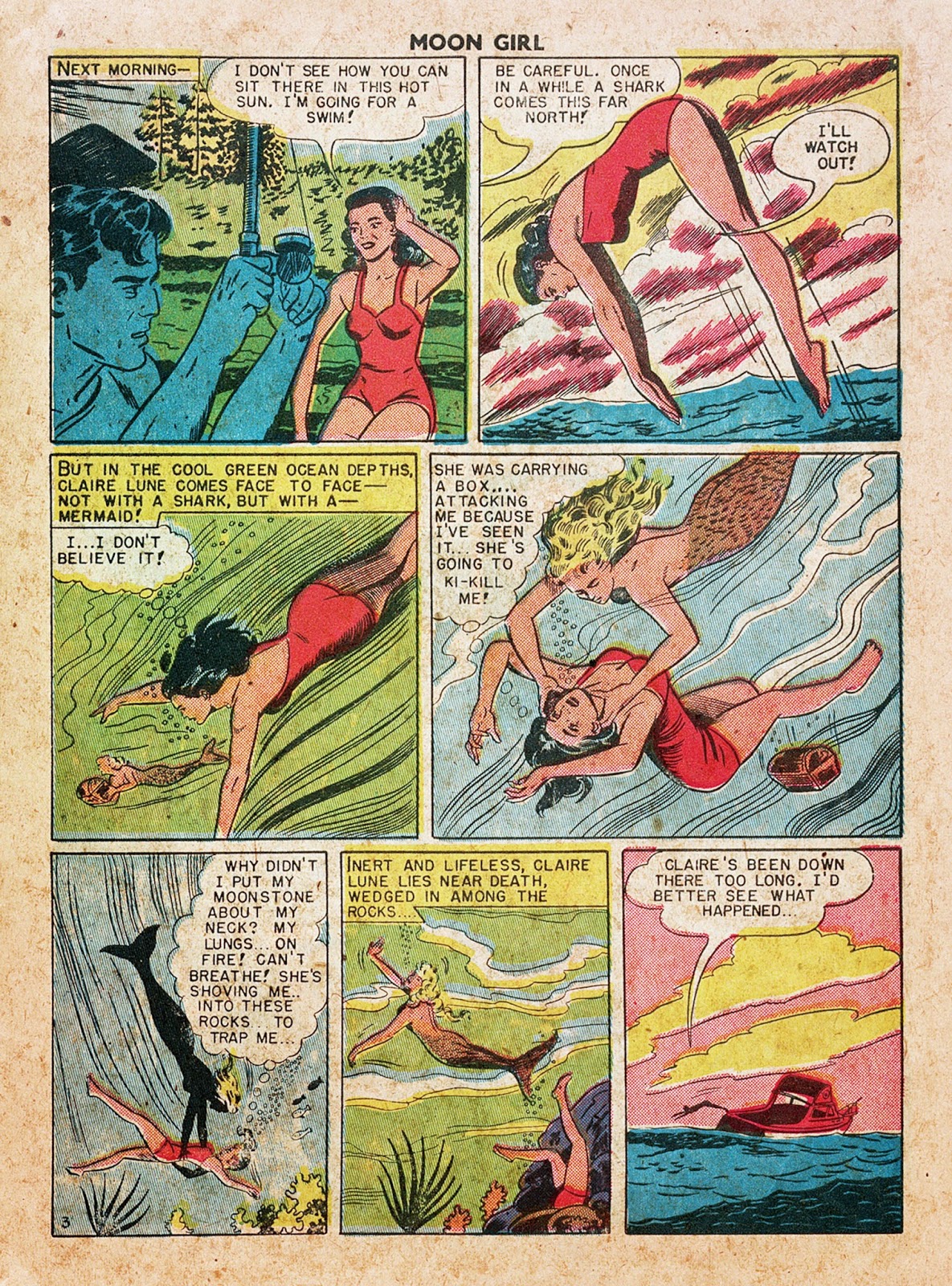 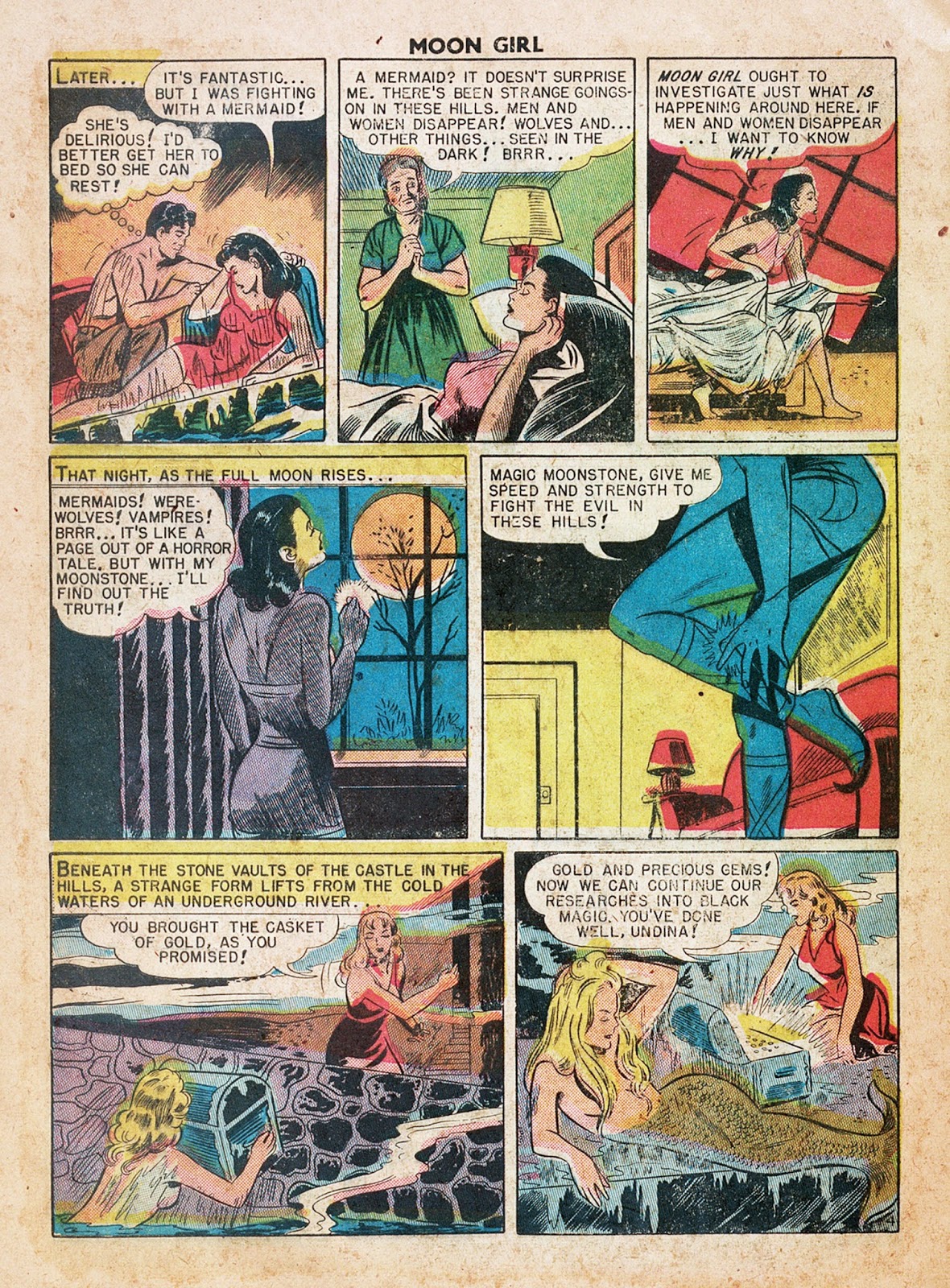 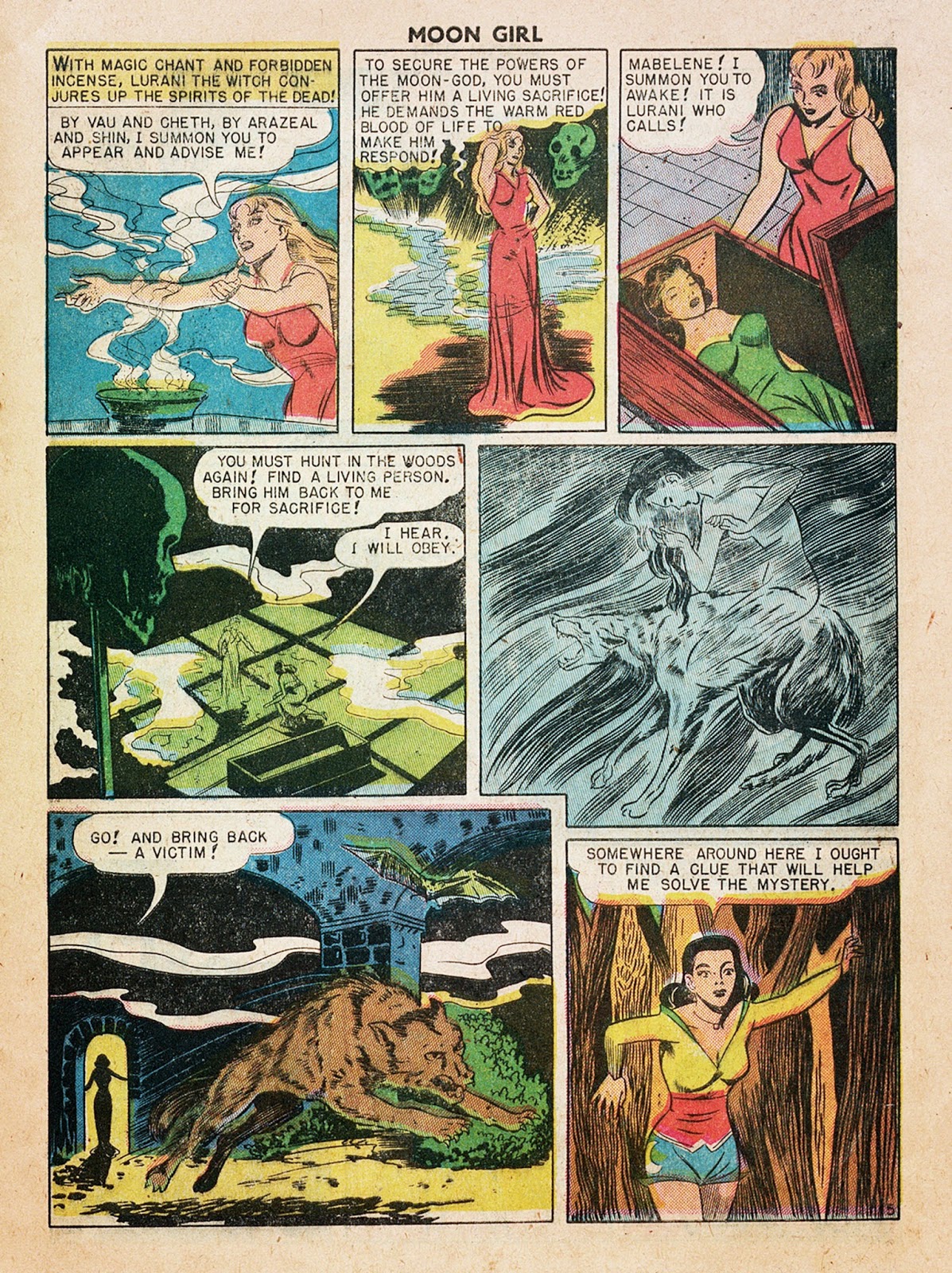 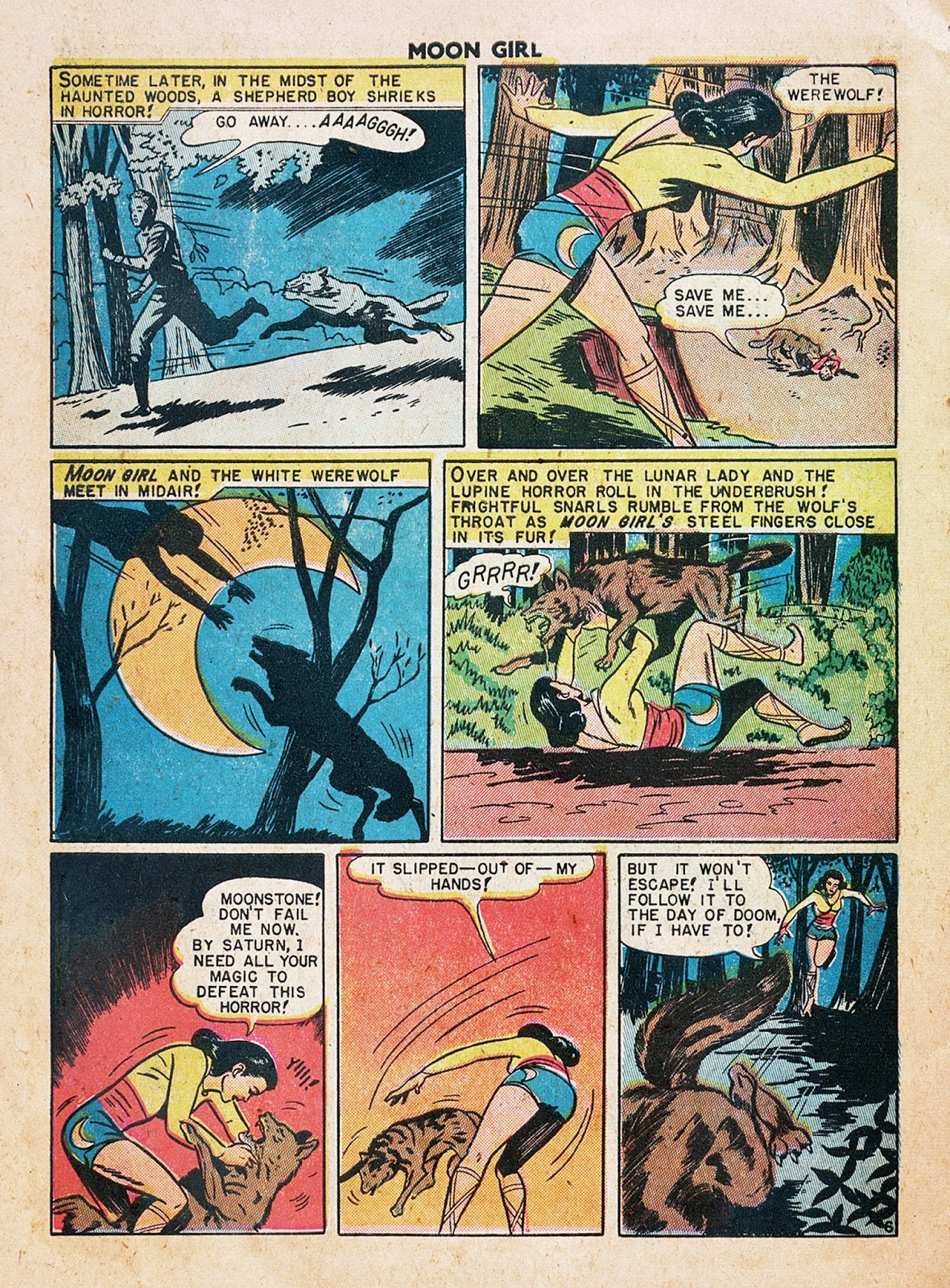 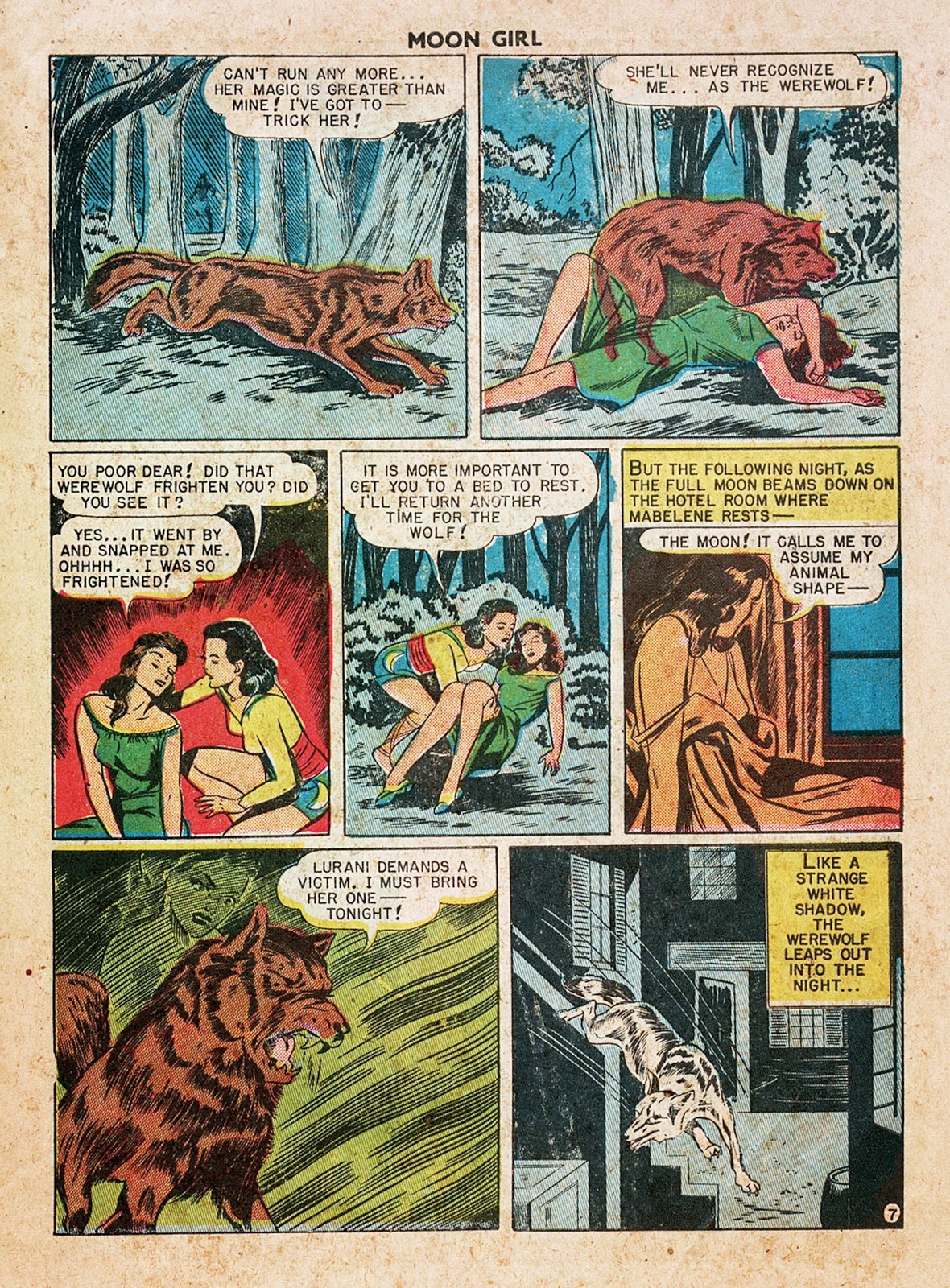 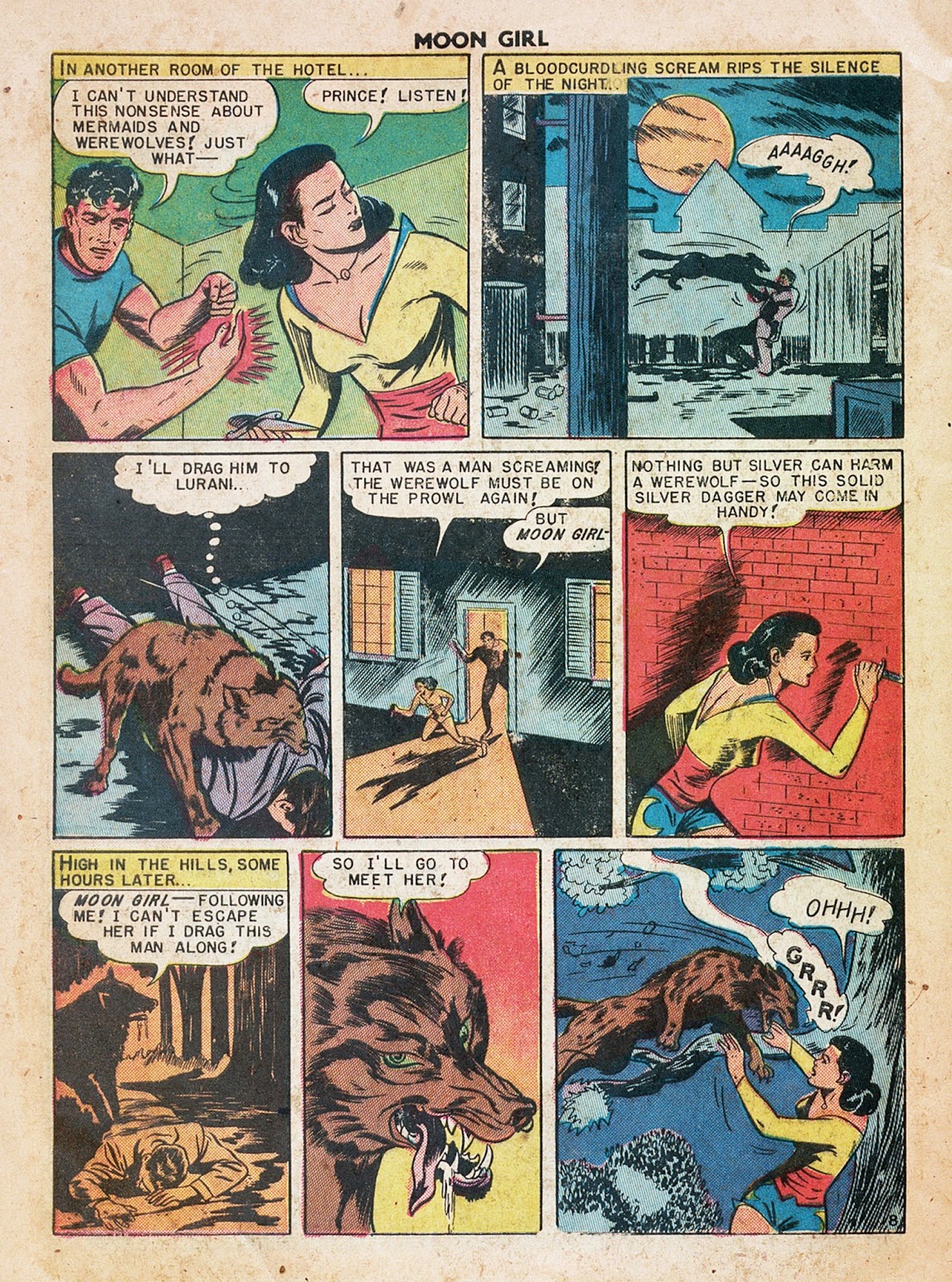 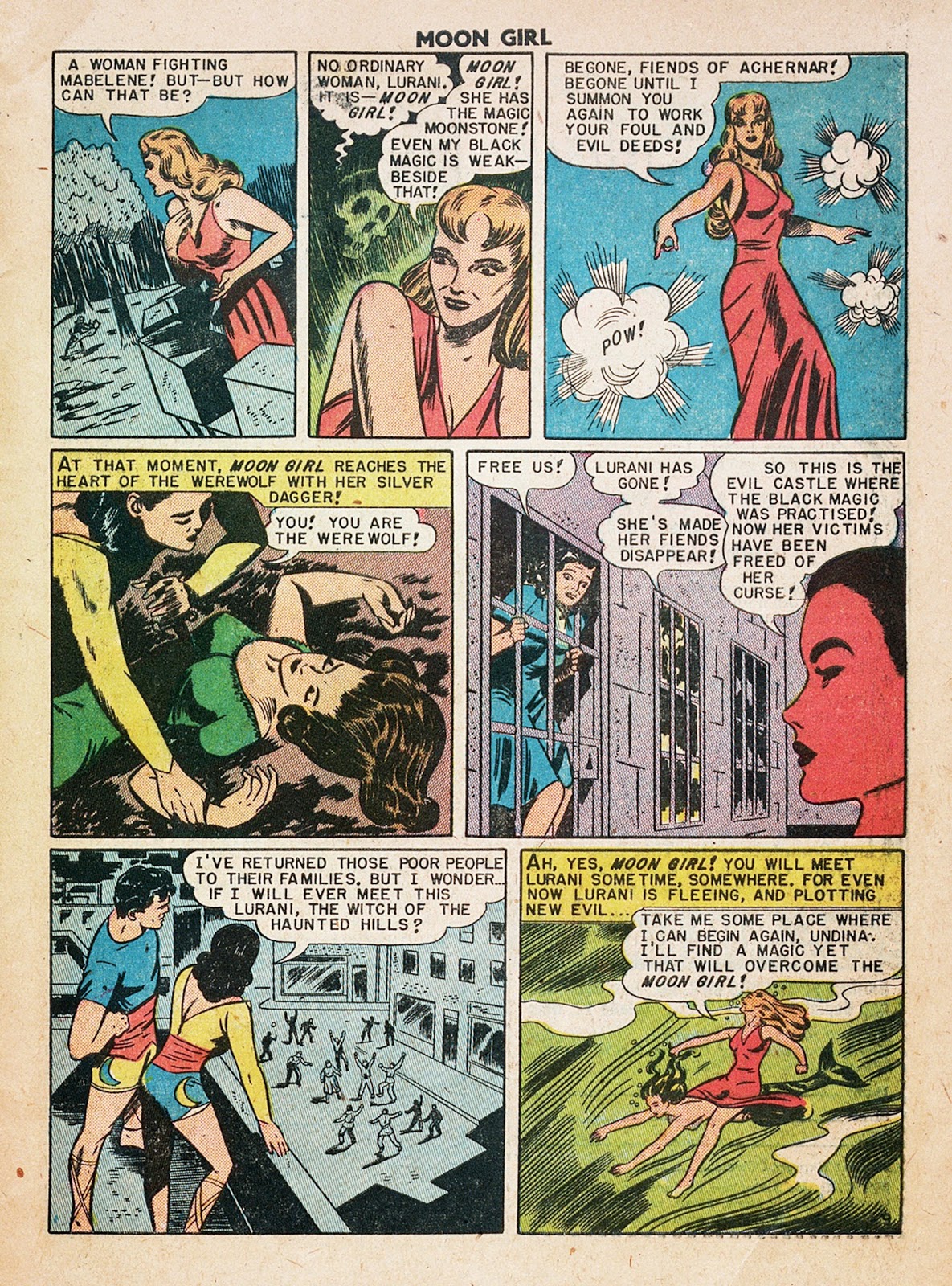 It would seem than Lurani was allowed by EC to escape, as this was in Moon Girl Fights Crime! #8, and the next issue was a Moon, a Girl… Romance #9, in (in which Moon Girl made her final appearance in “I Was a Heart Pirate”).

Moldoff seem to have been trying to do pin-up art here, and to slip a bit of kink into the final panel.