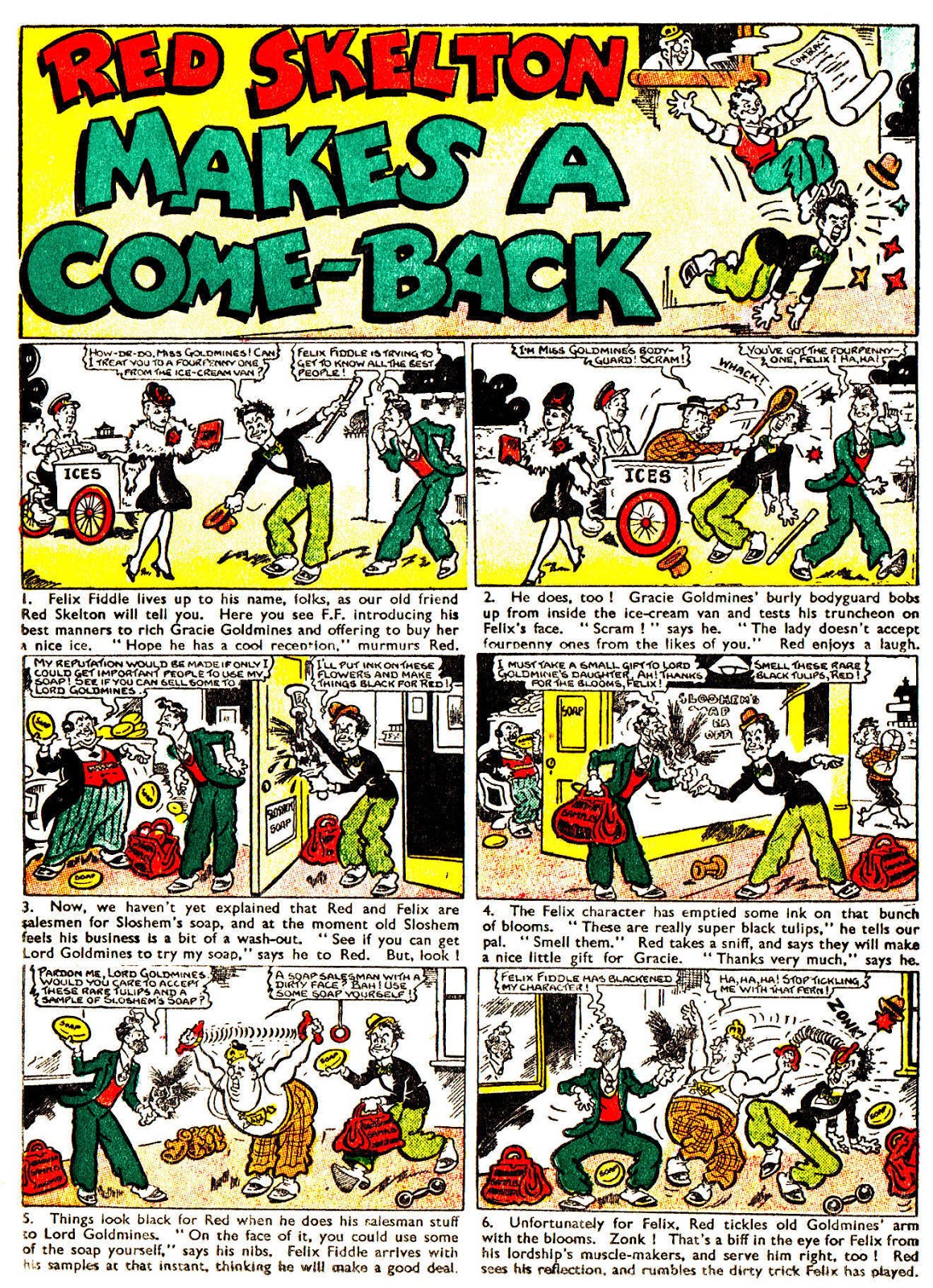 English comic books had a long tradition of giving film comedians, going all the way back at least as far as Chaplin, their own popular but supremely unfunny comic strips. The tradition included many British comics but also international favorites such as, here in these two examples, a pretty unrecognizable Red Skelton. 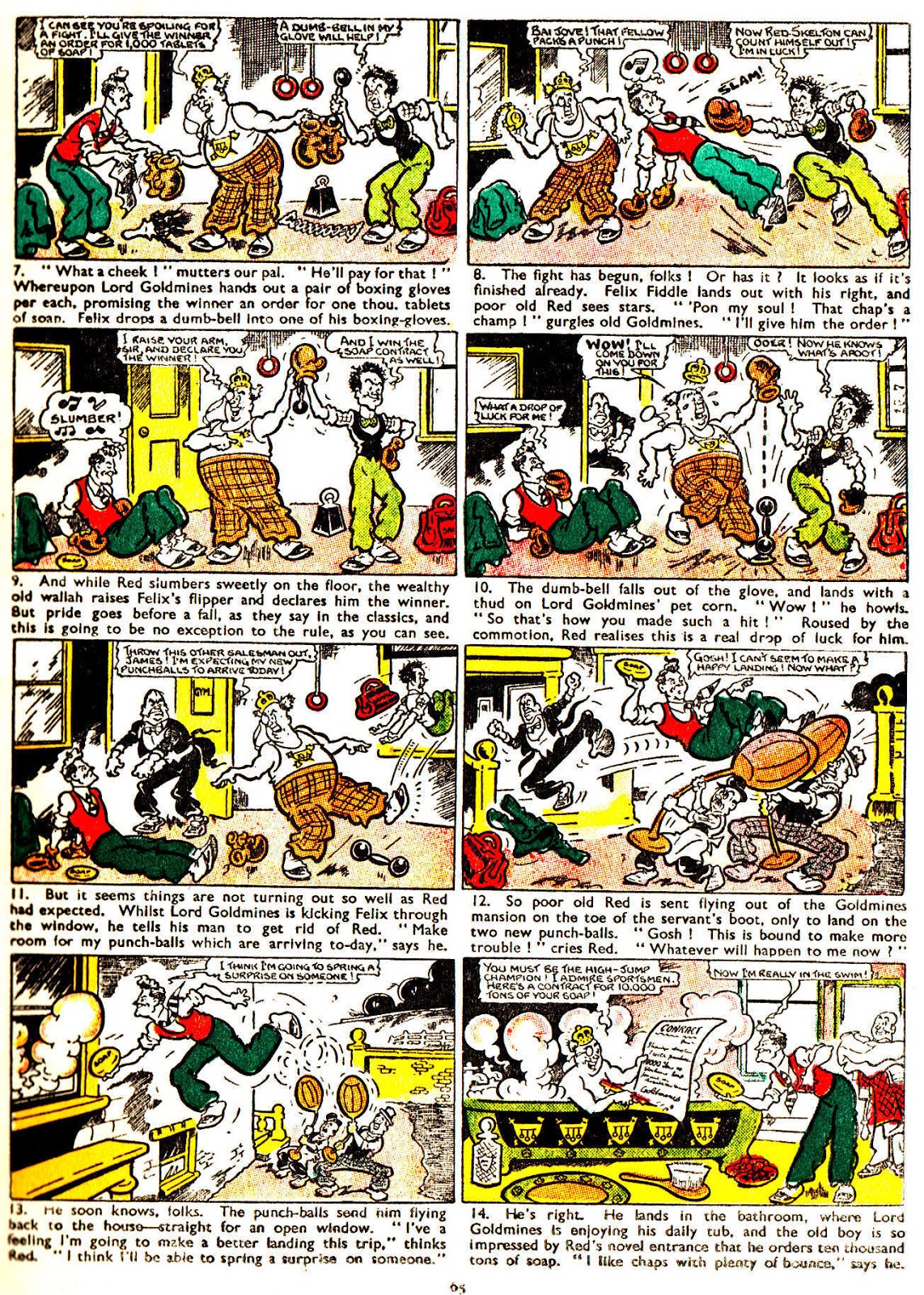 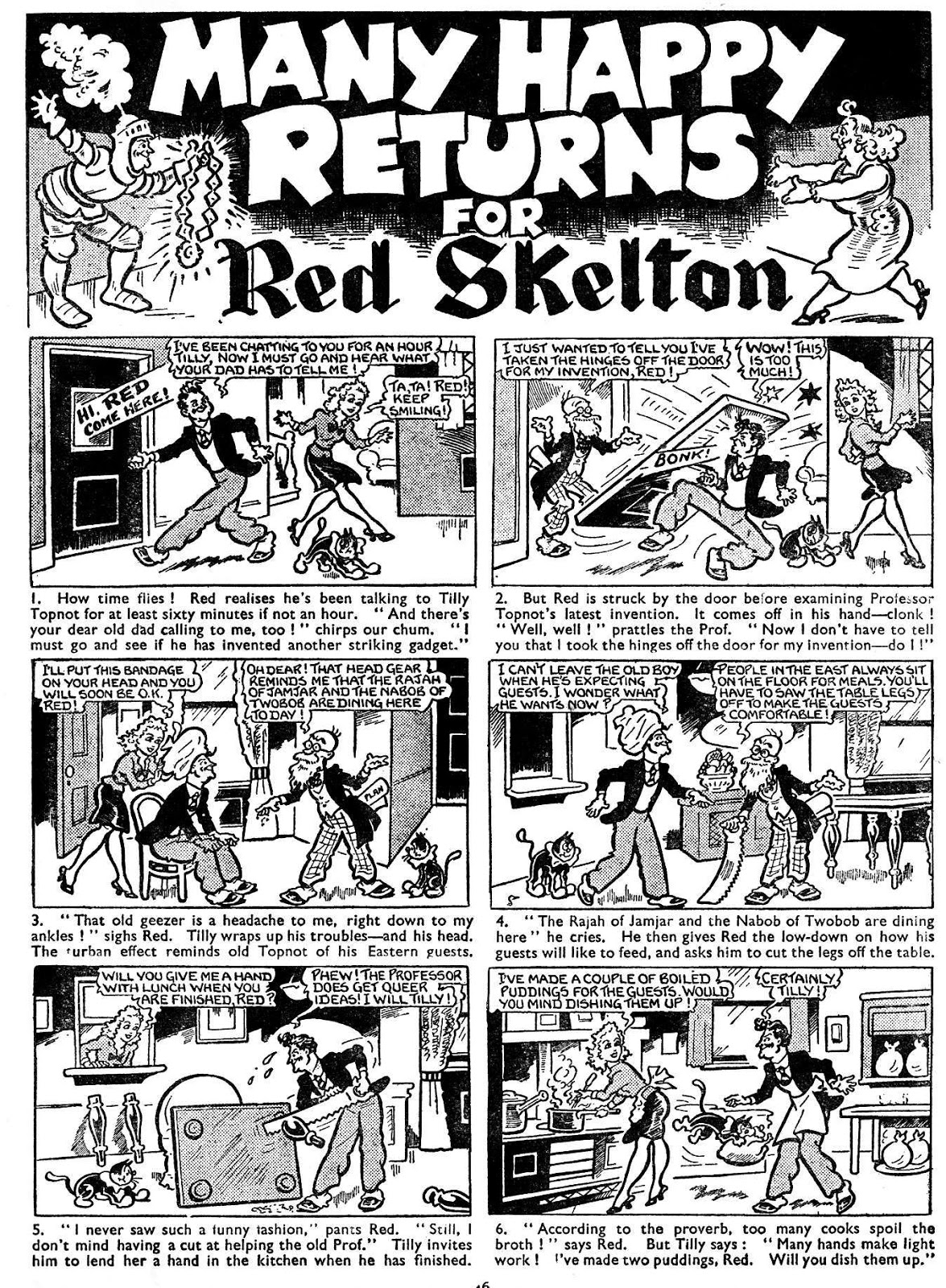 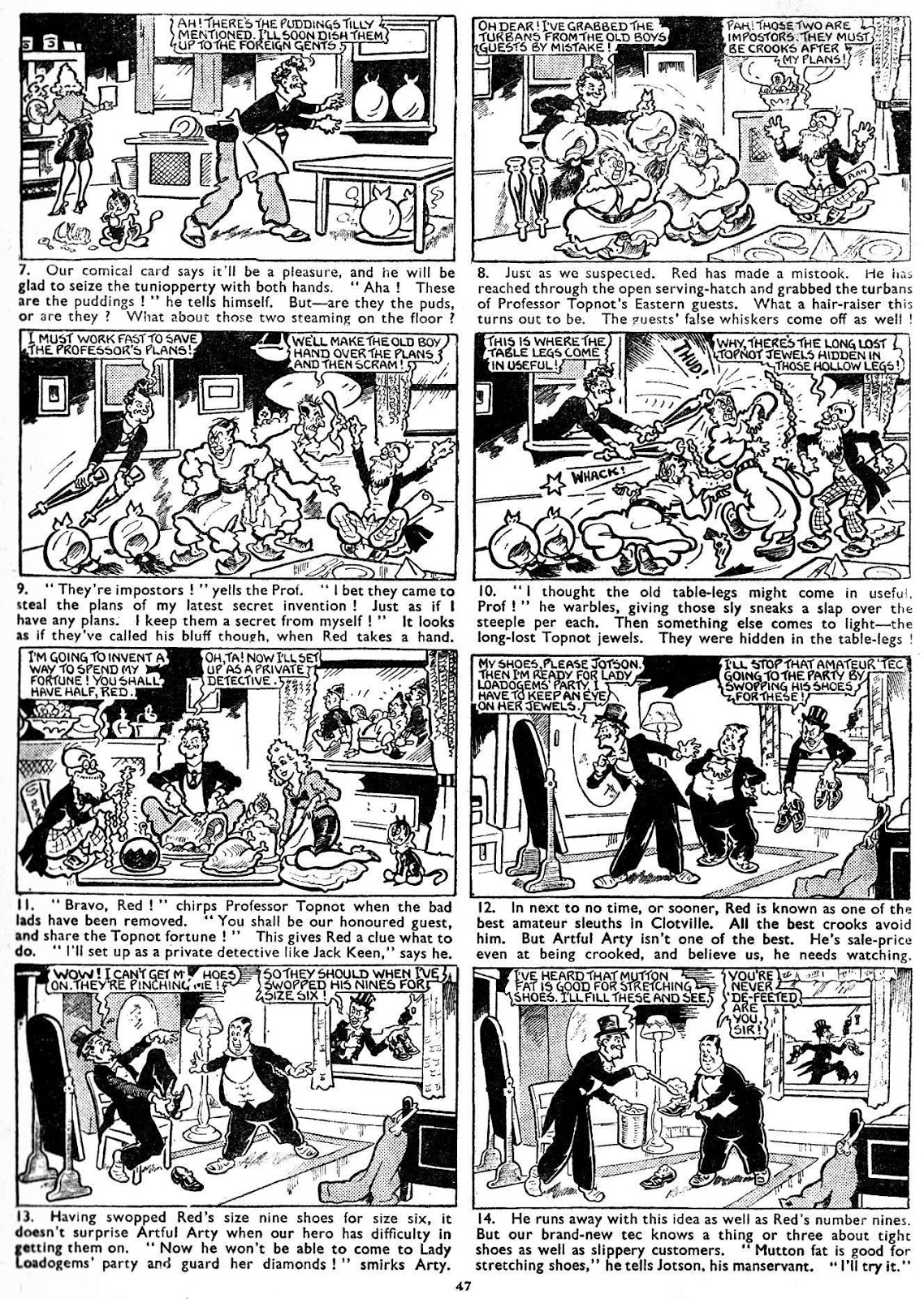 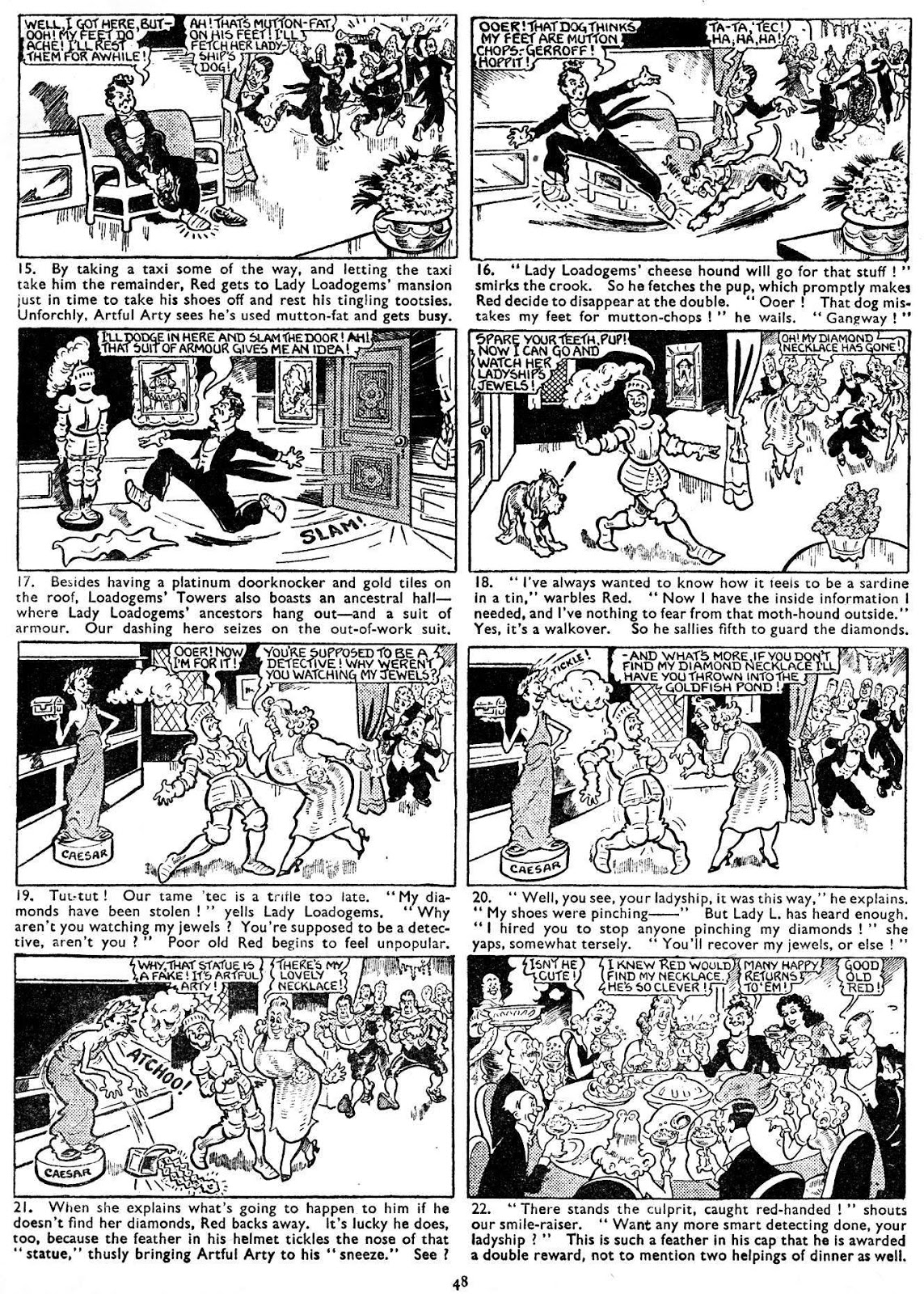 It's worth asking whether these things are comic books. If they are, then The Penguin History of Comics was right to claim the invention of the comic book for Britain. And there is at least a strong formal similarity between these things and the first American comic books. But I don't think that these can claim to be comic books any more than can the typical children's book.

In any case, whatever these are, your phrase ‘supremely unfunny’ is certainly apt. And I'd say that it was apt for most of the British attempts at humor, into and beyond my childhood, in things that I'd unreservedly admit to be comic books. Meanwhile, the adventure and crime fiction in British comic books during that same span look like a Hell of a lot of [obsenity] Judge Parker to me.

This format, with typeset captions repeating what's obvious from the dialogue and pictures, does indeed date back to the dawn of comics. The remarkable thing is that this example dates from the 1950s! By that time everyone on both sides of the Atlantic had figured out how comic books worked. This strip was surely a dinosaur in 1957.