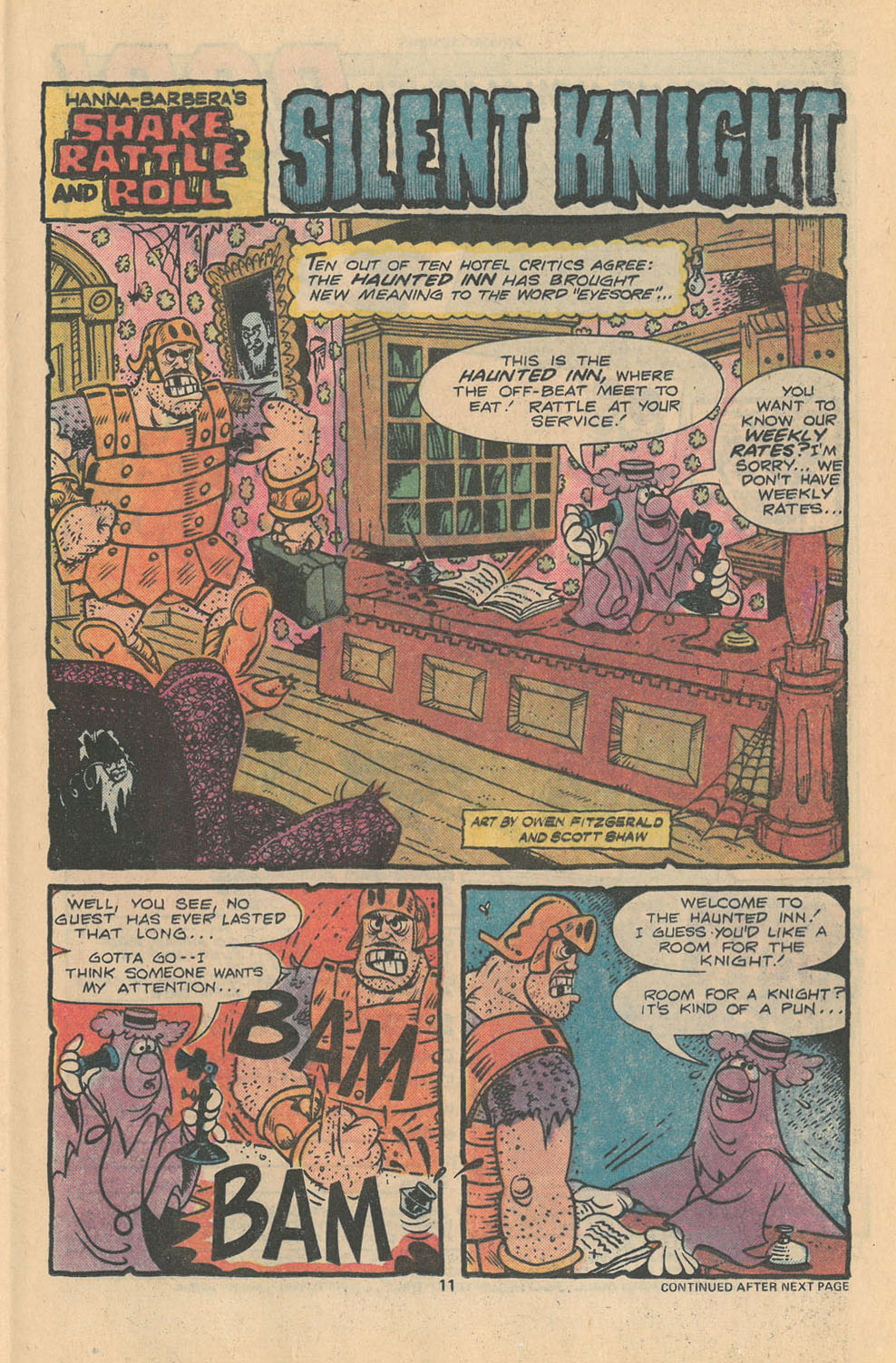 Here's some late comic book work from legendary humor penciler Owen Fitzgerald and some early comic book work from now EQUALLY legendary humor artist Scott! Shaw, (who, as I write this, has been appearing as a character in DICK TRACY!). He isn't credited but Mark Evanier wrote it. I don't recall the characters at all but Wikipedia does---Shake (voiced by Paul Winchell), Rattle (voiced by Lennie Weinrib), and Roll (voiced by Joe E. Ross) are three ghosts who run a hotel for ghosts and other supernatural creatures. 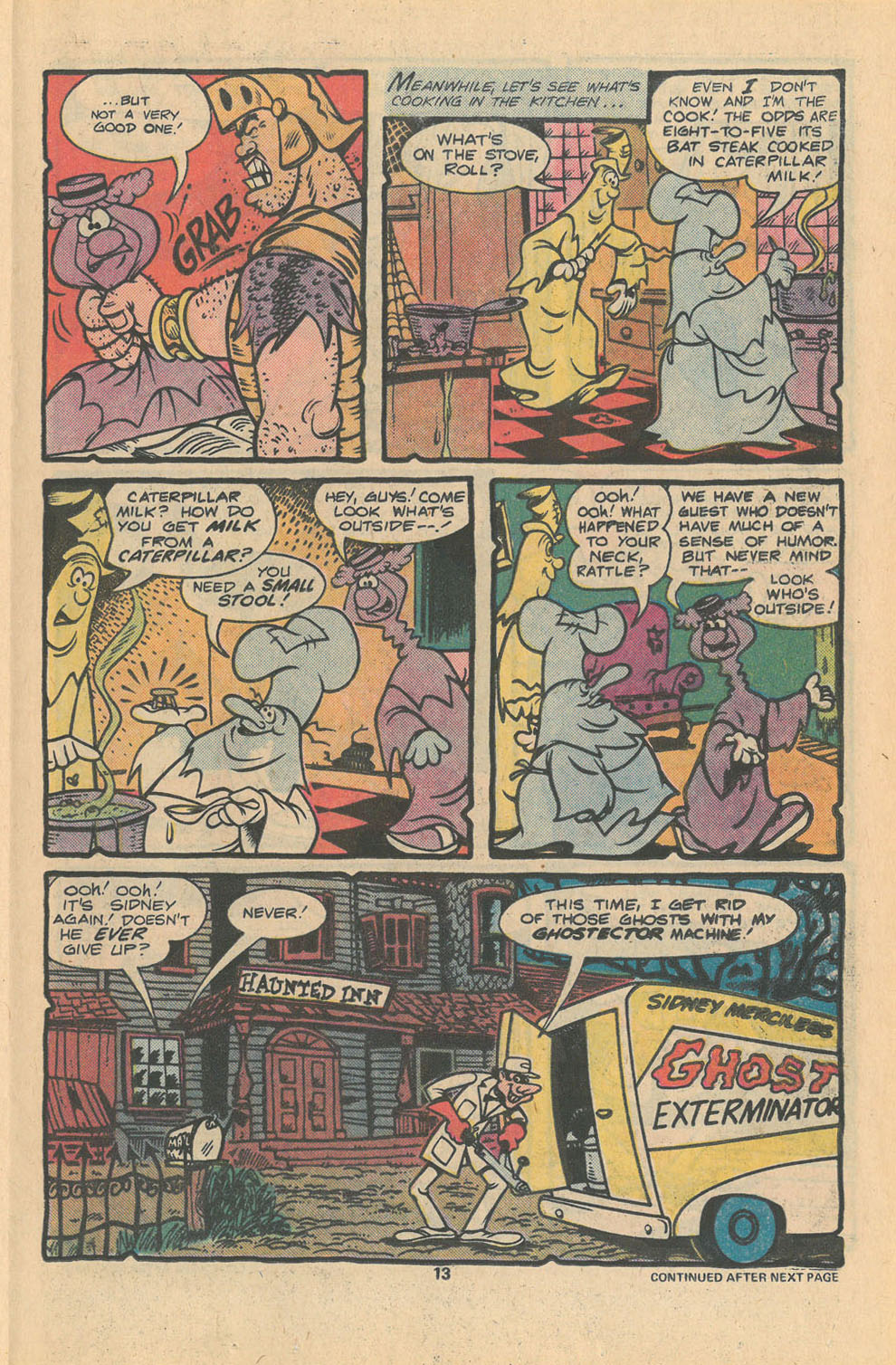 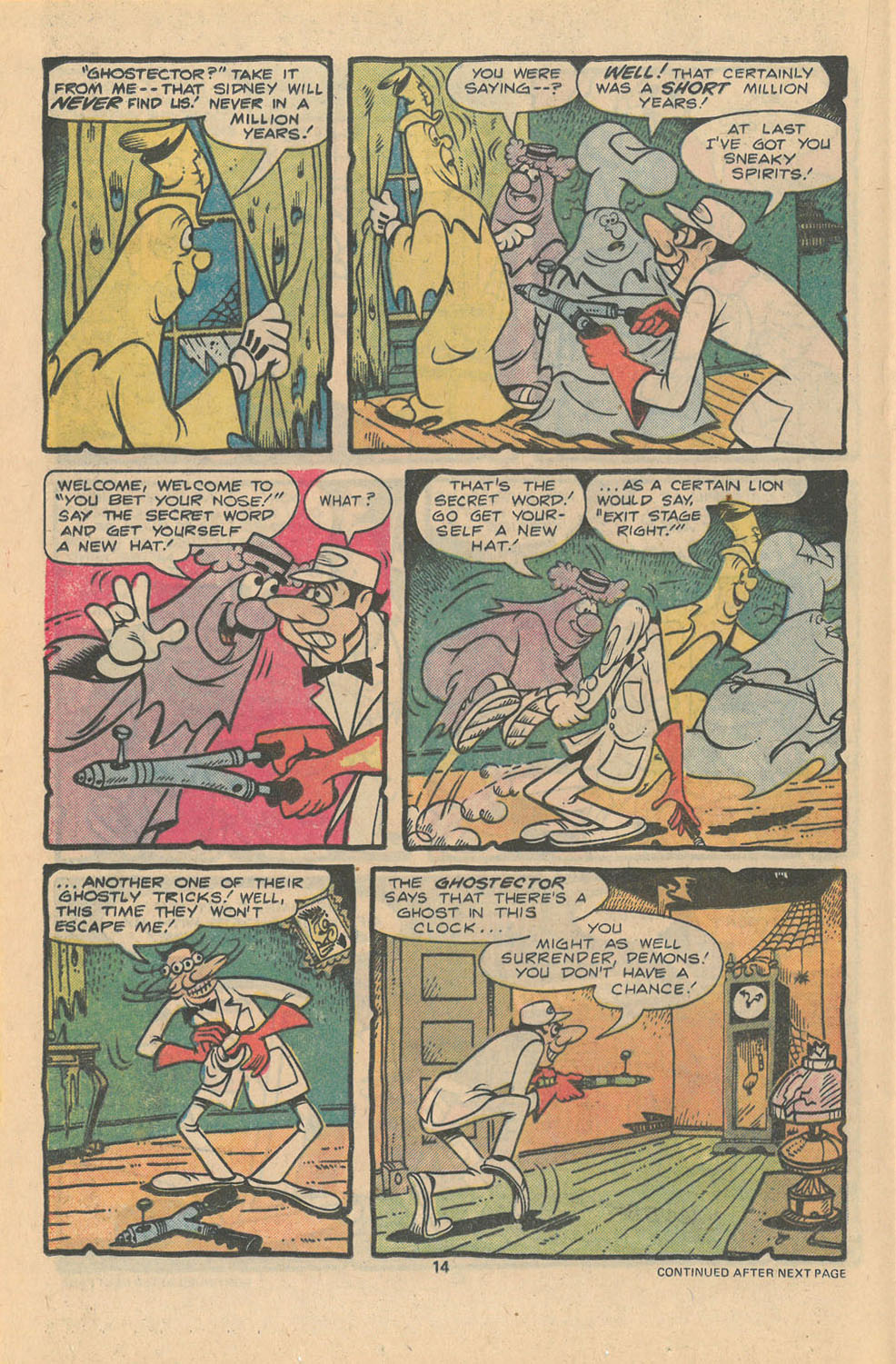 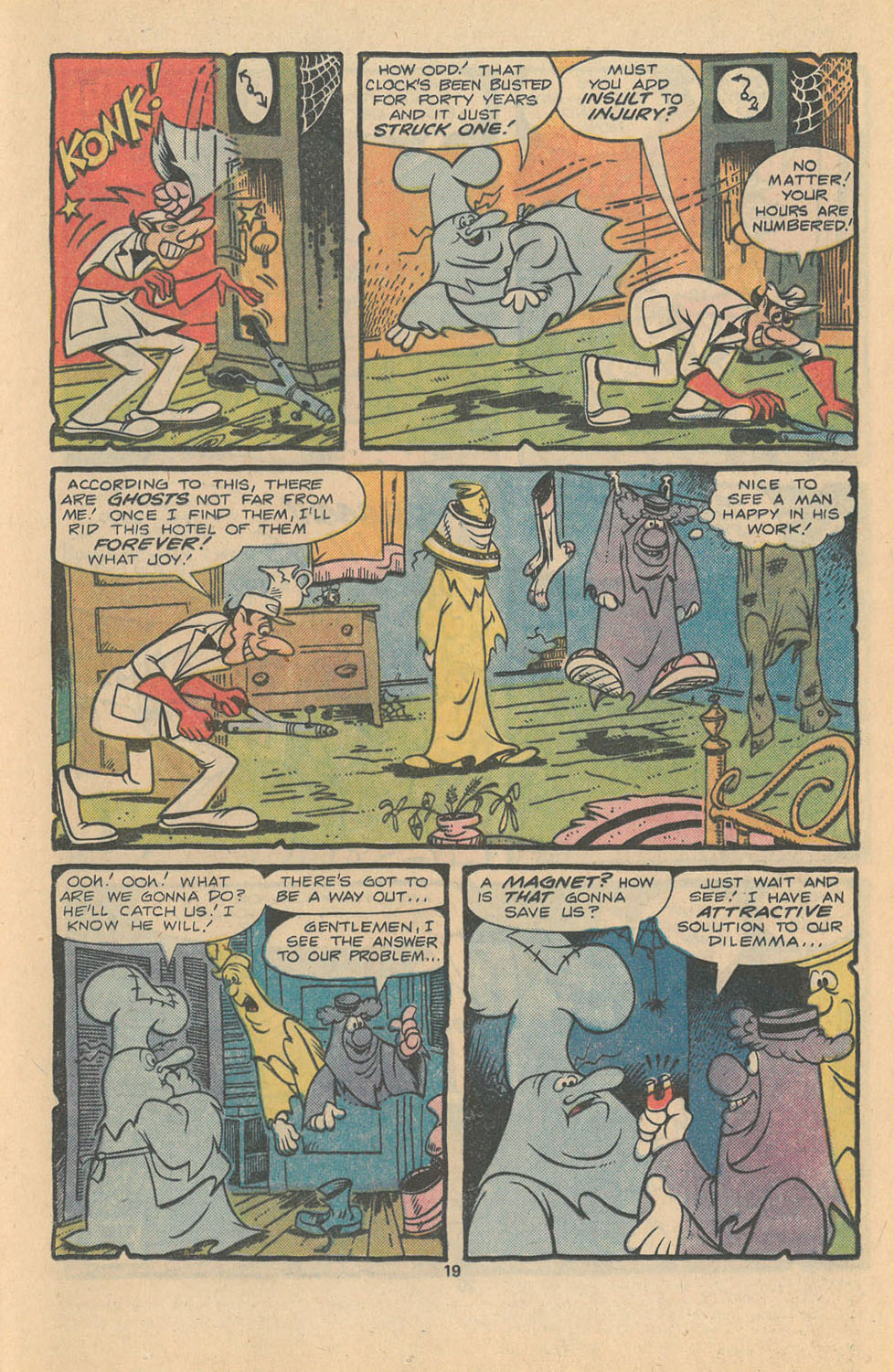 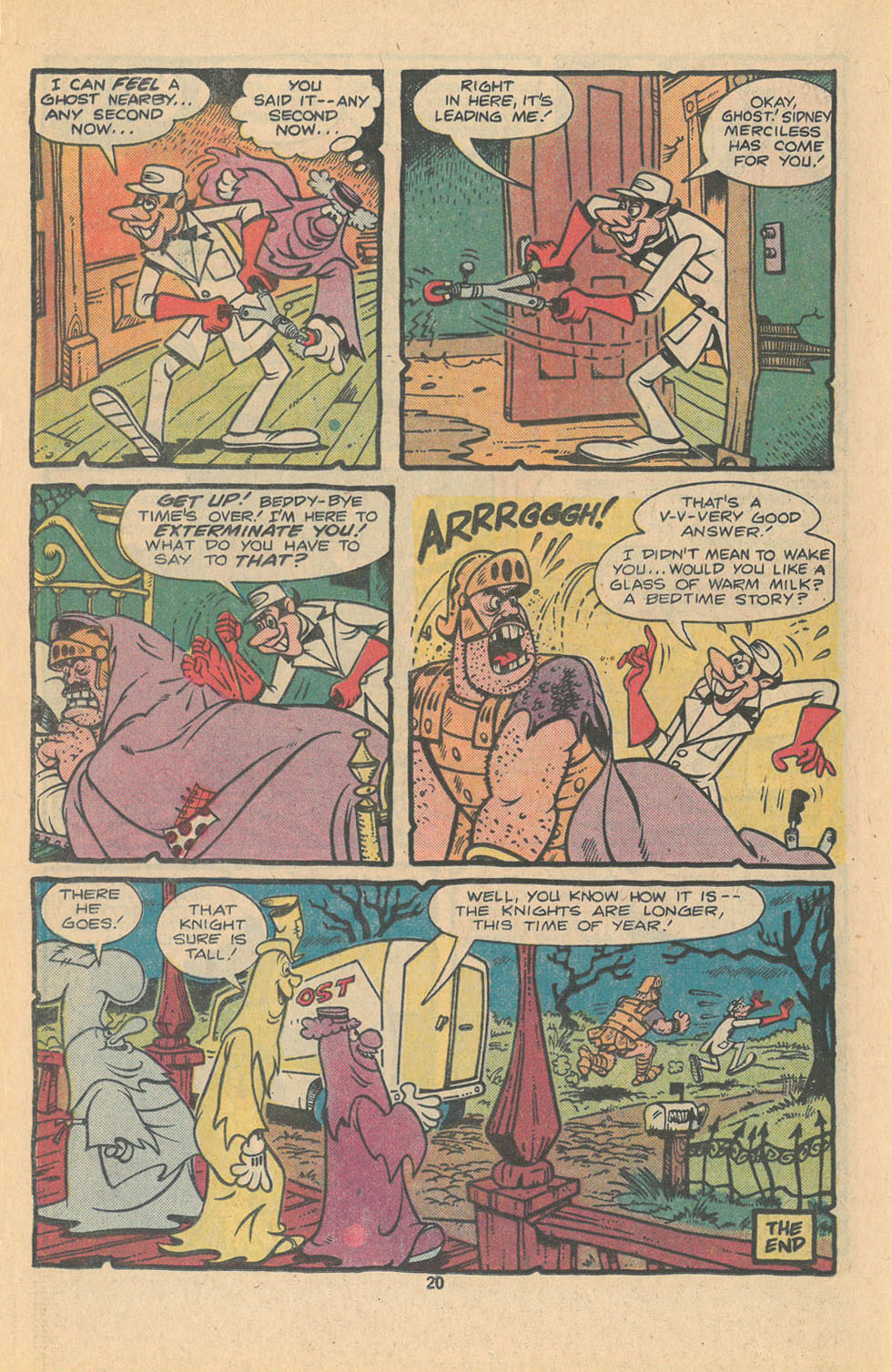