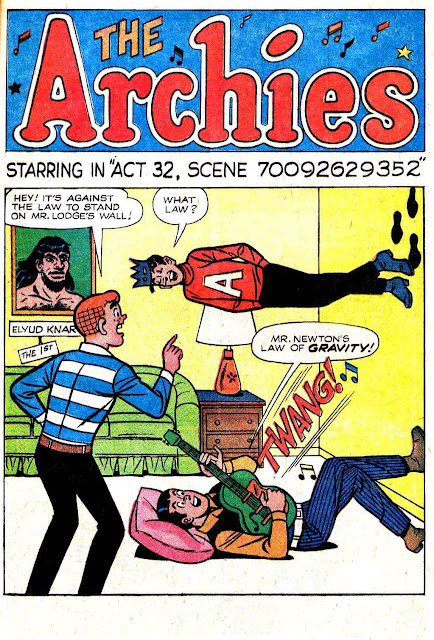 Considering when this story originally appeared and the fact it's billed as "The Archies" rather than just Archie, Id have to say the surreal humor of the piece is an attempt at duplicating the style of the Monkees TV show. This would have been around the time former Monkees producer Don Kirshner was brought on board to promote the unreal Archies band in connection with the then-upcoming Filmation animated series. 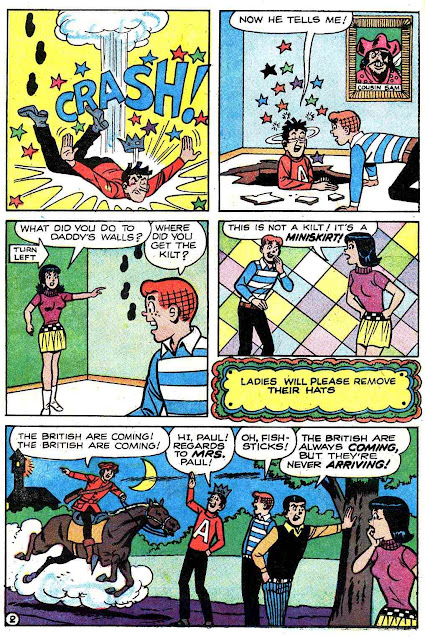 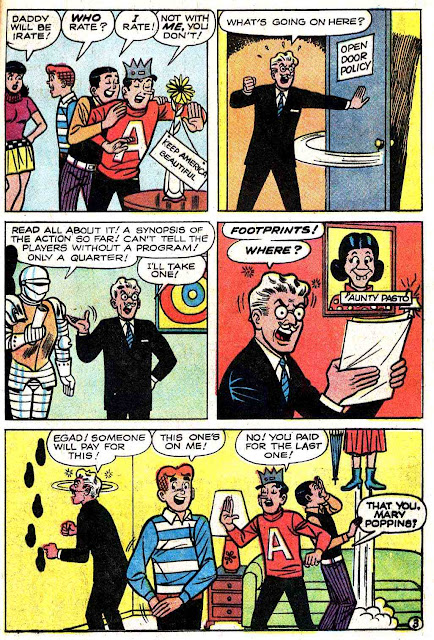 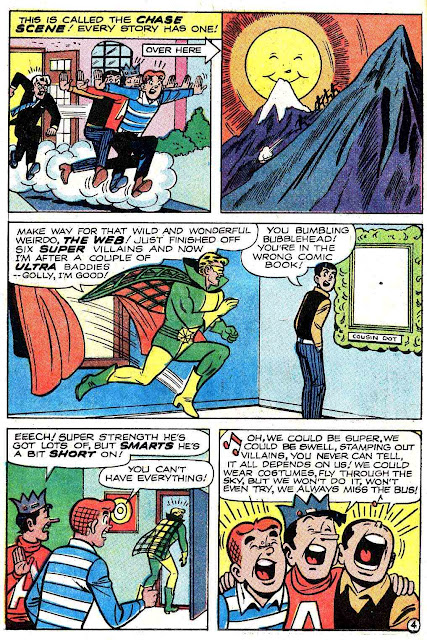 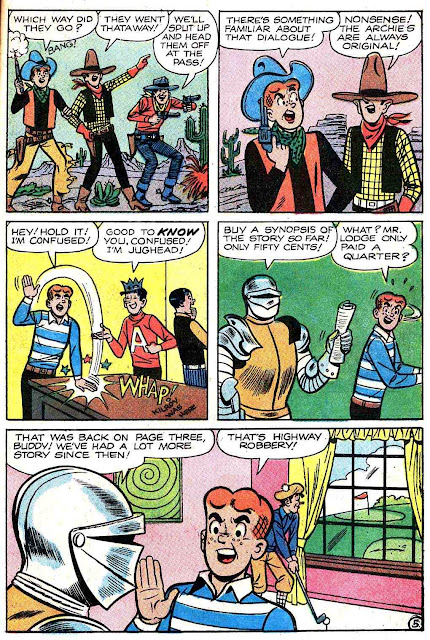 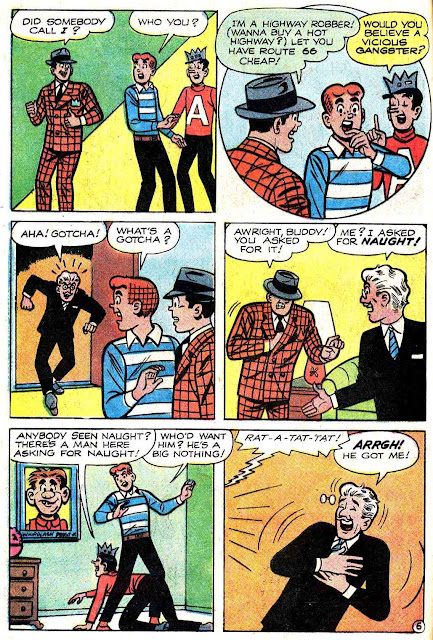 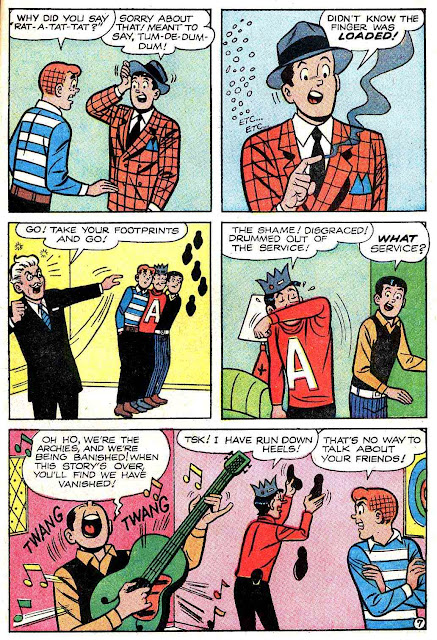 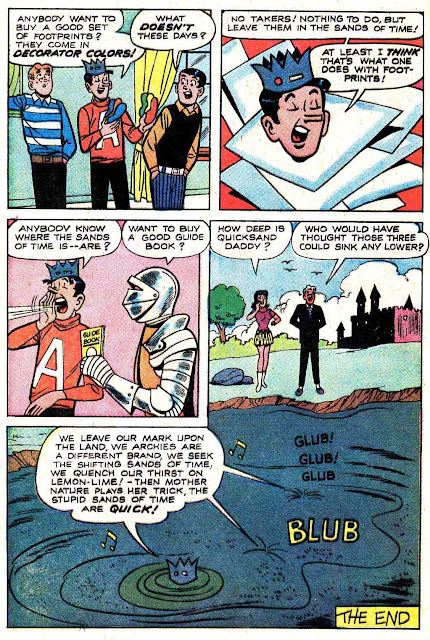 Posted by Booksteve at 8:21 AM