Pact With The Devil-Jack Cole-1953 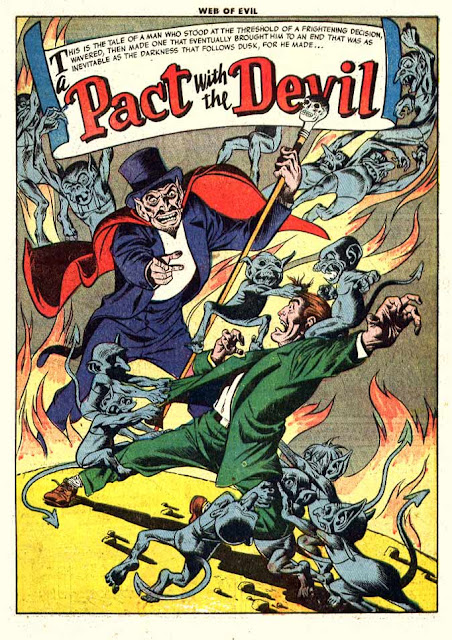 Of those few Golden Age artists who very quickly mastered their craft, Jack Cole was perhaps the first to transcend it. Cole moved into magazine illustration and later became PLAYBOY's first popular panel cartoonist. He later began a reasonably successful newspaper strip which was still running at the time of his suicide. Here's an amazing of Cole's later comic book work, followed by PLAYBOY's obituary for him in 1958. 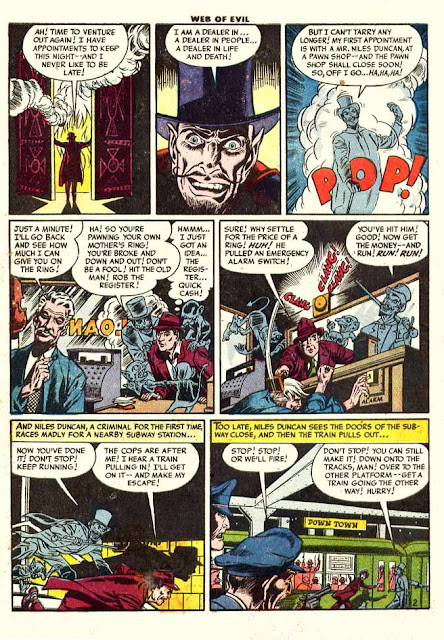 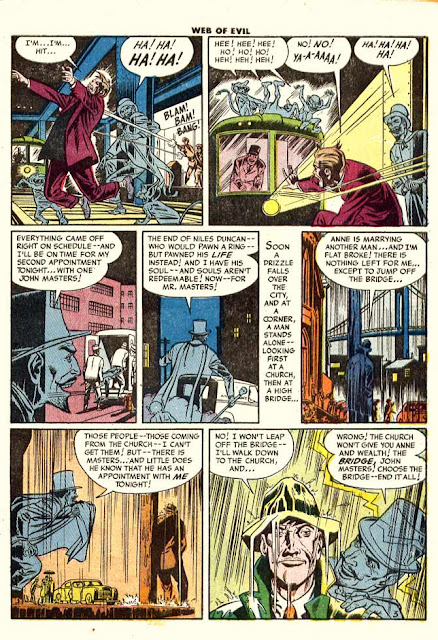 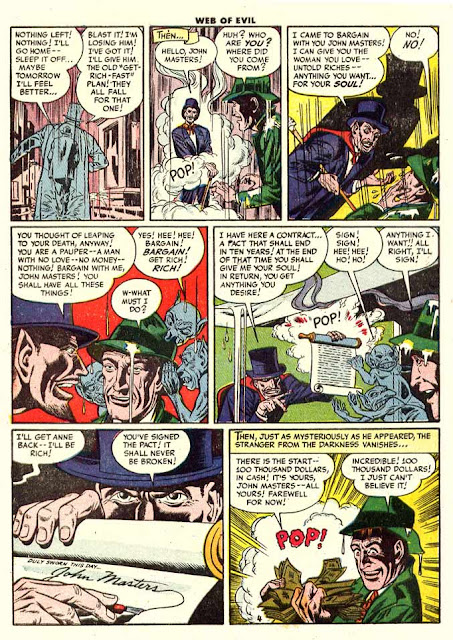 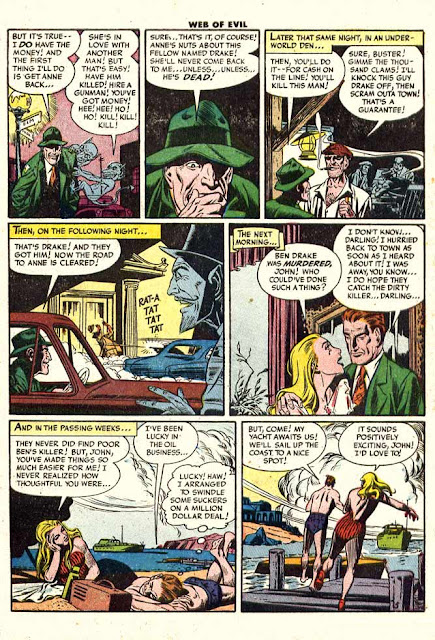 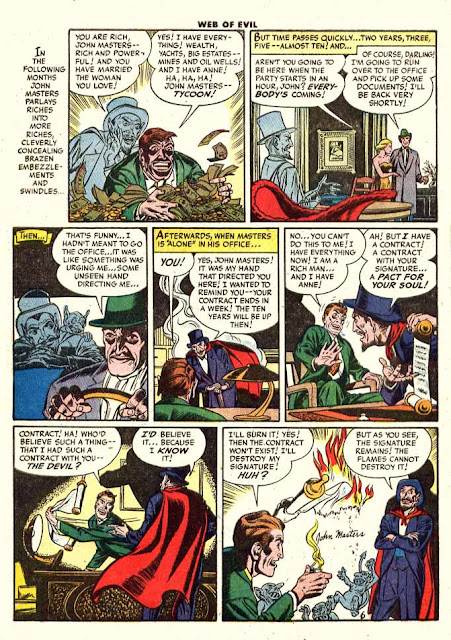 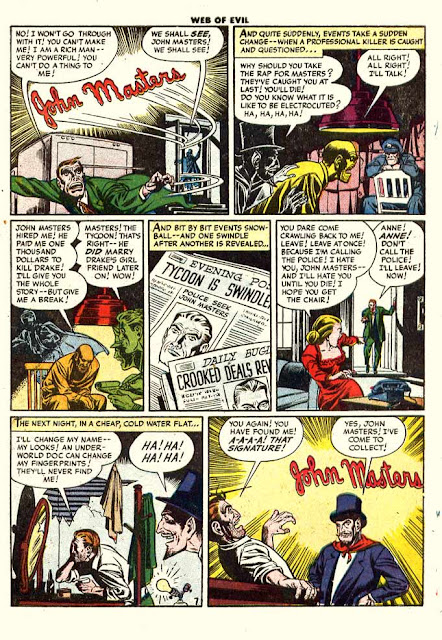 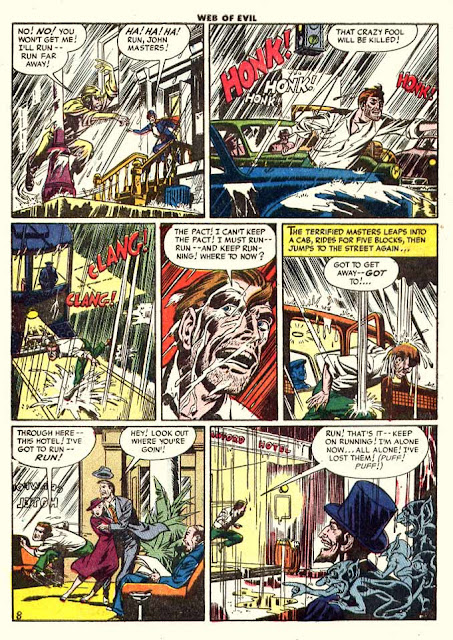 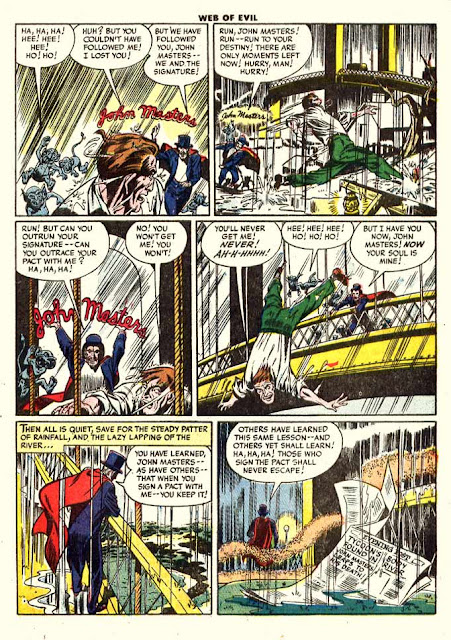