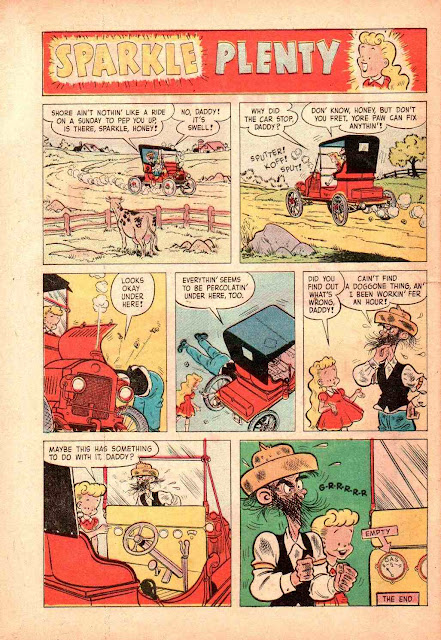 Sparkle Plenty was born to former bad guys turned supporting comedy relief, B.O. Plenty and Gravel Gertie in a 1947 DICK TRACY strip. UNlike today, comic strips were actually big news in those days and baby Sparkle caught the public's imagination like wildfire! Soon enough, one of the first pop culture merchandising blitzes had Sparkle Plenty merchandise everywhere. When Harvey Comics picked up the DT title from Dell, they began running all-new one-page SPARKLE PLENTY strips. Who drew them? Well, the only thing we can be sure of, I guess, is that it wasn't Chester Gould. Still, some fun stuff and a nice approximation of his style. 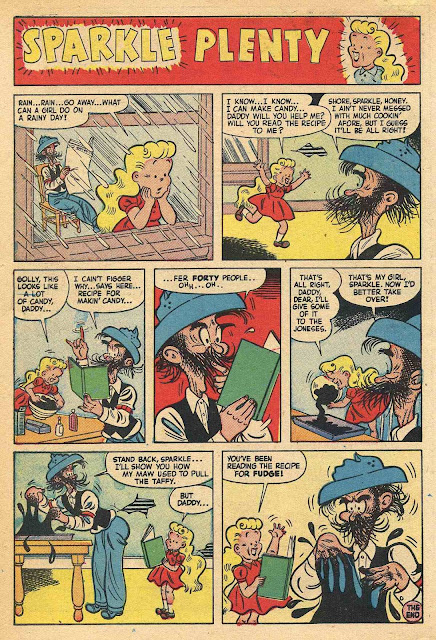 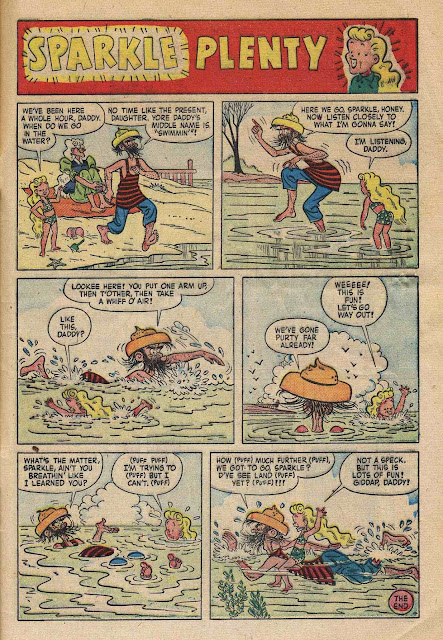 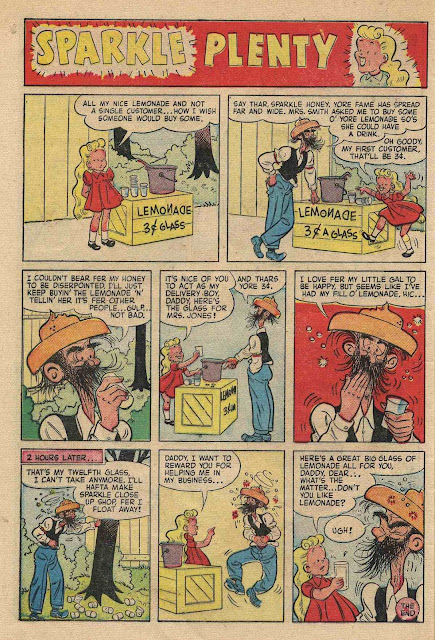 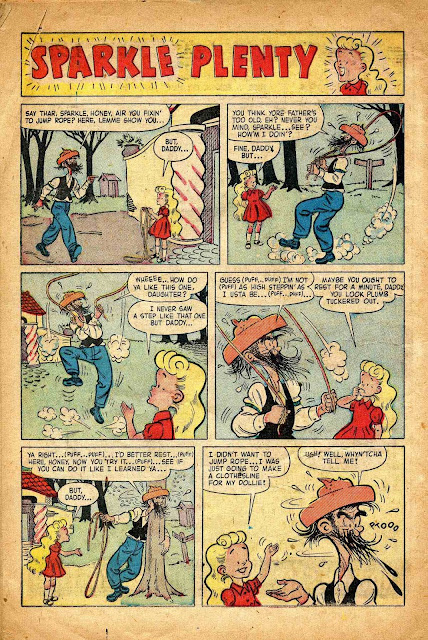 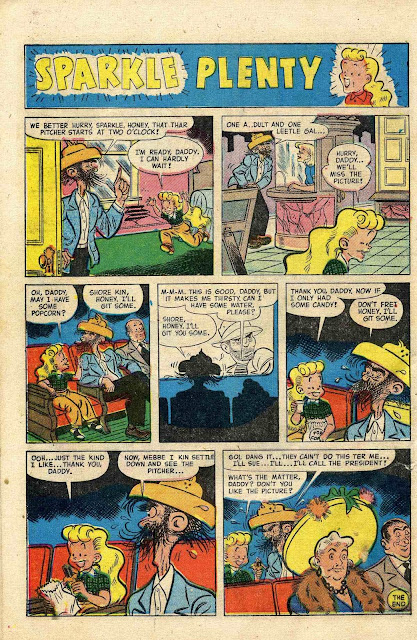 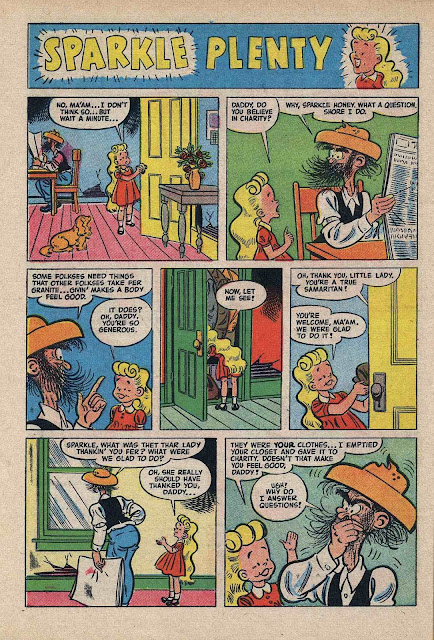 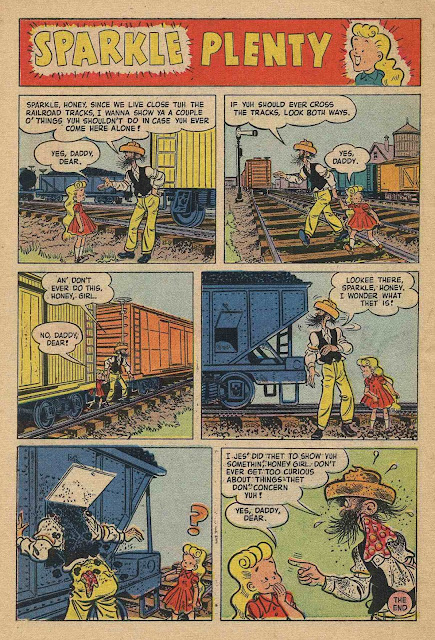 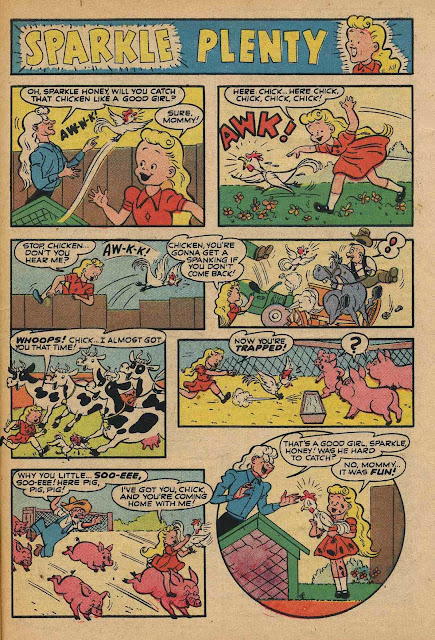