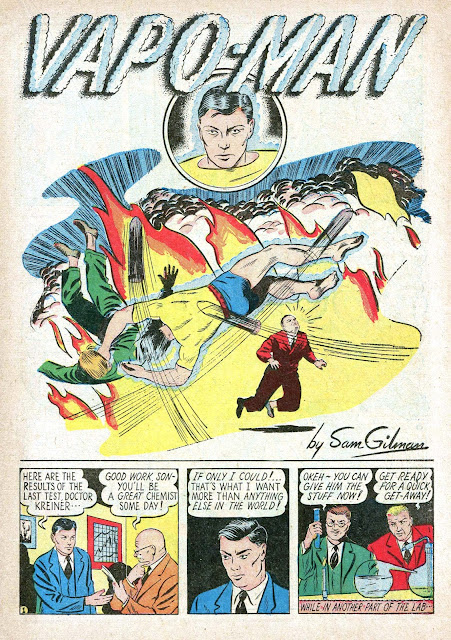 Similar to Bill Everett's HydroMan only with gas instead of liquid, VAPO-MAN was pretty much an also-ran in comics. His artist, however, one Sam Gilman would eventually put down his pencils and take up acting. Gilman performed in a number of major motion pictures--quite a few with Brando--and on television for decades beginning in 1950. Perhaps his biggest geek credit is that he played Doc Holliday in the infamous 3rd season STAR TREK episode, SPECTRE OF THE GUN. 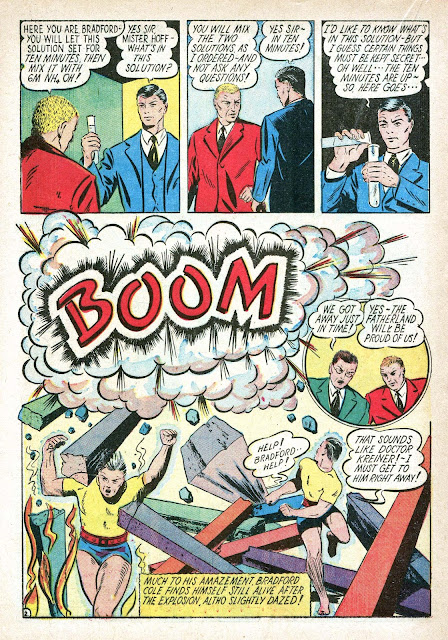 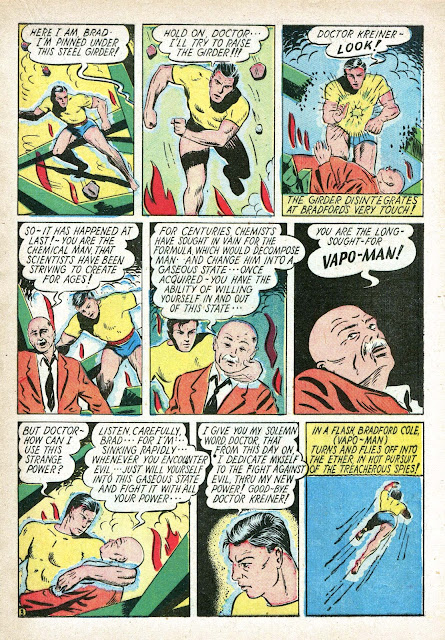 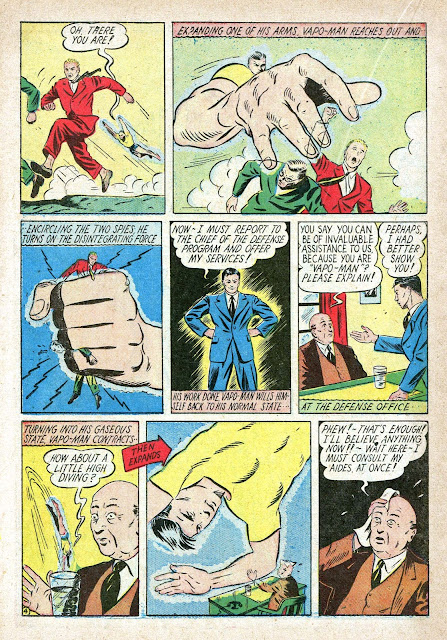 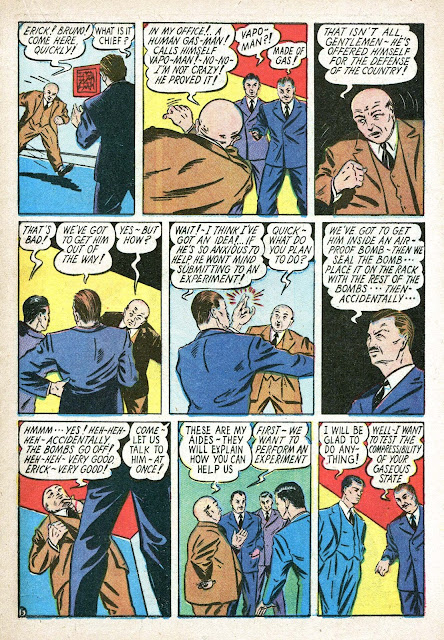 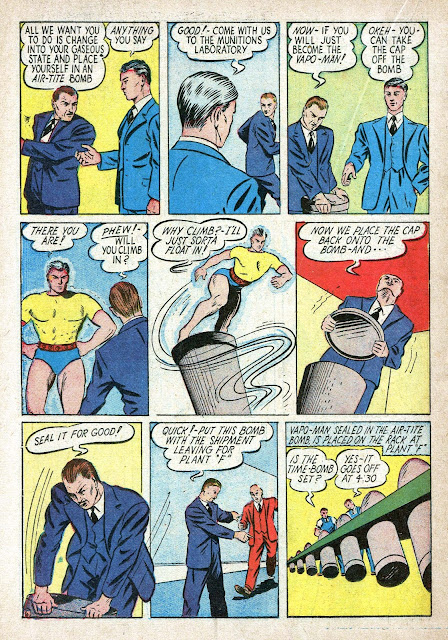 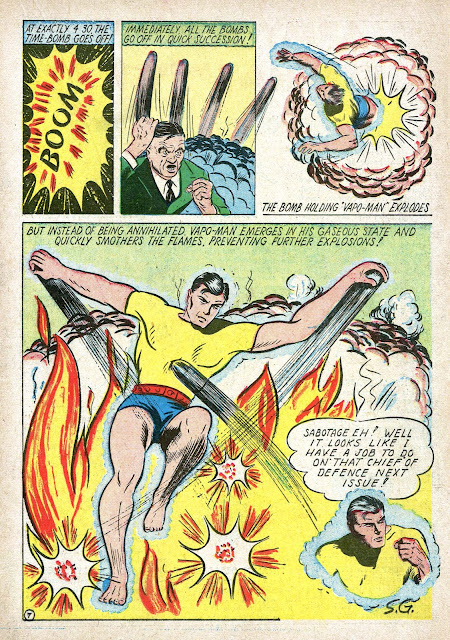 I'm a bit surprised that Cole was wearing that kinky outfit under his suit. I'd say that it happened to wrok well as a superhero costume, except that, well, it didn't.