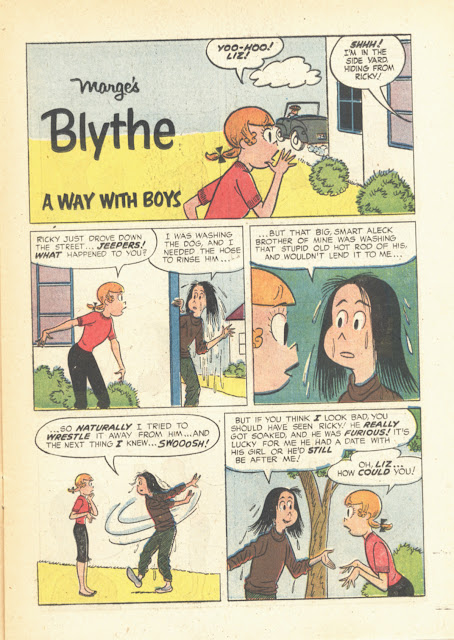 BLYTHE was apparently created by Marge (Marjorie Henderson Buell) of LITTLE LULU fame. The problem is, of course, that Buell never actually did Lulu in the comic books. That was mostly John Stanley for many years. So to say this is from the people who brought you LITTLE LULU is a bit off...especially when Stanley himself denied in later interviews that he had anything to with BLYTHE. All of that said, though, it is similar art and a fun strip nonetheless. 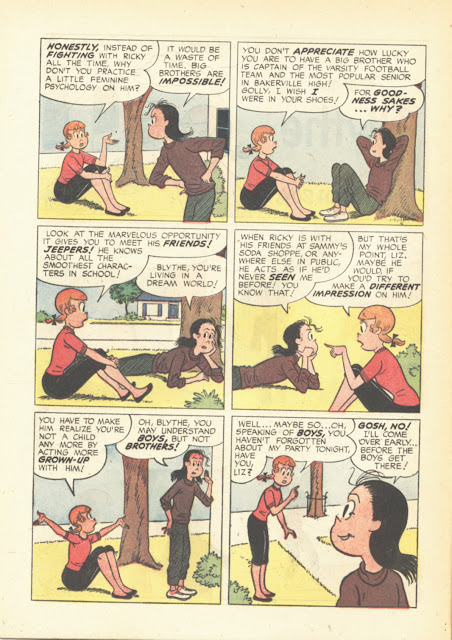 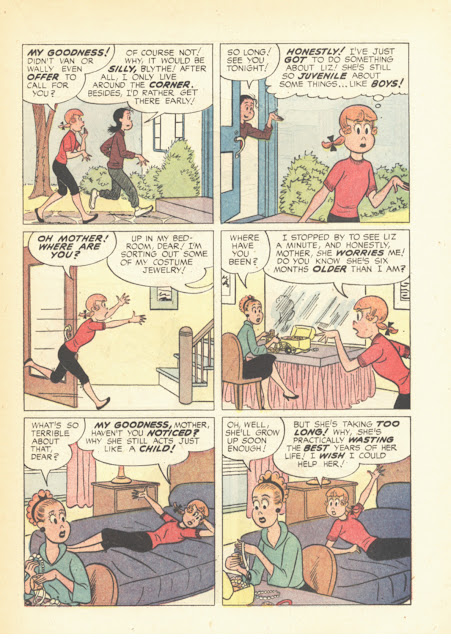 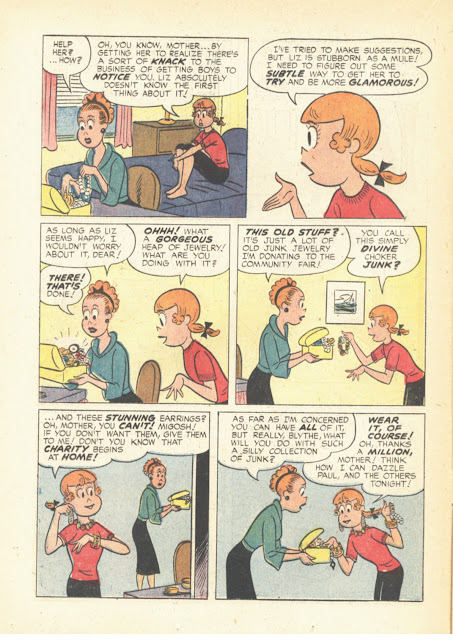 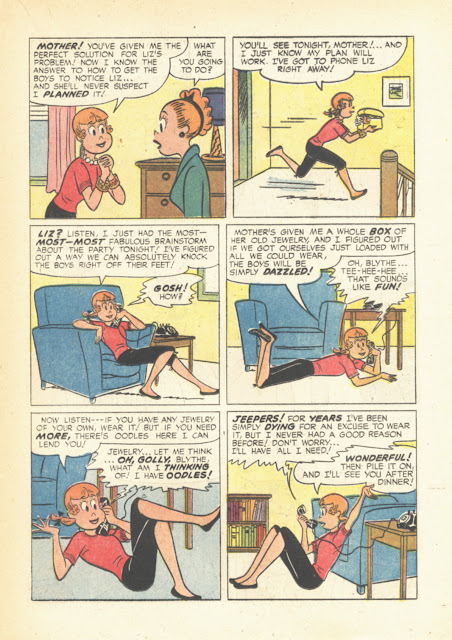 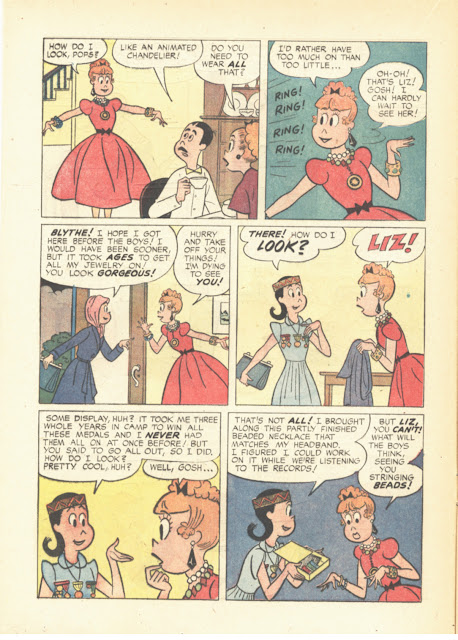 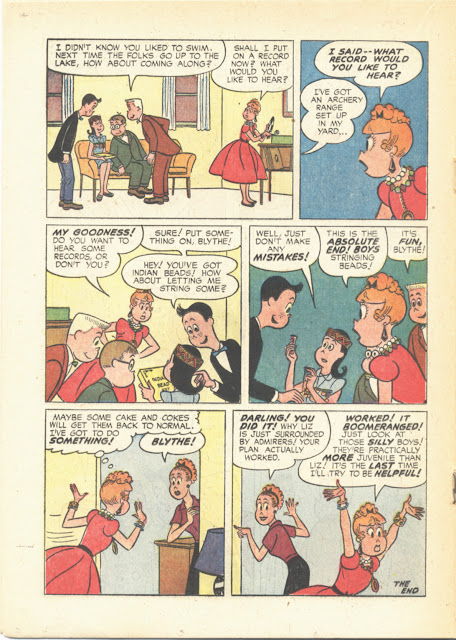