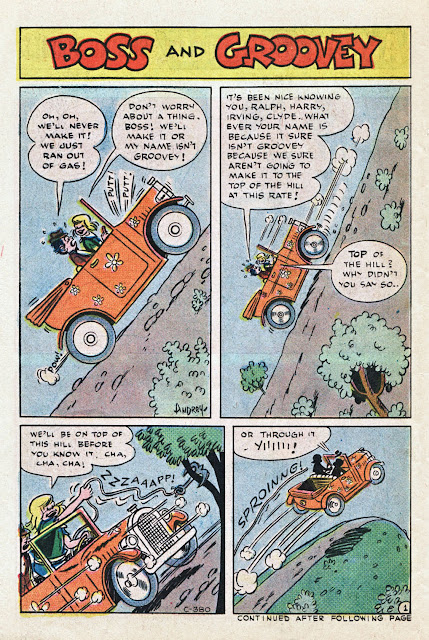 I kind of like the almost underground feel of this odd little Charlton back-up from the hippie days. At the risk of sounding like an old fogey, I can't tell if the long-haired blond(e?) is supposed to be a guy or a girl. Kind of works either way, I guess. This was probably written by an old fogey, actually, as "boss" was no longer a popular term by 1969 and "Groovy" was most often spelled without the "e." The artist on this short-lived feature signed it as "Andrey" and at least one website says "Andrey" was also "Audrey" but who's "Audrey??" Or was that just a mis-reading of the signature? There was an Andrey SHEPPARD who is listed with a tiny bit of art in an eighties indy comic that featured various old-timers. Maybe? 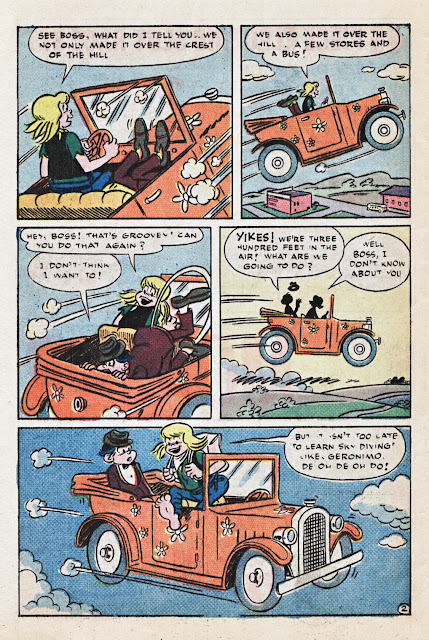 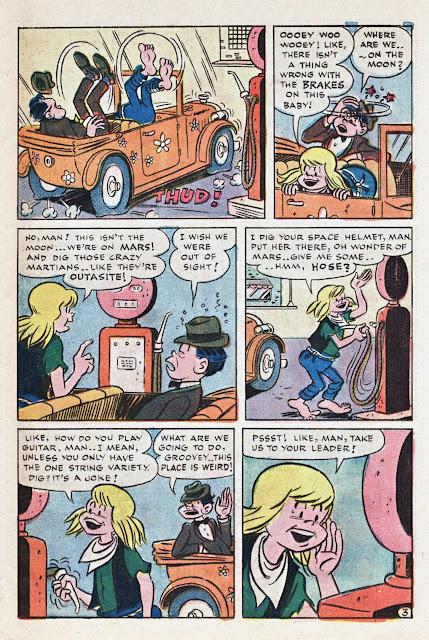 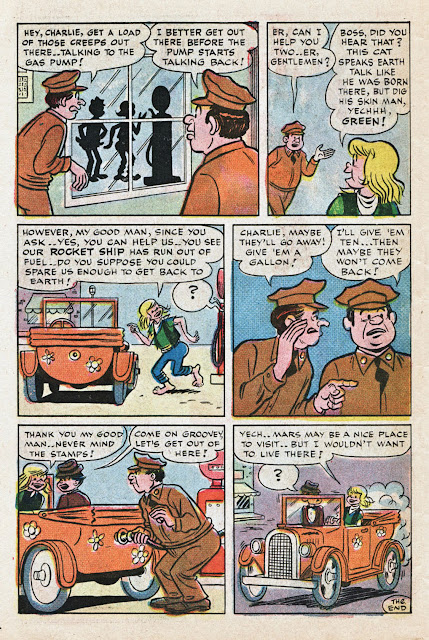 Posted by Booksteve at 1:00 AM