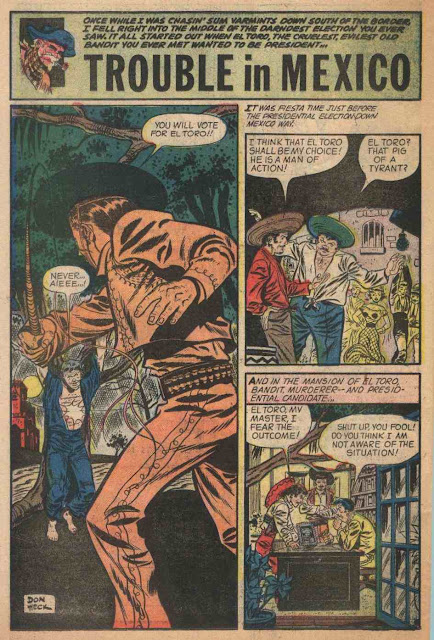 Here we have a violent but well-illustrated pre-Code western from the much-maligned Don Heck. In any fair analysis, it's clear that Heck was quite a capable comic book artist. The perception problems seem to come in later years when his sometimes sketchy work was saddled with unsuitable inkers or deadlines that were too fast for him. Here I think I see some Caniff influence, some Jack Davis and maybe a little Alex Toth. 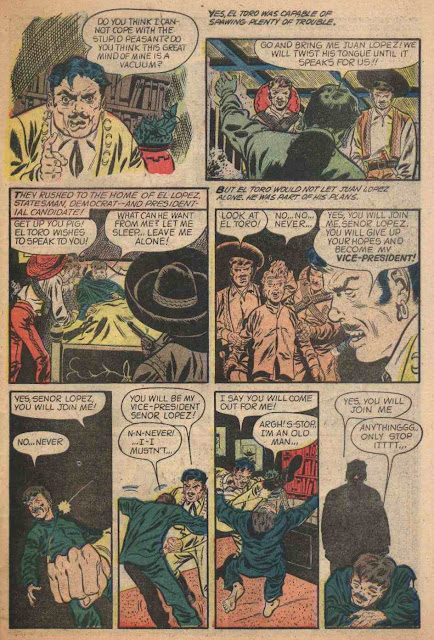 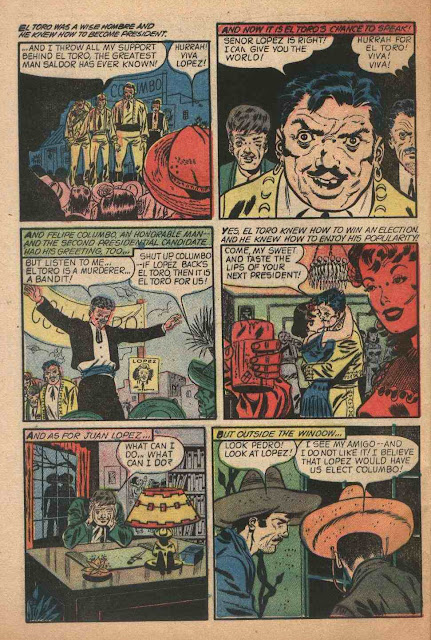 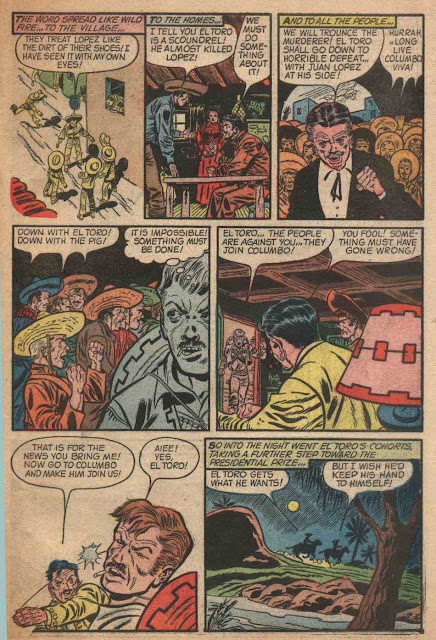 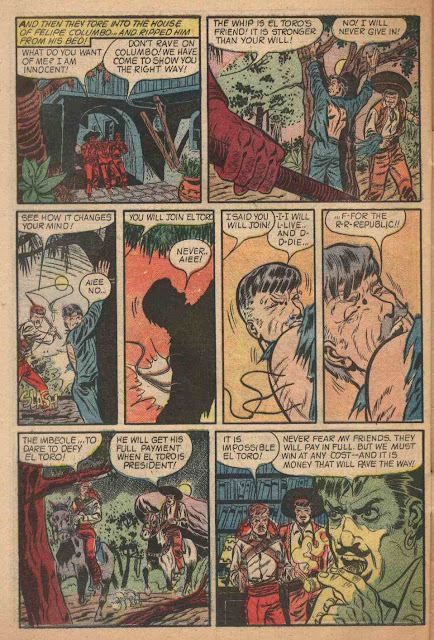 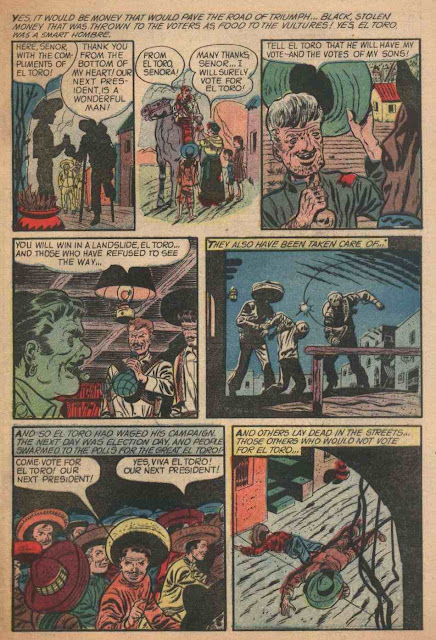 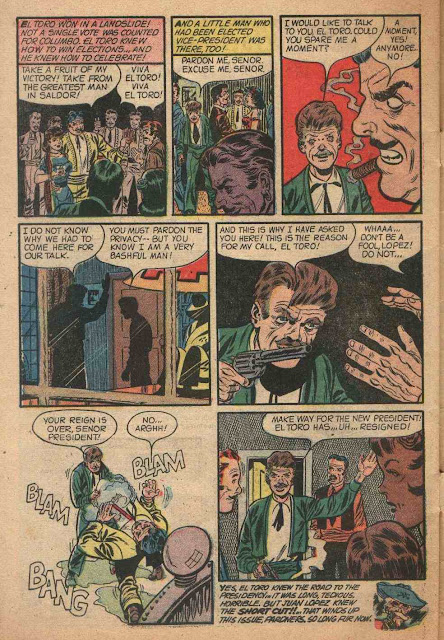