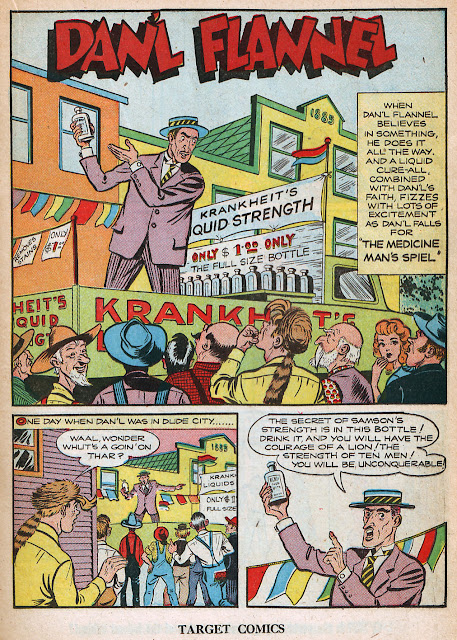 Wearing a coonskin cap long before it was fashionable. Dan'l Flannel's fairly inconsequential but well-drawn tales appeared in the late forties in several different Novelty Press mags. Artist Gus Schrotter had also done  a lot of Timely characters including The Angel and Nellie the Nurse. Later he left comics for the more lucrative field of children's book illustration. 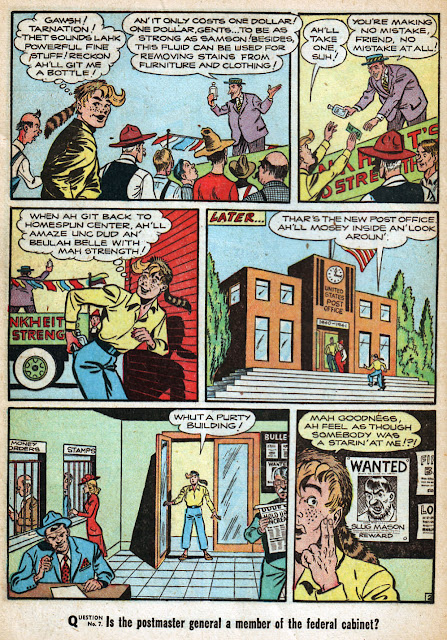 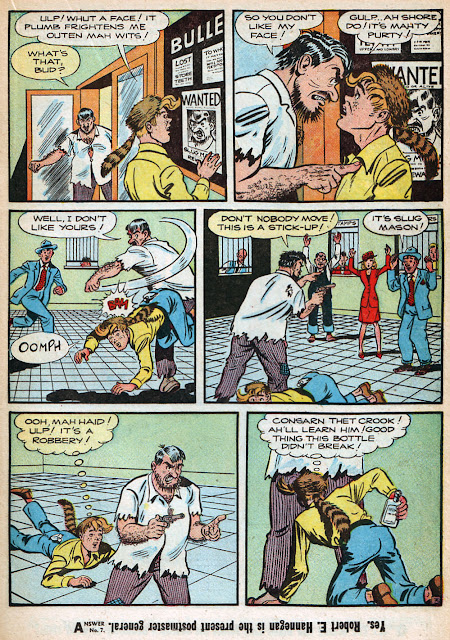 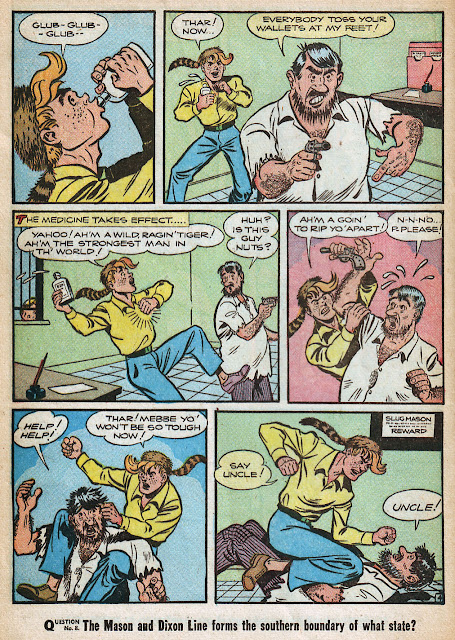 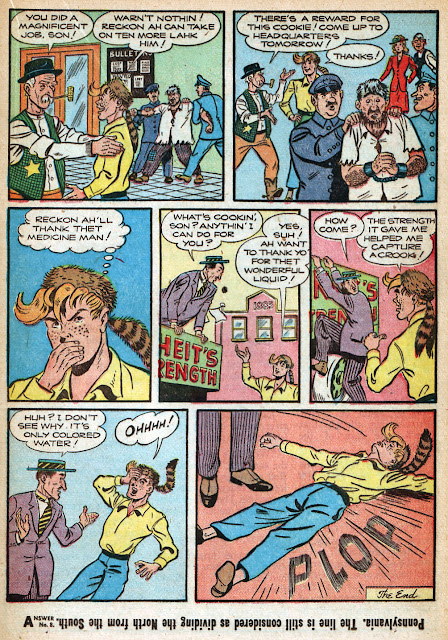 Posted by Booksteve at 5:36 AM

The Stupid Comics blog has another Dan'l Flannel story by another artist:
http://www.misterkitty.org/extras/stupidcovers/stupidcomics114.html
But Schrotter is the better artist in my opinion.