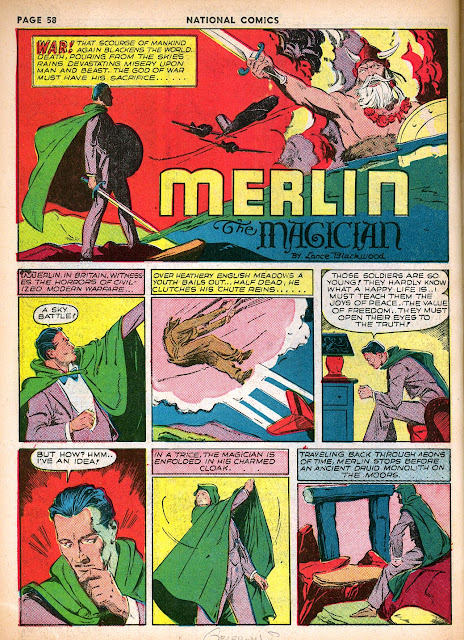 Far from your typical jingoistic wartime propaganda, this odd 1941 story is well drawn by Emil Gershwin (who also did some memorable STARMAN tales for ADVENTURE COMICS). The plot doesn't make a lick of sense and reads more like an anti-war treatise...in spite of the fact that it appeared in NATIONAL COMICS, home of Uncle Sam and one of the biggest US boosters of them all back in its day. 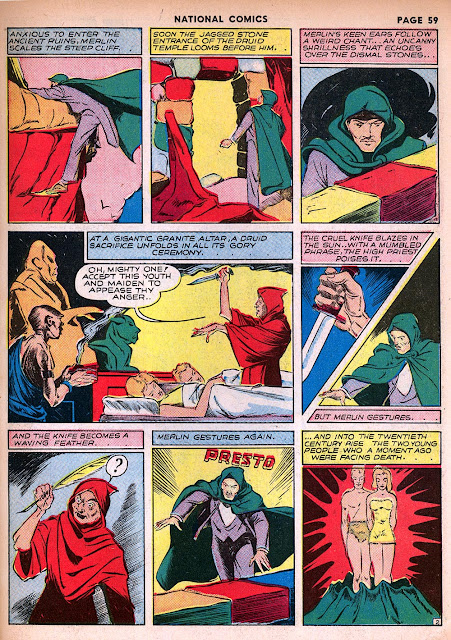 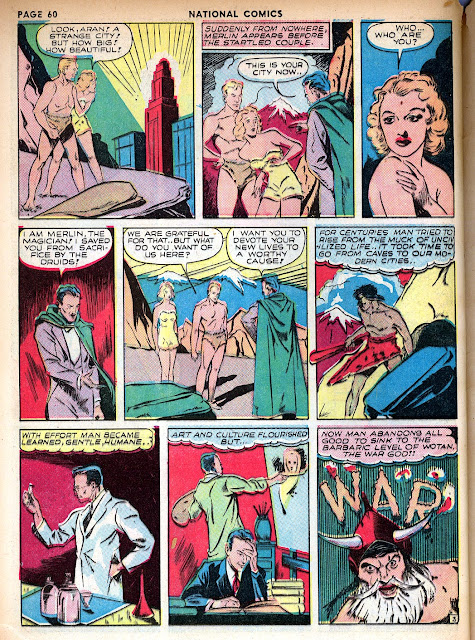 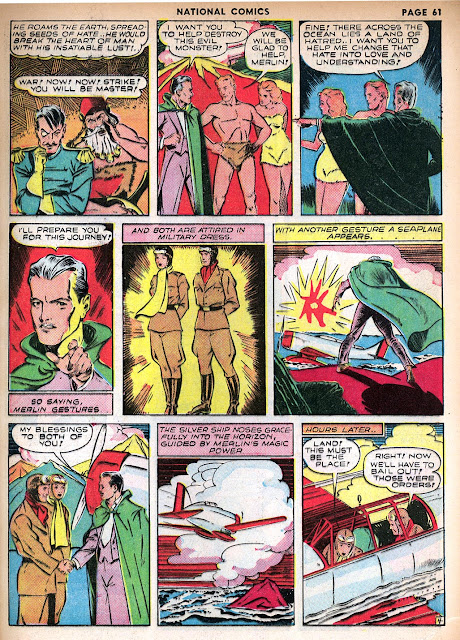 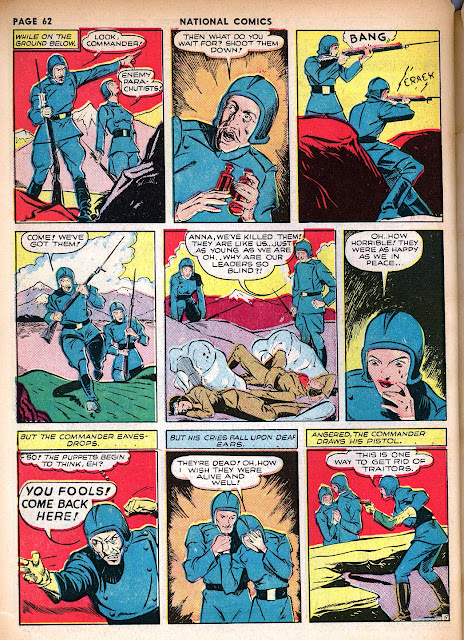 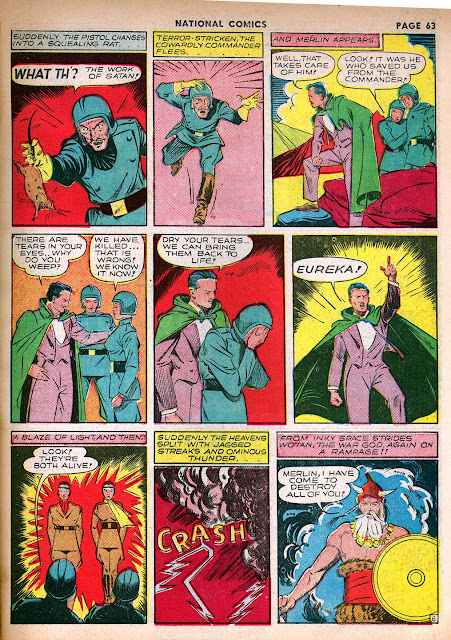 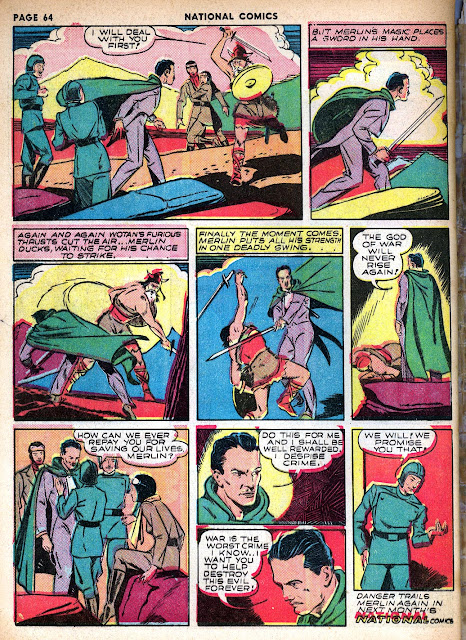