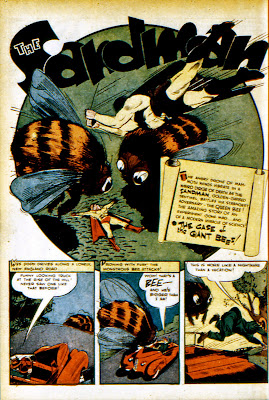 Every real comics fan knows this story. Simon and Kirby leave Timely for National in 1942 and remake Sandman into a more modern superhero, ditching the pulp-inspired suit, hat and gas mask look and adding a young boy sidekick. Even DC, in publicity for the recent collection of Simon and Kirby's SANDMAN, wrote: In the capable hands of Simon and Kirby, the Sandman left behind his trademark green suit, fedora and gas mask to become a brightly costumed adventurer on the trail of crime in the big city with the help of his sidekick, Sandy the Golden Boy.The only problem is...it didn't happen that way at all. In fact, what you see here, cleaned up as well as possible, is the first appearance of the superhero version of Sandman. In the previous issue of ADVENTURE COMICS, he was still gas-masked but now he has a bright costume with a new cape! This even explains exactly where Sandy comes from! GCD (via Jerry Bails) credits legendary SUPERMAN editor Mort Weisinger with the script and Paul Norris and Chad Grothkopf confirm that they did the art. Norris (later the creator of BRICK BRADFORD) had already been drawing the SANDMAN strip! In fact, it would still be three two issues after this before Joe and Jack arrived. 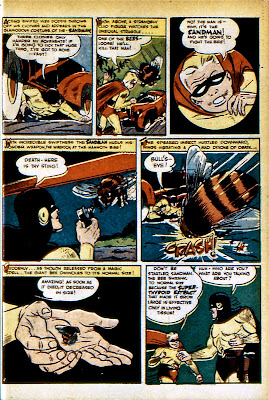 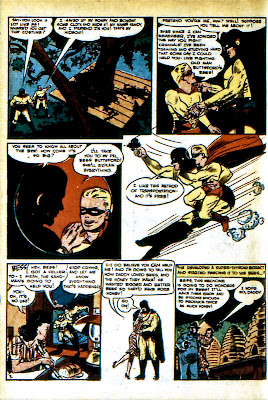 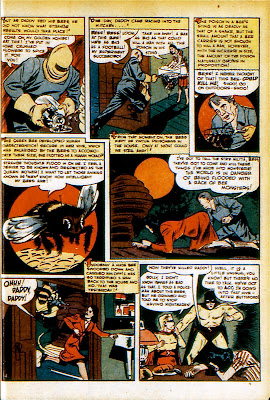 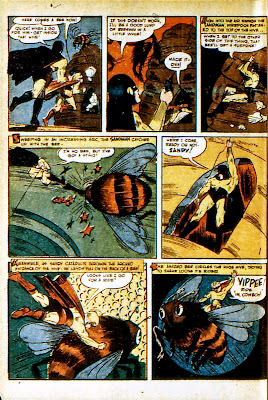 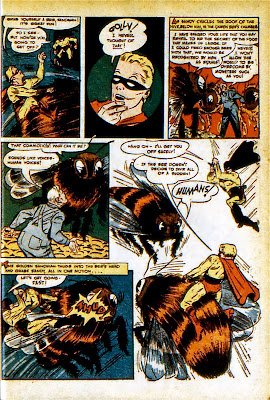 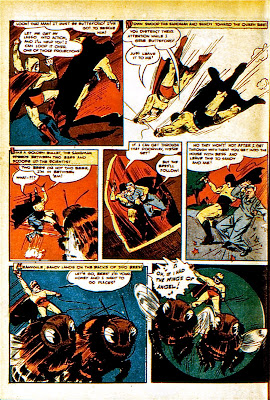 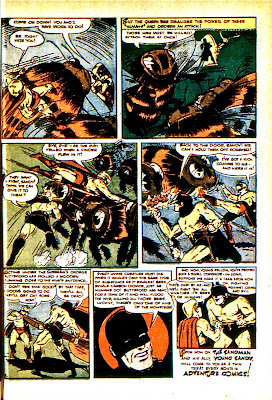 Posted by Booksteve at 9:57 AM

Y'know, both Simon and Kirby were alive when claims began being made that they'd been responsible for the reworking of the Sandman. 'Twould've been good for at least one of 'em to have spoken-up. Oh well.

As for me, I've always preferred the original Sandman both to this Sandman and to the Sandman that Kirby produced in the '70s. But I'll grant that the first incarnation couldn't have found a sufficient market until sometime in the '70s.