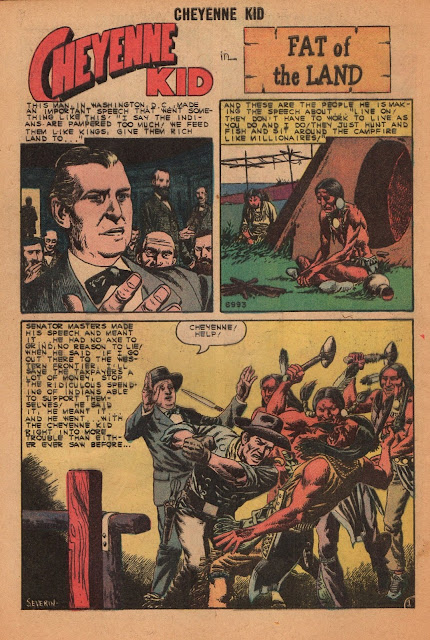 Artist John Severin was already a "name" at Prize Comics when he went to EC for a contentious stay in Harvey Kurtzman's stable. After the Code came in, he settled for long stays with both CRACKED and Atlas/Marvel but he also turned up regularly at Charlton for a whole, too! Film buffs will recognize Laurel and Hardy's sometime nemesis James Finlayson as the Big Bad. Years later, at DC, Jack Kirby would also base a character explicitly on Fin! 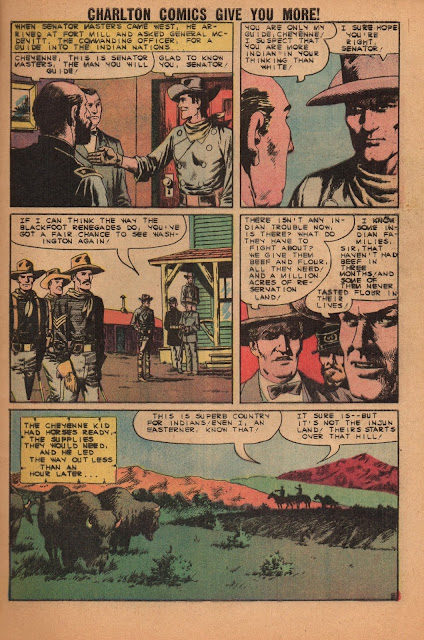 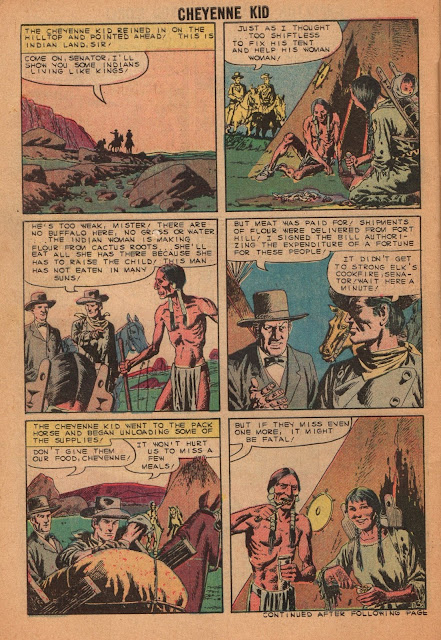 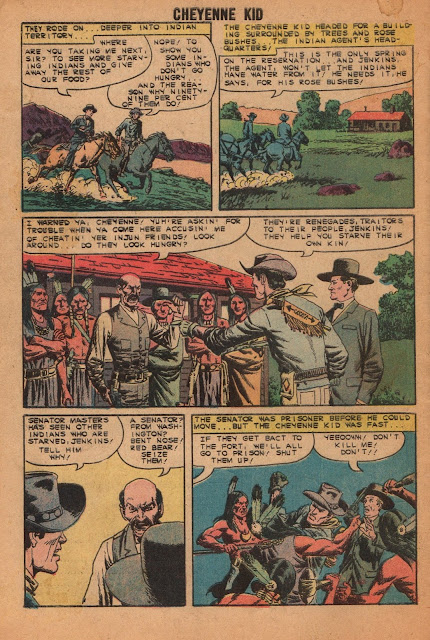 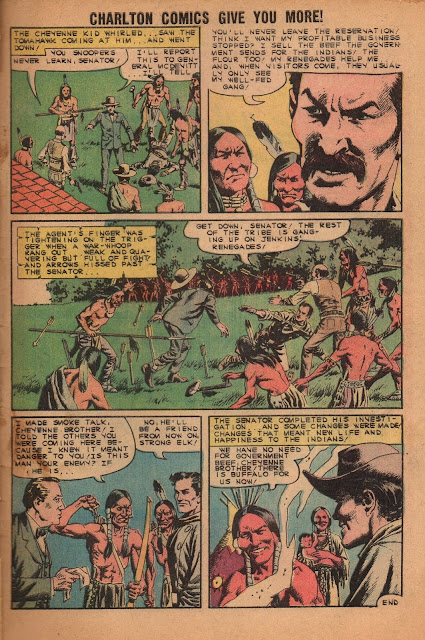 Little known fact (because I just made it up): the Cheyenne Kid's hat style was the inspiration for Sgt. O'Rourke in the TV series "F Troop."