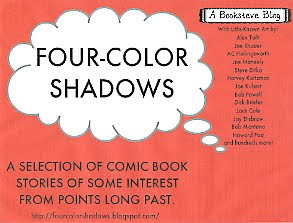 Ten years and 3100 posts later, we're done. And on a Friday the 13th, yet. I know I said that once before and I was only gone a few months but this time, I think it's enough. Odd to go out with two B&W posts.

In case you're curious, our most popular post by far has been THE FLAMING SCAR by Al Williamson, posted in 2012. Don't ask me why. I mean, it's great, but...It still manages hundreds of hits per day, and the ever-growing overall total of views is more than triple the next best!

You can find it here: http://fourcolorshadows.blogspot.com/2012/02/flaming-scar-al-williamson-1965.html 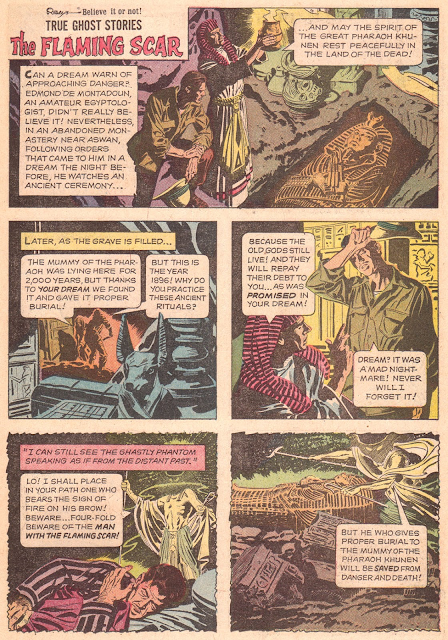 Our very first post, in 2010, was the first of many by Alex Toth, an artist I've come to admire more and more over the years. Thus, there were many more Toth posts. I also learned to pronounce his name correctly! "TOETH." I had always called him "TAWTH."  ;P 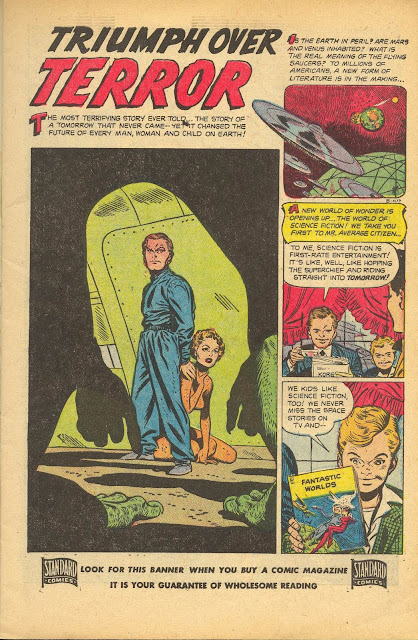 My personal favorite post is probably this one, the completely fictional but official at the time story of the creation of Batman and Robin. 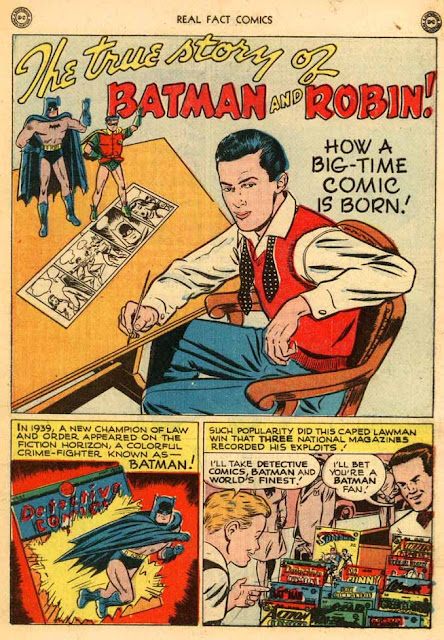 I've discovered a lot of new to me comic book artists via this blog and I hope you have, too. Bill Williams, Ed Moore, Harry Lazarus, Lou Cameron, A.C. Hollingsworth, Al Bryant, Bill Woggon, and many, many more.

All 3100 posts will remain up and comments will continue to moderated! Lots of good reading! Tell your friends!

Anyway, it's been fun, and who's to say I won't post a story or two now and then over at my main blog, Booksteve's Library?

So again, thanks all for the ride. It's a weird world in which we find ourselves and I hope all of you take care out there as we make an effort to ride out the weirdness. Keep low.
Pax.

Oh man! Steve, thanks so much. I hope you never felt taken for granted. This blog was THEE blog for me all the overnight shifts or late night train rides... you will be missed, as you are a great curator. And selfishly, I think many are hoping you will reconsider.

I am sad as another blog I follow daily is ending, so many just this past year. Thank you thank you for all your work. I will start at the beginning again and enjoy it as before. Take care!

We will miss you very much, Steve. Thank you for the wonderful gift you have given us for so many years.

Just when I started doing regular comments! Well, thanks for all the stories, good luck on future endeavors!

Sorry to see you go, but of course there are many other things in life worth doing & experiencing. Personally, I thank you to introducing me to Holly Chambers & Gordon Sheehan, even if only in passing. Another personal favorite was the Jack Kirby/John Severin Yellow Claw story. I enjoyed all the Joe Edwards li'l Jinx stories and thanks for 'The Ravens of Doom' which had haunted my memories for something like forty years. For all that & more, thanks for going to the trouble of sharing things. You're welcome back anytime.

It is said that all good things come to an end, which is so sadly true with this blog ending today.
I rarely posted many comments since I had little to say, but allow me to tell you of my (and everyone else's) appreciation for hard work in making this blog and all the great stories you posted over the years. Your efforts were appreciated even if comments were few and far between.

While I am sorry to see you end the blog, once something changes from a labor of love to a loveless labor, then you know in your heart of hearts it is time to end the work before it becomes a drudgery worse than a 9 to 5 job.

Once more I say to you thank you for all your hard work.

Thank you so much for making this blog. One of the best Blogs ever. I follow it since the beginning. Again a million thanks from a comic book hard fan from argentina!

Hang on, I only just found you! I was looking up Alex Kotzky after coming across him on Doll Man in DC’s new Wanted collection. .

Darn. But all the best!