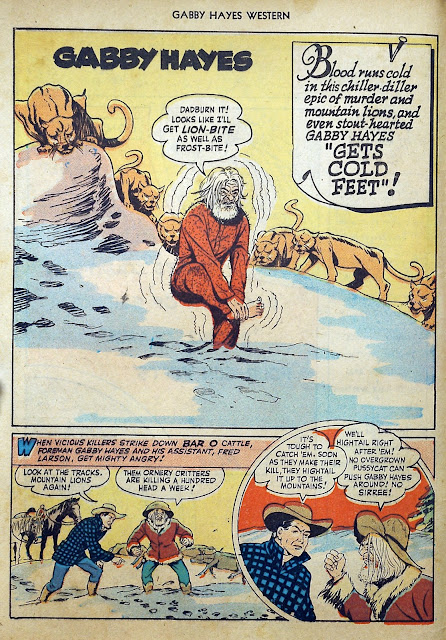 With temps falling rapidly to near zero here, this seemed an appropriate story. Gabby Hayes was perhaps the ultimate western sidekick, appearing with Roy Rogers and others for many years as well as in his own films and later TV series! He had his own comic, too, from multiple companies. GCD doesn't even speculate on the art here but it sure looks like the work of Pete Costanza to me and the fact that this is a Fawcett comic makes that a pretty educated guess. 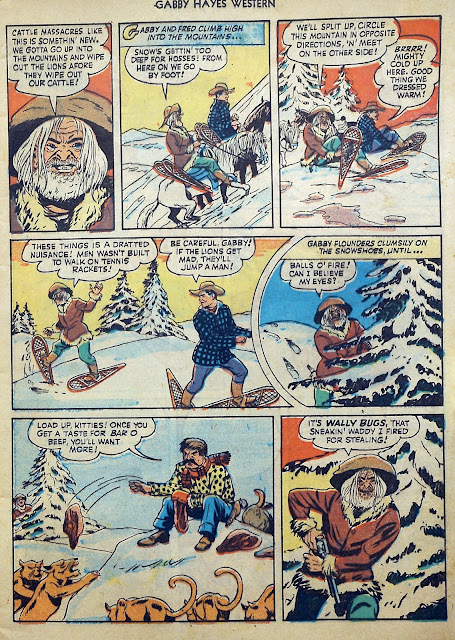 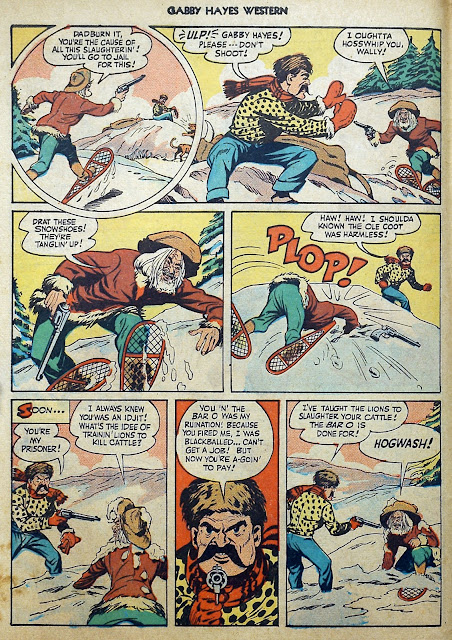 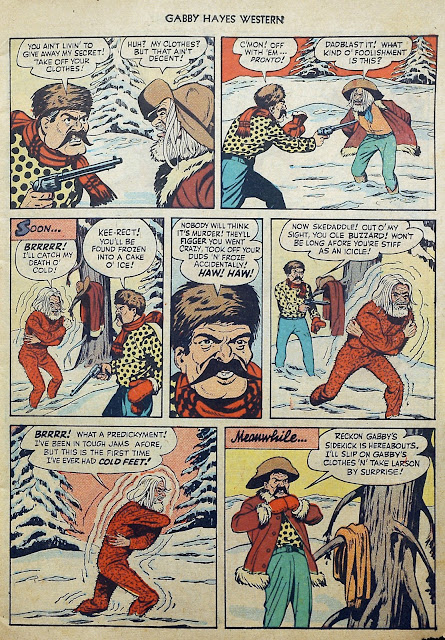 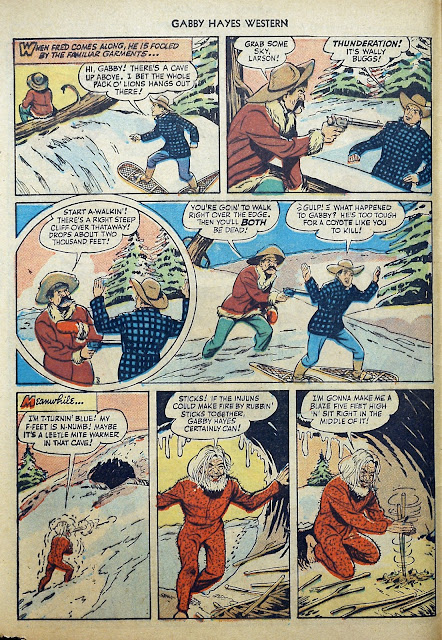 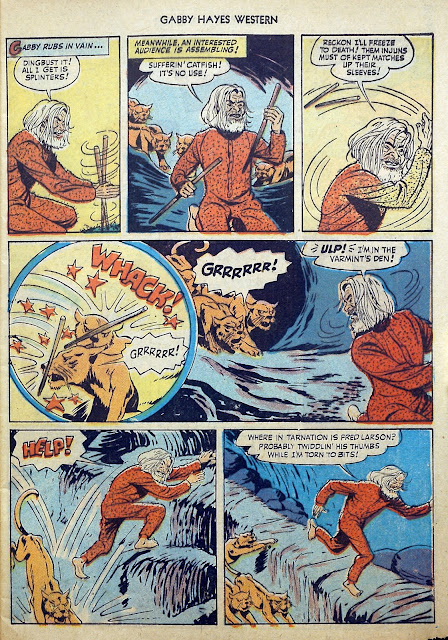 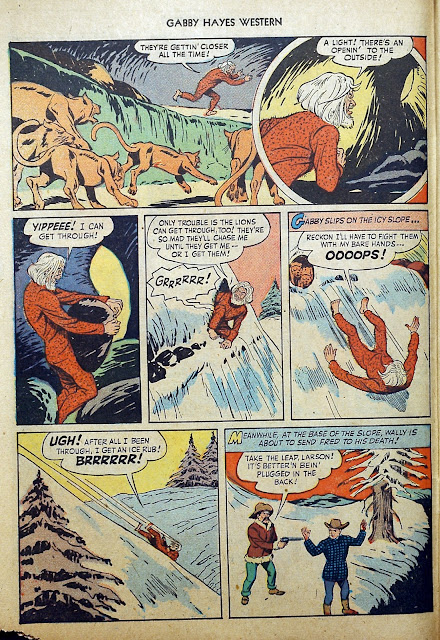 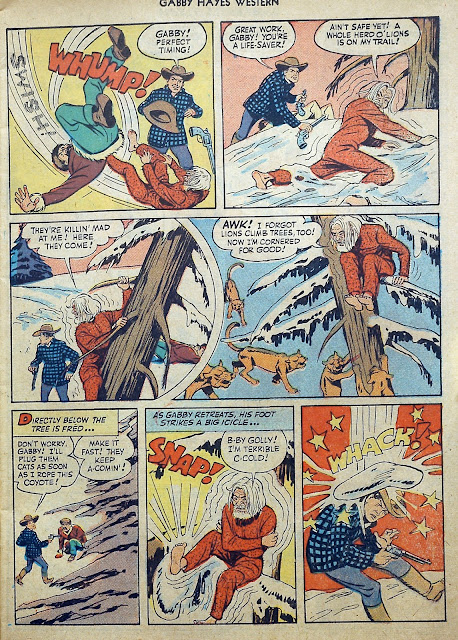 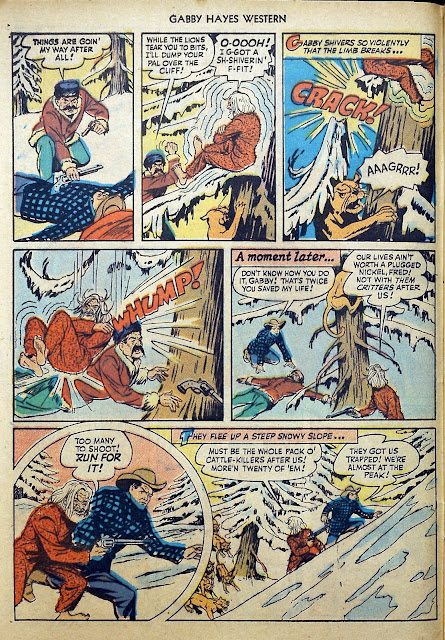 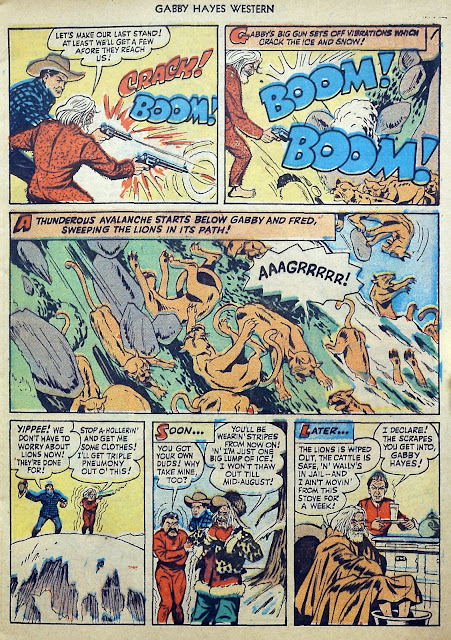