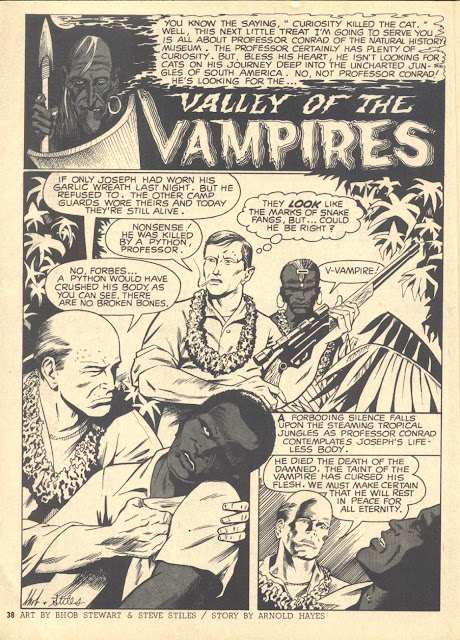 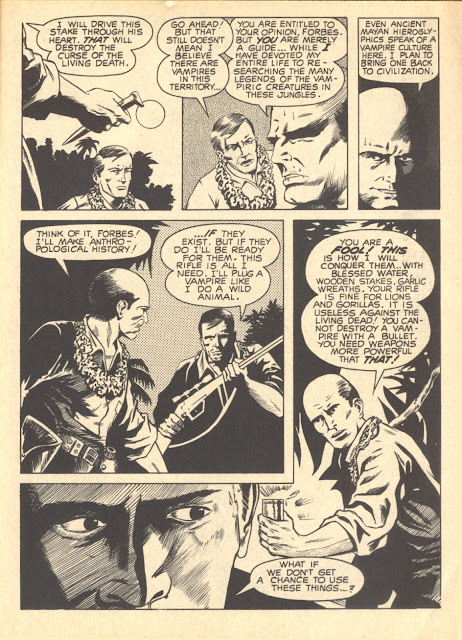 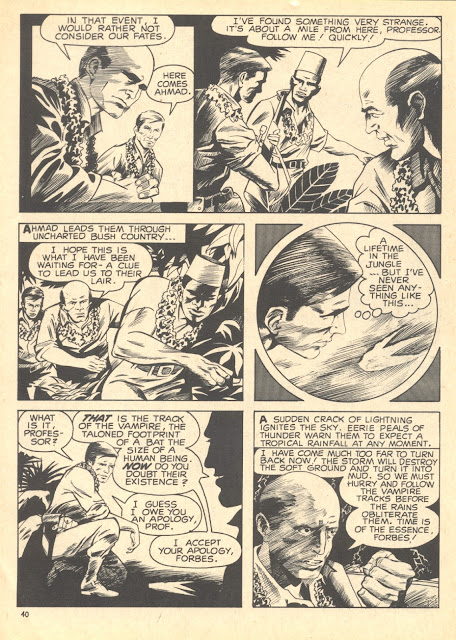 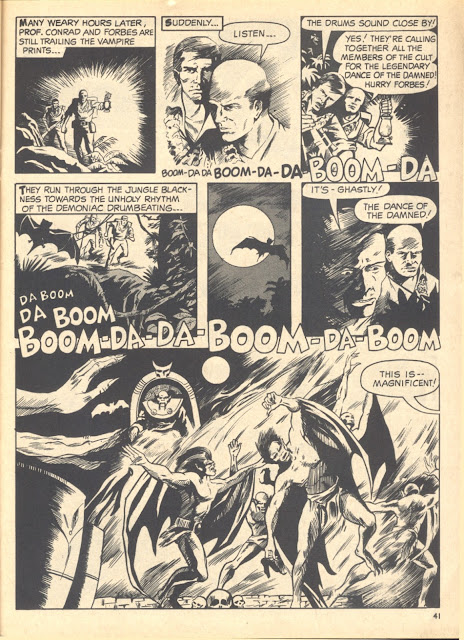 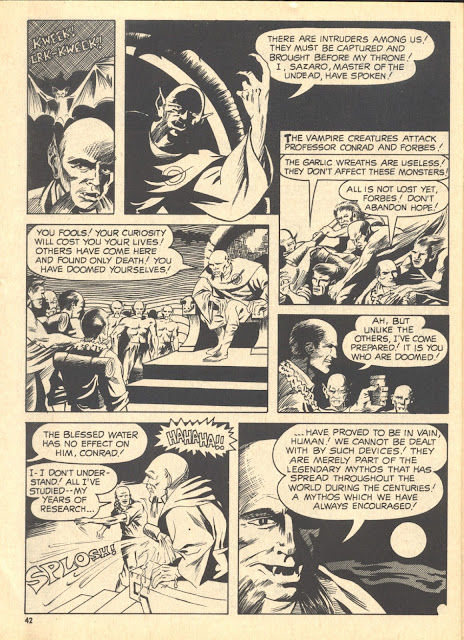 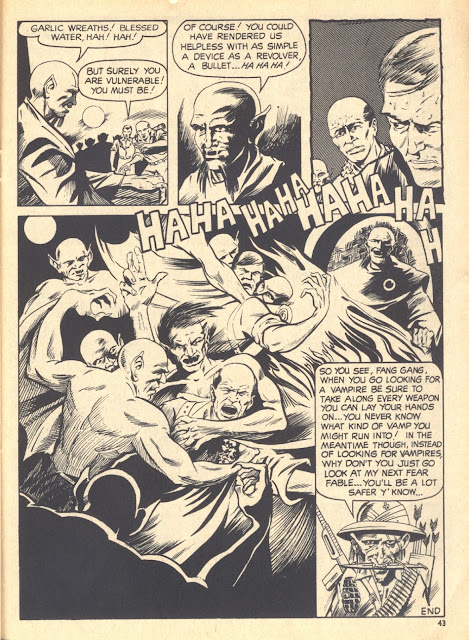 Fun early Creepy, I liked the Warren mags through all their iterations, and Creepy was the one that kind of stayed "on brand" the most.

The story has a good setup, the professor re-iterates the myths, and Forbes re-iterates about his gun, until he gives it up. Not that it would have done a lot of good, it's a single rifle, they would have been over-run long before he could put it to use, but on this twist endings lie!

Paced well and good B&W art. Lots of good stuff in those early years of Creepy when it was exclusively doing your EC inspired stories. The last panel of Uncle Creepy is very humorous!