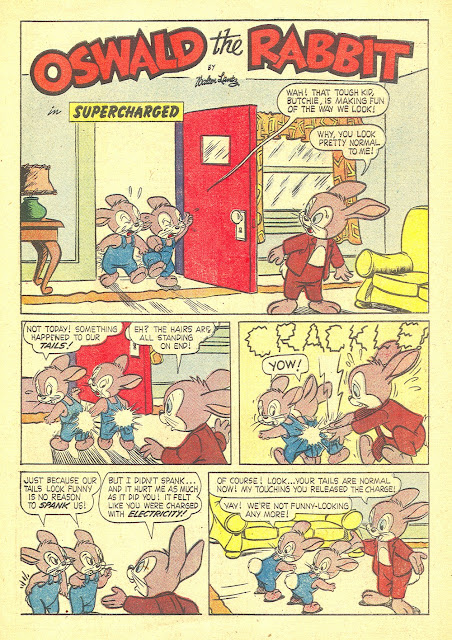 Oswald the Lucky Rabbit was an early big hit for the young Walt Disney. Eventually, though, Disney left Oswald behind to create the more anarchic (in those days) Mickey Mouse. Oswald went to another Walt, Walter Lantz, who eventually redesigned the black and white character into a more modern looking one...who was soon supplanted by Lantz's more anarchic new character, Woody Woodpecker. This version of Oswald petered out as a Mickey-style suburban funny animal in Dell comics including this cute story with its cross-dressing ending!

Half a century after this, the Disney folks would become home to Oswald again, restored to his original black and white version and now far more anarchic than the modern Mickey! Will wonders never cease? 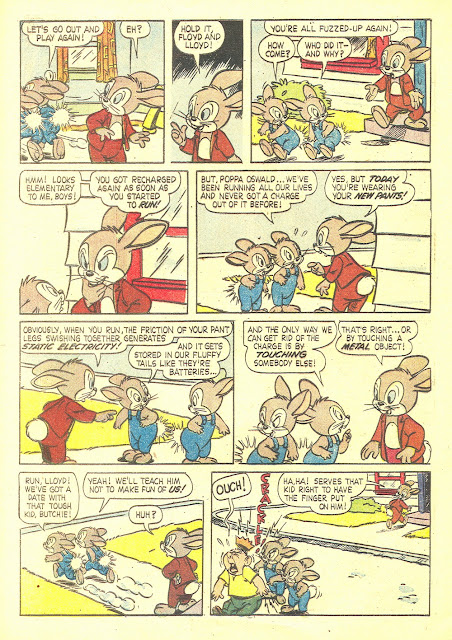 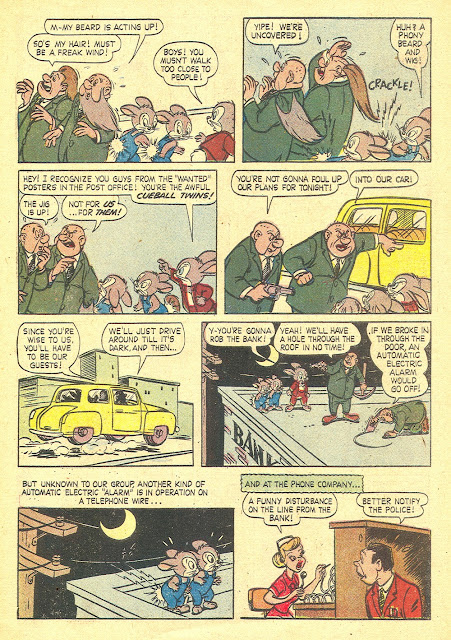 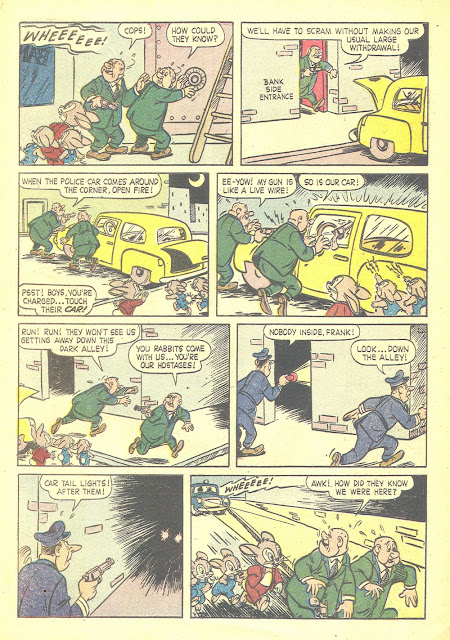 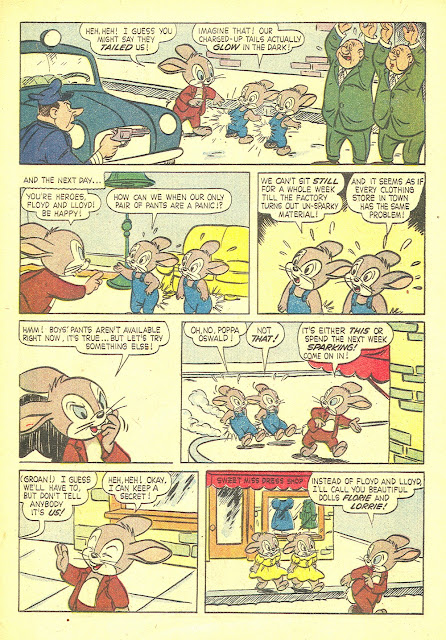 LOL! From your stance,that event comes across as more intentional and voluntary on Unca Walt's part. Suffice it to say, if Ozzie hadn't been taken from him, there would have been no need to create a similar character to take its place (Some double-crossing to go along with that cross-dressing)